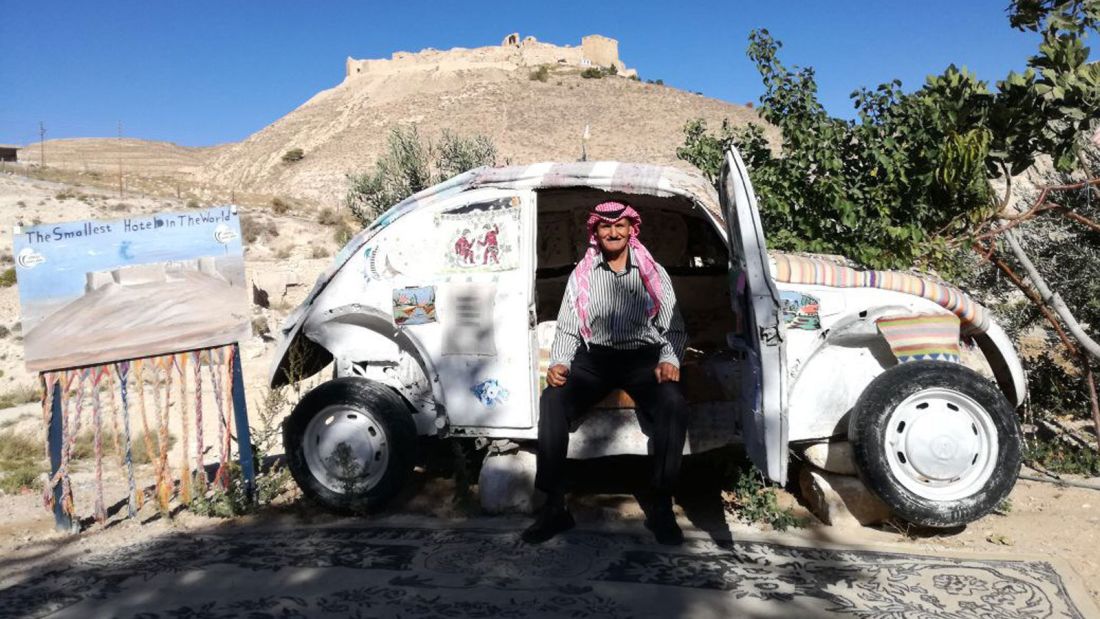 Idea of ​​the Ladybug Hotel in the desert of Jordan
The Ladybug Hotel was opened in 2011 by its owner Muhammad Al-Malahim, and Al-Malahim chose the desert of Jordan in order for the hotel to possess a breathtaking landscape. The epics recycled one of the old Volkswagen cars that were known as the Ladybug, and completely emptied them from the inside, so there was nothing left of them. Except the structure only, and after that he adorned the interior and exterior to fit the desert nature of the hotel, and brushed it from the inside using sponge and colored fabrics, and all the contents of the car were made from the inside with handcraft, which gave it a very attractive character. 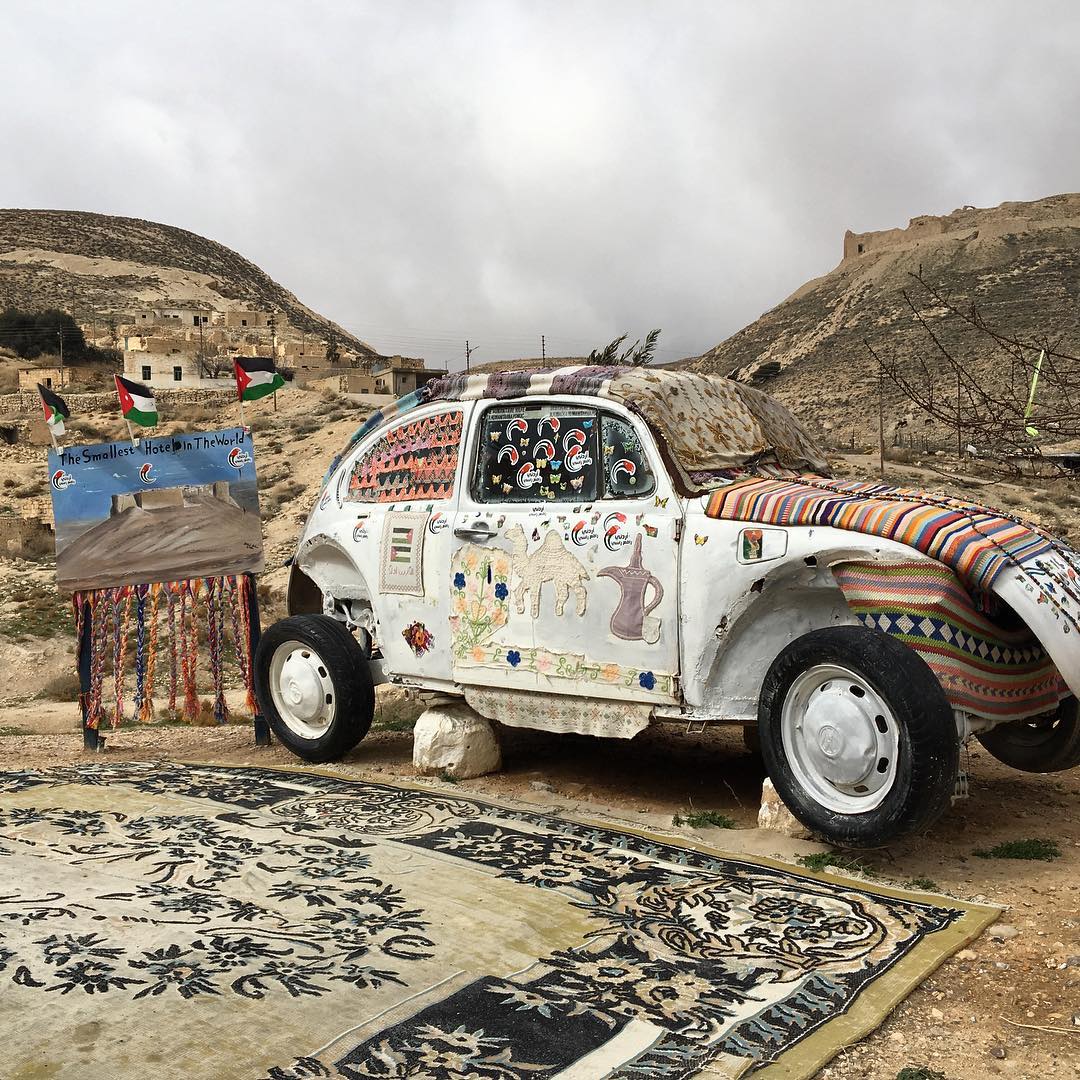 The epics designed the hotel lobby in a small tent attached to the car. The hotel also offers residents a range of local snacks and some drinks. A group of small bazaars where antiques, copper items and homemade silver products are also joined to the hotel.
Inside the car there is also a set of memorial photos of visitors, as well as tourist attractions in Jordan. 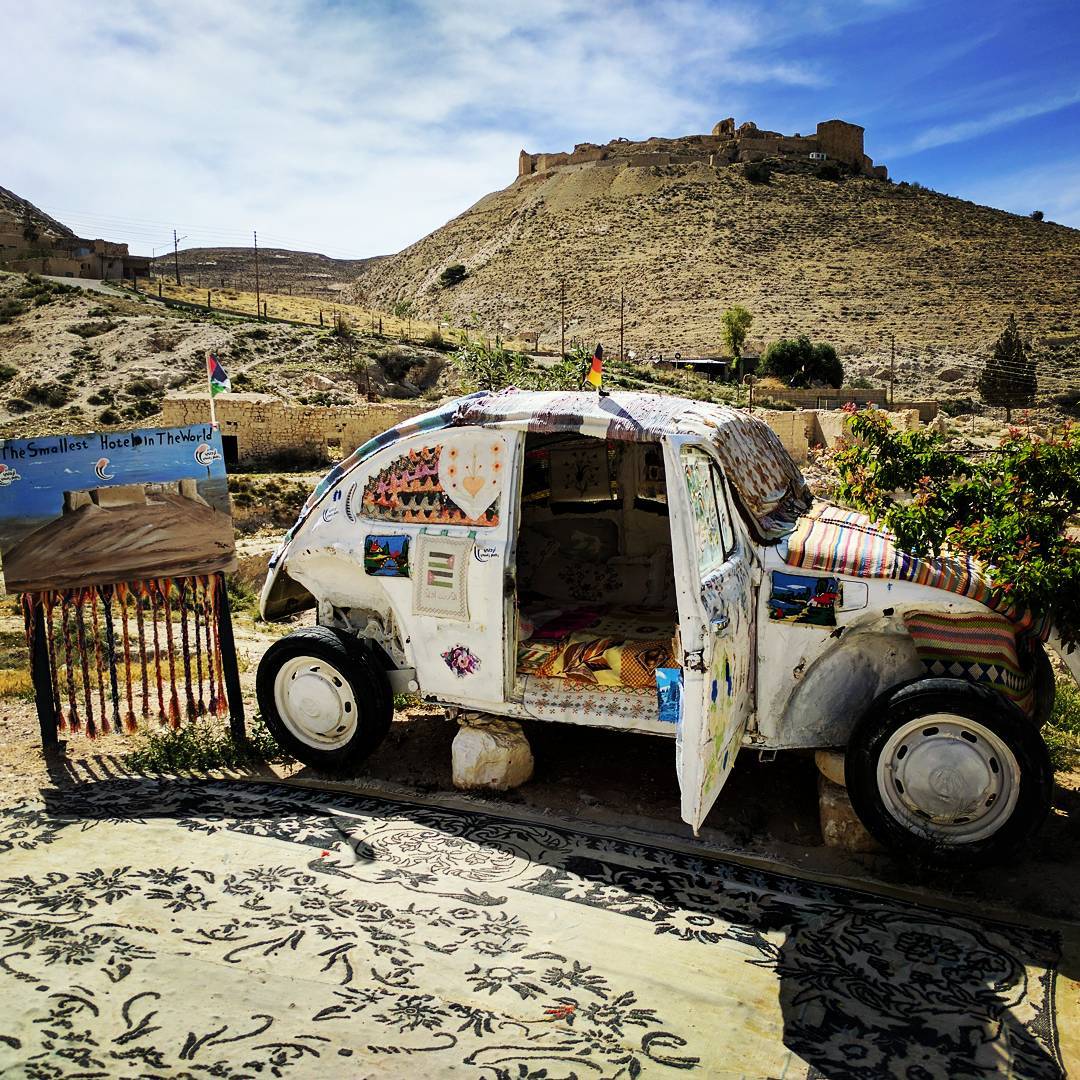 The Ladybug Hotel website
The Ladybug Hotel is located in the village of Al-Gaya located in the central desert in Jordan, specifically near the ancient castle (Montreal) that dates back to the twelfth century, and the epic says that this is the village in which he was born and lived throughout his life, and one of his most important goals in establishing Hotel (Al-Khansafah), besides increasing the income, it wants to attract the world’s attention to tourism in Jordan, and in particular the village (Al-Jaya), which it considers one of the most important desert areas in the world. 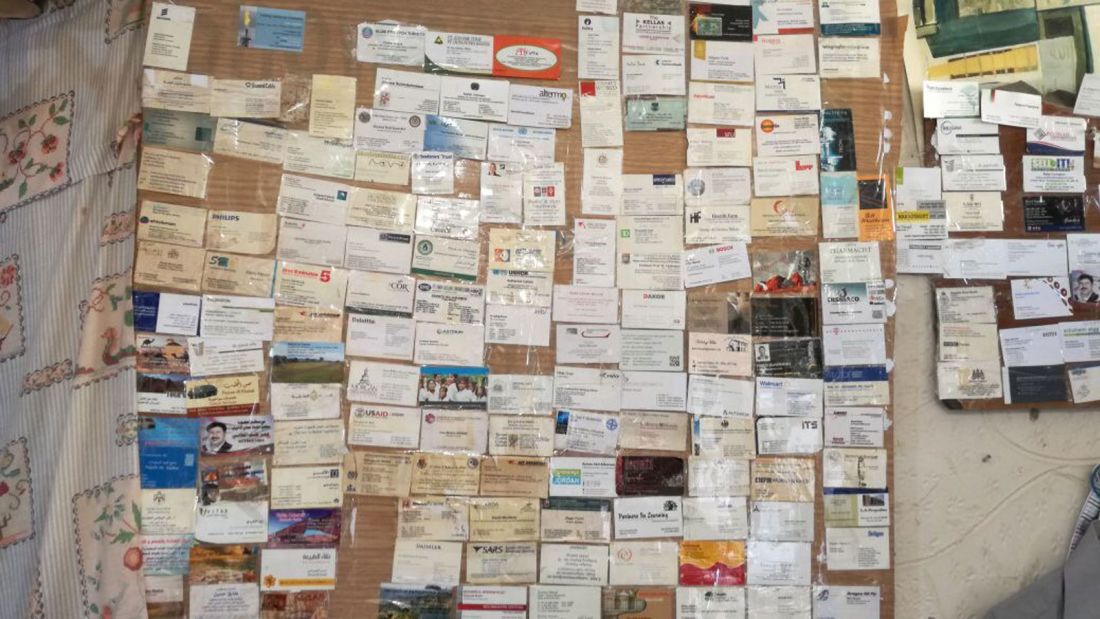 The cost of accommodation in the Al-Khanbfa Hotel
If you want to enjoy this unique experience and spend a night in the (Ladybug Hotel) in the village of (Aljaya), it will not cost you more than $ 59 USD per night, and this price includes breakfast and a number of local drinks such as Arabic coffee, and although the epics strive with all The power of his hotel to obtain the title of the smallest hotel in the world within the Guinness Book of Records. However, this title is still maintained by the Eh’häusl Hotel located in the German city of Amberg, with a total area of ​​only 53 meters. During the coming period, he intends to expand the hotel area using p Retrieve more old Volkswagen cars and recycle them again, so that the hotel can receive more visitors.

Avoid these costly mistakes when you first visit Disneyland