Arab demand is currently increasing for tourism in Eastern European countries, as it offers tourist programs full of enjoyment and cultural experiences in addition to their relatively reasonable prices.

Among the countries that are admired by tourists around the world is Hungary, which has a long European history and welcomes its visitors with impressive historical architecture.

In the capital Budapest, visitors have a lot of fun, as the city offers many interesting tourist attractions that can be easily moved between, Explore these interesting landmarks with us ..

One of the most important archaeological castles in Europe, where you can wander around the castle, learn about the history of the city of Budapest and take pictures of the most beautiful buildings with wonderful castle.

Many festivals, cultural, artistic and entertainment events are held in this castle every year, as visitors enjoy a pleasant time in history.

Budapest and Hungary are well known for their spa culture and spread throughout the country, and they enjoy a variety of rituals and treatments that vary between cities and the countryside.

Tourists are keen to have a visit to the hot baths in Budapest as it is an enjoyable experience and makes you more relaxed in the implementation of the rest of the tourism program.

A vast space for lovers of shopping, walking and learning about different cultures, where visitors can wander between different types of goods such as vegetables, fruits, clothes, souvenirs, and others.

On this open market, you can also try fare on the way to Budapest, such as goose liver and hot sausage, which is famous for Hungary and fried bread with cheese and cream.

Fassi Street is the most important shopping street in Budapest as it contains international stores, the finest clothing brands and more for shopping enthusiasts.

Tourists can enjoy shopping, spend quality time, and have a rich Hungarian coffee and bakery in the ancient 19th-century Gerbiod Café.

One of the most important historical monuments in Budapest, which is a Roman and Gothic fortress, with seven amazing towers and a complete view of Budapest.

You can enjoy a tour of history in the arms of nature at the Castle of Hallapastia, which has been repelling attacks on the city in past history.

Visitors of history, art and architecture, prefer to visit St. Stephen’s Church and are keen to take memorial photos there.

Budapest was previously two cities, Buda and Best, before the union between them took place in 1873, and tourists prefer to visit the suspension bridge that connects the two cities.

The Danube separates the two cities and can be crossed across the bridge. Buda is characterized by its mountainous nature and being the center of present-day Budapest and includes the most important political buildings and parliament building.

While Best includes the most beautiful rural scenes, green landscapes and historical Gothic and Roman monuments that embody the history of the region and the period of Austro-Hungarian rule. 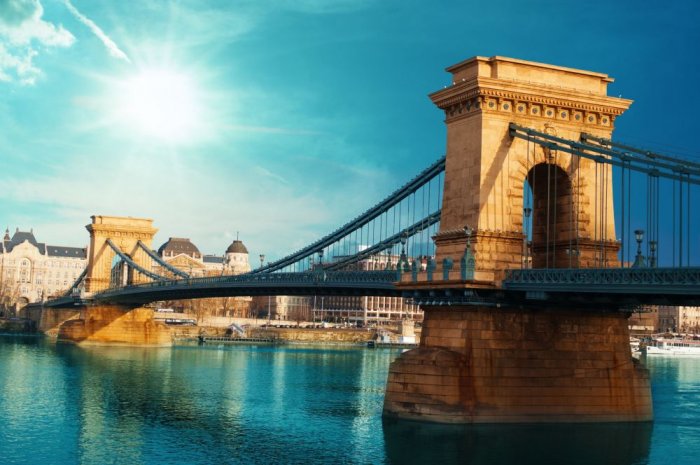 The suspension bridge in Budapest 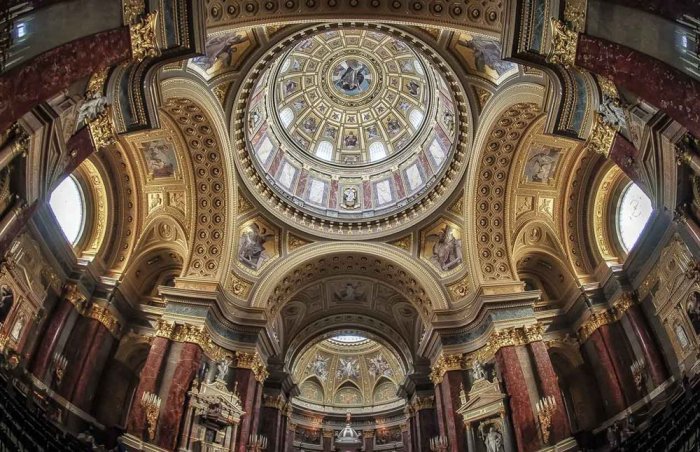 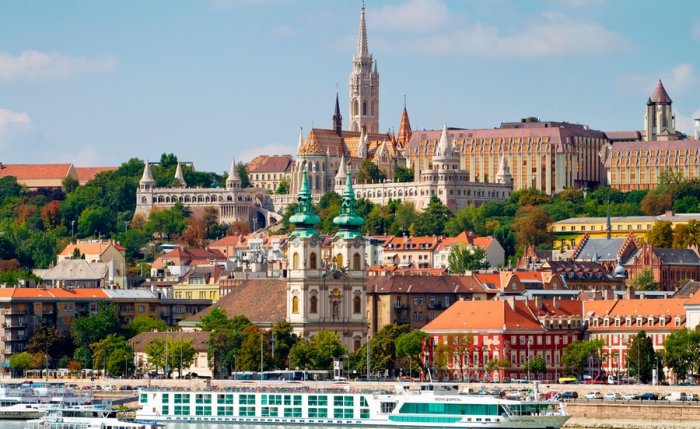 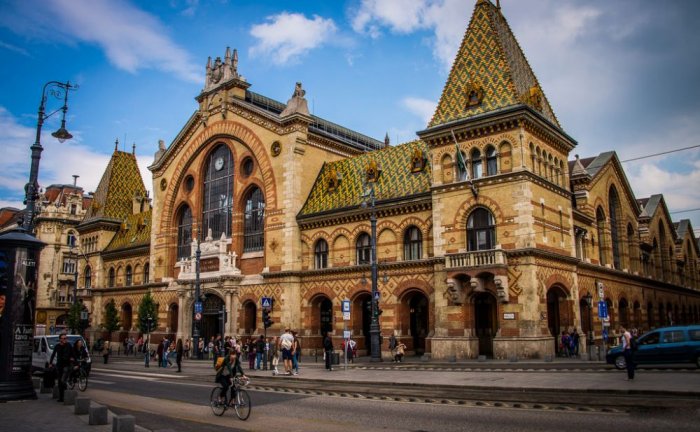 Entrance to the Central Market in Budapest 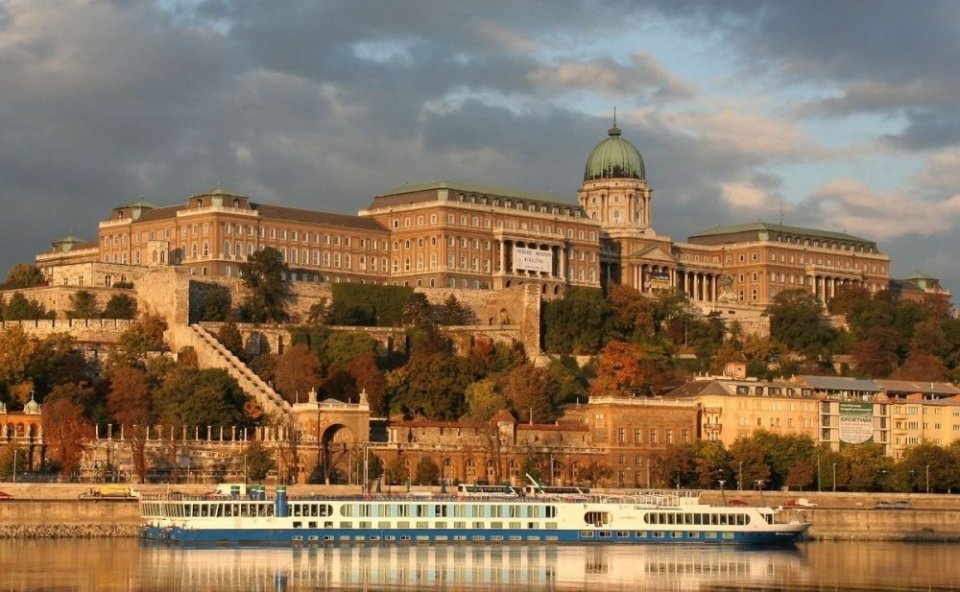 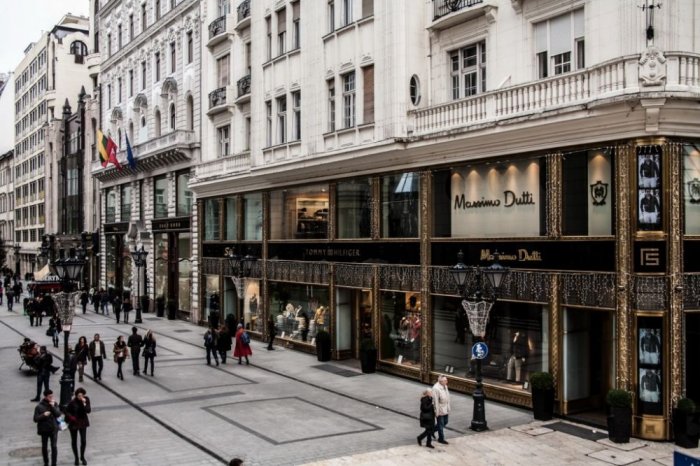 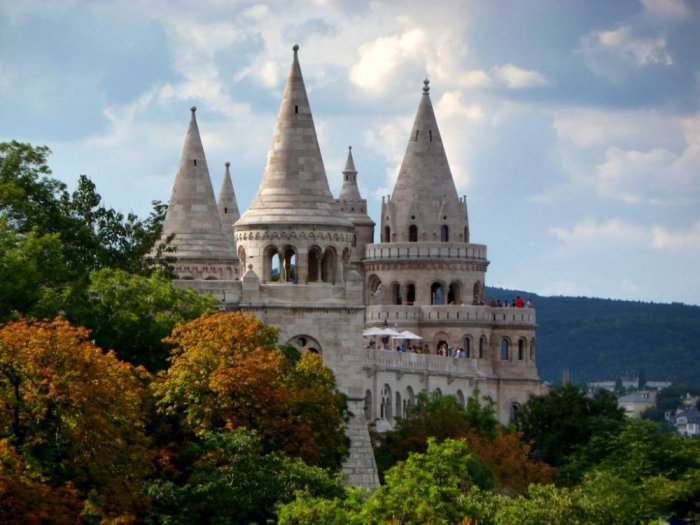 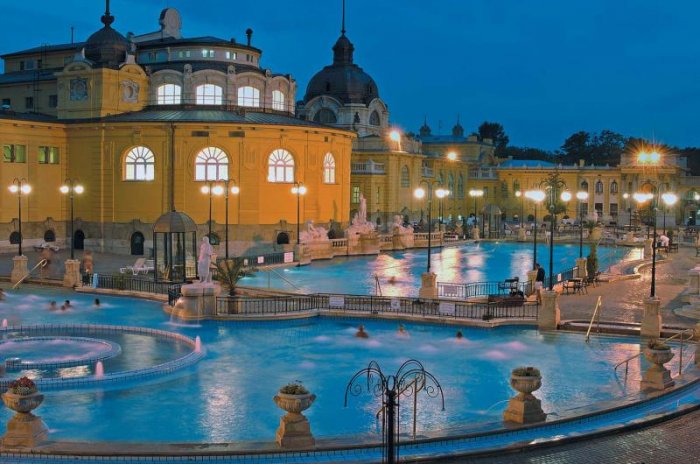