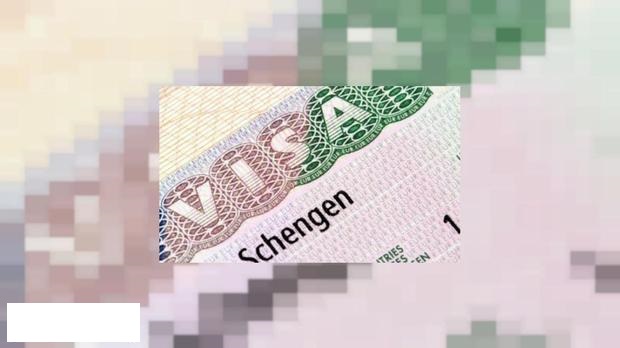 Passengers in the European Schengen area are now required to pay a higher fee for this visa, starting in January 2020.

This comes after the Council of Europe approves today the amendments to this visa.

The fees for this visa will increase by 33 percent from 60 euros to 80 euros, and a press release said in this regard: “To ensure that member states receive a better cover for the cost of issuing the visa, the price will increase from 60 to 80 euros, and the price will be reviewed every 3 years. To see if it should be changed. “
After the final approval of the Council of Europe today, the amendments will be published in the official newspaper of the European Union, and six months later, they will take effect, beginning in January 2020.

The changes will also include other changes that were proposed by the European Commission last year in an attempt to make travel easier for ordinary travelers in the Schengen area.
The new changes include allowing visa applicants to submit it within a maximum of six months and a minimum of 15 days for the flight date, and currently the maximum is 3 months
The amendments also include strengthening cooperation with non-members of the Union in relation to the immigration file, and the European Commission will assess this cooperation, to reduce the value of the visa and the time to decide applications for cooperating countries, and vice versa for non-cooperating countries.

The Schengen area has 26 member countries, of which 22 are European Union countries, and the remaining four are Iceland, Switzerland, Norway and Liechtenstein.
Bulgaria and Romania have repeatedly refused to join their concerns regarding corruption and the security of their borders with countries outside the Union, and no country has joined the Union since 2011 when Liechtenstein joined.
And Schengen gives travelers freedom of movement between all countries by land and air, which reduces time and effort, and the holder of a Schengen visa from outside it can travel through the countries of the region over a period of 90 days.

While the Second World War ended in 1944, Belgium, Luxembourg and the Netherlands formed a tripartite federation known as “Benelux” with the aim of overcoming the difficulties of the following decades, hoping to boost trade through a customs agreement.
The Treaty of Rome came in 1957 to adopt Benelux and establish the European Economic Community to expand the customs union to include six founding members, Benelux plus West Germany, France and Italy.
In the early eighties, the European Community included ten members, the borders between them were reduced, and if they did not reach to raise them altogether, the Member States were divided and half demanded that freedom of movement be restricted to the citizens of the European Union, and thus the internal borders continued to distinguish between the Union citizens and foreigners.
The five countries that desire complete freedom for humans and goods (the three Benelux, France and West Germany) have been left to the founding of a region that became known as the Schengen zone.
During the Luxembourg presidency of the European Economic Community it was entrusted to the small country to choose the location of the signing of the agreement and Schengen was the only place where France and Germany together border one of the Benelux member countries, and then it was chosen.
In 1985, representatives of West Germany, France, Luxembourg, Belgium and the Netherlands signed the agreement aboard a cruise ship, MS Princess Marie-Astrid, which was docked in the waters at the site of the triangular border of the Moselle River.
The signing of the agreement did not attract much attention at the time, and many European officials did not think that the agreement would be truly implemented, until the signature of any of the five signatories was not attended by the head of state.
But the Schengen agreement exceeded expectations, which it considered “an experience that will soon fail.”

You have to do a unique beach experience in Palm Jumeirah