Known in pictures of the short water tanks 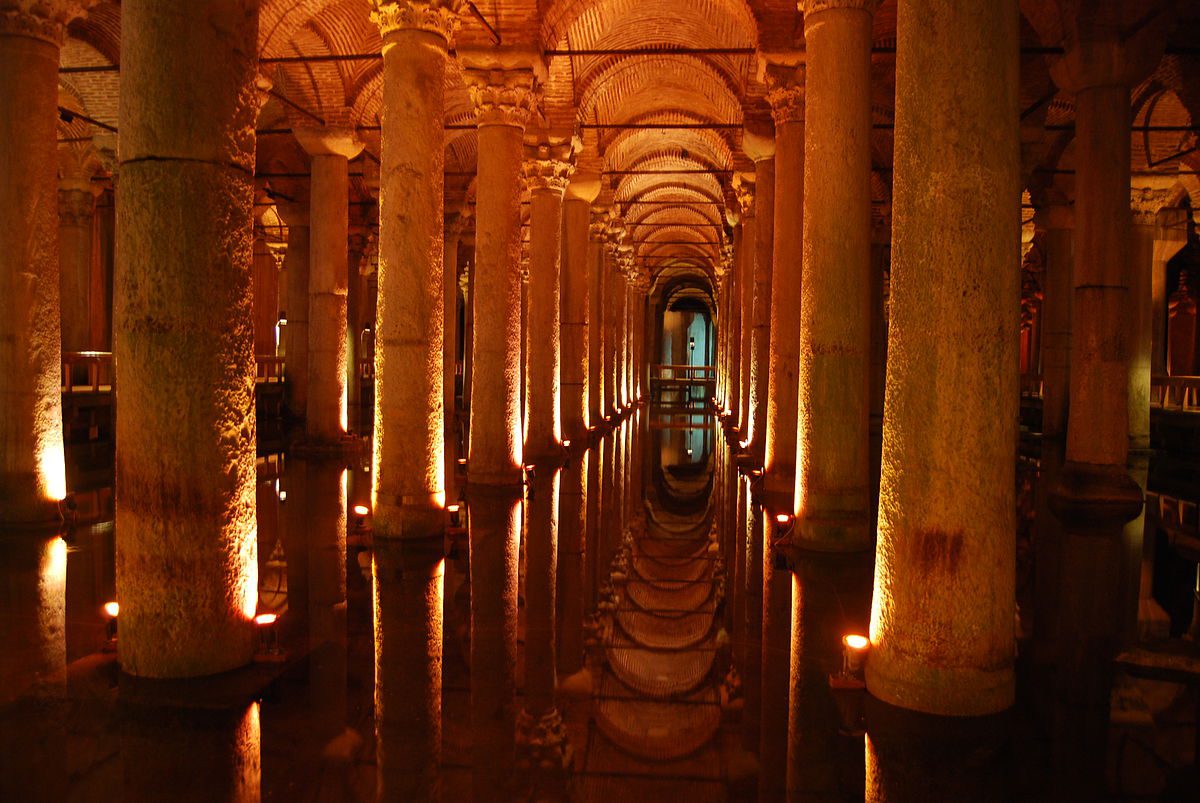 Water tanks in Istanbul or as it is called the basilica tank or the basin of the cathedral or submerged palace, in the English language it is called Basilica Cistern, and in Turkish it is called Yerebatan Sarnıcı, and it is the largest floor reservoir among hundreds of old tanks.

These tanks are located under the city of Istanbul or Constantinople as they were previously called in Turkey, 150 meters southwest of the Hagia Sophia, and its area is 9,800 square meters. This tank was built during the reign of the Byzantine Emperor Justinian I. In the sixth century AD.

There are a large number of water tanks in Istanbul, Turkey, and these tanks were built in the sixth century AD, which is located below Istanbul, and the submerged palace or basilica tank is the largest tank in Istanbul, and this tank is located in the Sultanahmet Istanbul area near Hagia Sophia Museum. The name of the tank is written in Turkish “Yerebatan Sarnıcı”. 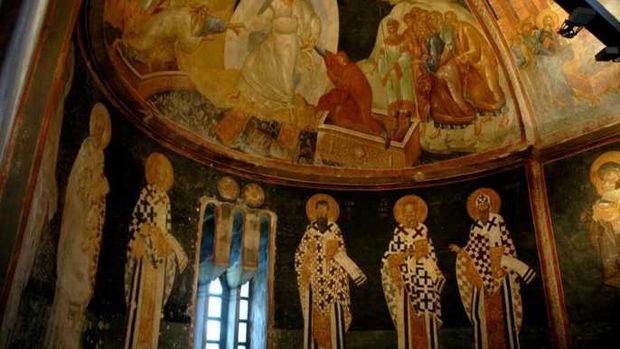 The submerged palace in the city of Istanbul is an old water tank, which then turned into one of the most important tourist attractions in the city, where a large number of tourists go to it every year, and this tank is considered the largest giant water tank in Turkey that was built by the Byzantines in the century The sixth century AD, which is also one of the oldest palaces in Istanbul.

The main entrance from the basilica tank is about fifty meters from the Hagia Sophia Museum, which is a small room, which takes the visitor to an atmosphere full of fun, and a world of mystery. The basilica tank also extends over an area of ​​about 9,800 square meters underground and consists of 336 columns arranged in length And in the limbs, the lights are distributed so that the atmosphere is romantic and calm.
The basilica tank is submerged by about half a meter of water, where the water forms a large pond in which the Carpa fish can be seen while swimming in it clearly. There are also bridges in the form of long bridges that link between its ends in order to facilitate the process of wandering visitors inside, as there is a group of The cafes on the submerged palace and in the vinegar there is a beautiful lounge for visitors, provides visitors with different drinks and gives them an opportunity to sit and relax.

The Basilica cistern is famous for the myths and riddles that are always told about it, in which there are legend tales where there is a head (Medusa) formed by an inverted and oblique, it transformed from the evil wanted to her into a stone, in addition to the famous wish column that is intended by a large number of visitors who wish to achieve their wishes as well as Myths explained.
It is worth noting that a large number of artistic events such as films and parties were hosted in the submerged palace in Istanbul, as he mentioned it in the novels and also visited by many famous political and artistic figures. 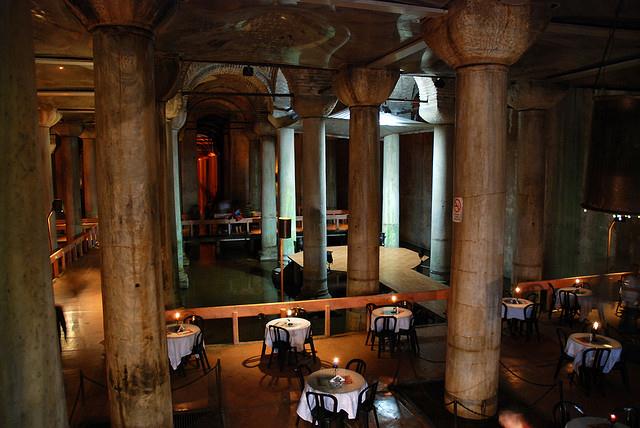 Prices for entry tickets to the submerged palace in Istanbul

The submerged palace of the basilica tank is located near the Hagia Sophia Museum, in the Fatih area of ​​Sultanahmet Ali Square, in the European section of Istanbul, Turkey.
The T1 tram can be used to easily reach the palace from Taksim Square or any other place and get off at Sultan Ahmed Station

The best things to do in the basilica cistern

Visitors to the Basilica Palace can take a unique and wonderful tour, as it contains 28 types of tall pillars and there are roofs filled with water and fish, as this tank is in an atmosphere of magic, and the exciting lighting effects is the most beautiful place, where fish can be monitored It swims in front of visitors.
_ Can not leave the palace without taking pictures of beautiful memorials in this place, especially near the column that contains the head submerged in the inverted water and called the head of Medusa
Inside the restaurant there is a very sophisticated tank, which serves distinctive and diverse seafood, where a delicious meal can be taken in light of the unique atmosphere surrounding the visitors.

The nearest Istanbul hotels to the Basilica cistern

The Million Stone Hotel – Special Category: This hotel is considered the best Istanbul hotel, and is less than five minutes walk from the tank.

Summary of Arab visitors’ reviews: The hotel received an excellent rating on-site hygiene, helpful staff, services.
The and Sultanahmet Hotel: This hotel is one of the best hotels in Istanbul and is just a few steps away from the tank. It is also close to tourist places such as Sultanahmet Mosque.

Summary of 7-star Arab visitor reviews: The hotel received great reviews for Istanbul views, cleanliness, staff, dining rooms.
Dosso Dossi Old City Hotel: It is also one of the distinguished hotels that received the highest rating from visitors, in addition to the hotel services that the staff provide with warm hospitality.

Learn about tourism in Abuja in detail