Lamamonia Hotel, Morocco, a hotel of originality and sophistication 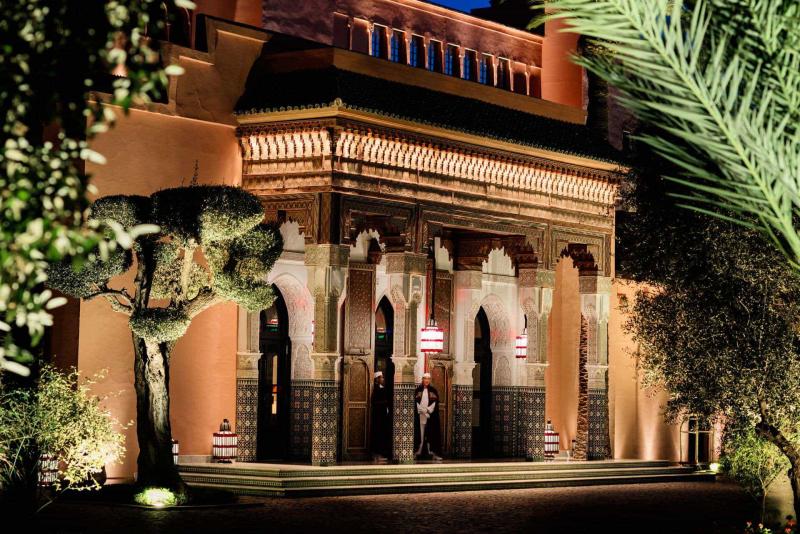 For more than 90 years, Lamamounia has been a popular destination for tourists who want to enjoy a place of great distinction and sophistication.The hotel is located in the heart of the charming legendary city, and it has extensive gardens where you can find citrus trees, different flowers, olive trees, vegetables, jacquarda, milky pine and cactus, which it uses Chefs to prepare meals for fresh guests.

A five-star hotel located in the Moroccan city of Marrakech. It overlooks the Atlas Mountains and is surrounded by walls dating back to the rule of the caliph Abd al-Mumin, the founder of the Almohad dynasty in the twelfth century. 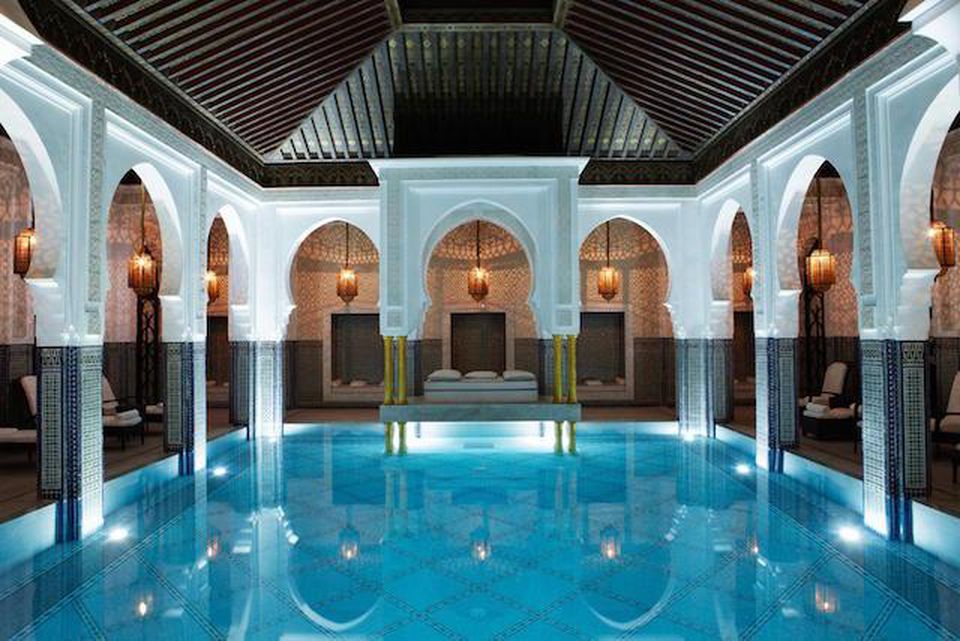 The luxury building was designed in the eighteenth century during the reign of Sultan Muhammad bin Abdullah Al-Alawi, which he ordered to design for his father Prince Mamoun as a wedding gift for him, and he called it “Arsal Al-Mamoun” which turned into “Arsal Mamounia”, then it is now “Mamounia”, except that it is It turned into a hotel in the 1920s and was officially opened to receive visitors in 1925, and at first the arrivals went to stay for long periods, and they took the furniture with them. 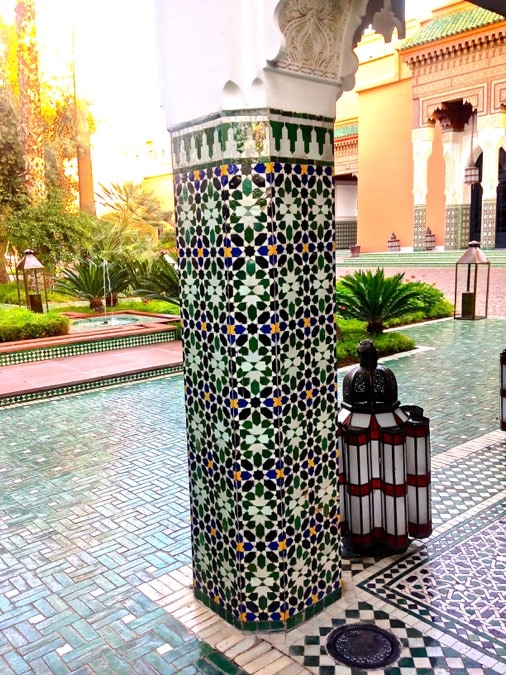 The hotel witnessed many historical events, as was visited by many famous figures from politicians, artists and businessmen, and in the fifties the hotel became a center for photographing international cinematic artwork, and the American director Alfred Hitchcock went there to photograph one of his works. 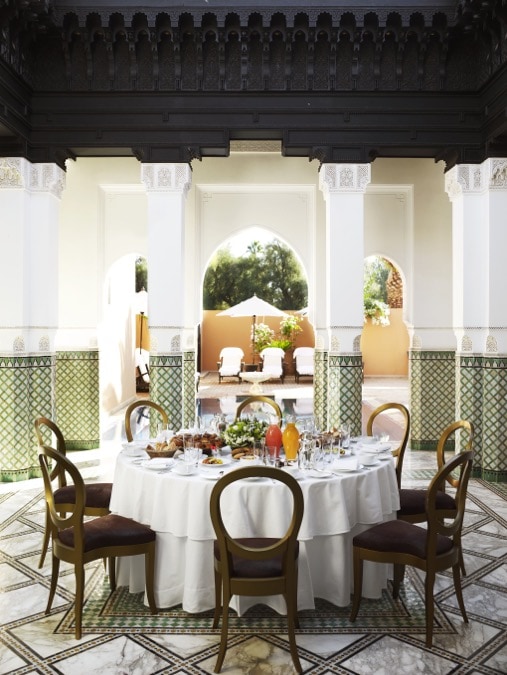 The hotel was renovated in the 1970s by orders of King Hassan II, and the order was implemented after 9 months of planning, and the Moroccan architectural work carried out by Aziz Zarrak and the French director, Julouay Cholay, who worked next to him, and in the eighties added a fourth floor, an additional wing and a casino.
In 2006, the hotel closed its doors to visitors, putting up a sign of modifications, after King Mohammed VI issued an order for its renewal, and it took three years to work on the renovations and updates. 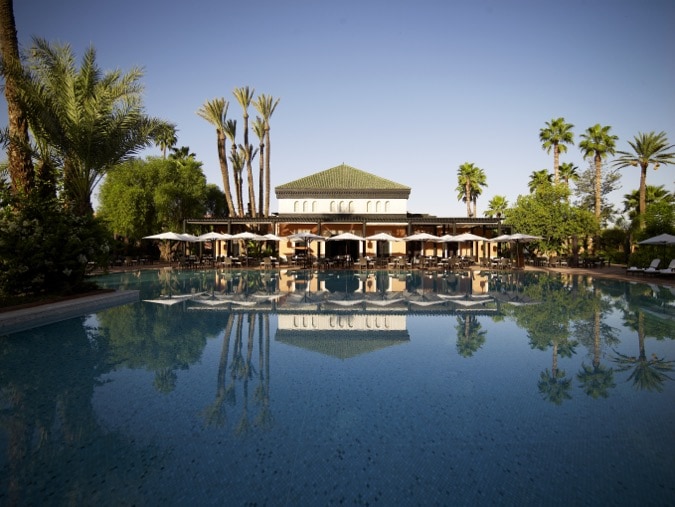 Once you enter the hotel you will feel like you entered into a parallel world or have moved to another more beautiful era, as they will receive a warm and warm reception by the hotel workers who everyone confirmed are friendly people and draw a smile all the time on their faces, and provide new arrivals almond milk With dates after settling on the spacious and comfortable sofas, the hotel also has large squares where you can find huge marble fountains and spacious pools.

The bedrooms and corridors are built in a distinctive Moroccan architectural style, with a large number of vibrant mosaic tiles and doors decorated with reliefs and velvet couches. 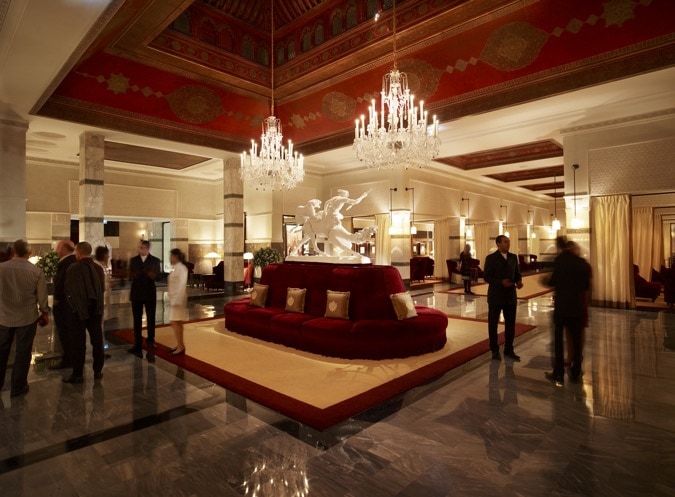 The deluxe rooms have the spacious honor that hotel visitors can enjoy stunning landscapes and views of the Atlas Mountains.

We should not forget the spa and spa located in the hotel, which includes a group of rooms that offer many treatments and famous Moroccan baths, and for researchers there is an elegant indoor pool, and a large outdoor for those who prefer to spend their time enjoying the sun. 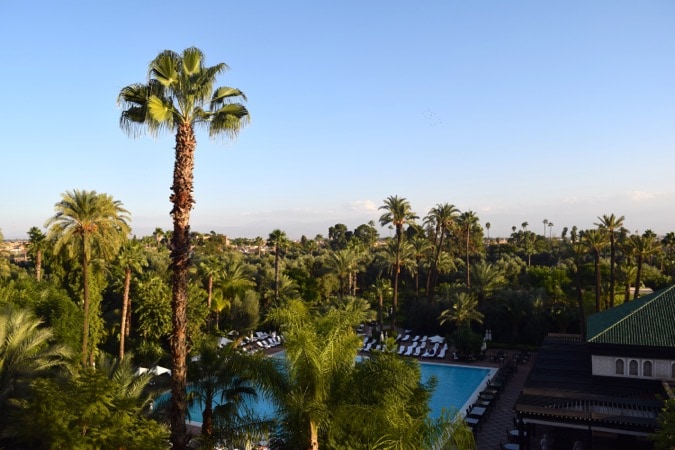 At night, guests of the hotel are pampered by offering a variety of food and beverages in the four French, Italian, Moroccan and Mediterranean restaurants that are inside, in addition to the local Moroccan music that gives the atmosphere a very intimate and private nature, which increases their enjoyment of meals that are prepared from vegetables, herbs and fresh meat .

Therapeutic baths in Budapest get to know them