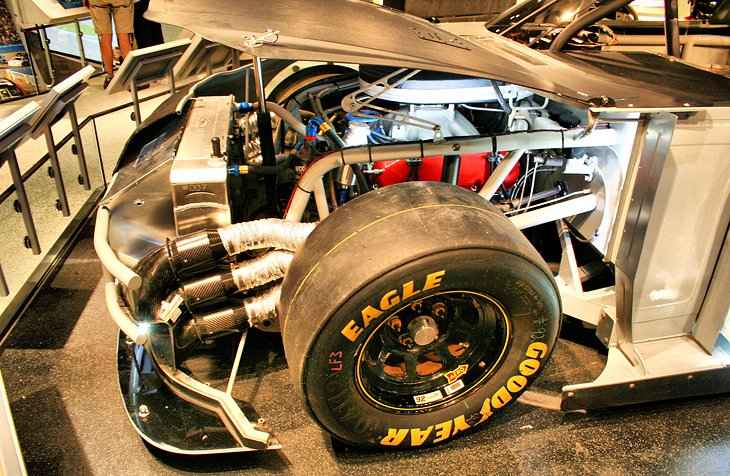 One of the best places to visit and visit in Charlotte, the perfect destination for NASCAR racing enthusiasts. It includes a huge road that simulates original racing methods. It also allows you to know the history of important motor racing.
Such as; Hudson Hornet, and Chevelle. The NASCAR Hall of Fame also contains a theater with a huge display, sixty-four feet wide.
There are also exhibitions that allow visitors to see behind the scenes of a normal race day and how teams act. 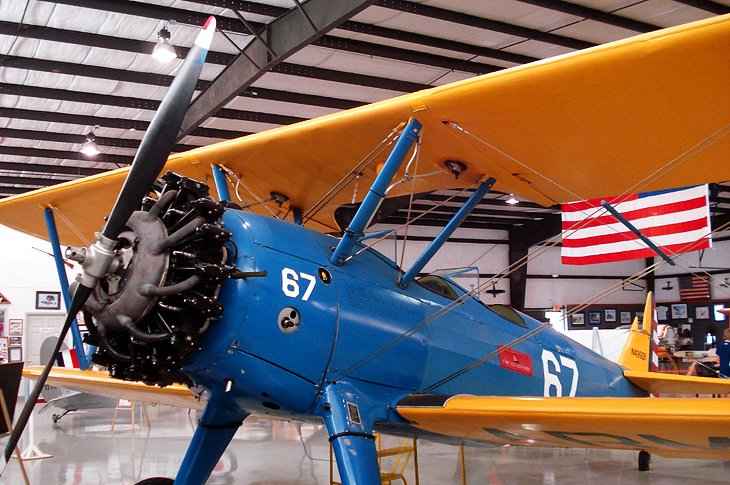 The Air Carolina Museum is a place for history lovers and tech geek, which puts it among the most important tourist attractions in Charlotte. It contains exhibitions of history, technology, and aviation development.
Also on display are a range of aircraft, including a replica on WrightFlyer. Besides that, there is a group of military weapons, one of which is the Subway Camille Piplan, one of the most important British combat aircraft used during the First World War.

Paramount’s Karounds is one of the places to visit when traveling to Charlotte if you are; you are looking for a mixture of adventure and relaxation. It is an amusement park known as the capital of excitement to the southeast.
There is a lot to do with this venue; from water rides to theatrical performances, and to a theme park. It includes a gallery of dinosaurs, allowing you to stroll through several real-life animated models.
It contains a water park known as Boomerang Bay. If you are traveling with your pet, there is a place in the park where you can leave it without worry. 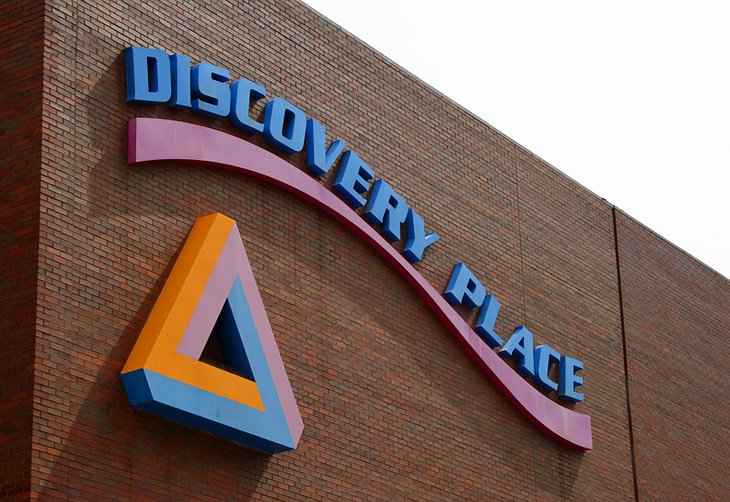 One of the most prominent tourist places in Charlotte, it is considered a suitable destination for all ages and tastes, allowing you to feel, watch and hear the flag. There are exhibitions containing; biological diversity laboratories through participation in practical experiments.
It also provides a set of solids and projects that show you the laws of physics through our daily lives.
A great place to encourage creativity and discovery where you can create your own cartoon video. The place of discovery includes a special area for children under the age of seven, and also includes the iMax cinema where: You can watch inside the human body, or explore space, or nature. 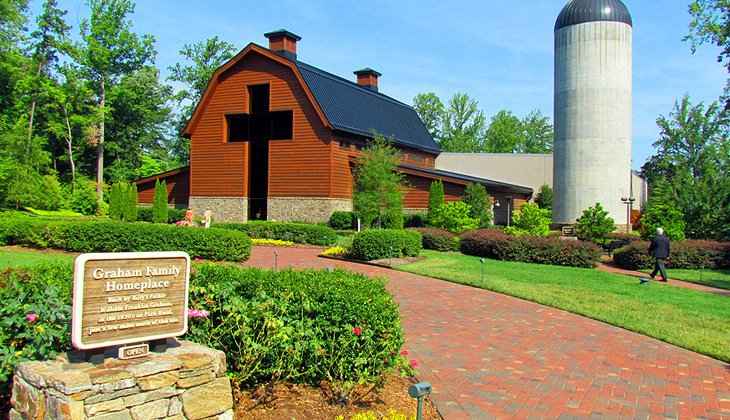 Billy Graham’s Library is one of the most important tourist attractions in Charlotte allowing its visitors to get to know the life of the TV maker through several shows.
The tour lasts an hour and a half where you can see several galleries in addition to Graham’s family home, after which you can relax in the garden.
Billy Graham’s Library has recently been added to the venue, which is of great interest. There is also a mural designed specifically for him, by Thomas Kincady. 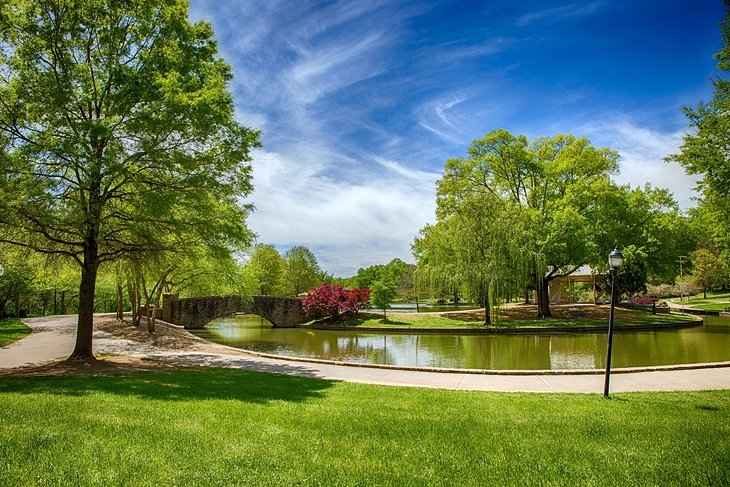 Freedom Park is one of the most beautiful places of tourism in Charlotte, with an area of ​​one hundred acres, and a lot of activities can be done in it that suit all ages. So it is a great moment to spend the afternoon and relax a little after a tiring tour.
There are tennis, basketball and volleyball courts and there are two playgrounds for children. A pleasant outdoor excursion can take place, and a number of formal and informal performances take place. 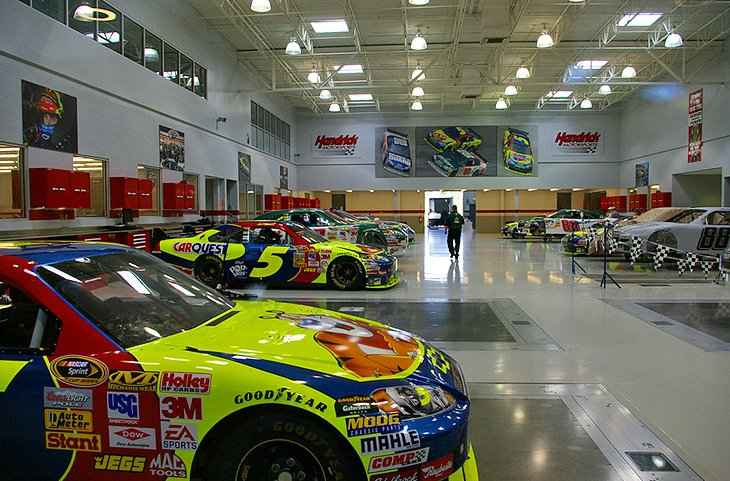 The Hendrick Motorsports Museum is a popular tourist attraction in Charlotte, which is a popular destination for tourists. It is located one mile from the Charlotte Speedway.
Hendrick Motorsports history showcases, through several exhibitions, a close-up view of motor racing and the elements that contribute to its distinctiveness.
It also offers a collection of distinctive and important cars such as; Days of Thunder Chevy Lumina, and Terre Lapontez Ironman Machine. 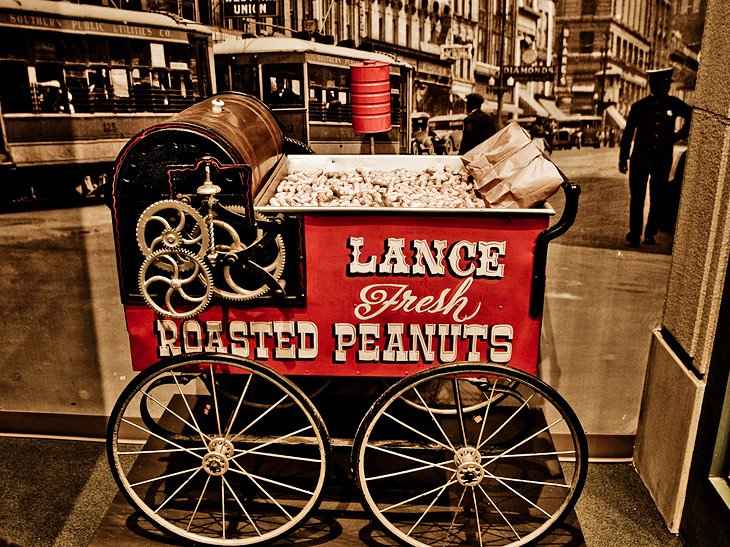 A destination not to be missed when traveling to Charlotte includes several galleries focusing on: the pre-Civil War of the South and those who helped shape it. These galleries are interactive.
Whereas, visitors are allowed to plant their hands inside straw piles, play with traditional dolls, or wander inside an old one-room farmhouse.
The Levin Museum also holds a group of temporary exhibitions which focus on political and social changes as well as the influence of diversity in southern culture. 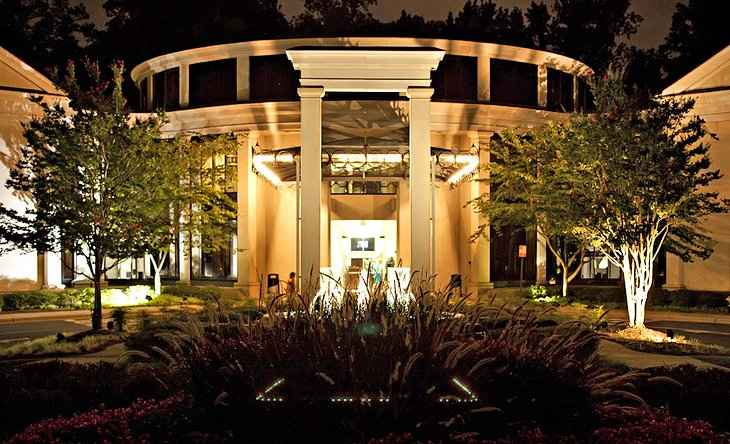 One of the best places to visit in Charlotte, where you can get to know the history of the city and its surroundings. It contains three permanent exhibitions, among them a museum dedicated to exploring the city’s neighborhoods.
It provides several enjoyable educational tours around a number of beautiful homes that have been restored, including the Ezekiel Alexander House, Kitchen and Summer House.
You can also stroll the way you want to go to the museum, if you do not like the specific tours. Don’t forget to watch the seven-ton American Freedom Bell in addition to the Spanish Cannon. 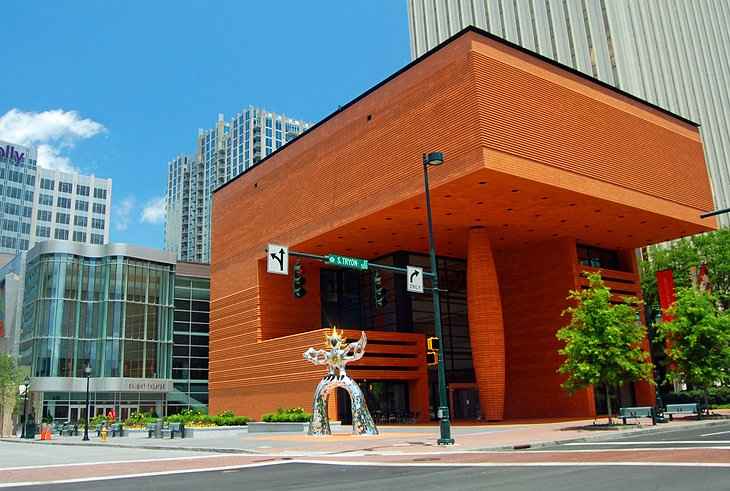 The Bechteler Museum of Modern Art contains a collection of artworks belonging to a number of artists in the mid-20 th furnace. This is in addition to pieces belonging to Picasso, Miro, Giacometti Hepworth, Nicholson, Warhol, Tingley, Ernest, Le Corbusier and Chiliida.
It also holds a group of concerts such as; the monthly jazz party. This makes it one of the most memorable places in Charlotte.

One of Charlotte’s best sights is just a few minutes away from the busy city center, and with an area of ​​nine acres of magnificent natural landscape.