Learn about the mountains of Bariq City, as if you have never known them before 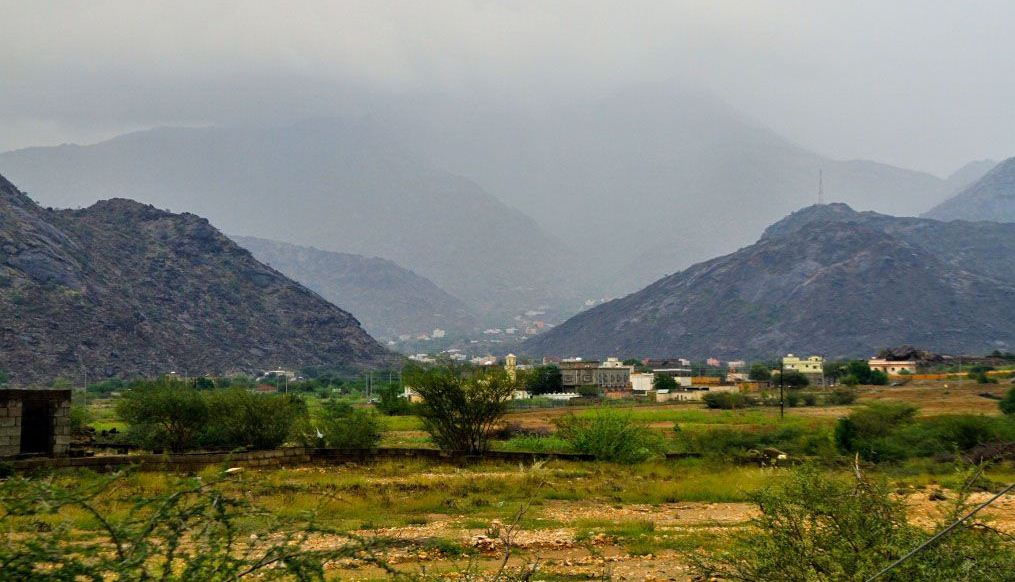 Among the most important and most prominent landmarks that distinguish Bariq Governorate and its height is about 1,800 meters above sea level, and it is very similar to the musnamah chains extending between the Baqara Valley in the south to Wadi Khatt in the north, and there are many farms, fields and villages in Its width is from the western and eastern direction of Bariq, and there are available in Mount Athrib each of (honey, coffee, wind, corn and millet crops) and its population reaches about two thousand people and most of these residents settle in Barq due to the difficulty of the terrain terrain, and it must be noted that Athrib is An agricultural area based on rain water and wells, and it is characterized by a large number of forests and trees It is also famous for the best bees that produce the finest honey. 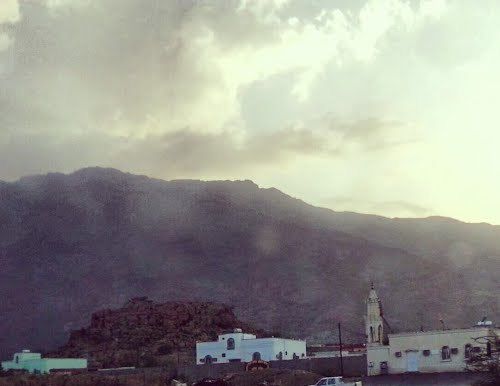 There is on the western side of Bariq in the south of the Kingdom, and its height reaches to about 1100 meters above sea level, and Qatrawi Mountain is one of the main landmarks in Bariq City and alongside the mountain height, one of the most important distinguishes it is that the top of the mountain is flat and filled with thick vegetation It is also characterized by environmental diversity, where many types of animals live at the top of the mountain, for example the Arab tiger, hyenas, baboons, lint and many types of birds.
Raydan Mountain 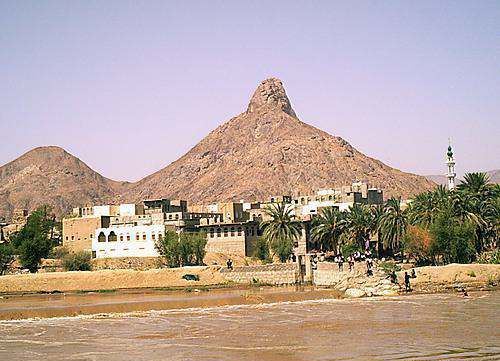 It is one of the most important mountains of Tihama and its height reaches 1600 meters above sea level, and it is located on the southeastern side of Bariq and it largely takes the form of a rectangular pyramid, and honey is extracted from it in abundant quantities by the neighboring population and then sell it In the surrounding markets.
Mount sculpted 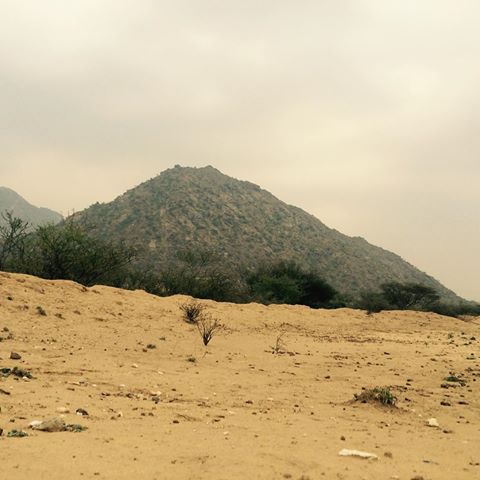 There is on the eastern side of the city of Bariq and its height reaches 1600 meters above sea level, and it is located specifically in the southern side of Mount Athrib where it overlooks both (mountainous and mountainous) and one of its most famous tributaries (Wadi Al-Waddin, Wadi Bitterness, Rex Valley).
Kirkuk Mountain 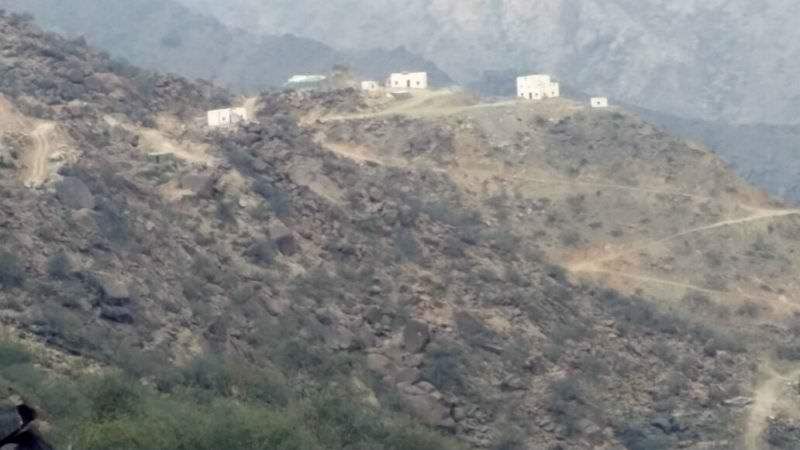 The most important characteristic of this mountain is that it is considered the longest mountain in the Tihama Asir, according to what was confirmed by the Geological Survey Authority, and there is a difference about the reason for naming the mountain by this name. Some confirm that the name is due to the density of pond trees inside the mountain, while others say that the reason for the name is due to its place Between Tihama and Al-Hijaz such as Al-Jamal Al-Barak, and among the most famous tribes of Birkuk (Al-Razai, Al-Yarbu’a, Al-Hassan, Al-Jamil, Al-Shaniyeh, Al-Jarb), and the most prominent villages include the following (Hadha, Al-Thabit, Al-Shifa, Al-Jara, Hadhan, Scabies, chest, pause, convict, Qarn Hamdeh, Yamania).
Faqaa Mountain 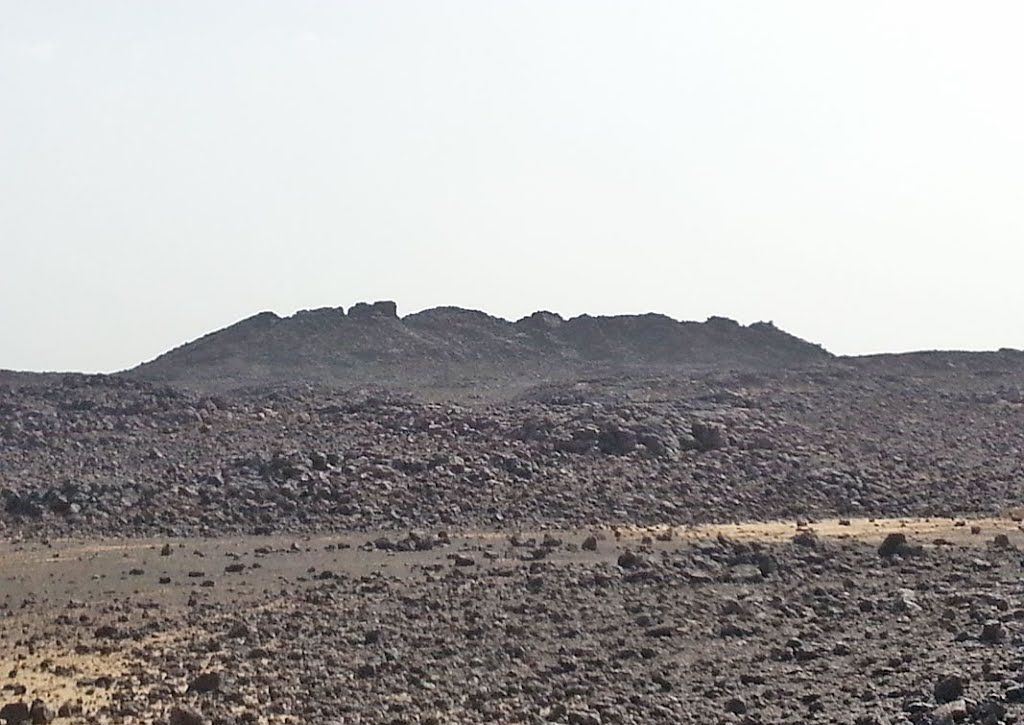 There is in Bariq on the southwestern side of the Kingdom, and its height reaches to about 1600 meters above sea level, and the mountain is characterized by its high altitude and many predatory animals were inhabited by it for example the Arab tiger, and the village of Faqaa was far from the main road About ten kilometers, and the population in 1970 AD is about 2000 people.

The most prominent places in the Courchevel Resort in France