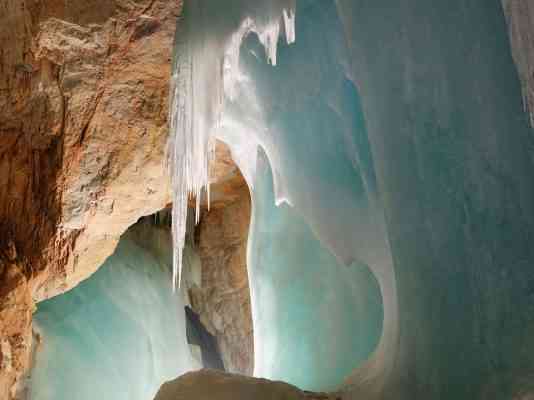 Werfen is one of the most magnificent tourist places near Salzburg, it is about half an hour south of Salzburg, and the village of Werfen is a large habitat of ice caves, with the largest network of ice caves in the world extending to more than 30,000 square meters, with a total of 45 kilometers of tunnels under The land that has been discovered so far, highlights of the two-hour guided cave tour include a two-hour visit to the Great Ice Wall, the huge Hymir Hall, with its magnificent ice formations, and the Eistor, an ice wall 1775 meters high. 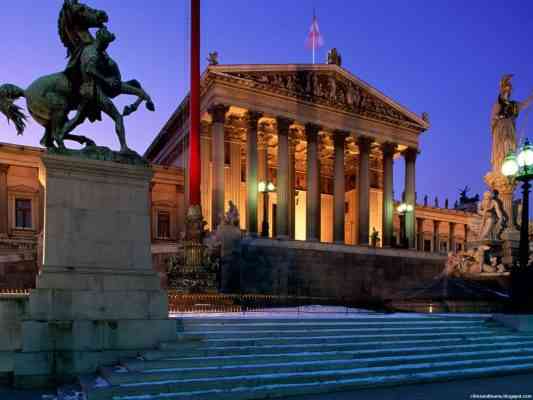 Although Vienna is three hours east of Salzburg by car, or approximately two and a half hours by train, the Austrian capital Vienna is a wonderful place to visit as Vienna offers unforgettable attractions such as the stunning Hofburg Palace, the seat of government for every Austrian ruler since 1275 ( And now the president of the country). Covering nearly 60 acres in the heart of the city and comprising 19 courtyards, 2,600 rooms, the palace overlooks the Sisi Museum, and the imperial apartments with their impressive collections of furniture, personal antiques, and artworks. There are other ruins in Vienna that must be seen as the famous Spanish Riding School which has been home to the magnificent Lipizzaner horses in the country since 1562 AD. 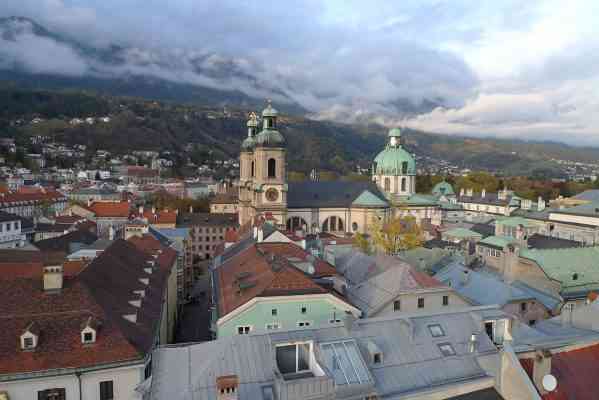 Innsbruck is a wonderful city about two hours southwest of Salzburg by car, you can head to the former Winter Olympic city of Innsbruck that is really worth exploring, the bulk of the city’s popularity is due to its distinct architecture in the Middle Ages, especially in the old city of Innsbruck with its narrow narrow winding streets , And beautiful old buildings including the Helblinghaus with its magnificent decoration, also includes some other architectural landmarks such as the Golden Eagle inn dating back to the 16th century, and is one of the most famous buildings of architecture in the city, the trip to Innsbruck will not be complete without Spend some admiring time visiting the mountains around the city, the highest of which is the 2,403-meter stream and sailless group, as well as the 2247-meter patchcoville, which are the country’s best skiing spots. 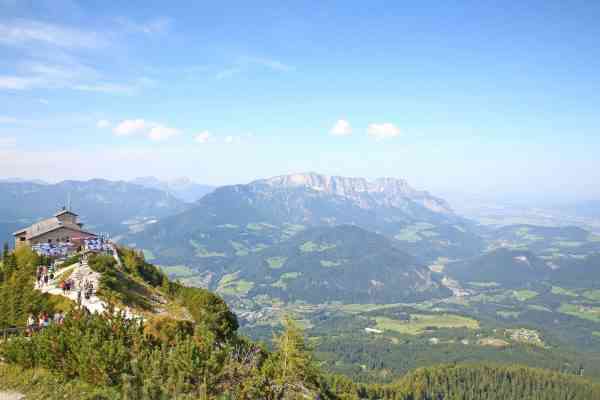 Obersalzberg is about 40 minutes drive south of Salzburg, by the Bavarian Alps route to Germany, the Obersalzberg neighborhood which is one of the World War II neighborhoods in the Berchtesgaden region, which former Nazi party leaders had preferred for a great picnic, where you will find a nest The eagle is a favorite place of relaxation and relaxation for Hitler. Although little remains of the original structures built to house the Nazi elite, visitors to it are desiring their desire for great views of the beautiful Bavarian Alps, and they also prefer to visit the impressive 450-year-old salt mine located at the base of Obersalzberg. 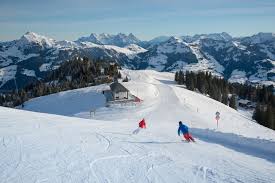 Kitzbühel is one of the tourist areas near Salzburg, about 90 minutes away from it. It is one of the largest and most famous ski resorts in Austria. Kitzbühel is often referred to as Kitz, and it is very popular in the summer as it is in the winter. Thanks to recreational activities such as hiking, cycling, and golf.

Hallstatt and the Hallstätter See 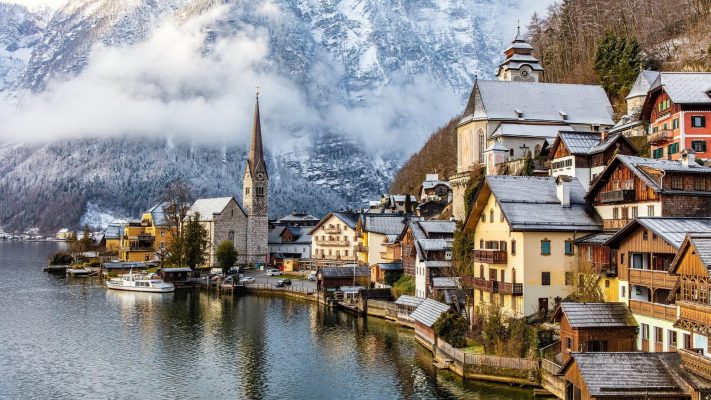 Hallstatt is about an hour’s drive from Salzburg, where Halstatter See is the most visited lake in Austria, Hallstatt is located on the shores of the lake, is the preferred location for artists, and photographers have long been due to its exotic traditional buildings, and the romantic ocean, Hallstätter See extends eight kilometers It is the ideal place to enjoy water sports such as diving, swimming, and boat rides in the traditional flat-bottomed waters called Salzkammergut, and fishing is one of the wonderful sports available there. There are also hiking trails in the area that provide a great opportunity to see the plant Diverse, including local fruit orchards. 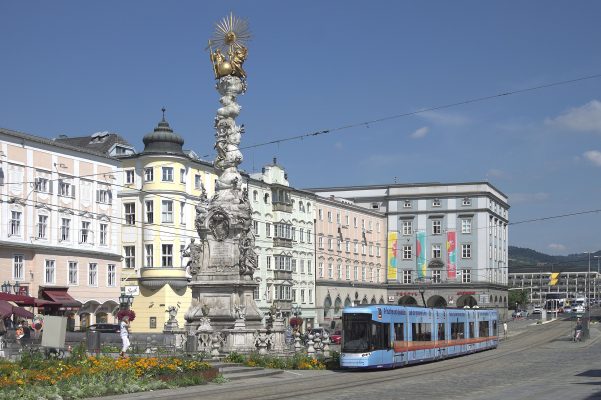 Linz is located a 75-minute drive to the northeast of Salzburg, and thus is a tourist attraction near Salzburg. Linz is located on the banks of the Great Danube River. Linz’s roots have been said to date back to the Roman era. Beautiful Linz today is famous for its many museums, cultural activities, with many Among the attractions, festivals that focus on stars such as Mozart and Brueckner, both, and one of the most famous landmarks of Linz, the majestic Linz Castle, Linz Schloss, do not forget its Zalat when you go to Salzburg, it is one of the wonderful day trips. 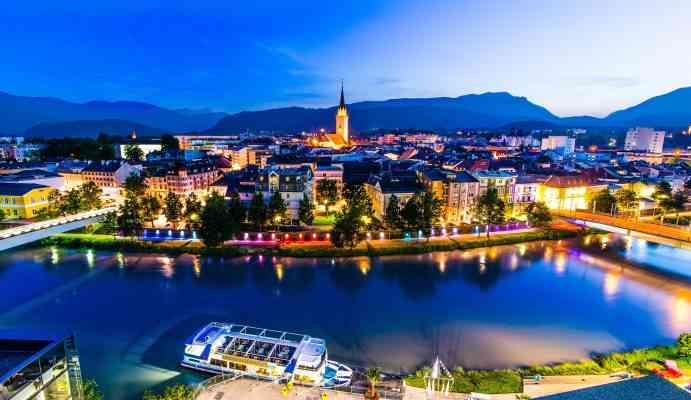 Villach is one of the tourist areas near Salzburg, it is located two hours south of Salzburg, specifically near the Austrian mountain border with Italy and Slovenia. Flash is surrounded by some of the most beautiful scenery of the Alps in the country. Villach is famous for its hot waters and is an ideal base from which you can explore a region The country’s stunning Alpe-Adria region, and other sights worth seeing include many beautiful city churches, including the Heiligenkreuzkirche Church
Or Holy Cross Church.