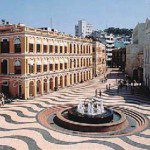 This field is seen as a testament to Macao’s history as an entrance to western countries to China. Virtually every square of the corners of the square is characterized by European-style engineering buildings. Among them are old buildings, many shops and restaurants can be visited. These ancient buildings are a heritage of Macau. You may need an umbrella or sunglasses if you are making this field trip during the day, because the sun is very hot.
2. Ruins of St. Paul 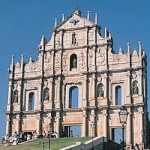 It is the ruins of St. Paul’s Church, founded in 1602, which was burned down in 1835, leaving only the front part of the building. The ruins of St. Paul is one of the symbols in Macau. There is no entrance fee, and there are stairs to climb to see a beautiful view from above.
3. Macau Tower 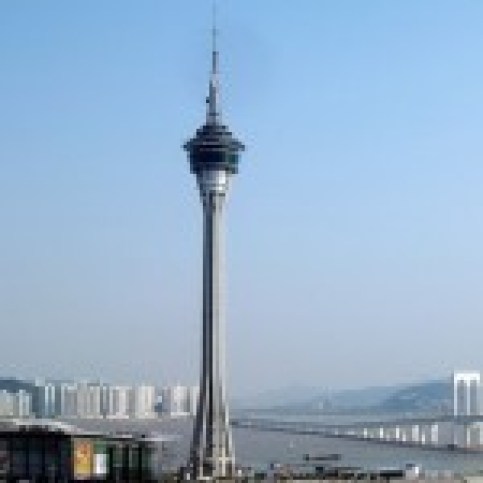 It is also known that Macau Tower is known as ‘Macau Sky Tower’. “The tower rises to 338 meters from the ground level to the highest point. It is the famous watchtower by watching all parts of Macau from this tower. Inside this tower, you can also find restaurants, theaters, shopping malls and Skywalk X. Tourists can walk around the outer edge of this building.
4. Guan Yin Statue 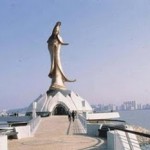 The location of Guan Yin Statue is close to the hotel and MGM Grand Casino. The Guan Yin Statue, which is made of bronze, reaches 20 feet above the roof of the building in the form of a bud of a lotus flower. It is similar to the statue of the Virgin Mary that was designed by Portuguese artist Rocha Christina Leiria. This statue is a little far from the main island in Macau because it was built on a small artificial island, and there is a long corridor and a connector on the left side of the statue, and there is the visible location of the scientific center in Macao, which includes unique construction engineers.
5. The casino building 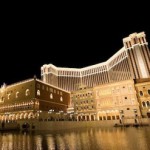 The building is distinguished by the impressive interiors that shake the former Portuguese colony. In addition to the Macau Venetian, the building contains some remarkable casinos both exterior and interior alike. For example Grand Lisboa and MGM Grand.
The best time to visit is between December and February in Macau. There are no direct flights to Macau while tourists depart from Hong Kong Airport by continuing the ferry route or helicopter. Traveling by helicopter can take about 15 minutes.
Previous