The museums in Barcelona .. Barcelona is the city of beauty, where the fine arts suit all tastes, and that appears in its wonderful museums, so you cannot miss it.

The museums in Barcelona .. the most beautiful museums in the world .. 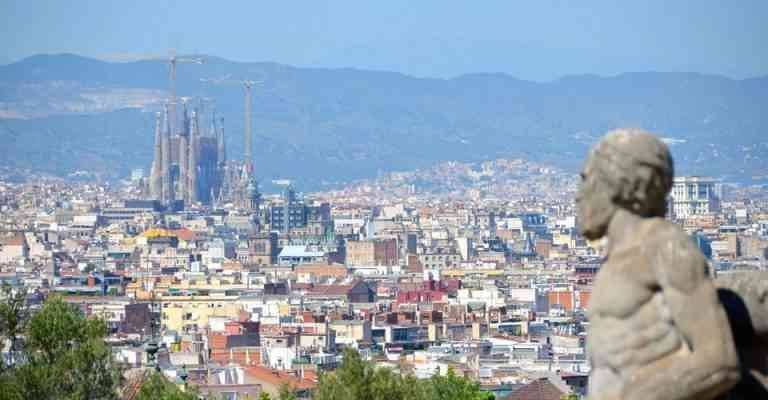 The museums in Barcelona .. The most beautiful museums in the world .. Barcelona is famous for its wonderful artifacts and beautiful artistic tastes in the Middle Ages and classic as well as modern, this appears in its museums, which are considered one of the most wonderful museums in Europe, you should visit these museums dear tourist especially because they are suitable for different categories children They have museums that suit them, lovers of marine life, lovers of history, and discover the arts of all kinds and others, so we show you the most important of these museums and we advise you, dear visitor, to acquire a museum visiting card, where you will be able to visit 6 museums at a price of 30 euros instead of 58 euros if you visit them individually and without the card. 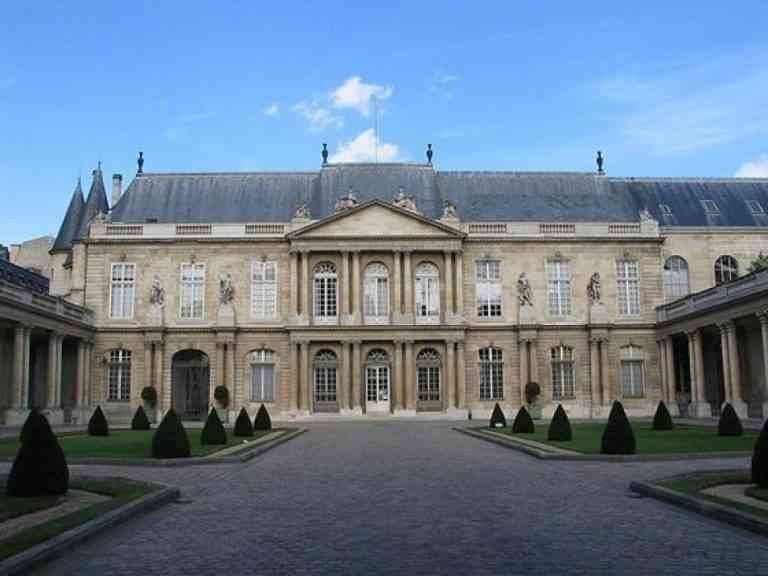 “Museu Picasso Museum” is considered one of the most beautiful museums in Barcelona, ​​it was opened in 1963 and is an important destination for fans of the Spanish artist Picasso, this genius artist who gained great popularity, when you go to him you will see more than 4000 wonderful artworks related to Picasso to Aside from his personal belongings, we advise you to take souvenir photos beside his belongings as they are among the most beautiful artworks in the world. 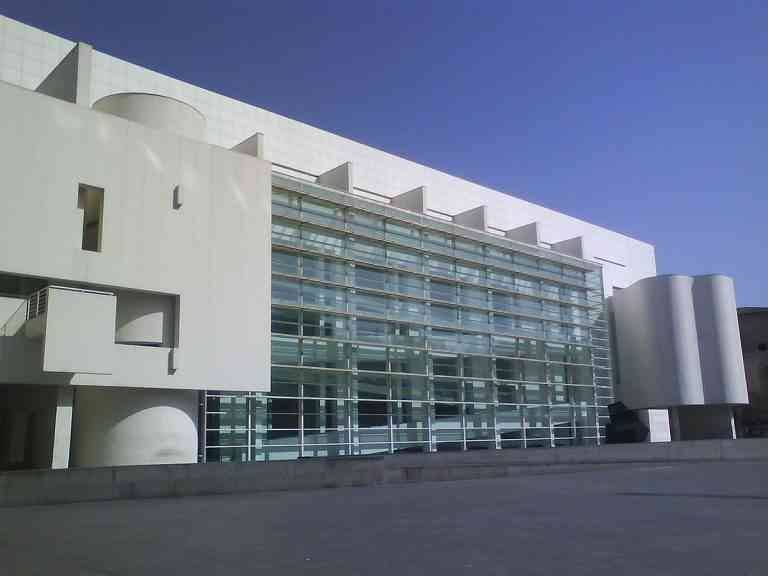 Museu d’Art Contemporani de Barcelona “Barcelona Museum of Contemporary Art” .. It was established in 1995 AD to include a wonderful collection of works belonging to the best artists in the twentieth century, and the museum organizes mobile exhibitions in various places to make it easier for people to see the beautiful artwork that deserves Viewing, in addition to documentaries and photography, as for entry fees, it is 10 euros per person. 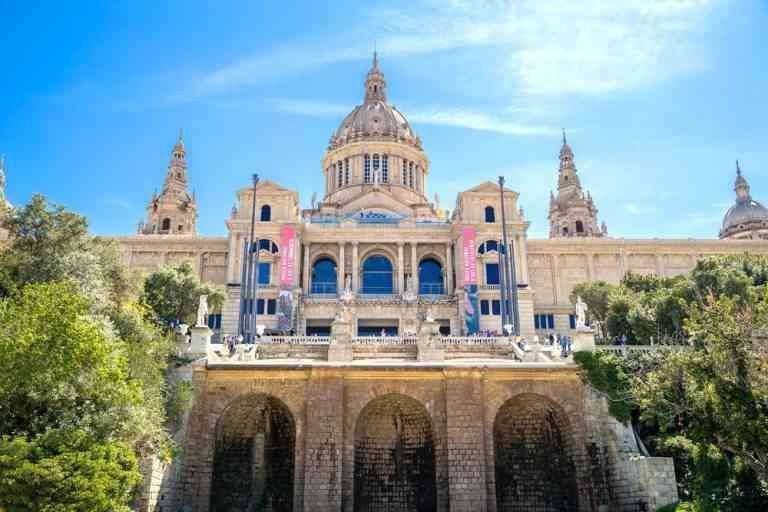 “The National Museum of Catalan Arts Museu Nacional d’Art de Catalunya” is considered one of the largest museums of fine arts, it is also called a short name which is “Minak” and the museum is located in Palau Nacional, it is a large Italian-style building that was established in 1929 and holdings The museum has been in it since 1934, then it was announced as a museum in 1990. Don’t miss it, dear tourist, to enjoy watching a wonderful collection of paintings, drawings and sculptures dating back to the twelfth century until the twentieth century. The museum includes arts from the Renaissance, Gothic, Baroque, Roman and Also the modern era with its magnificent arts, the museum bears the slogan “A Thousand Years Museum” Art year “Because the museum contains a large amount of antiquities, a new floor has been added to accommodate the effects of Tyson Bornimsza and the Modernista group in addition to a special section for coins in different periods and photography. The museum starts working from ten in the morning until six o’clock, and the cost Entry is 12 euros per person, and it allows you to visit the museum two days during a month. As for students, entry is $ 1.

Dear tourist, if you go to Barcelona with your family, we advise you to take your children to visit the children’s museums in the city. Barcelona includes many museums, such as the “Cosmo Caixa Science” museum that displays a model of the human body to introduce children to the components of the human body in addition to recreational games and also the museum “Museu d’Idees i Invents ”is one of the most beautiful children’s museums, and the“ El Rey de la Magia ”museum offers magic tricks that amaze children, the Chocolate Museum, which explains to children how to make chocolate in different shapes and sizes, and the Museu Blau Museum.

“Maritime Museum of Barcelona” .. It is located on “La Rambla” street, and it is characterized by its beautiful building in the Gothic style, it dates back to more than 47 years and the museum is interested in marine life, especially studying the marine heritage of the Mediterranean, when you go to it Dear tourist, you will enjoy seeing old ships and maps of the world of the seas in addition to the constitution of the seas, the museum contains about 1000 pieces, the atmosphere generally will make you feel adventurous, the museum starts working from ten in the morning until eight o’clock in the evening from Monday to Sunday, but the income fee costs 3.5 euros For adults and free for ages 7 and m Without that, admission is also freely available to all on International Museum Day and on Sunday from 3:00 p.m. 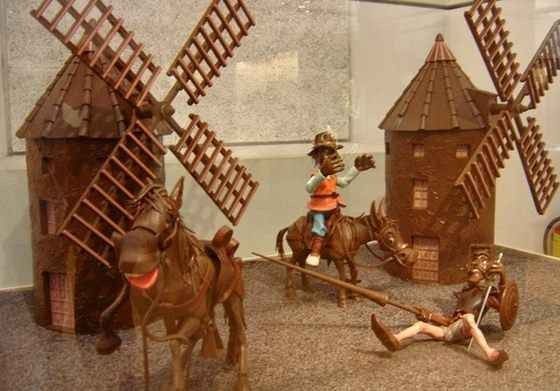 “Chocolate Museum in Barcelona” .. The Chocolate Museum has great fame as it has branches in different countries of the world, tourists go to it from everywhere, especially with their children, to provide the museum with toys and entertainment activities suitable for them besides introducing them to how they are made. Various artworks made from chocolate, in addition to explaining its development in Barcelona and Catalan. The museum starts working from ten in the morning until seven in the evening from Monday to Saturday, but on Sunday from ten in the morning until three in the evening, entrance fee is 5 euros for adults. 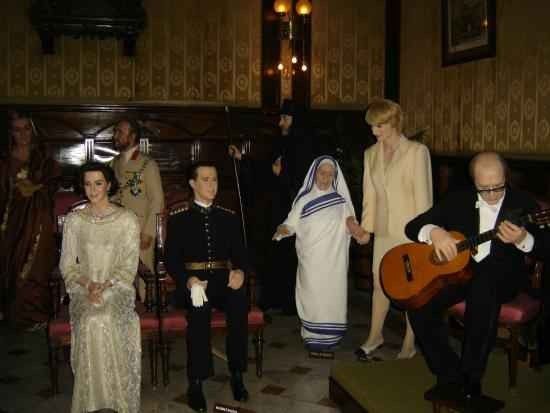 “The wax museum in Barcelona” .. The museum is located in the center of Barcelona, ​​so going to it is not difficult, dear tourist. The museum includes more than 350 wax figures of important personalities, whether historical, scientific, literary, artistic or sporty, so you cannot miss going dear dear tourist. To take beautiful memorial photos next to these figures, you will feel that you are with the real characters and that they are not just wax figures, the museum starts working from ten in the morning until one and a half and from four in the evening until seven and a half from Monday to Friday On Saturday and Sunday, it is eleven in the morning until two At noon, the entrance fee is 15 euros for adults and 9 euros for children 5-11 years. “Museum of History in Catalonia” .. Dear tourist, if you want to know the history of the country then you should definitely go to visit the history museum in Catalan, there is the museum in An old area in Barcelona, ​​which is warehouses established since 1900 AD by the famous architect “Maurice Garan”, it is the most famous engineers in the country at this time, the museum offers visitors a wonderful collection of archaeological holdings that date back to the Stone Age until now, the entrance ticket price is 4 euros for adults Free for children under the age of 65 and over, the museum is open All days of the week except Monday. 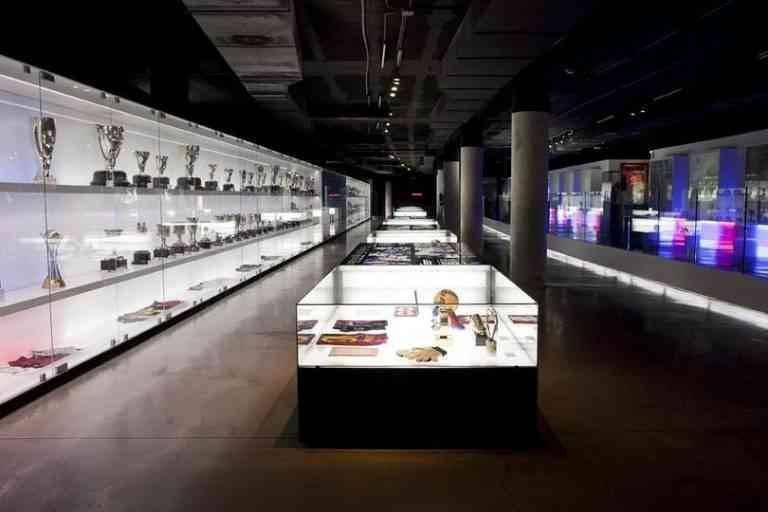 “Barcelona Club Museum” .. Dear tourist, if you are a fan of sports, do not miss to go to the Barcelona Club Museum, it is one of the largest and most famous clubs in the world, you will find in the museum a lot of titles and cups and also pictures of club heads and coaches, there is the museum next to The Camp Nou Stadium was opened in 1984 AD Since that time, many tourists from all countries of the world go to it, bringing the number of visitors per year to one million visitors. Entrance fees are 23 euros per person. 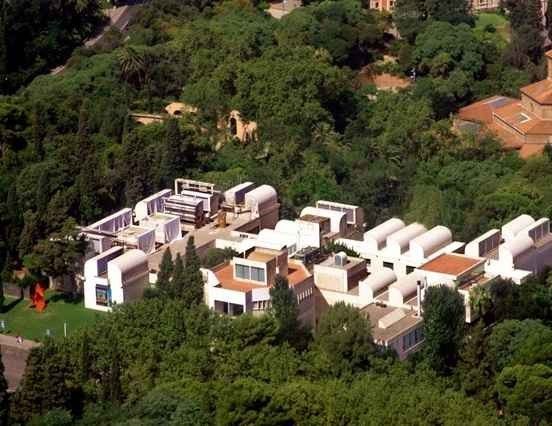 “Museum of Modern Art, Joan Miro” .. It was opened in 1975 AD, if you are a fan of art, dear tourist, we advise you to visit this museum because it is one of the most beautiful museums in the world, the museum is characterized by its presence on the top of the “Mungwi” mountain in Barcelona, ​​combining Heritage and wonderful views of the landscape, the museum is a tribute to the Spanish artist “Juan Miro” because it is one of the best artists and excelled in the use of colors As for the entrance fees cost 12 euros. 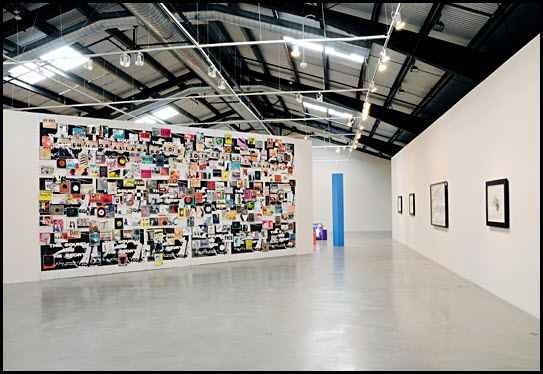 “Santa Santa Mònica”, opened in 1988 in a building dating back to 1984, is considered one of the most important art museums in Barcelona and always organizes exhibitions of Spanish artists and others from all over the world as well as being a center for learning different arts and sciences So there are various lectures and exhibitions in it. The museum starts working from eleven o’clock until nine o’clock in the evening.