Pictures: The Elephant Mountain in Saudi Arabia is pink to raise awareness of breast cancer

October is the global month for breast cancer awareness, or as some call it the month of syphilis, a global initiative launched in October 2006 where sites around the world use pink or pink as their logo to raise awareness of the risks of breast cancer.

The elephant in Saudi Arabia is pink

Mount Elephant in Al-Ula Governorate was covered in pink to support the Awareness Month campaign for early screening for breast cancer in 2020, which carries a slogan that does not neglect any sign. Jawhara Juma and a number of female student club students split the female students and a group of the people of Al-Ula Governorate, knowing that based on international studies, one woman from every eight women develop this disease, and 95% of cases can be cured if they are diagnosed early.

Mount Elephant is one of the most important tourist attractions in the city of Al-Ula and is about 7 km away from the governorate. The mountain is made of a giant rock that reaches a length of about fifty meters. In Al Ula, the mountain is surrounded by many scattered farms, which added many wonderful scents, the most important of which are the smell of oranges, tangerines and lemons, in addition to the spread of many palm trees in the place, which give a picturesque and distinctive appearance around Mount Elephant. 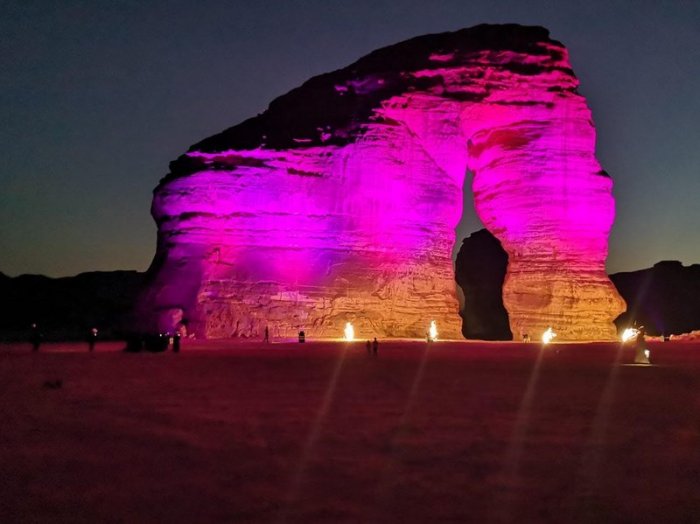 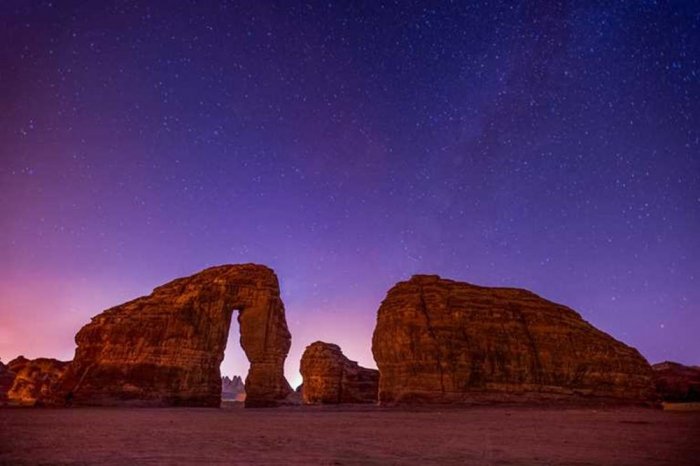 Mount elephant in the Al-Ula area 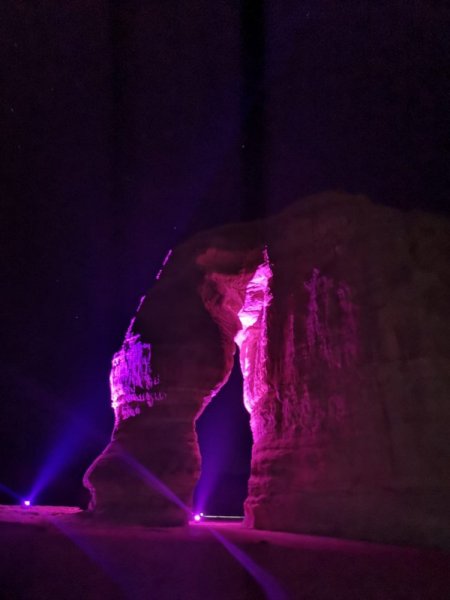 The elephant in Saudi Arabia is pink