A tour to Cutcatch Kuzina Restaurant in Sofitel Bali

5 of the most famous restaurants in Istanbul, we recommend you to visit

The 10 best areas of Istanbul that we recommend to visit

Istanbul’s Lalali region is one of the most famous European regions of Istanbul and one of the tourist areas in Istanbul that is visited by many tourists daily during tourism periods in Turkey, as it contains many tourist attractions and ancient historical sites in addition to the famous Lalali Market, which made it one of the best shopping destinations And have fun during the tourism tours in Istanbul
In the article, we review the most important tourist places in Istanbul Lalali and the best activities that can be done during her visit.

The Lalali district of Istanbul includes a group of the best hotels in Turkey, which smell the deep history without forgetting the luck of the guest in modernity and modernity, and the high level of services, facilities and acceptable prices that suit everyone.
The link provides a list of the best hotels in Istanbul Lalali according to the reviews of its previous visitors .. Read more 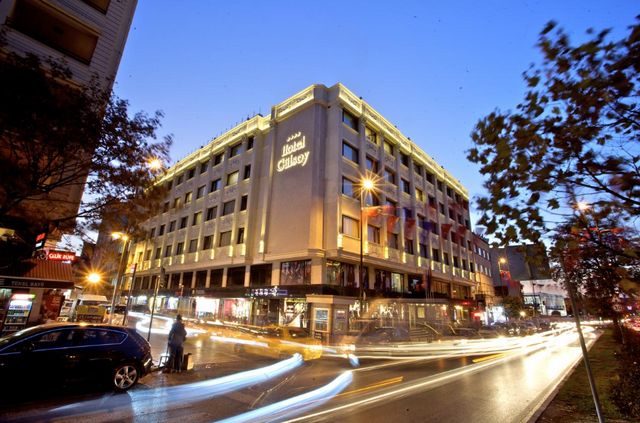 The most important activities in the Lalali area of ​​Istanbul

Istanbul’s Lalali district, which is located in European Istanbul, includes a series of the most important historical and religious monuments whose history oscillates between the Byzantine and Romen eras up to the Ottoman era, which guarantees you the opportunity to undertake a number of exciting tourism activities in its surroundings such as:

Lalali Market includes all the personal needs you need such as clothes, shoes, jewelry, bags and more, which made it gain wide fame and popularity by the local residents and tourists from all over the world, is the possibility of acquiring everything that comes to mind with the best quality and cheap prices .. Read more 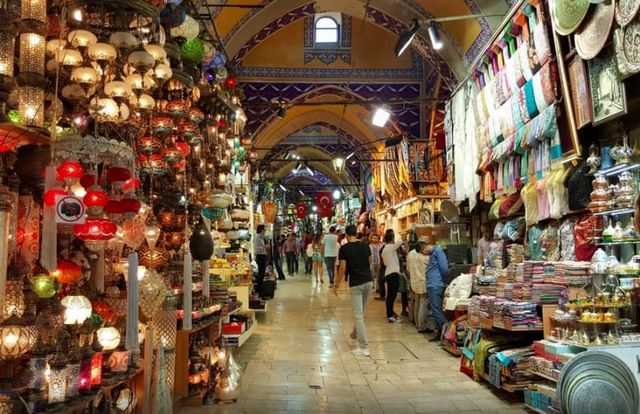 • The most famous landmarks of the historic Lalali Istanbul religious area dating back to the mid-18th century, during which you can enjoy a huge amount of amazing Baroque architectural designs that distinguish the mosque from inside and outside, in addition to many shrines of the Ottoman sultans and the ruins of a school and an ancient library attached to the construction of the mosque. . read more 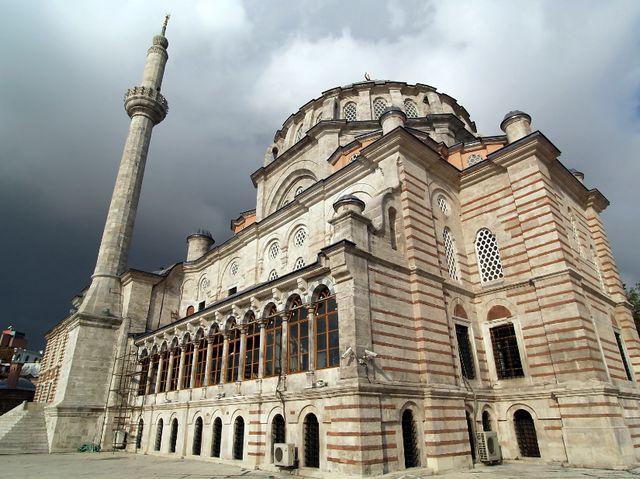 • If you intend to establish your prayers at the Lalali Mosque in Istanbul, then you must pass the Lalali path, that amazing, precisely designed and precisely decorated marble building since the time of the Ottoman Sultan Mustafa III and worshipers resort to the mosque with the aim of ablution, you can also take great photos of its wonderful wonderful structure.

Read:The 6 best cities near Istanbul are recommended to visit 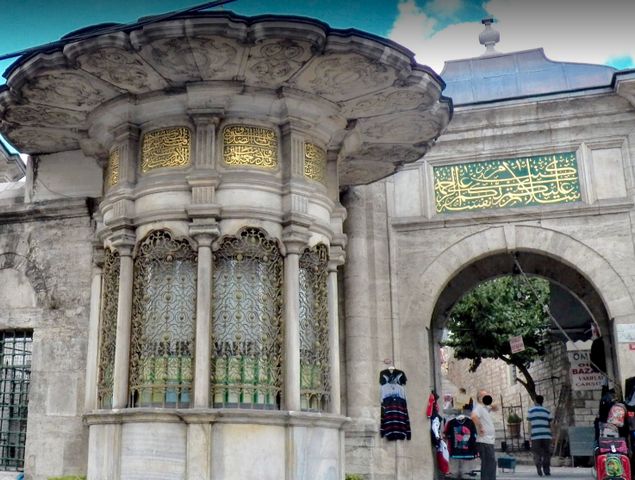 • One of the most ancient monuments of Laleli Istanbul dating back to the Romen era and specifically the era of Emperor Theodosius I, during your visit to the site you can see the remains of the Forum Theodosius, which includes a column decorated with reliefs commemorating the history of the great emperor’s victories against the barbarians.
On the edge of the Western Forum, you can see the remains of the Arc de Triomphe (Arch of Theodosius), which was built along the lines of the Arch of Rome from marble rocks brought from the islands of the Sea of ​​Marmara, taking the form of the curve of its four pillars decorated with drawings of Hercules and its three paths mediated by statues of Theodosius and his two sons.
Finally, you can pass through the building of the Faculty of Arts, Istanbul University, built on the ruins of an ancient church dating back to the reign of the Romen Emperor Justinian I, and the camera is the most important thing that accompanies you on such a tour.

Read:Sultan Ahmed Restaurant is one of the Istanbul restaurants that we recommend to try 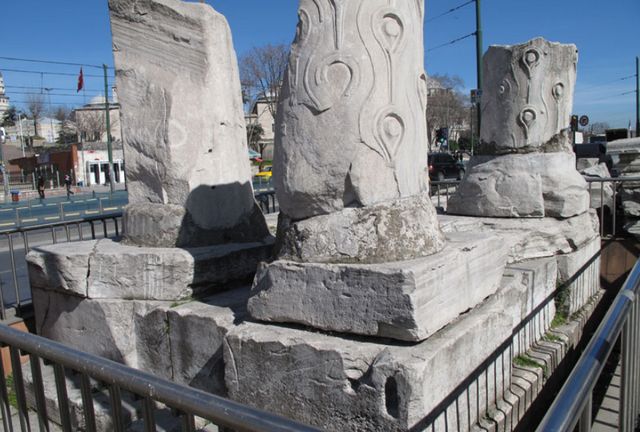 • One of the most sacred religious shrines in the Lalali area of ​​Istanbul, which has a great and ancient heritage among Turkish locals and visitors who love Sufi dhikr sessions.
• The shrine dates back to the 16th century and belongs to a Turkish Sufi sheikh named after Jacob Efendi or Hilfai Baba, and is seen by many as one of God’s righteous saints.
• Perhaps the most important experiences that you can experience during the visit of the shrine, as well as attending the male episodes and mixing with the local traditions and legacies of the Turkish people, attend the weekly rituals after Friday prayers, where visitors distribute the halva to each other. 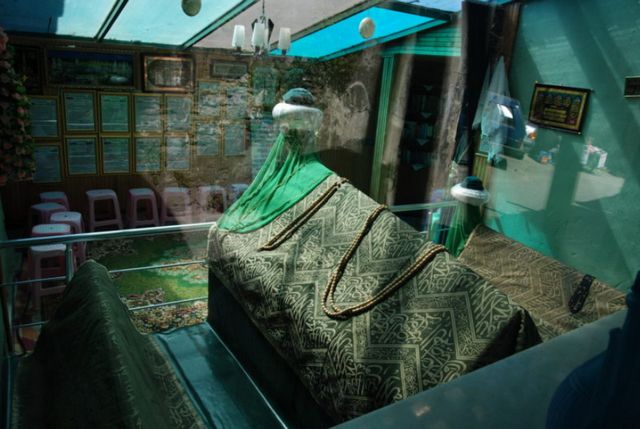 • One of the most important historical monuments in Lalali Istanbul, which dates back to the era of the Ottoman Empire, specifically the end of the 17th century. The mausoleum of Sultana Hades Khan, famous for the name of Sultana Khadija, sister of Sultan Suleiman the Magnificent and the wife of his Grand Vizier Ibrahim Pasha, belongs to the great tourist fame after dealing with the story of the life of Sultan Suleiman in Dramatic work.
• The shrine is located near the new mosque in the Al-Fateh neighborhood, where you can pass after visiting the mosque and witnessing the wonderful architectural design created by the famous Ottoman architect Mustafa Aya.
• When visiting the shrine from the inside, you can see its different design derived from the Ottoman culture in establishing similar buildings, in addition to the Quranic verses inscribed in gold on it. 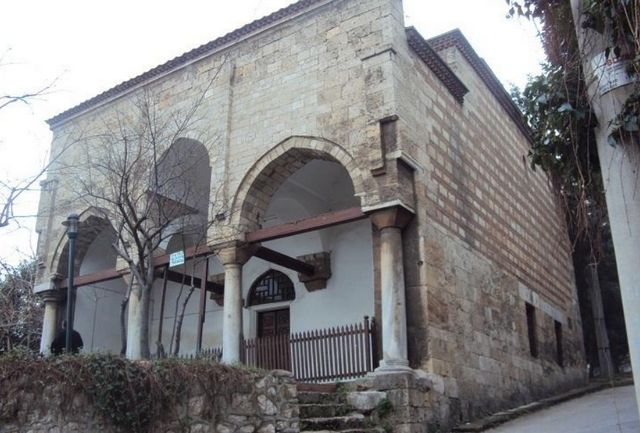 Teacher of the martyrs of March 16

• One of the most important landmarks of Lalali Istanbul region that can be called a modern or contemporary title, where the history of the distinctive monument in the region dates back to the year 1978 when 9 left students were killed and 41 other students were injured in a terrorist attack with a bomb and then a firearm at the Faculties of Pharmacy, Law and Economics University of Istanbul.
• This monument, which takes the obelisk body in front of the campus, has been inscribed with the names of the accident victims, along with some pictures, in order to commemorate their lives.
• By visiting the March 16 Martyrs Memorial, you can learn a great deal about the resounding incident that Turkish history will still remember. 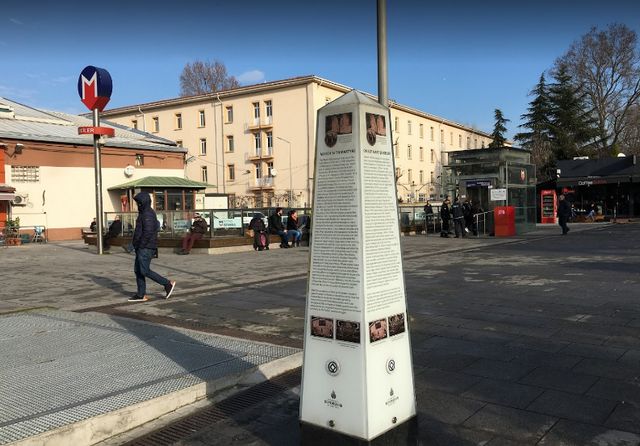 A short distance from Lalali district, many of the famous sights and areas in Istanbul, the most important of which are Beyazit Street Istanbul and Beyazit Istanbul in general.

Map of Lalalı region in Istanbul

Top 5 activities in the Sunday market in Agadir

The 9 best activities at the water park in Salalah

The 10 best Istanbul baths we recommend

The 5 most beautiful beaches of Istanbul, Turkey, which we recommend to visit

Things to know before traveling to Malta

How important is travel