The atmosphere of Ramadan in Morocco .. The role of Al-Masrati and the Ministry of Awqaf

The atmosphere of Ramadan in Morocco begins from the last days of the month of Shaban, when the people of Morocco begin
Receive Ramadan early, and prepare desserts that
It is consumed and demanded by most people for breakfast.

Ramadan atmosphere in Morocco and the value of the holy month they have:

The month of Ramadan in the language of the Moroccans is called our master Ramadan
, And they prefer this month over the rest of the other months,
The people of Morocco decorate their shops, and cafes are closed
And restaurants during the day to breakfast, according to Moroccan law. And upon making sure of seeing the crescent of Ramadan, the people of Morocco go
And they start exchanging congratulations and blessings by the holy month,
They say some phrases like Awashr Mabrouka, which is a colloquial Moroccan language.
It means blessed days, and means three tenths of mercy
And ten forgiveness, and ten freed from the fire. The month of Ramadan has a great place in the hearts of Moroccans, and they consider it a great opportunity
For the sake of rapprochement of the wombs, after being busy and interrupting each other,
She finds people’s faces in Ramadan filled with happiness and happiness after being tired of the worries of life. The atmosphere of Ramadan in Morocco is evident in the crowding and the large number of worshipers inside the mosques.
Especially in Tarawih and Friday prayers
Sometimes crowded, you find streets near mosques
It is filled with worshipers, which makes the city visitor famous for the close connection between the Moroccan people
And show his religion and show the extent to which this people adheres to its values ​​and principles. Read also: Tourism in Al Hoceima, Morocco. 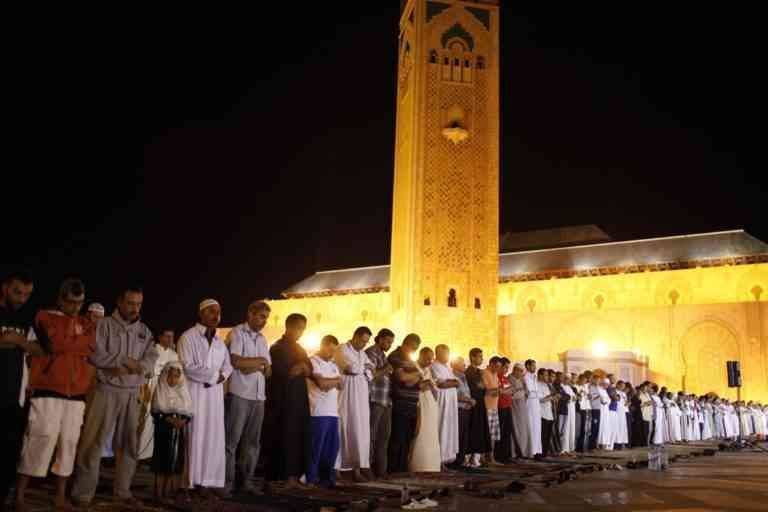 Ramadan atmosphere in Morocco 4
The Ministry of Awqaf and Financial Affairs supervises what are called the Hassan Ramadan Lessons
It is a series of daily lessons offered during the holy month of Ramadan
A group of scholars and preachers attends in it, and these lessons are of interest to the Moroccan people.
Because they feel the importance of these lessons and their connection to their real life
And answers to their inquiries, as the Moroccan Ministry of Endowments prints Ramadan lessons
And distribute them to the people until the benefit prevails.
When contemplating the atmosphere of Ramadan in Morocco, he found that the Ramadan nights
It has been turned into a daytime prayer during which the Moroccans perform the evening prayer and then pray Tarawih
Then they meet and chat together, have Moroccan tea,
It is an important Moroccan element inherited from ancient times, and those interested in history say that
The habit of drinking Moroccan tea is a deep habit rooted in the Moroccan people
This custom has been transmitted through generations. And some public concerts and parties
In the streets and neighborhoods of Moroccan cities until dawn. On the night of the twenty-seventh of Ramadan, the people of Morocco spend blessed times
Considering it the Night of Power and watching over the Qur’an until the beginning of dawn. And before the age of puberty girls wear new dresses or the so-called takchita
It is the traditional Moroccan women’s dress, and they decorate their hands with henna patterns,
They fill their bags with nuts, nuts and dates. And the people of Morocco became famous for some of the customs they do during the month of Ramadan
In order to perpetuate the child’s religious affiliation, and one of the most prominent climates of Ramadan in Morocco is that
When a child fasts for the first time, she takes some of the first dates between her family where they think
That the child thus elevates herself to a high degree close to God Almighty.

The role of Al-Masrati in the atmosphere of Ramadan in Morocco:

Al-Misrati or Al-Matblati still has a presence and acceptance in the Ramadan atmosphere
Although it is one of the oldest customs in Morocco, and despite the multiplicity of wake-up methods in the modern era
So, Al-Masharati is still spreading in every neighborhood and alley in Morocco, performing around the houses
And the drum knocks on the magic date,
This gives Ramadan nights a distinctive and loved atmosphere in the hearts of the people of Morocco. Read also: Souks and malls in Rabat ..

After performing the Fajr prayer, people stay in the mosques and read the Qur’an
And they recite the morning supplications until sunrise,
Then they go to sleep after a long day of sleep and fatigue. In the period between dawn and noon, calmness and coolness are observed
The streets are free of passers-by, buying and selling, and in the afternoon life comes to life on the streets
And people start their activities after the afternoon, especially in the markets
Where they buy breakfast supplies, sweets and fruits
Some of the necessary supplies and crowded markets, shops and even street vendors.

Breakfast in the atmosphere of Ramadan in Morocco: 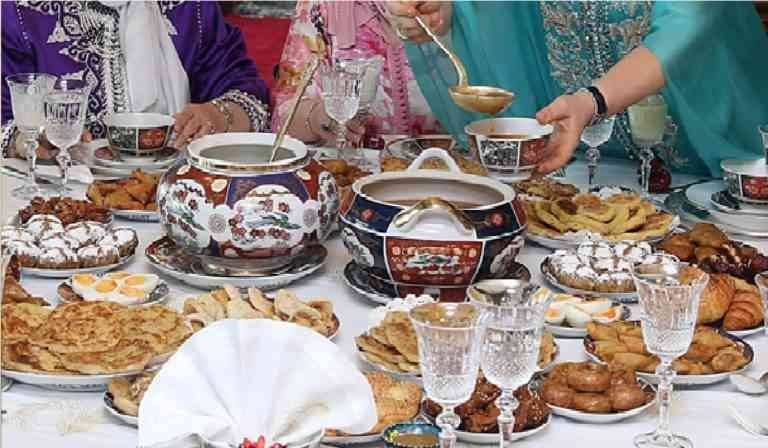 Ramadan atmosphere in Morocco. Many people of Morocco prefer to eat breakfast in their homes.
However, charitable foundations and individuals do exist
Making group tables for breakfast in mosques, villages, remote areas and the valley.
Harira is one of the main meals in Morocco.
And it became one of the distinctive signs of breakfast in Morocco d,
And calories are a mixture of vegetables and spices that are served in a traditional bowl called the zalif,
They eat eggs and chicken with raisins and the main dessert is dumplings along with milk and dates
Among the most prominent desserts in Morocco are Al-Shabakia, Al-Ghurair, Al-Couscous and Al-Sufouf
Heels, bananas, dates, and mick sweets with floo, and dessert varies from family to family
According to the different standard of living.
Some Moroccan people believe that life appearances, charms and new joys, such as
Television, satellite TV and other modern media have cast a shadow over
Spirituality and blessings this month, and I lost him a lot of spirituality and manifestations of it With the approaching month of Ramadan is approaching, many people in Morocco feel
Mixed feelings of sadness and joy because of the end of these blessed days
It includes blessings and signs of goodness, and feelings of joy are evidenced by the coming of Eid Al-Fitr.
The most prominent atmosphere of Ramadan in Morocco inherited from ancient times: Moroccan women met in Ramadan on the rooftops of their homes, waiting to see the crescent of Ramadan. He wanders through the alleys of the old city to announce the advent of Ramadan. 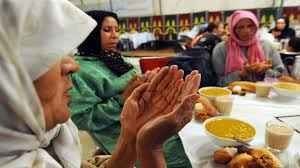 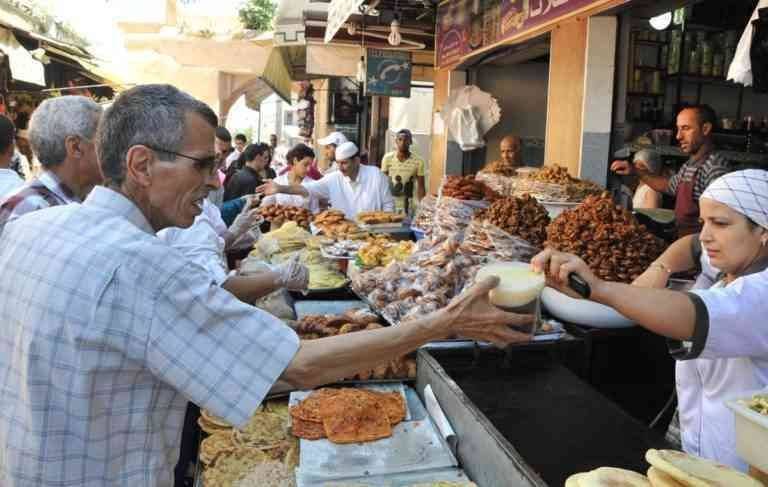 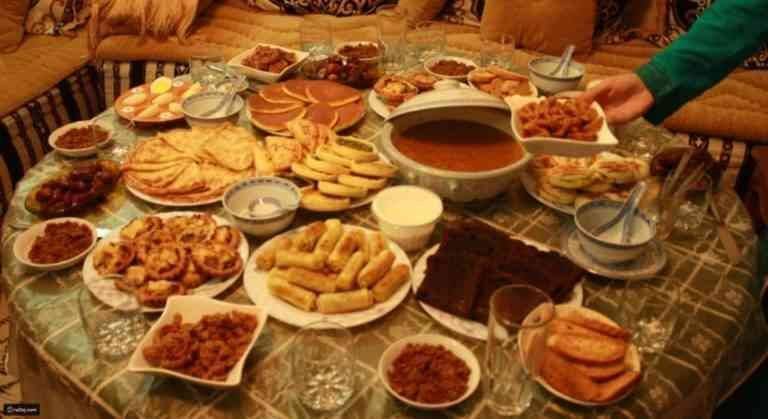 Tourism in Krabi, Thailand … and the 13 most important tourist places in Krabi

Tourism in Kosamoy .. and the 13 most important tourist places