İzmir Clock Tower is one of the most important landmarks of the famous Ottoman city of Izmir in Turkey, where it is located in Konak Square in the Konak region in Izmir Turkey, and is close to the Izmir market and also from the sea.
The tower was built in 1901 and the height of the tower is about 25 meters.
This tower is characterized by 4 fountains of water surrounded by it and placed in a circle around the base in addition to mentioning that the columns are inspired by Moroccan themes.
The hour remained from 1901 until the present day, and it does work and did not stop until once when the earthquake struck the city of Izmir in 1974, causing some damage to the tower. 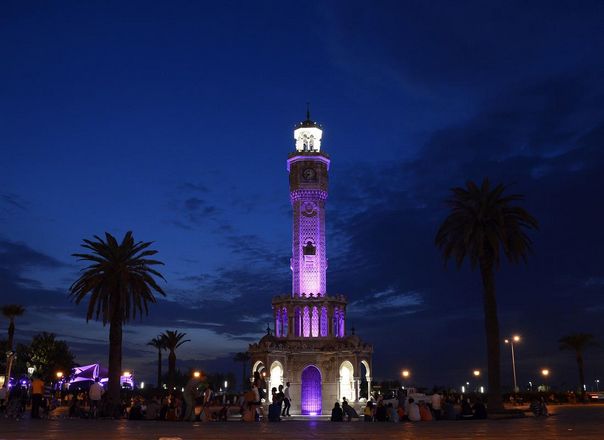 The best things to do on the clock tower in Izmir

• To start with, you can watch Izmir Clock Tower and reflect on the splendor of its construction, in addition to taking some memorial photos in front of it or beside it in the company of family or friends 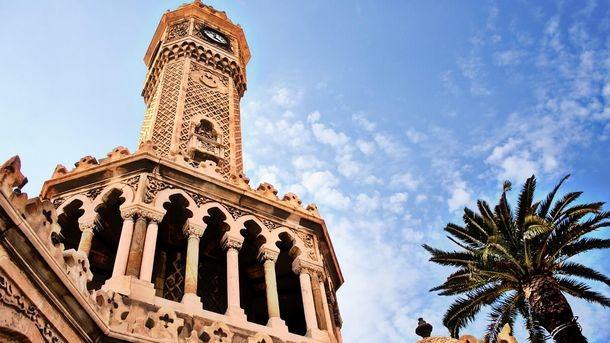 • At the side of the tower is Ataturk Park, where you can take a short break and sit there in front of the small lake, where the park is a destination for many people to take a break.

Next you can go to the Konak Mosque, which is adjacent to the Izmir Clock Tower, was built in 55 AD, which is one of the distinguished mosques in the city of Izmir. 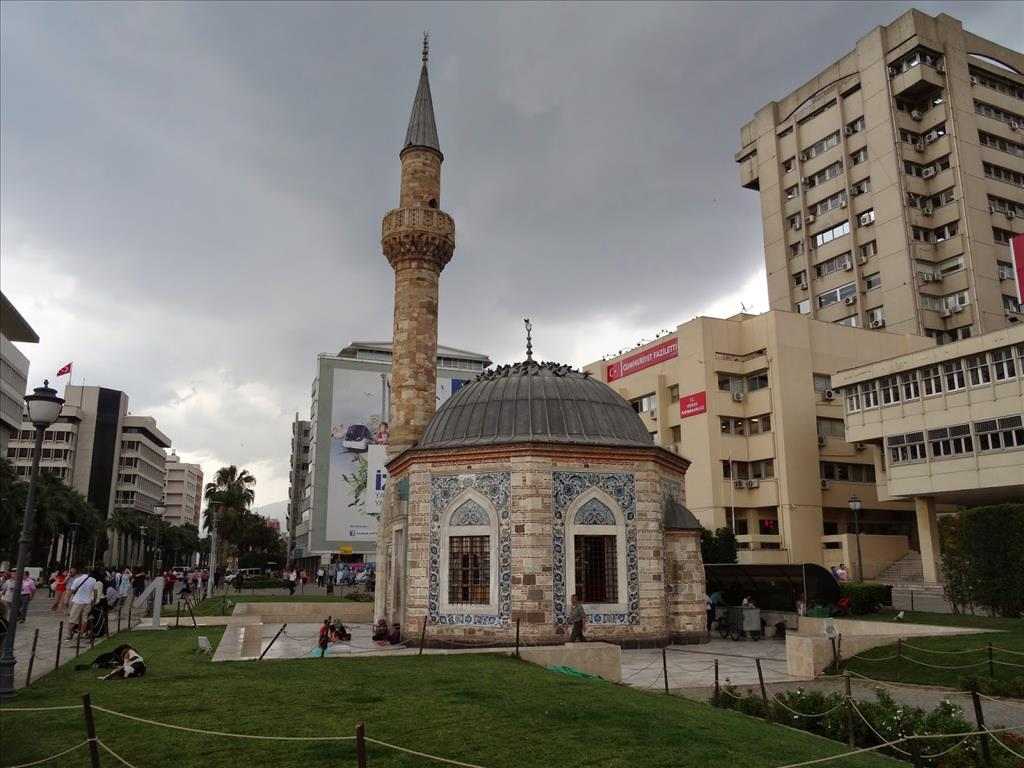 • Finally, if you feel hungry, you can head to MEZALLOUNA Restaurant, which is an 8-minute walk from Clock Tower in Izmir, where you can enjoy a delicious meal and a good rest. 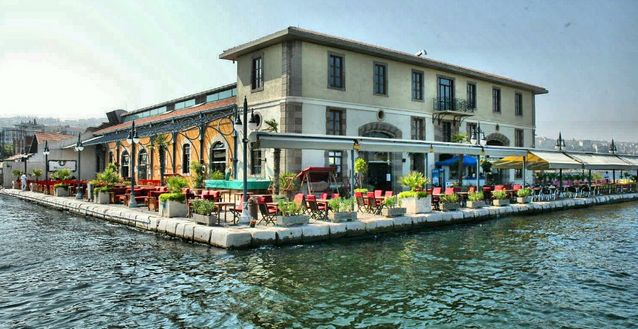 Cordon Passport Hotel is one of the best 4-star Izmir hotels, located an 8-minute walk from the Clock Tower in Izmir.
Summary of Arab visitor ratings
He received a very good evaluation regarding his location near the beach in addition to cleanliness and comfort, some negative comments about the poor internet service.

Renaissance Izmir Hotel is one of the best 5-star Izmir hotels which is an 8-minute drive from Izmir Clock Tower.
Summary of Arab visitor ratings
He received an excellent evaluation on the site, services and cleanliness, some negative comments about the air conditioning work in the rooms.