Siam Water Park is located in the Canary Islands and is considered the most in Europe and possibly in the world! The Thai-style garden is located within the framework of more than 25 buildings under the title “Thai outside Thailand” and its designer obtained permission from the Thai royal family to use the name of the garden and the theme. Siam Park is also the first green water park in the world, where the water in the garden is heated to 25 degrees Celsius as it is the first water park in the world air-conditioned in the open air. And you desalinate 700 cubic meters of sea water daily! The park has world records including the largest man-made wave in the world and the largest Thai building in the world outside Asia!

This site was one of the most beautiful sites hosting China, especially the capital of Beijing, for the Summer Olympic Games, as it was the National Aquatics Center. Today it has turned into a wonderful indoor water park under “Water Q Park” and is considered the largest water park in Asia, as it includes a group of wonderful games and an artificial river in addition to a huge wave pool and a specialized spa.

Located in Atlantis, The Palm, this water park is the largest water park in Dubai and boasts the most exciting slides in the world. The park itself consists of two main towers (Poseidon and Neptune) connected to a giant slow-flowing river that transports passengers between different slides. For those who love action-packed activities, this park has a number of options, but the most challenging among them are the “Poseidon Revenge” and “Leap of Faith” games. First, it closes the passenger in a transparent vertical tube, then a hidden door opens, leaving the passenger falling towards the ground. The second, it is simply a semi-vertical descent without a tube and only those with strong hearts dare try it.

Dollywood Splash Country in Tennessee, USA, among the best water parks in the world

This water park does justice to the best water park in the United States. “Dollywood Splash Country” includes more than 35 hectares of slides, swimming pools and swimming channels along with the smoky mountain, which is a mountain that requires many adventures to climb. Families enjoy the Cascade pool, which is shaped like a large water balloon with 25 interactive elements, including “Geiser”.

The idea of ​​tropical islands does not converge much with Germany due to the different climate, but in fact, this wonderful water park named “tropical islands” is located in the place of a former aircraft headquarters in Germany and is today the largest indoor water park in the world with interior regions inspired by Thailand, Samoa and Borneo And Bali. The water park also includes a tropical forest containing more than 50 thousand plants!

Bali is not only a paradise for lovers of yoga and relaxation, but in this huge park you will only find fun and sun! The water resort offers many water games, especially its exceptional Climax slide! Also, the 2.5 G-force is sliding at a breakneck speed and only the hard-hearted would risk it. But there is part of the excitement for everyone according to the desire to take risks and the ability to indulge in the adventures of “Waterbom Bali”. 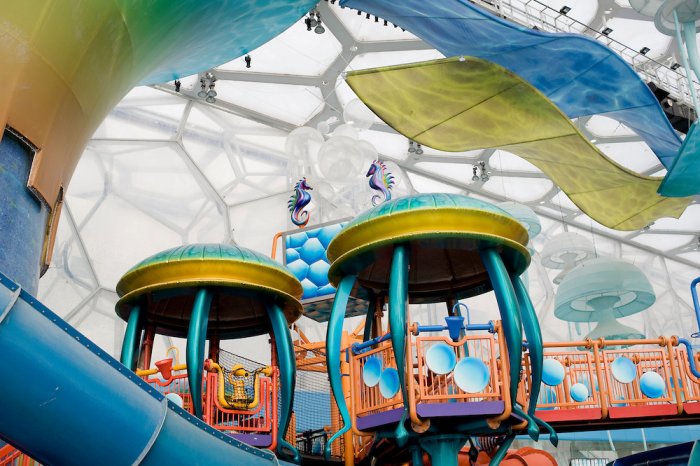 From Water Park Cube in China 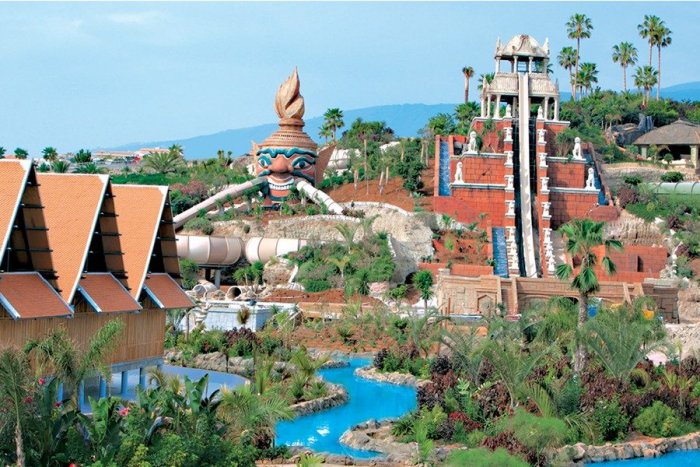 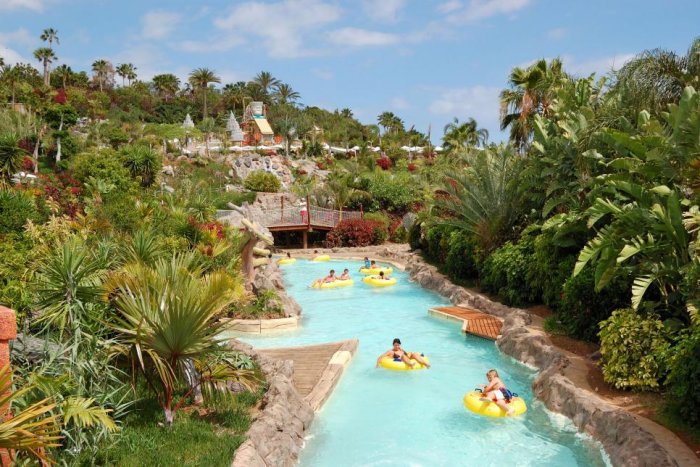 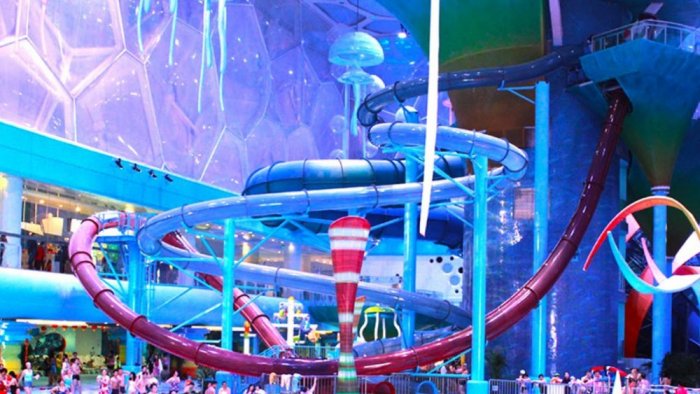 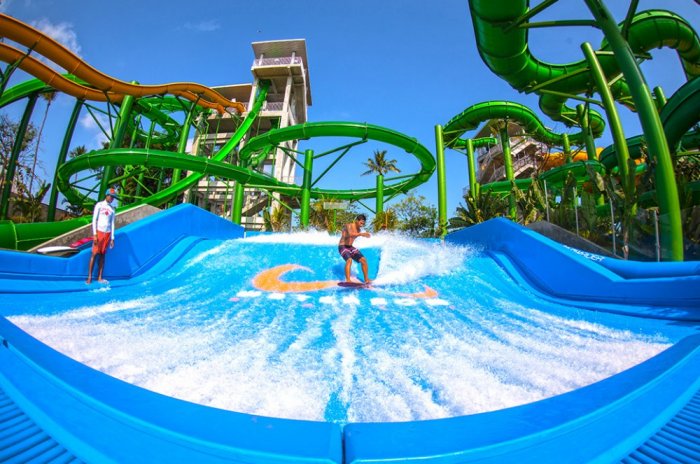 From Waterbom in Bali 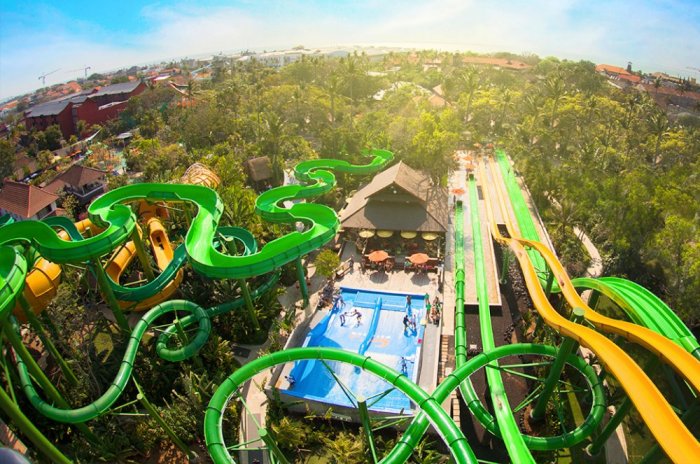 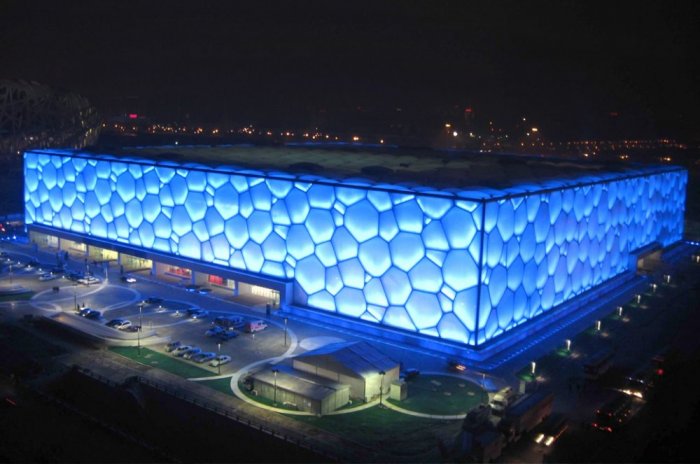 Water Park Cube from outside 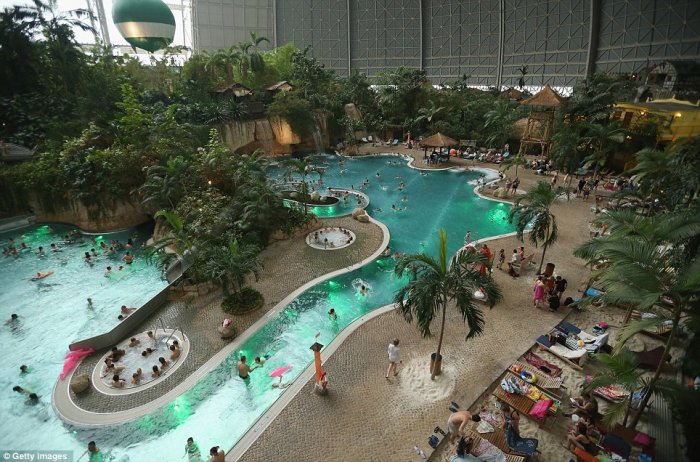 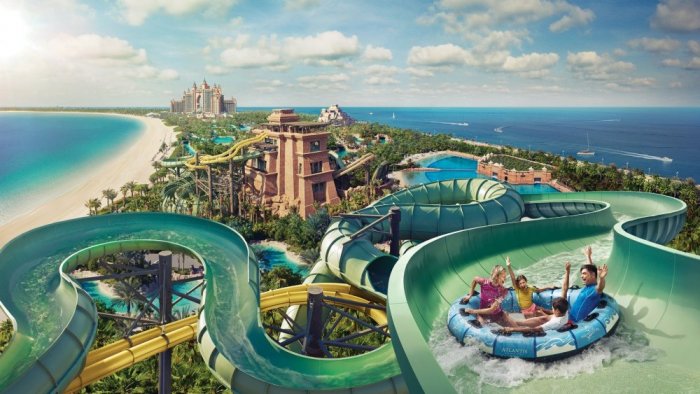 From Aquaventure in Dubai 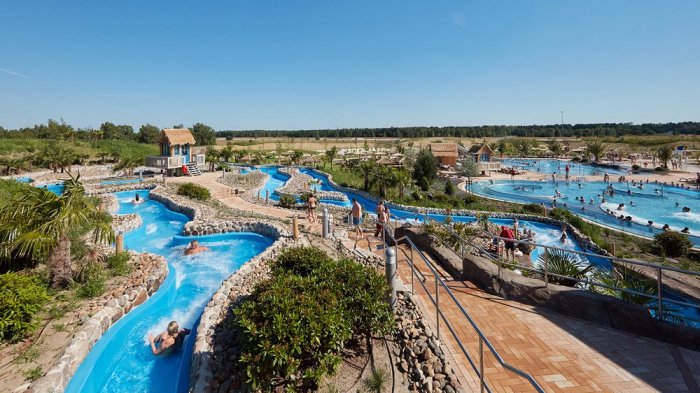 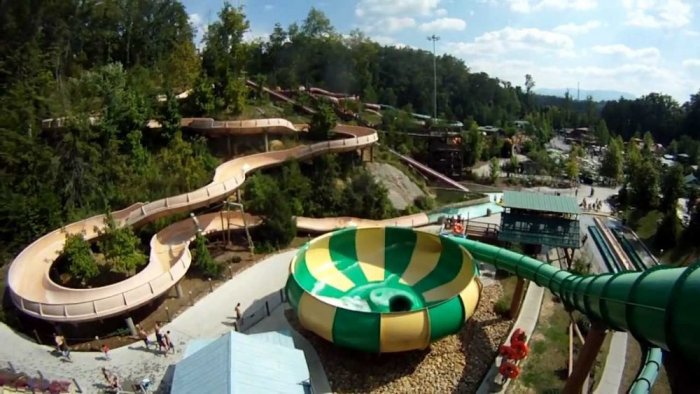 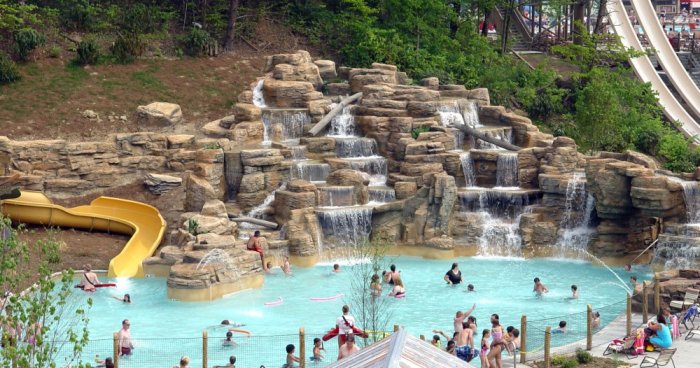 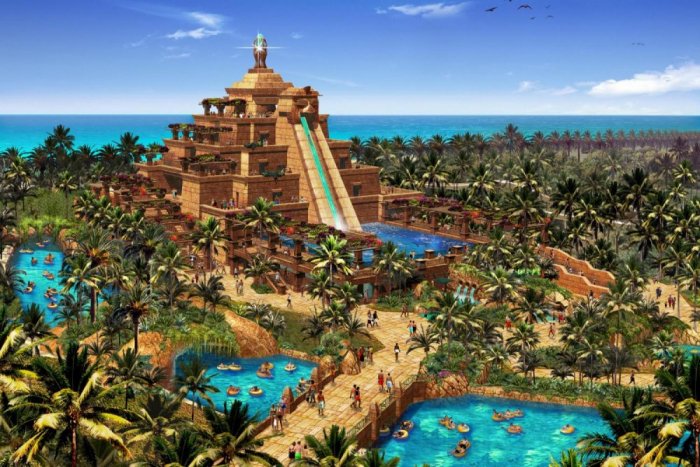 A world of entertainment in Aquaventure Dubai 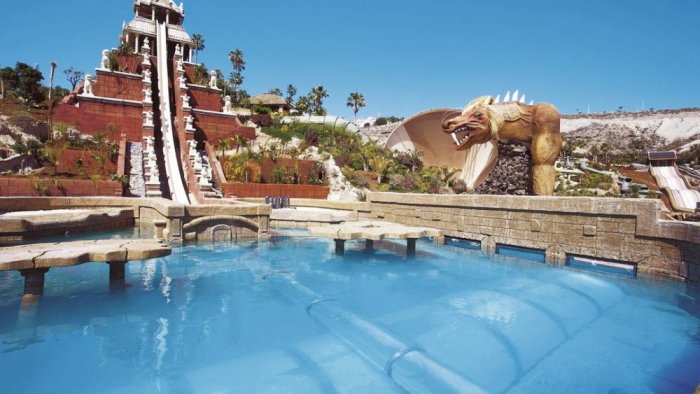 Siam Park is a Thai water park in Spain 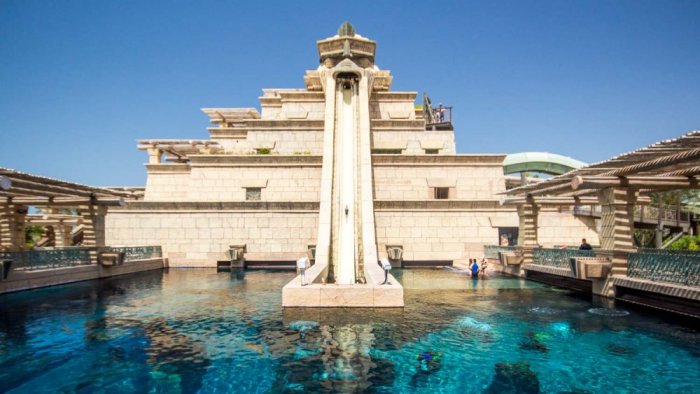 Your destination in the summer of 2020 inspired by Arab celebrities