The best tourist places in Algeria

What is the third tourist country in Europe

Home ⁄ India ⁄ The customs and traditions of India .. The Indian sari and the traditions of marriage and blessing of food are the most prominent customs of the country of a billion people
Share on
Facebook TwitterWhatsapp

Top 5 activities to do in Thekkady Kerala

Indian civilization is one of the oldest civilizations in the world, its history goes back to 4,500 years, and it is also one of the richest civilizations, which made it coveted for invaders and occupiers throughout the ages, which directly affected the Indian race and Indian religion alongside customs and traditions, however the Indian people are considered among the most conservative peoples On its history which we will talk about in this article about the customs and traditions of India embedded over the passage of ages.

Customs and traditions of India

The state of India includes 7 federal regions divided into 27 states, and Punjab is one of the most famous Indian states alongside the Indian capital, New Delhi, the old Delhi, southern culture in the Tamil region, the famous coastal state of Goa, and the disputed state of Kashmir disputed with Pakistan, Gujarat, and the city of Mumbai, and each region has its customs, traditions, and cultures. Some are similar, but they have many differences, such as the rituals of marriage and the dowry offered to the husband, in addition to the various religions and languages. Read also: Customs and traditions of Pakistan

Read:Learn the distances between cities Kerala

The Indian sari is considered one of the most famous clothes around the world because of its bright colors and beautiful patterns and its forms vary from region to region, and despite the global openness, the Indian woman is still committed to the traditional Indian dress, especially in wedding parties, social occasions and religious celebrations, here showing the extent of their adherence to customs And in the traditions of India, the sari is a silk or cotton cloth up to 16 meters long that is wrapped around the woman’s body with a portion of her waist visible. As for the Indian man, he does not have a mandatory costume, except that in parties and weddings he wears the silk called “kurta” and “pajama” and in the villages they wear a lungi, which is a cotton cloth around the waist and thigh. 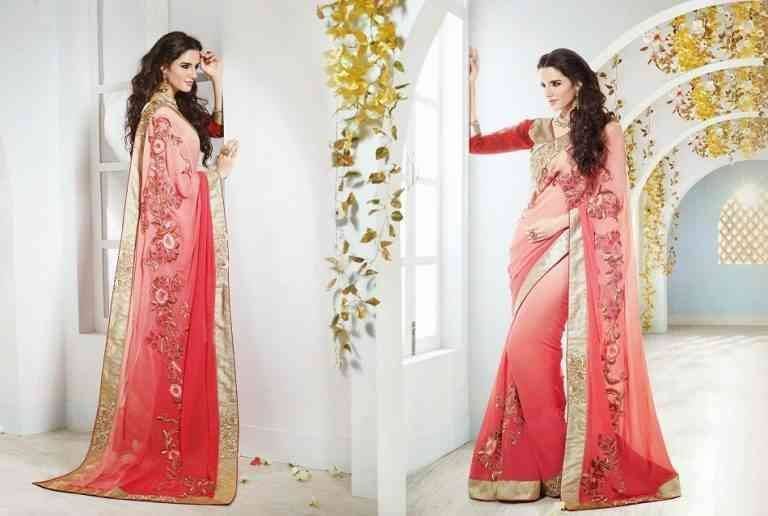 Clothing in India – customs and traditions of India

Food customs and traditions in India 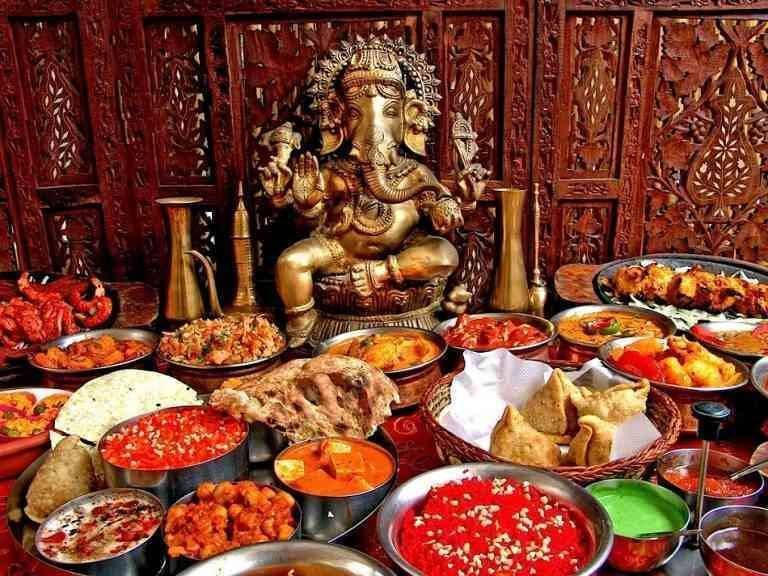 Read:8 cities you should visit if you go to India

Peace customs and traditions in India

The Indian salutation differs from most greetings around the world and is very famous, especially with the spread of Indian cinema. It is about joining the palms of the hand to each other and bowing the head forward, but if the person is old or standing, the younger one bends and touches his foot as an expression of respect and obtaining His blessing, and the elderly, in turn, touch his head as an expression of his satisfaction with him, which is usually a sign of humility, especially since the Indians consider the foot the most impure body parts. Also read: Tourist Places in Kerala, India

Customs and traditions of celebrations in India

The Indians celebrate the “Holi” colors annually by wearing all white clothes, throwing themselves in water and colors, as the Indians celebrate the “Duchar”, which is the mention of Ram’s victory over the evil Ravan and 3 sculptures, one for the villain and 2 for his brotherhood are burned, and fire and beating drums are among the most common habits And the traditions of India, which over time turned into an annual holiday. 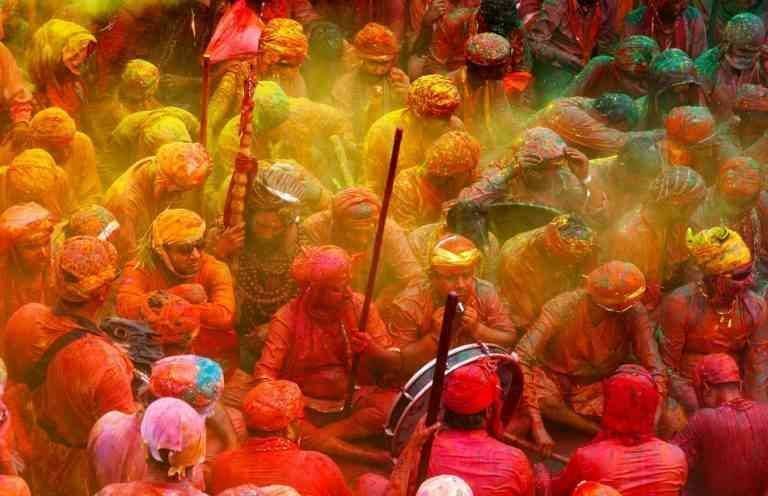 Exotic customs and traditions in India

India is famous for several strange customs, and the most famous of them is that, in December of every year in the state of Karnatak, the Indians used to throw about 100 children from the temple, i.e. an altitude of up to 200 feet, to be picked up with a piece of cloth from below, believing that this sacrifice brings luck Life, goodness and health, as the Indians used during the harvest season, especially in the southern region, to drop the raging bulls amid a large gathering of individuals for the purpose of playing with them, and although they cause the death of a large number of individuals involved, they are still continuing. The attachment of individuals to barbed wire is considered one of the strangest habits of India. , And it was called the Celebration of Hochmann, which is Barah for a number of volunteers attached sharp wires, lift themselves up, and considered South India of the most famous areas of this celebration, as Hindus draw near South India through their gods to walk barefoot on the fire slowly in the feast Thimiti of each year. Which made it one of the strangest customs and traditions of India. 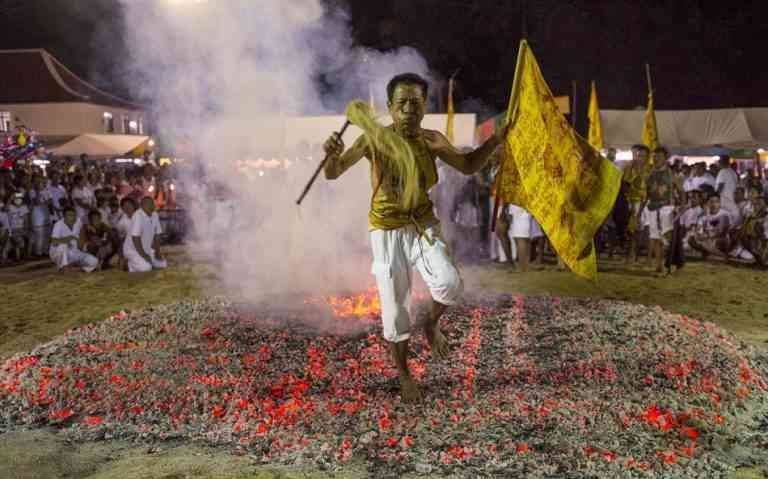 Customs and traditions of India
Walk barefoot on fire

Donate hair to the temple

Indians donate their hair to the temple or charities and the priests sell it and use its price to repair and restore the temple or help poor families or children, which made it a lucrative business. Read also: Customs and traditions of Singapore

Marriage customs and traditions in India

The Indian bride chooses her life partner according to a marriage arranged by the family of the same social class, some of which are specified since childhood, and the bride must pay the dowry and wedding costs and set up a hustle party that includes some Indian rituals such as turning around the fire and sprinkling a handful of rice on the bride and decorate the husband to the front of his wife in red as an expression of The completion of the Qur’an contract, under the supervision of the priest, as well as a ceremony for henna and decorating the bride and a dance party in which competition is held between the bride’s family and determining the best. Usually a large house is rented to receive the attendees and visitors from the families and friends. It is known in India that the sermon does not take place. And joy ceremonies only after the temple priest agrees to marry, believing that matching the horoscopes of the newlyweds “horoscope” is the basis for the success of the marriage in case it does not match. According to the two towers, India’s customs and traditions in marriage are considered a sacred bond because in the event that the social levels do not match or refuse to marry, the person is subjected to the wrath of the Indian gods, and in some Indian states the bride deliberately indoctrinated those who proposed to her engagement. In the case of his complaint of pain, it is a refutation and announces to the rest of the women of the village that he is a coward and if he endures the pain, he accepts it and considers it a dream of her dreams. Wives unlike other religions, as Indian law permits civil marriage between two different religions, however some fanatic families refuse this marriage and may at times amount to killing spouses for not complying with the teachings of religion. 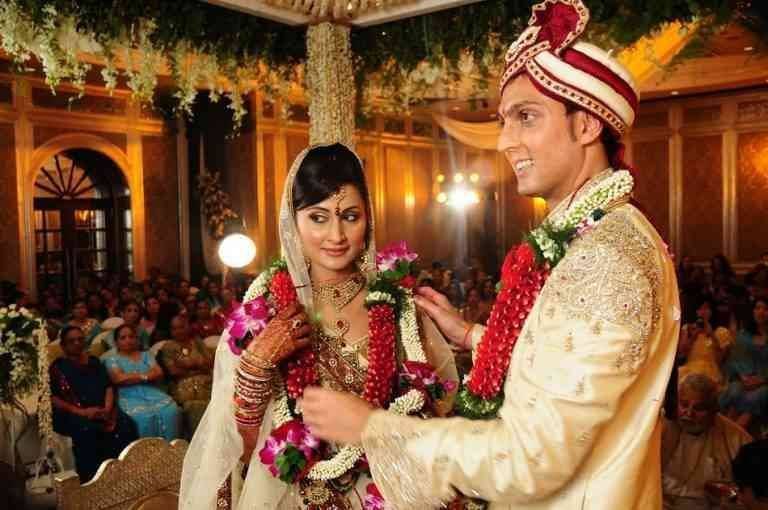 Customs and traditions of death in India

India is famous for burning the dead bodies. The Hindu religion believes that burning the bodies and dumping its ashes in the river cleanses it from its sins. The deceased is dressed in white with a pattern-free dress. The wife whose husband died in the white dress is committed to the rest of her life and is not allowed to marry again. She is considered a harbinger and fanatical families do not allow her to attend weddings and specify specific types of food for her and in the past they shave her hair in some areas A rural woman is burned with her husband alive, but they have abandoned this habit somewhat recently, especially after the Indian leader called Gandhi to treat the widow as a person with rights and duties, but in the case of the wife’s death before her husband, she is embellished and equipped with colored clothes and put cosmetics on her before completing Cremation ceremonies, and her husband has the right to marry after her death with another. As for those of the monotheistic religions such as Islam and Christianity, they are obliged to bury their dead in cemeteries designated for them according to the provisions of their law. Source 1 here. Source 2 here. Source 3 here

What is the capital of Kuwait

Information about antiquities in Jordan

The sweetest country in the world

The 10 most beautiful tourist destinations on Madeira Island are recommended

Where to toss with the baptism

Lake Zell am See in Austria