The Taj Mahal is one of the most famous tourist attractions in India and is one of the seven wonders of the world. Below is some information about building this flag and the time it took to build. 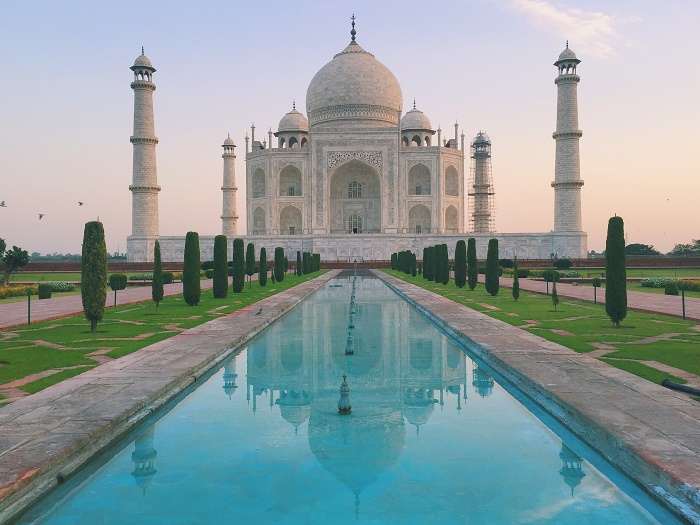 The Taj Mahal was built between 1632 and 1653 and was built by Shah Jahan, the fifth emperor of the Mughal family and took 21 years to build. It is located in Agra in Uttar Pradesh, India, and was built as a memorial to the beloved wife of Shah Jahat after her death in 1631 It is 68 meters high and the materials used in its construction are the white marble of the main shrine and the red sandstone of the structure

It was declared a UNESCO World Heritage Site in 1983 and won the New7 Wonders Award for the World List Initiative between 2000 and 2007, and the place can be visited from sunrise to sunset and the place is closed on Friday, and night tours are allowed from 8:30 pm until the hour 12:30 PM for a limited time of 30 minutes per group. 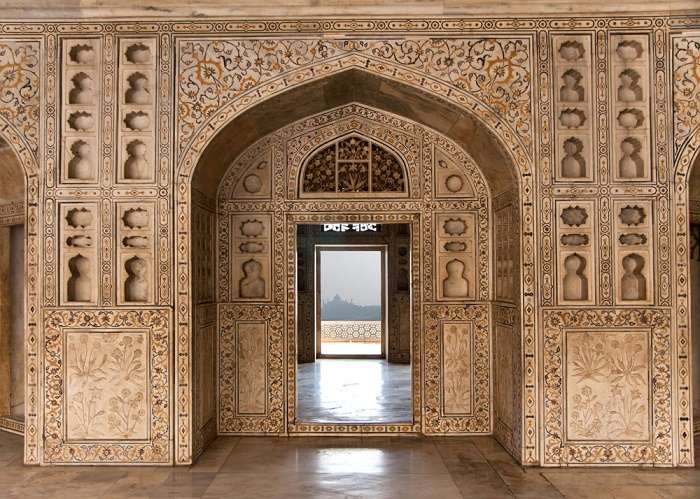 Taj Mahal is famous as one of the wonders of the world and is an example of true love and passion due to the emperor’s loyalty to the memory of his wife, as it is distinguished by its architectural beauty as it is said that it is the most beautiful monument built by the Mughal rulers. Like other buildings, but the honorary passions of Emperor love that happen in living stones. 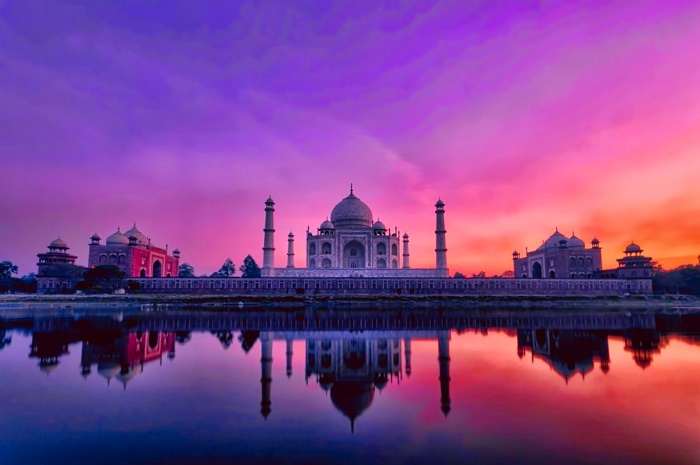 The Taj Mahal is the jewel of the coronation of Mughal architecture in the state of India, in which the Mughal tradition of erecting the majestic shrines of the memory of members of the royal family appears, and it appeared in the form of a majestic crown. It contains some Persian elements such as dome design, arched entrances and some contemporary Hindu design elements. 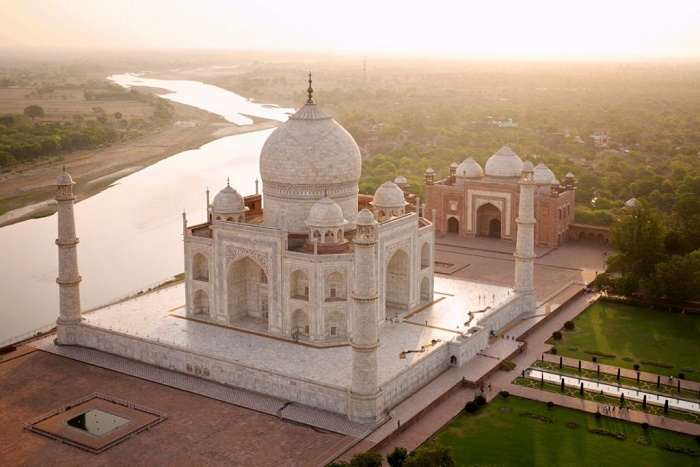 This memorial consists of a decorative gate, a beautifully designed garden, and a wonderful water system that also includes a mosque. It is located on the banks of the Yamuna River south, and extends south to the north towards the river. This monument embodies the funerary austerity that turned into a beautiful memory of love and loyalty.
The building is located on a high square base made of white marble at a height of 50 meters from the river level, and the grave itself is located in the center of the base surrounded by four minarets at an equal distance, and the Taj Mahal is a square structure with a length of 55 meters and the minarets are spread over 41.75 meters from the grave wall And its height is 39.62 m.
The central dome in the main building is 18.28 m in diameter and 73 m in height, and the dome rises from the top of the building by a high cylindrical base of 7 meters in height, the upper part of which is decorated with lotus, the dome contains some gold-plated decorations and each minaret is divided into three equal parts and has an octagonal base Ribs 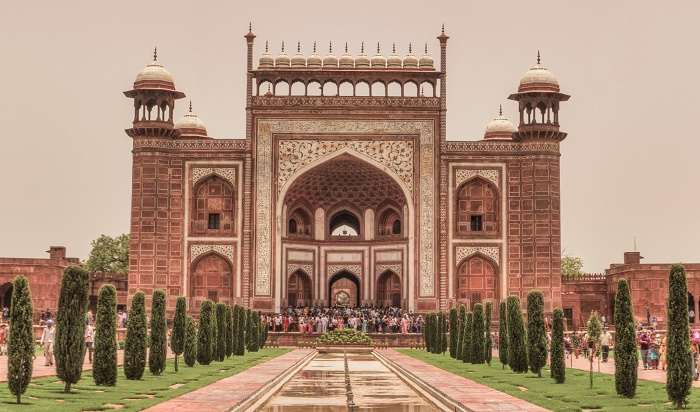 The garden is part of the Mughal shrines and is known as Sharbagh, it is high paths of red sandstone and divided into four parts, each of which is divided into 16 symmetrical sections, and has a square marble swimming pool halfway between the Taj Mahal and the entrance, and there are many fruit trees The trees of Cyprus, which symbolize life and death respectively. The trees in the garden were distributed in equal distances. The garden was designed in a way that provides a clear view of the Taj Mahal.