Home ⁄ Kyrgyzstan ⁄ The most important tourist places in Bishkek, the capital of Kyrgyzstan, the country of beauty and mountains
Share on
Facebook TwitterWhatsapp

Where is Kyrgyzstan located and how to travel to Kyrgyzstan

The list of the most important tourist places in Bishkek is not confusing, as there are not many landmarks the traveler has to choose from. Nevertheless, Bishkek, by its immersive present nature, and its unconventional tourist attractions remain a wonderful opportunity for an unforgettable vacation, and with the nature and tourism in Bishkek looking into this report.

The most important tourist places in Bishkek

Traveling to Bishkek, the capital of the Kyrgyz Republic, one of the Central Asian republics that gained independence in 1991 AD after the disintegration of the Soviet Union is governed by its mountainous nature and vast green areas like that of the Republic of Tajikistan with scenic landscapes. Thus, the first goal of visiting Bishkek is to relax and recuperate and spend A quiet vacation away from the hustle and bustle of traditional life. 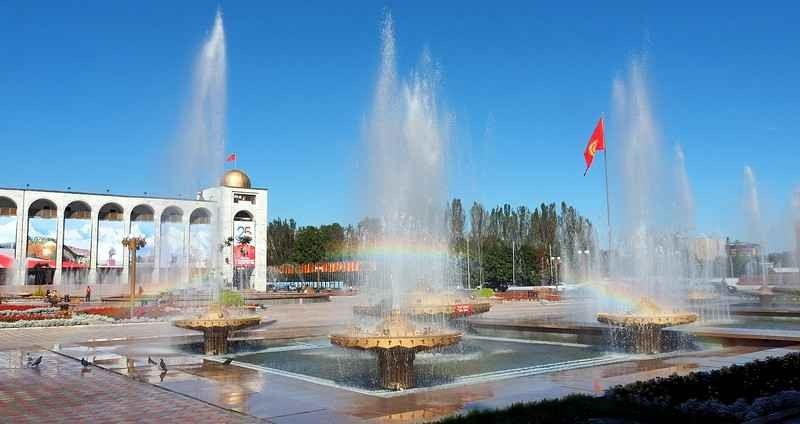 “Ala Two Square” comes at the top of the list of the most important tourist places in Bishkek because it represents the gathering of a large number of tourist places. It was built to commemorate the twentieth anniversary of the country’s independence. As for the square itself, it was established in 1984 on the occasion of the 60th anniversary of the independence of “Kyrgyzstan” from the Soviet Union. Most of the national and entertainment festivals and festivals are held in Ala Two Square and is considered one of the favorite places for the local people. 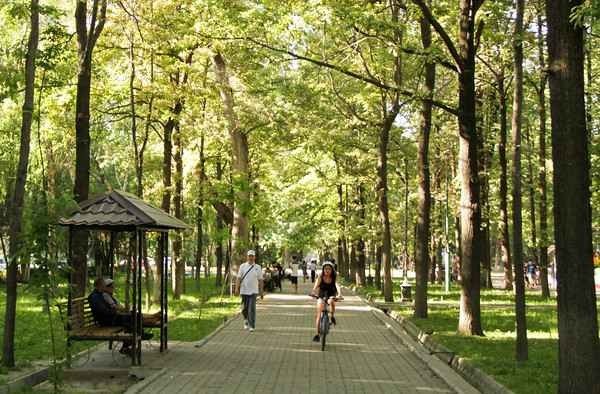 Read also: Tourism in Kyrgyzstan Information about entry visas, costs of living and the most beautiful tourist places

The age of “Oak Square” is due to the age of the capital itself, so it is one of the most important tourist places in Bishkek that must be seen. Omar returns the oak trees that were named after the square to the name of the year 1890 AD and were planted by students of the Agricultural School at that time. The Oak Square occupies a special place in the hearts of residents “Kyrgyzstan” is considered one of the main parks that people visit especially in the summer to enjoy sitting under giant trees and chasing red squirrels that spread everywhere. The Oak Square in Bishkek is divided into two main parts: the garden that includes giant oak trees, and the cultural center that includes someMonuments, statues and historical buildings. The square also includes a theater for displaying Soviet dramas, some art galleries and an old church. Among the well-known places within the Oak Garden is the “Twelve Bowls” Fountain, a water fountain in the middle of it an 11-meter obelisk that commemorates the soldiers of the Russian Red Army who were killed in wars National.

The list of the most important tourist places in Bishkek cannot be free from one of the sources of pride of the people of “Kyrgyzstan”, which is the National Botanical Garden. The park was established in 1938 AD and is now part of the National Academy of Sciences in the country. The Botanical Garden in Bishkek is ranked as the best botanical garden in terms of diversity The richness of the botanical nature in Central Asia and the countries of the former Soviet Union. The park includes more than 2,500 trees and shrubs, 3,500 flowers, and more than 8,000 fruit trees! There are also 4 laboratories for scientific research, and the garden area is 124 hectares of land allowed to visit Only 36% of them are the best times to visit During the spring season, when the scents of flowers and plants smell and green buds come out. As for the fall season, the colors dominate the scene and the garden becomes like an artistic painting that captures the heart and the eye. You cannot tour the tourism in Bishkek without visiting this great garden. 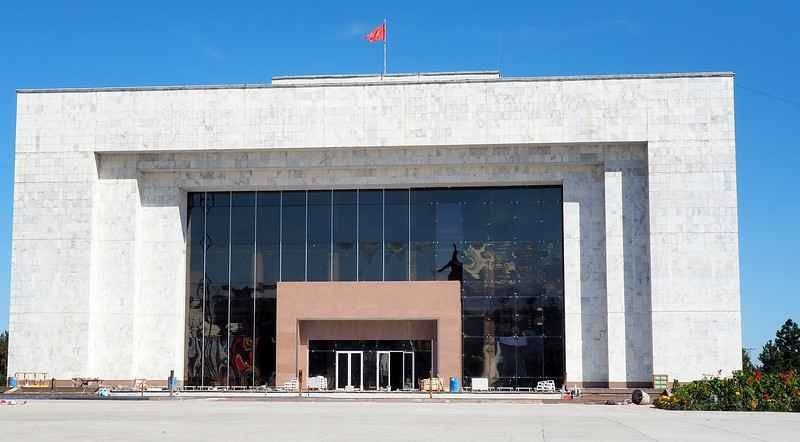 Read:Tourism in Kyrgyzstan Information about the entry visa, the cost of living and the most beautiful tourist places

It is a cultural tourist place in Bishkek and its establishment dates back to the year 1927 AD. The museum is considered one of the most important tourist places in Bishkek because it includes a unique collection of Soviet-era remains, different types of carpets and textiles, and some tombstones and murals. It was previously used as the headquarters of the Soviet Intelligence Service, but now the first floor is dedicated to the Kyrgyz national heritage, and the second floor displays the remnants of the Communist period, and in exchange for more money can be seen see the section of gold and silver that is located in the basement and visitors are not allowed to see it. 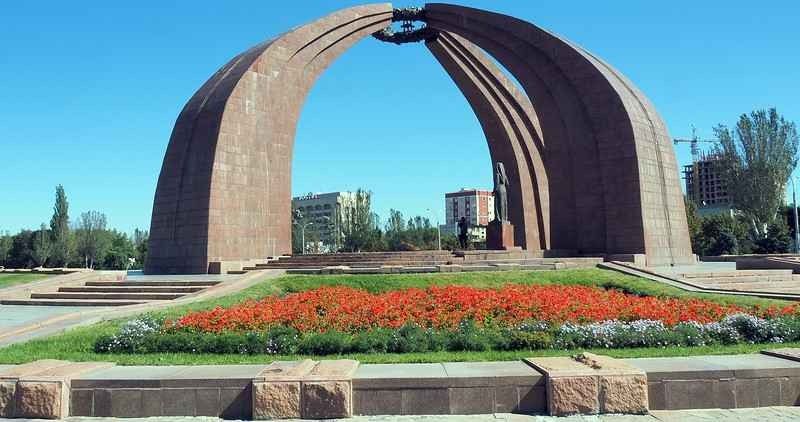 Although World War II did not reach Kyrgyzstan, the Soviet government at that time built a square and a memorial to mark the victory of the war. The memorial takes the form of a tent that protects the country’s northern region.

There is no doubt that the Osh Bazaar is one of the most important tourist places in Bishkek, although it is not the largest market in the Central Asia region. However, the movement of buying and selling in the market is more active than many markets around the world. As usual, you can find everything you are looking for in the market, beginning Of the local foods, vegetables, fresh fruits, and an end with clothes and electrical appliances. Salted cheese and dates balls are among the most famous exhibits on the market. We hope this report will illuminate your next trip to the Islamic country Kyrgyzstan and tourism in Bishkek.

The most famous hotel in the Kingdom of Bahrain

Where is Kyrgyzstan located and how to travel to Kyrgyzstan

How many floors of Burj Khalifa?

List of the best boutique hotels in the Arab world

The best 4 activities in Kiyalılo Istanbul

Report on the Grand Plaza Rome

The best 3 activities in the world of adventure in Dammam