The most important tourist sites in Saudi Arabia 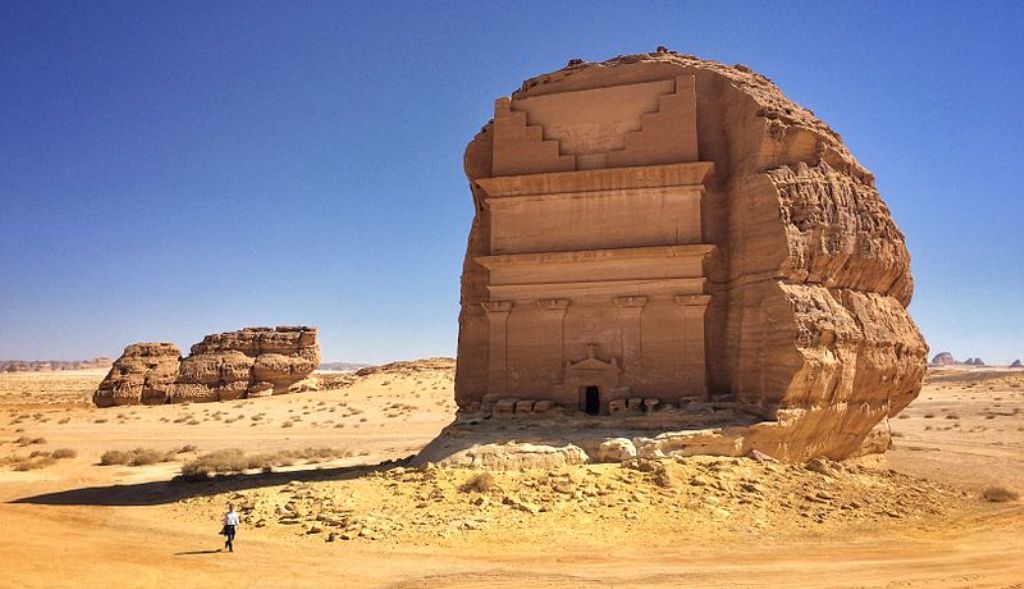 An archaeological site located in the northwest of the Kingdom, specifically in the Al-Ula governorate of the city of Medina, formerly known as the City of Al-Hijr, its historical fame was derived from its location on the ancient trade road, it was registered in the year 2008 AD as the first Saudi site in the list of UNESCO World Heritage sites.
Madain Saleh contains the largest southern settlement of the Nabatean kingdom after Petra in Jordan. It also includes 153 archaeological rock facades and a large collection of Islamic monuments.

The mouth of the case 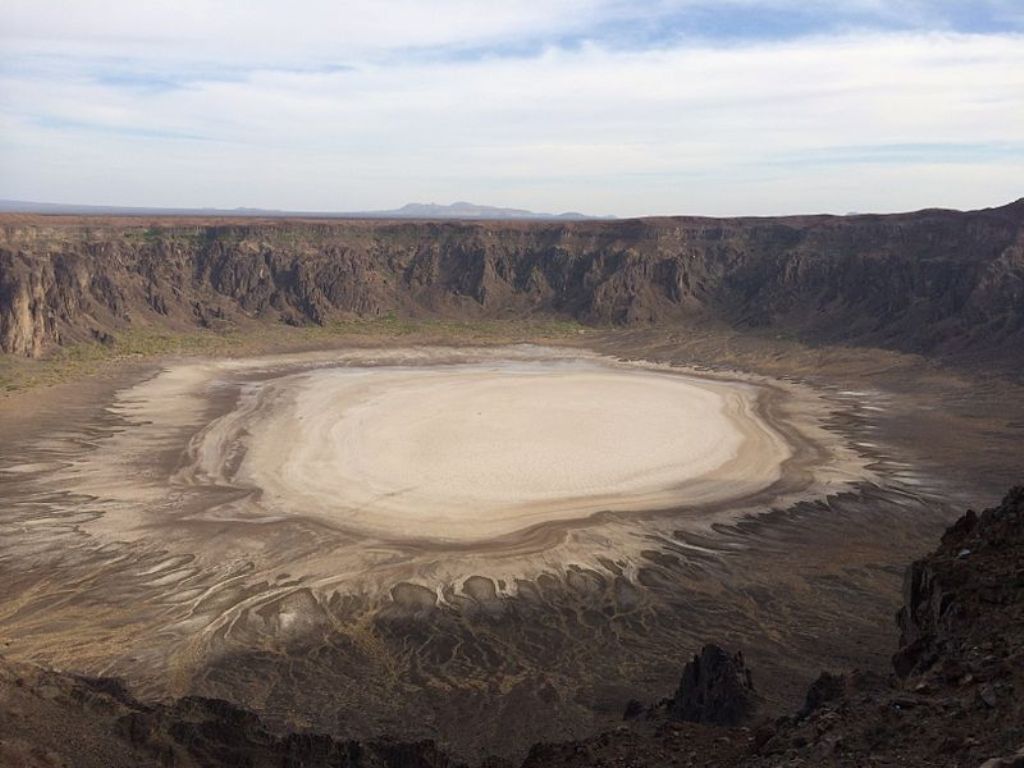 It is a deep hole in the ground with a diameter of 3 kilometers and a depth of 380 meters, located in the western region of the Kingdom of Saudi Arabia in the middle of the desert, 200 kilometers northeast of the city of Taif, covered with a white salt layer.
Researchers are likely that the crater was caused by a volcanic eruption or a meteorite fall, but there is no evidence for this. When descending 15 meters from the surface of the earth.
Palm trees and plants grow on small eyes of water and when descending down the hole you find a few desert weeds and arak trees that quickly disappear as you go in the middle of the hole. 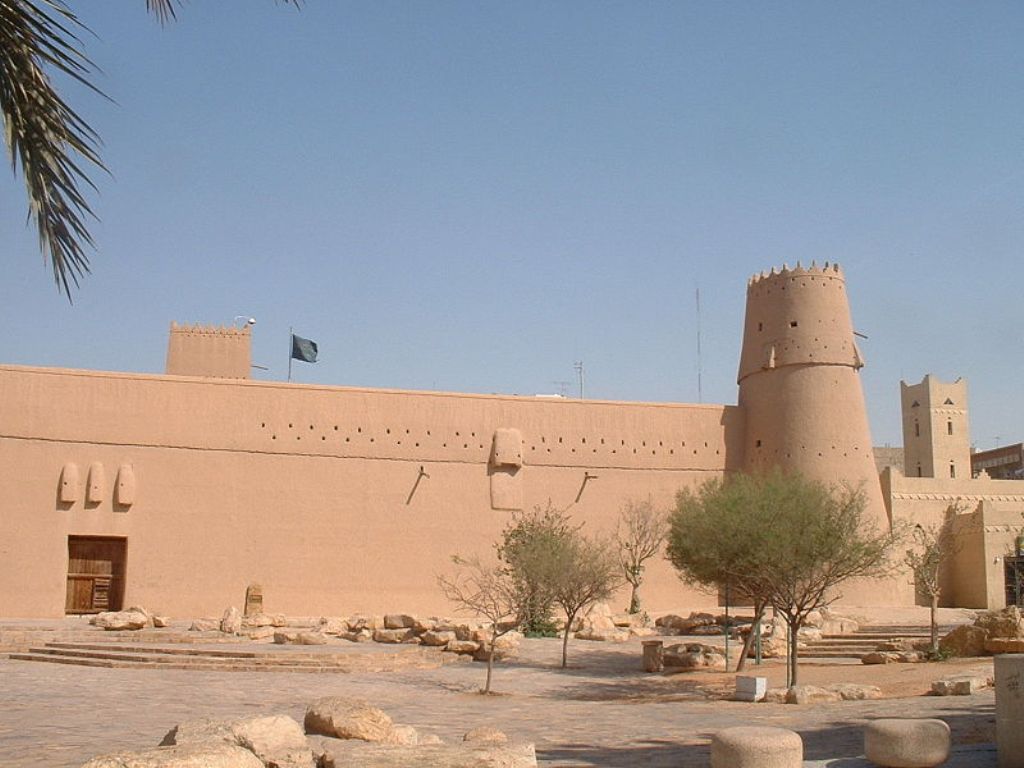 Al-Musmak means thick, raised, and fortified building. It is located in the northeastern corner of old Riyadh near the old wall, and is now located in Al-Dirah district, and dates back to the 19th century AD, and was the scene of the Battle of Riyadh, in which King Abdulaziz Al Saud regained the city of Riyadh for his family Al Saud of the Rashid family in 1902 AD.
Al-Masmak Palace is considered an ancient tourist landmark from the few original buildings of Riyadh to the present time, and now contains a museum inside it dedicated to uniting the Kingdom of Saudi Arabia at the hands of Abdul Aziz bin Abdul Rahman Al Saud.
In 1995, Al-Masmak Palace was transformed into a museum to display the stages and phases of the establishment of the kingdom at the hands of King Abdulaziz Al Saud, and it was officially opened, as it contains archaeological pieces that bear witness to Saudi history. 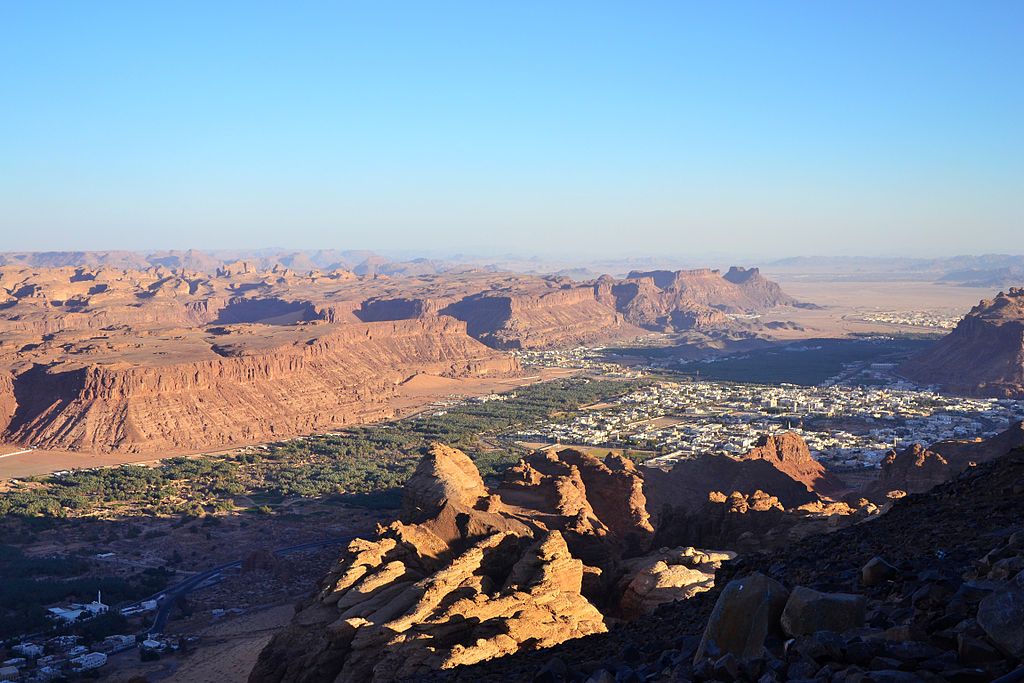 Al-Ula is one of the cities of the Kingdom of Saudi Arabia, and one of the most important non-traditional tourist attractions in Saudi Arabia is located in the west of the Arabian Peninsula, and it belongs administratively to the region of Al-Madinah Al-Munawwarah region, and it is about 300 km north of it, and it is one of the deserted civilizations in the world where its houses were built of clay 2000 years ago.
The city is also a place for ancient civilizations such as the Worms and Hayan civilizations, as this archaeological site still contains many tombstones and inscriptions written in ancient Nabatean.
During the visit of the Saudi Crown Prince Mohammed bin Salman to France on 9 and 10 April 2018, an agreement was signed between the governments of the two countries on a project to develop the Al-Ula Governorate, to enhance cultural heritage, enhance scientific knowledge, and open new ways for sustainable tourism around this unique archaeological site.

An attractive tourist destination is a wall made of stone and mud and has 4 towers in its corners, located on top of a mountain at the northwestern end of the city of Sakaka, and the castle is reached by a single, winding road.
The people share legendary stories about this castle and its standing against the invaders who wanted to demolish it because of its strategic importance. There are also 4 cylindrical towers in its four corners that rise about 5 meters from the castle’s floor.

Some of the popular markets in Jeddah