The strangest festivals around the world

The Festival of the Dead in Mexico
The traditions and customs of peoples differ with different regions and countries, and the manifestations of celebrations in each people are characterized by unique rituals. In this article, we will look at the strangest festivals in the world, where we will take you on a tour to India to get to know the Holly Festival and then to South Korea for the clay festival and other festivals and festivals that are out of the ordinary: 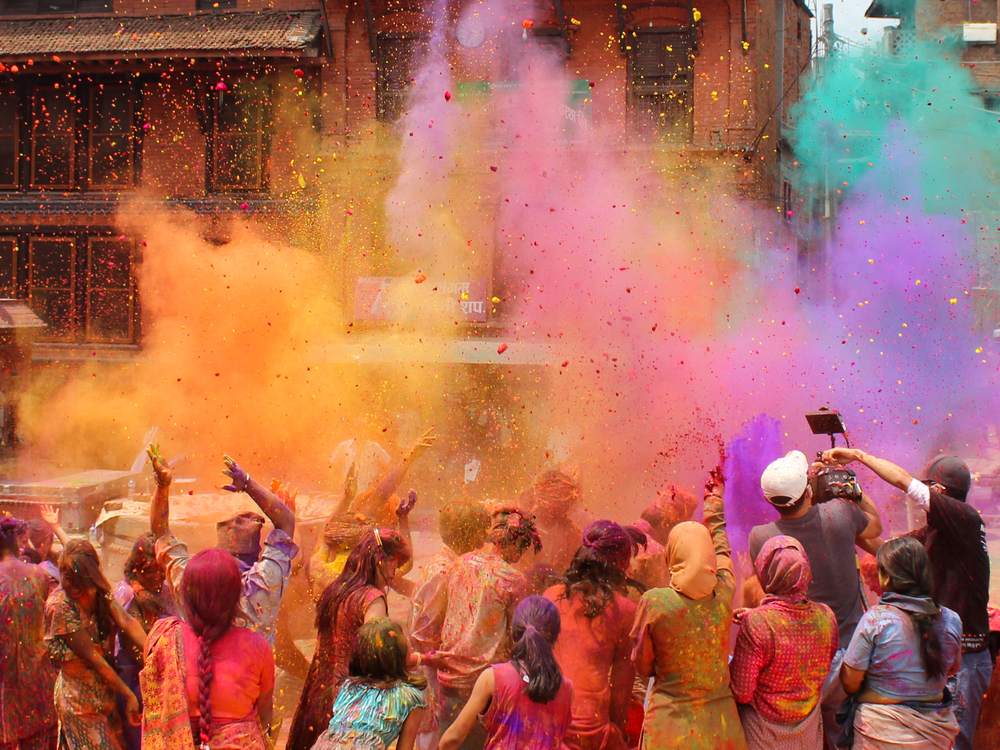 Holly Festival, India
The Holly Festival is one of the most famous festivals in India and has even become celebrated all over the world. The Hindus celebrate the harvest season and receive the spring season, and the festival is also said to have religious roots, as Hindu mythology tells of the burning of the sister of the Demon King, Holika, whose name is derived from the Holly Festival. During the festival, people rush with colored powders and sacred waters, smearing the faces of each other in an atmosphere of fun and joy.
Learn about the best Indian food, including starters, main dishes and desserts 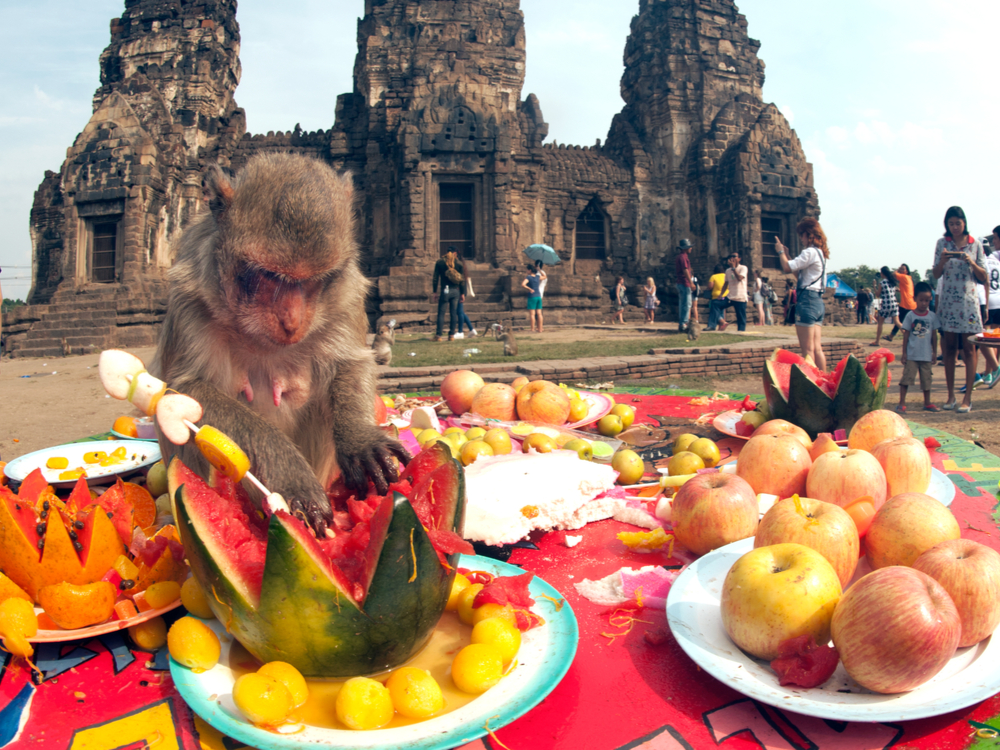 Thailand Lupuri Festival
The Lubory Monkey Festival is held annually in the northern city of Lupuri, and a large group of fruits and vegetables is celebrated for the city’s estimated 2000 monkeys. Both tourists and locals race to feed the monkeys and take souvenir photos with them.
Learn how to get a visa to enter Thailand 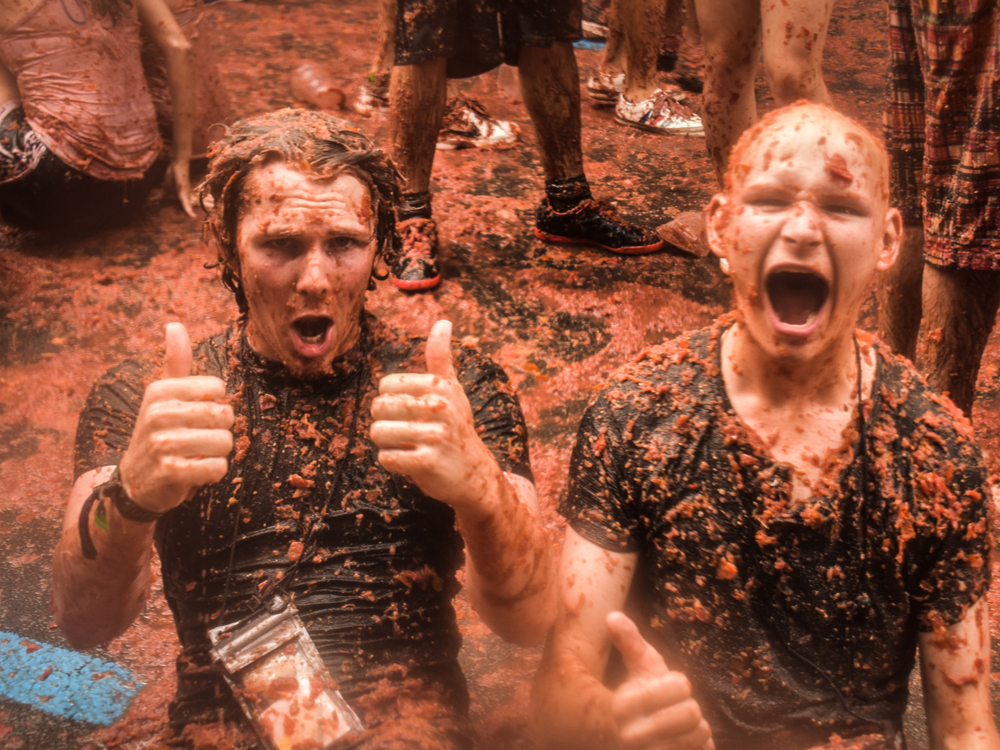 the festival of tomatoes in spani
One of the most important festivals held in Europe is the Tomato Crossfire Festival, which is called an annual festival that takes place on the last Wednesday of August in the village of Boniol, in the province of Valencia, Spain. Participants have been in tomatoes for more than an hour, using about 100 tons of tomatoes. Several other events such as music, dance, fireworks and others are held. On the night before the festival, participants compete in preparing the famous paella dish and wearing white dress by women.
Learn about the most important Islamic monuments in Spain 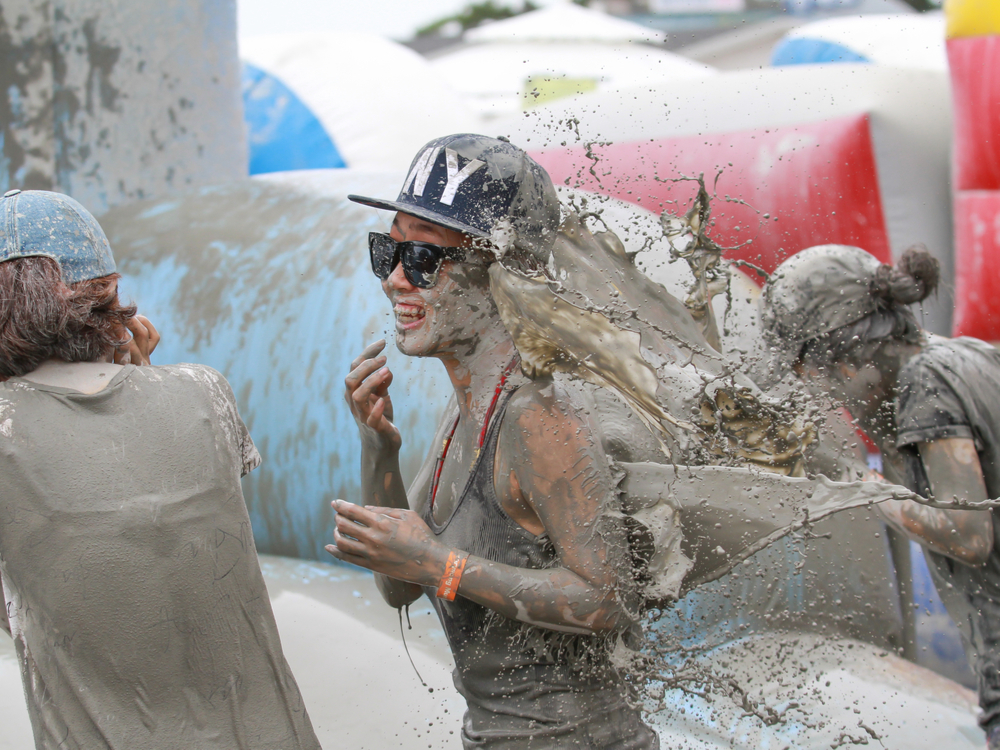 South Korea’s Boryeong Mud Festival
The mud festival is held annually in Boryoung, South Korea, to encourage tourism in the country, and to encourage tourists to come and explore unknown Korean cities for many. Several events are held within the festival, such as playing in the mud in huge clay ponds and enjoying music, dance and water games, and a region is dedicated to serving many foods and drinks from all over the world.
Learn about some winter activities that can be done in South Korea 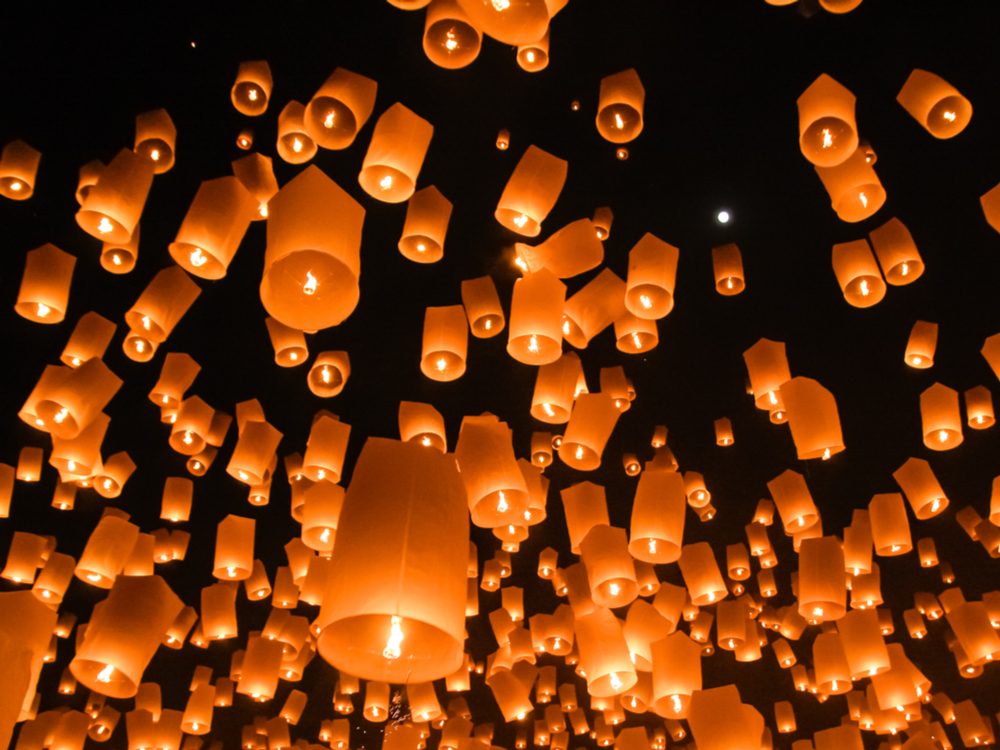 Lantern Festival, Taiwan
This festival is one of the strangest and most famous festivals in Asia, as it is held under the auspices of the Taiwan Tourism Office of the Ministry of Communications and Communication. Organizers are keen to change the venue of the festival every time so that all Taiwanese can attend as well as to introduce tourists to other regions in Thailand and encourage their visit to them. During this festival, lanterns are made and decorated either with drawings or by writing expressive words and then light them and launch them in the sky. Shows of lights and fireworks are held at the famous Wumiao Temple and night markets are established where souvenirs and famous Taiwanese food are sold.
Learn about Taiwan, one of the most beautiful tourist destinations in Asia 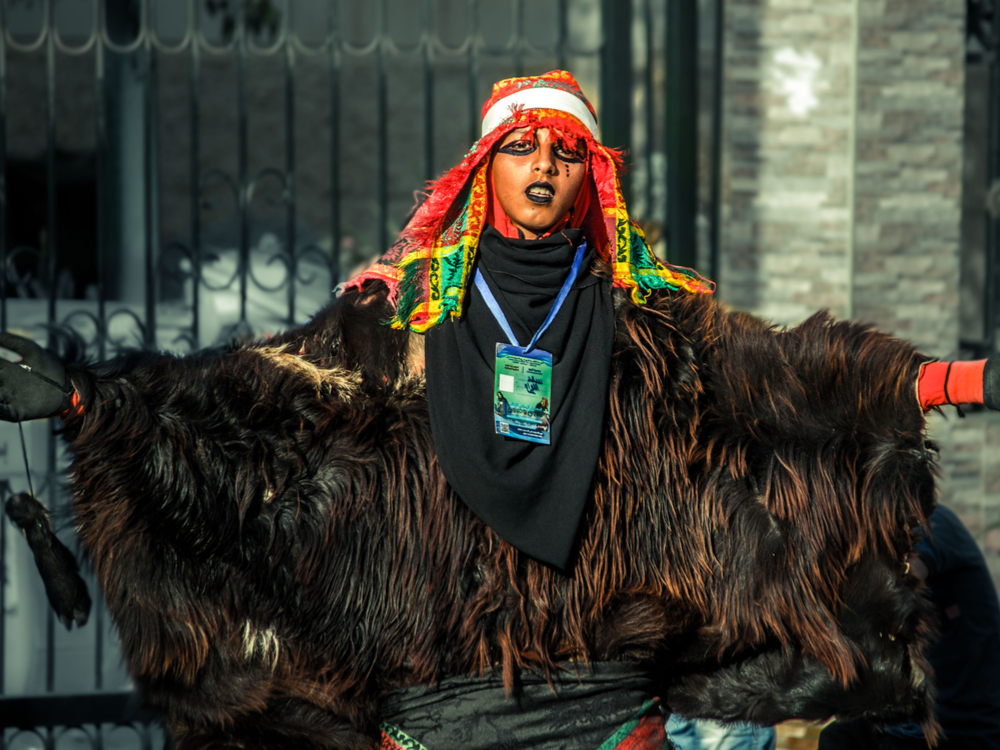 Belmun Festival in Morocco
The Belmoun Festival, or as it is called in some regions, is organized by Boujloud on the occasion of Eid al-Adha and is considered among the most important Amazigh celebrations that are organized annually where the participants wear sacrifice skins that are then slaughtered on the day of the holiday and put masks on their faces and they dance, sing and tour the alleys and streets of Moroccan cities and in their hands they carry The lists of sacrifics with which they chase those who come across them on the way and beat them with a light blow in order to spread joy and pleasure and is considered one of the strangest festivals in the region.
Reasons to invite you to visit Morocco 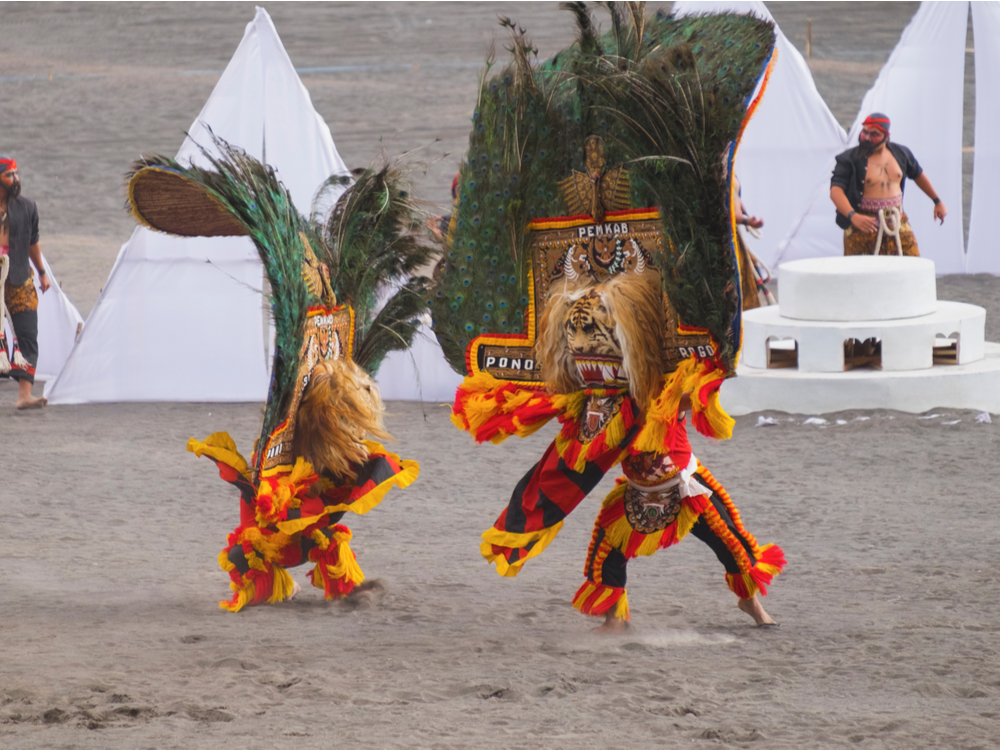 Yadonia Quesada Festival
The Yadnya Kassada annual festival is one of the strangest festivals in the world and takes place east of the island of Java near Mount Bromo, Indonesia. The farmers sacrifice the sacred mountain, which is one of the most active volcanoes in the region. Participants climb it despite its steepness and gravity, bringing with them their crops, some livestock, and other things to sacrifice by throwing them into the crater of the active volcano in the hope that it will bring them a happy and free of epidemics. The history of the festival is said to be more than 500 years ago.
Learn the most beautiful places on the island of Bali

Day of the Dead, Mexico 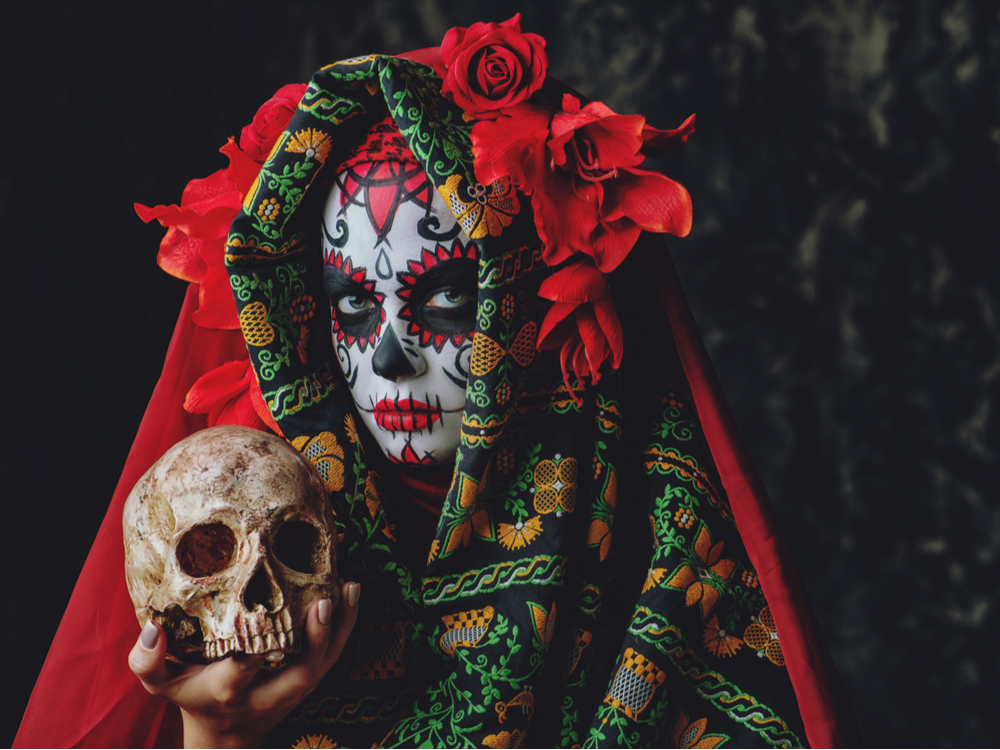 The Festival of the Dead in Mexico
Dia de los Muertes, or the Festival of the Dead, is one of the most famous Mexican festivals in the world, and takes place during the first days of November of each year, as the participants of this festival remember their relatives who left them. The roots of this celebration go back to the civilizations of the American Indians, who kept the skulls of their ancestors to honor their memory. The houses and streets are decorated with bright colors, and the celebrants go to the graves to sing and provide the favorite food and drink for the dead, and they wear colorful clothes and adorn the skulls and bones, making it one of the strangest festivals in the world.
Learn about the best Mexican food, including starters, main dishes and desserts

Have you ever participated in a strange festival? What is the?