If you are looking for a different and unconventional vacation, you can head to tourism in Belgium and the Netherlands, where it will be a unique journey that you will never forget.
You can start by visiting the picturesque Amsterdam canals in the Netherlands and in Belgium. You will see the Middle Ages alive in every building and every historical monument you visit.
Learn about in this article the most important landmarks that you cannot miss in both countries.

The city of Namur – Peljka

Namur is a beautifully preserved little historic city with a relaxed atmosphere, amazing shopping streets and excellent restaurants.
The city overlooks the Muse Valley with its beautiful granite slopes, you can visit Namur Castle which is one of the largest castles in Europe.
The Old Town dates back to the Renaissance lined with wood and glass façades in English style.
There is also the Baroque Namur Cathedral, which is worth a visit in the city. 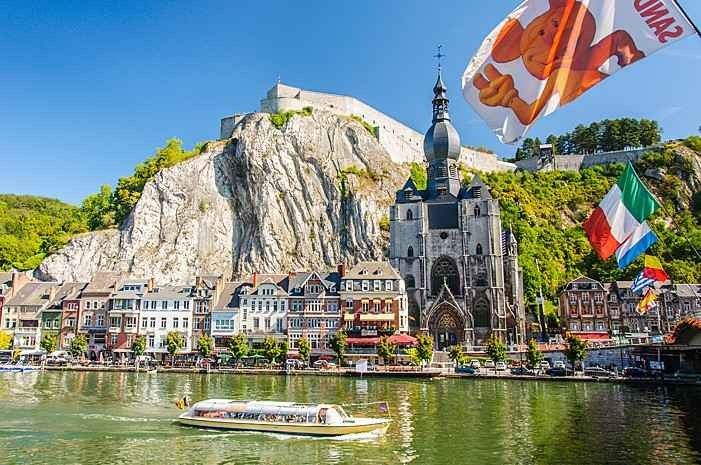 The city of Namur also read: Tourism in Bruges ... the most beautiful and beautiful city in Belgium as a whole

Luxembourg is the seat of many important European institutions of the European Union, and the city grew around the castle of Luxembourg in the early medieval.
The city has a mixture of German, French and Belgian cultural influences, and is a unique city full of charm and beauty.
As for the tourist attractions in the city, there is the Grand Ducal Palace, and there are many restaurants where you will taste the best delicious Dutch dishes. 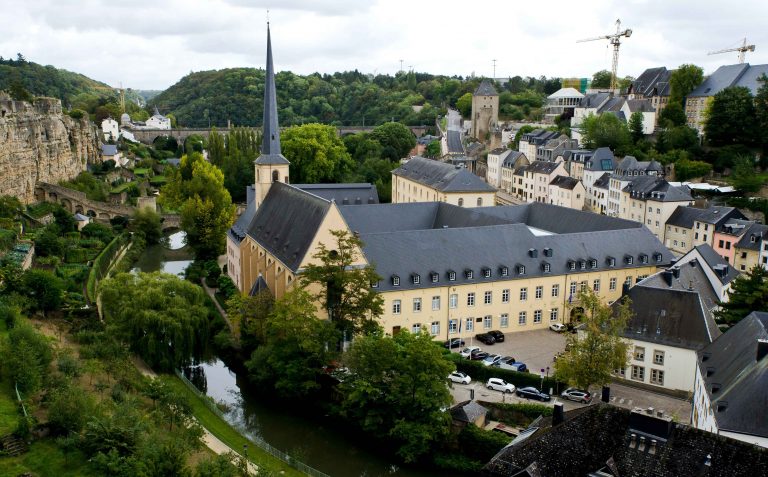 The Koikenhof gardens are the largest flower garden in the world, and tourists from all over the world come to them in the spring to enjoy watching more than seven million lily flowers and daffodils.
And many other species that spread over an area of ​​32 hectares, i.e. up to about 80 acres of gardens mixed with pools and impeccable water channels.
There are also various styles of flower garden coordination within the garden, there are coordinated gardens in English style and coordinated gardens in Japanese style.
Make sure that you do not miss to visit this most wonderful garden, it is one of the most beautiful gardens in the world that you may regret that you did not visit while you are in the Netherlands. 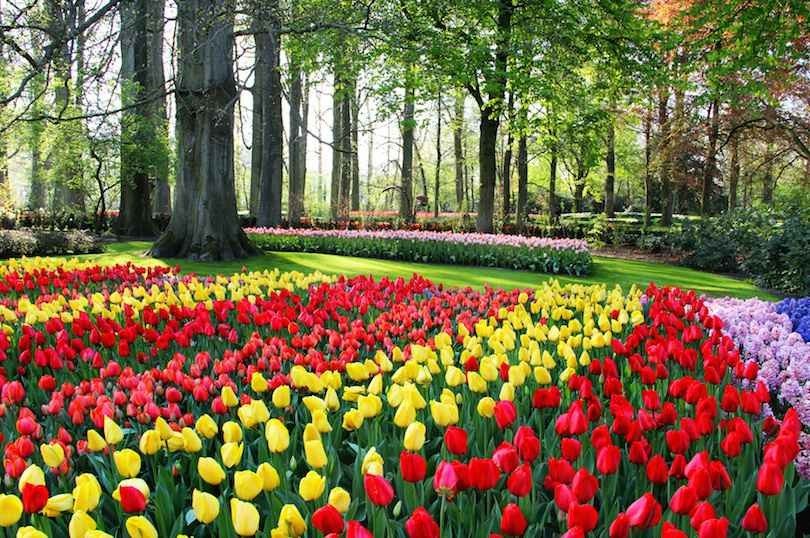 You might be surprised to learn that the Netherlands, these relatively small countries, boast one of the most diverse national parks in the world.
Hoge Velo National Park covers about 13,800 acres and this makes it the largest ongoing nature reserve in the country;
As well as being one of the most popular tourist destinations in the country for locals and tourists alike.
The National Park is characterized by its thick forests in the north, and to this day it is home to many red deer and irrigation deer,
It is also a popular area for bird watching of various types and great colors, as well as hiking and cycling where visitors to the park can ride bikes for free. 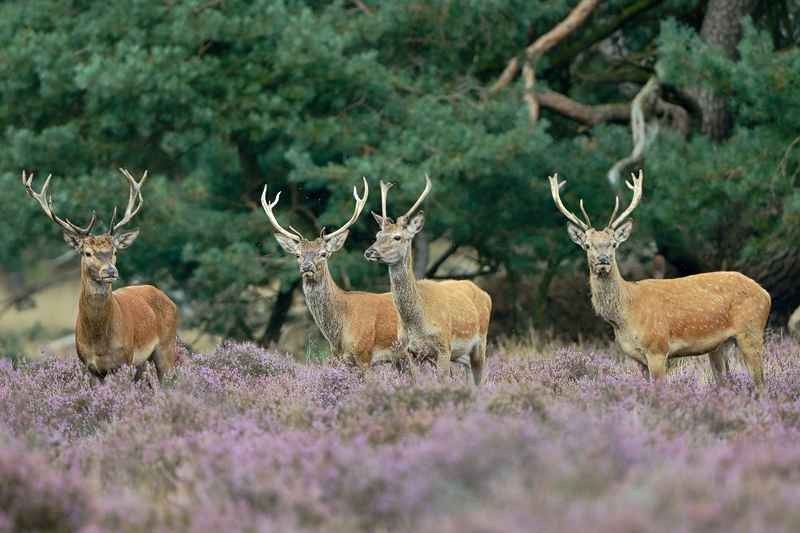 Read also: Hoge Veluwe National Park Read also: The rural towns of the Netherlands are from the Dutch countryside where your eyes will not be more beautiful.

This impressive castle is one of the most important tourist attractions in the Belgian city of Ghent, as many of the huge Crusader castles that were built in Syria are inspired by the castle of Gravensteen.
This historic castle has been preserved to an incredible degree. Its walls are strong, high, thick and impressive. The castle stands tall in the city center.
The castle can be seen from the rooftops in the surrounding streets.
The castle contains large halls and medieval galleries. The castle's architecture is more than impressive.
Tourists can climb the castle stairs to see a panoramic view across the city. 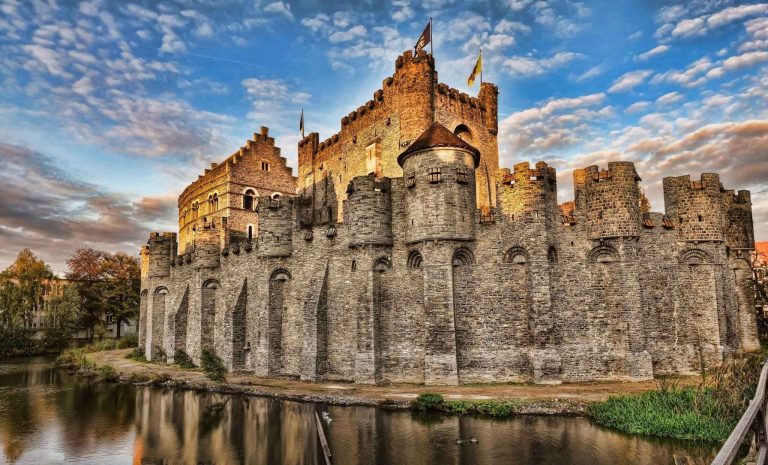 Bouillon Castle is believed to belong to the Romans and possesses three magnificent high bridges and dungeons and a torture room that were previously used and visitors can see on their way to the top of the castle.
The castle is considered one of the best castles in Belgium and has a unique defense system and layers designed to protect it from invaders.
In addition to being one of the prominent city landmarks and the most famous tourist attractions of the country, it is located in a distinctive area of ​​the city, and its architectural style is unique. 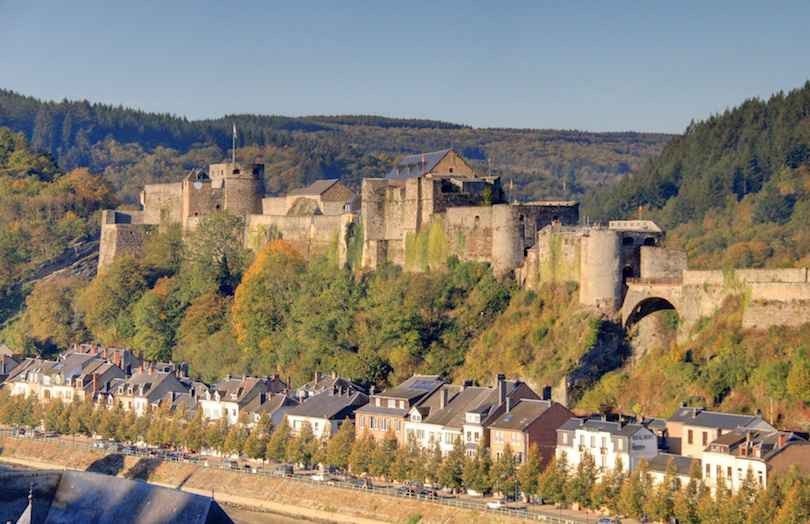 The best tourist attractions in Sarajevo

The best leisure attractions in Budapest