Tourism in Marrakech, the capital of the Andalusian Empire, is one of the most prominent tourism cities in Morocco, as it is characterized by its magical beauty and picturesque nature, in which harmony and mixture between the beauty of the present and the splendor of the past.

Among the tourism in Marrakech are many historical walls, giant buildings and gardens with a sophisticated design. In this era, Marrakech, Morocco is a stronghold of Islamic civilization and an intellectual center for science and philosophy.

It includes many museums and monuments that attract many tourists in addition to many wonderful tourist sites that make the holiday another taste in the Moroccan atmosphere, as there are many restaurants, cafes, markets and leisure activities.

The city of Marrakech includes hundreds of luxury apartments and hotels in Morocco, which vary and vary according to their luxury, level of service, and even prices, and because the task of choosing the right hotel for tourists is somewhat difficult, we collected the best hotels in Marrakech, especially close to the tourist attractions in Marrakech .. Read more 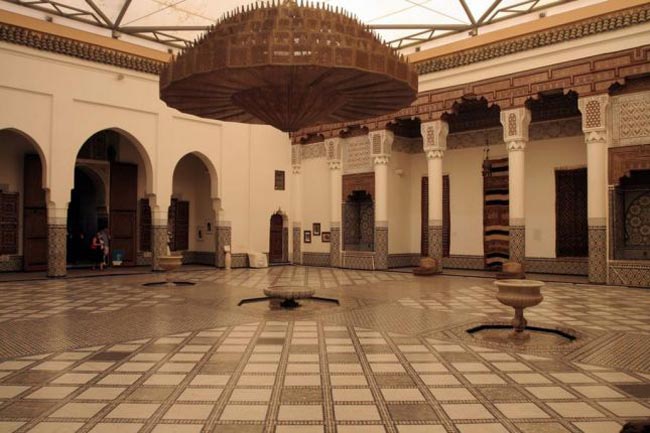 The most famous places of tourism in Marrakech

We will get to know you the most famous tourist attractions in Marrakech that attract tourists from all over the world, and these attractions are:

The jemaa el fnaa square is the main popular outlet for local residents and tourists in Marrakech, Morocco. It is the beating heart of the city, where many stalls, vipers, storytellers, and puzzles, as well as musicians, meet.

Place El Fna is located at the entrance to the city of Marrakech and attracts thousands of visitors from all over the world to learn about the rich heritage that the city enjoys and sit in one of the surrounding cafes or eat an authentic Moroccan meal in the restaurants located there. 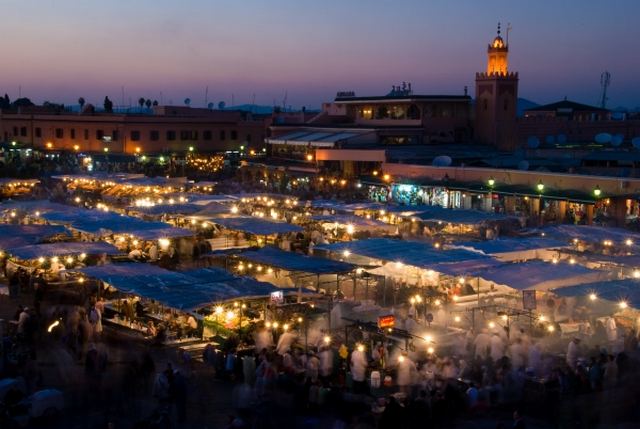 One of the most important places of tourism in Marrakesh, Morocco, is the marrakech museum, and it is one of the most distinguished museums in the city, as it includes a unique collection of exhibits in which contemporary art and works meet in ceramics, textiles, Qur’anic inscriptions, coins, pottery and so on.

The Marrakesh Museum can be reached by passing through the winding alleys from the famous Jamaâ El Fna Square in Marrakech .. Read more

Majorelle Gardens is one of the most beautiful and most attractive parks for tourists in Marrakech, Morocco, which are tropical gardens distinctive in their design and mix between colors and green nature. The gardens contain various plants, some of which are rare, collected from the five continents, including cacti, palms, and ferns.

The gardens were named after the French artist, Jacques Majorelle, who designed them, as this design dates back to the French town of Nancy. The gardens are now considered one of the most beautiful tourist places in Marrakech … Read more 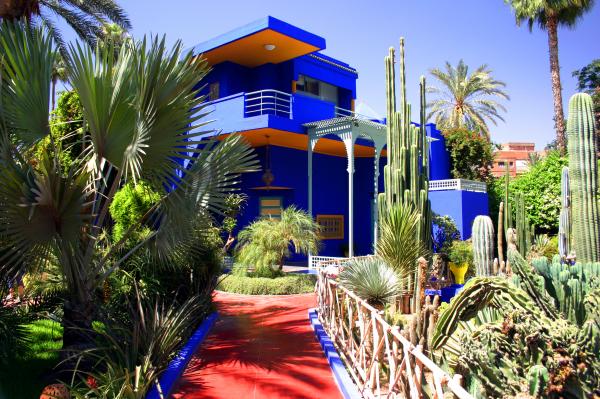 The commercial markets in the old city are considered one of the most important places of tourism in Marrakech and the most popular shopping destination in the city, as the old city is characterized by its narrow alleys and colorful houses.

The region provides many stores that sell distinctive souvenirs, such as shoes, perfumes, copper antiques, etc. There is also a leather market where many old tanneries are located in the area. 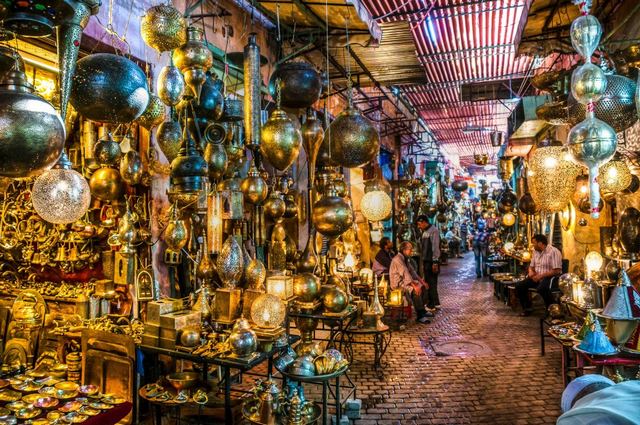 The Koutoubia Mosque is one of the most famous tourist attractions in Morocco. Marrakech is characterized by its ornate 70-meter minaret, as it attracts lovers of ancient architecture from all over the world due to the beauty of its architecture and its wonderful decoration.

The mosque is located on an area of ​​5300 square meters and includes eleven engraved domes in addition to seventeen internal pavilions and it features an automated mobile platform that reflects the beauty of Islamic carpentry.

The mosque was built in 1162 and is one of the achievements of Almohad architecture, and it is classified as one of the best tourist places in the city of Marrakech .. Read more 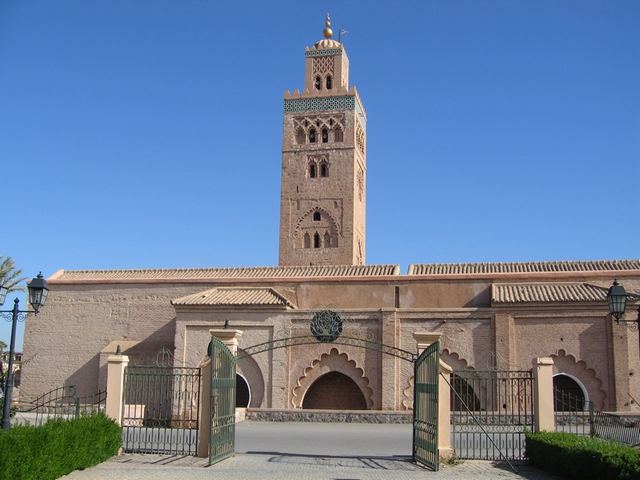 The Ben Youssef Madrasa School is one of the best places of tourism in Marrakesh. It is considered a masterpiece of historical architecture. It was founded in 1346 AD and was home to leading scholars and writers who taught religious, juridical and other sciences, so it is one of the most famous historical schools of Morocco.

The school today is one of the most important tourist places in Marrakech. It attracts tourists as an ancient masterpiece that reflects the prosperity of Moroccan civilization. 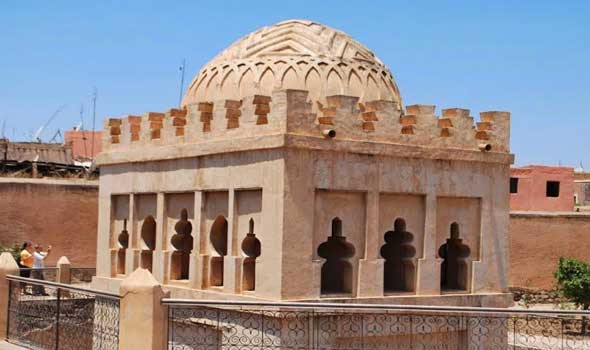 The history of this bahia palace dates back to the era of the Alawite State and is one of the most important tourist places in Marrakech, Morocco, which attracts tourists from around the world to learn about the splendor of Moroccan architecture that appears in the royal wings of the palace, halls, gardens and water basins. Al Bahia Palace was built in the nineteenth century and was the seat of the great minister Bou Ahmed at that time … Read more 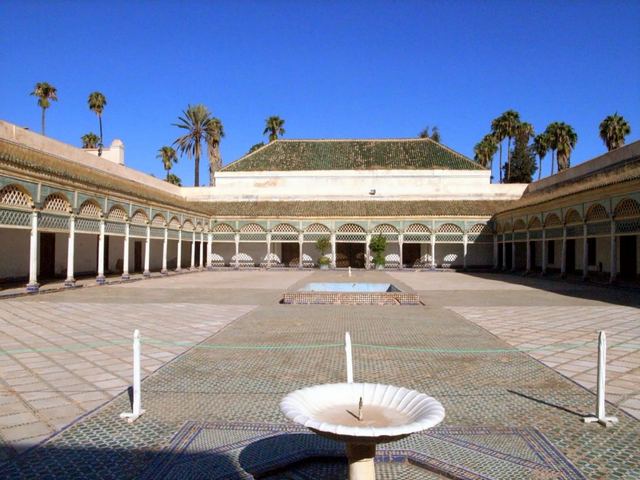 The Almoravid dome Almoravid Koubba is the oldest landmark of Marrakesh, dating back to the year 1064. It was built during the reign of Ali Ibn Yusuf as a ablution house for worshipers at the Jameel Bin Youssef The dome reflects the Almoravid architecture through its solid construction, which was not affected by the fluctuations of time in addition to the water delivery system to it, which is unique in that it crosses the water through it from under the ground to flow into the bronze pipes.

One of the most beautiful tourist places in Marrakech is menara gardens located about 3 km outside the city walls and is an ideal outlet for the local people to get out of the problems of life and get some calm. Al Manara Gardens were established during the Almohad era during the late nineteenth century. In the middle of the gardens is the Great Manara Reservoir, which is a large pond filled with water two meters deep and surrounded by 510 meters .. Read more 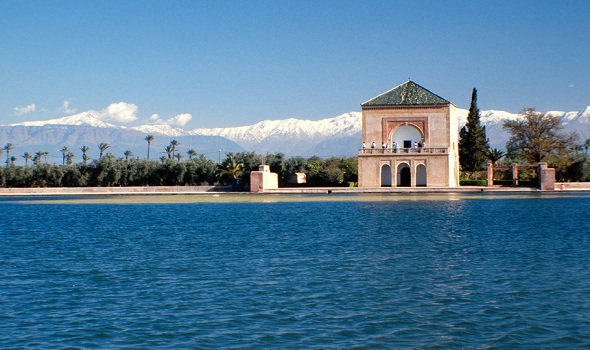 This wall is considered one of the most important tourist places in Marrakech. The wall of Marrakech dates back to the year 1126 AD and was built with the aim of protecting the city from enemies. The compact soil was used in the construction of the wall that still stands to this day without being affected by the fluctuations of time. The Marrakesh Wall is a unique architectural masterpiece that extends 9 km to surround the city .. Read more 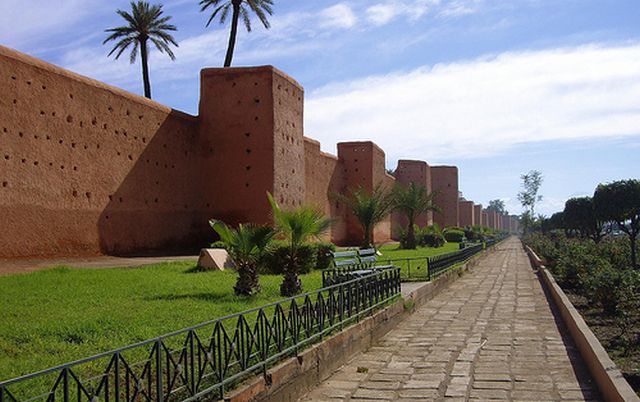 Articles you may also be interested in in Marrakech: