Norway is an ideal choice for a vacation outside the country, as it is one of the most beautiful countries in the world, as it is characterized by simplicity, tourist attractions that dazzle eyes, and hearts. Among these wonderful monuments; That makes you comfortable, and happy.

The most important information about tourism in Norway

Conditions for obtaining a Norway visa

In order for Arab travelers to be able to spend a tourist vacation in Norway, they must obtain a special visa, by going to the nearest embassy in their country, or close to them. Accompanying the required documents; a passport valid for six months, a personal photo, a visa application form, a statement Bank account and invitation letter from a tourism company in Norway. It is possible to obtain a tourist visa in Norway two weeks after applying for it, and the period may be longer, depending on the number of applicants for a visa in that period. 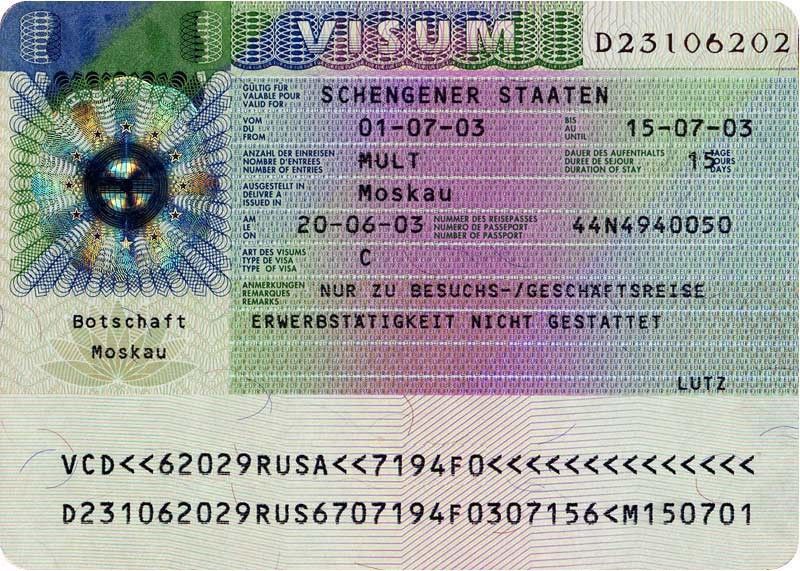 Conditions for obtaining a Norway visa

Tourism visas in Norway can be issued for a period of up to ninety days, or less. However, it is not possible to extend the stay for more than ninety days. Read also: Discover the best tourist cities in Norway

The best time to travel to Norway

The period between May and June, August and September is an ideal time to travel to Norway, where the temperatures rise, the sun rises a little, and the rain stops. Expect high prices in that period, as the demand for tourism in Norway increases with that period as well; you must reserve the place of residence before traveling .

Almost every city in Norway has a special kind of summer dance celebration, along with winter celebrations. Celebrations in this country are divided into; historical ceremonies concerned with folklore, and others focusing on music.

A historical celebration taking place at the end of March, and it is a fifty-eight-kilometer ski race that starts from Reina until Lakhmer. Birkebeernet celebrates the dramatic events of 1206; the young Prince Hakone Hackinson rushed from the mountain while skiing, but fortunately he was not harmed.

It is like a mid-year celebration, which takes place in March in the city of Krasyuk, where the locals prepare various delicious meals, and ski races are held in all parts of the country due to the snowfall, in addition to art galleries and concerts.

The Bergen International Celebration takes place at the end of May, until the beginning of June. It is celebrated with the spring, and the approach of summer by contemporary music.

This event will be held in Oslo in the middle of June. It is a rock festival that takes place for three days in the Frogner Park, and is attended by world artists along with a number of local bands.

The Oslo Jazz Festival is held in mid-August, and lasts for six days, and attracts professional artists from all over the world. Read also: Traveling to Norway at the lowest costs

Air travel is the best way to get to Norway, many daily trips depart from different Arab countries, and you can book your ticket through travel sites to get the best offers.

Financial transactions in Norway are not a problem at all, as it is considered one of the most civilized and developed countries in the world. So wherever you go you will find ATMs surrounding you, this is beside banks and currency exchange offices that are available in airports and all over the country.

The Norwegian currency is known as the Norwegian Krone, and is divided into paper and metal currencies. Banknotes range from 50/100/200/1000 kronor. As for the coins, they range from 1/5/10/20 kronor.

The cost of living in Norway

Tourism in Norway is not classified as low-cost. The local currency is rarely used, and the euro is used instead. Costs per day in Norway range from one hundred and sixty to two hundred and forty euros, according to the standard of living you prefer.

Hotels in Norway vary in proportion to everyone’s expenses, and you must reserve your place of residence in advance, especially during the celebration period.

The most important tourist places in Norway

Norway is famous for its charming mountains, stunning water fountains, alongside magnificent cities that reflect the manifestations of modernity, progress, and sophistication. Norway gives you the spirit of adventure throughout the year, because of its picturesque sites, ancient history, and wonderful culture. Here are some of the most important tourist places in Norway.

Norway’s famous fjords extend throughout the country, with no particular region of its own. But the most beautiful, and most famous fjords are found in the western part of Norway, from Stavanger to Molde. The western fjords are the narrowest in Norway, surrounded by rocks, and towering mountains which create a breathtaking view. 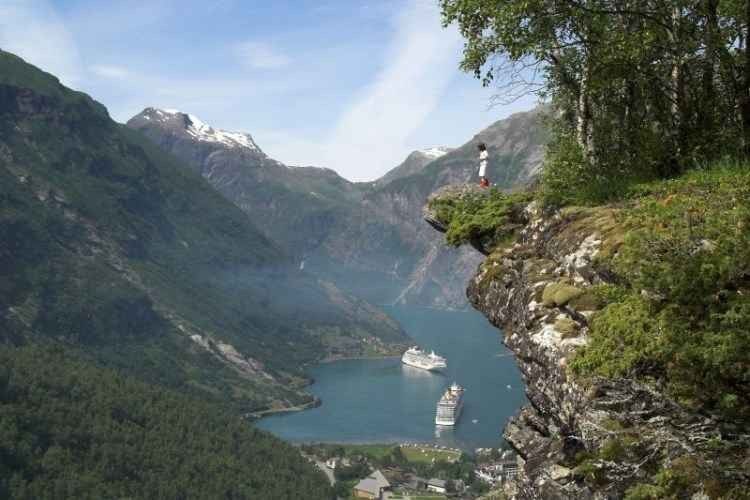 Bergen is one of the most important places of tourism in Norway, where it is considered the second largest city in the country, and the most important western port since the Middle Ages. Today, the Bergen neighborhood, and the city’s waterfront are the most important tourist places in it, so tourists come to eat a delicacy in the middle of this charming view. 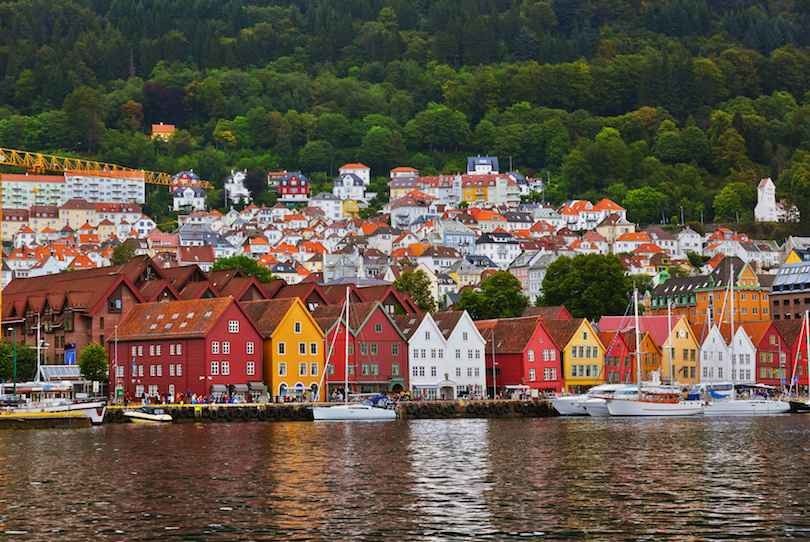 One of the most famous tourist places in Norway, is a group of islands located in the north of the country. It includes a group of villages that contain water straits, and are bounded by mountain peaks emitted from the water, which creates an enchanting scene that ranks the most beautiful in Norway. 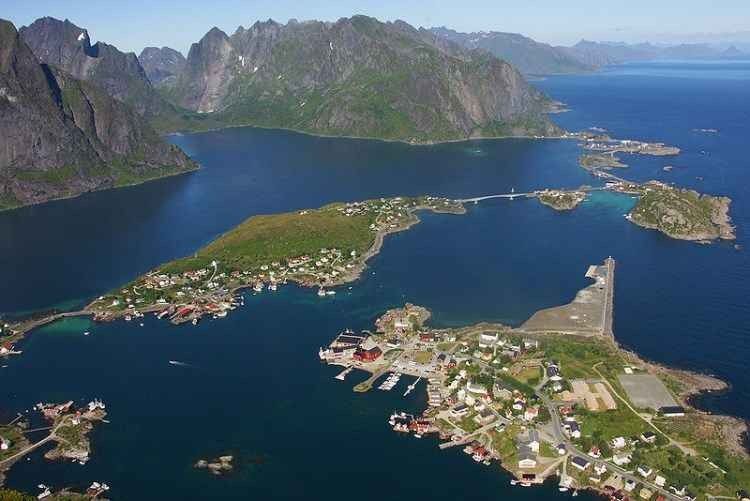 Stavanger is located in the northwest of the country, and one of the few places that have a long sandy beach in Norway, which makes it a distinguished destination for those who wish to spend a distinctive Scandinavian summer. The Rogaland Museum of Art is one of the most important tourist attractions in Stavanger, which is an important example of Norwegian art. There is also Stavanger Cathedral, which is the most important medieval church in Norway. 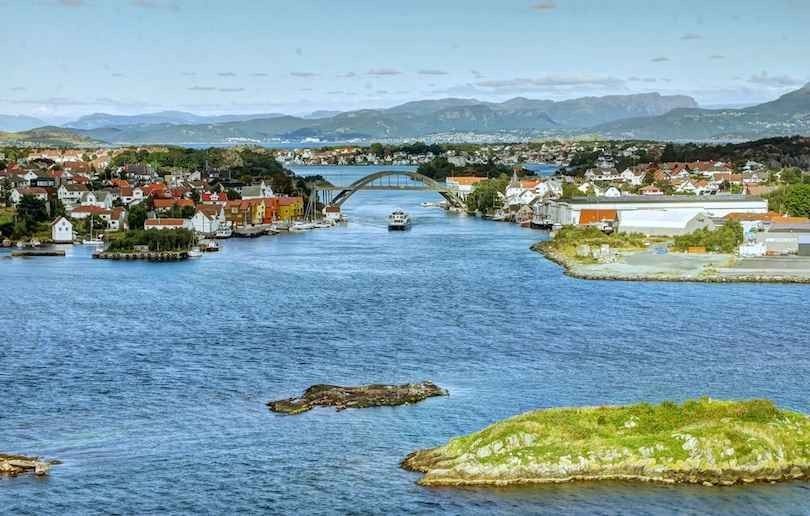 The Norwegian capital, and the most densely populated city. A city that mixes modernity and heritage. Two-thirds of the city is full of forests, gardens, and greenery making it a great place, ideal for hiking. The city includes fifty museums of them; the Munch Museum, which includes the famous scream painting, and other works by Edward Munch. There is also the Folkmist Museum, which is an external museum; it contains 150 historical buildings, including the Stave Church. 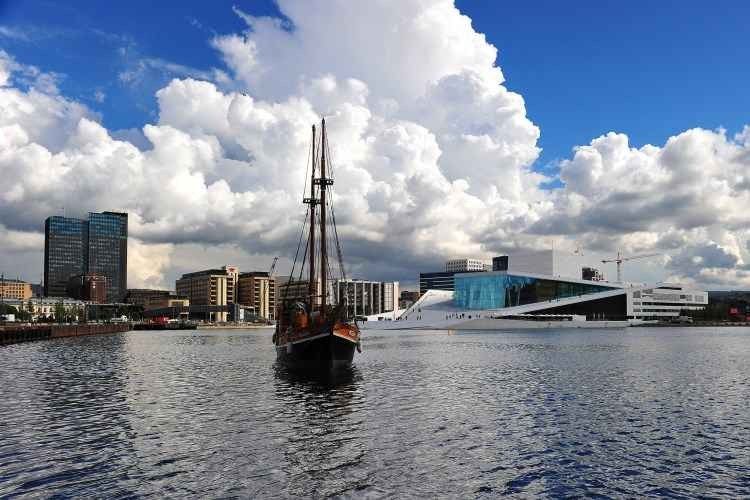 The third largest city in Norway, founded in the year seven hundred and seventy seven, and was the capital during the Viking era and the religious center during the Middle Ages making it an ideal place to discover the history of the country. It includes many tourist attractions in Norway such as Sversburg; One of the most important medieval churches in the world. 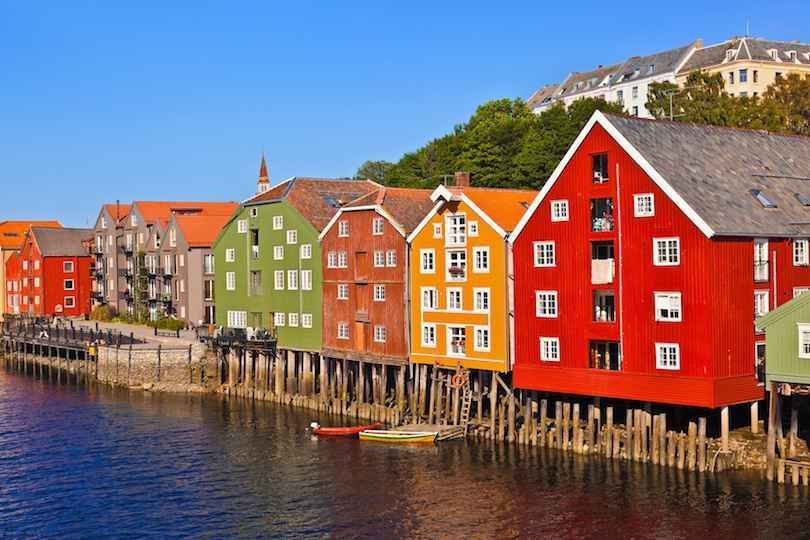