Norway is considered one of the most important developed countries in the European continent as it is one of the most financially participating countries in the United Nations and a founding member of it, and many of the tourism attractions in Norway have entered the UNESCO World Heritage sites such as the Roros municipality and prehistoric inscriptions in Alta.
The total area of ​​the state of Norway is about 385.3 km, and it is considered one of the most important countries that are interested in the field of human development.
Norway is characterized by its uneven climate between cities according to the geographical location of each city. In the winter, the mountainous regions are almost frozen, but the southern regions are warmer, while in the summer they enjoy a moderate weather. Below we will know where Norway is located and the distances between the most important cities of Norway. 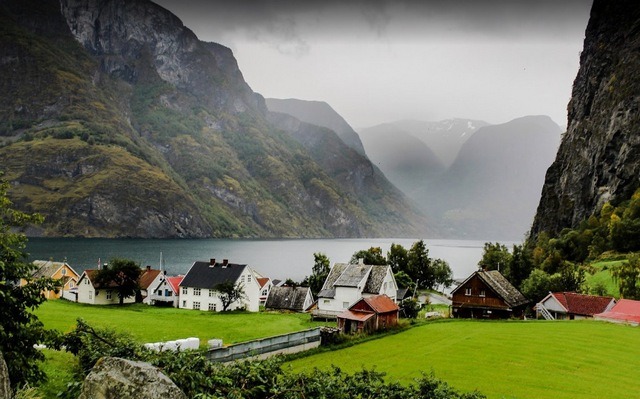 Where is Norway located on the map?

Where is Norway located? Norway is located on the northern side of the continent of Europe, and is characterized by its strategic location that mediates a number of important European countries, bordered to the eastern side by the states of Sweden and Finland, and from the southern side by the North Sea and the State of Denmark, and the Kingdom of Norway is distinguished by its western coasts on the Atlantic Ocean, which made it possess the most wonderful Sandy beaches on a global level.
See the following map, which shows where Norway is located according to Google Maps:

Best time for tourism in Norway:

June and July are considered one of the best months to suit tourism in Norway due to the mild climate and the availability of all tourist attractions, as the Kingdom of Norway is distinguished by the length of the day, which makes visitors enjoy a lot of tourism activities, but if you love calm and away from the period of tourist crowding, you should May and September chosen as well as climate moderation.

We have finished knowing where Norway is located and together we will know in the following lines the distances between the most important cities of Norway and the time taken by multiple means of transport.

The distance between Kristiansand and Grimstad

The distance between Kristiansand and Grimstad is 46.3 km, and it is possible to drive by car within 34 minutes, and by public transport within one hour.

The distance between Oslo and Moss

The distance between Oslo and Moss is approximately 63.4 km, the fastest route takes about 53 minutes by car, and by public transport buses takes an hour and 21 minutes.

The distance between Stavanger and Haugesund

The distance between Oslo and Tonsberg

The distance between Bergen and Forde

The distance between Bergen and Floro

The distance between Bergen and the city of Floro is about 230 km, and the time between the two cities takes about 4 hours when using the car.

We have answered a question where is Norway located in detail, and the country of Norway is famous for its cultural, civilizational and recreational tourism, and it is characterized by natural and industrial tourist attractions, and to know the most wonderful tourist places that you can visit in Norway click on the following link .. Read more