Where is Kuwait located and how to travel to Kuwait

The State of Kuwait is one of the most important areas and tourist destinations in the Arabian Peninsula, because of its heritage and ancient history, which has succeeded in leaving its mark on its buildings and monumental houses, its luxurious historical royal palaces, and its giant museums.
Kuwait has not forgotten its fortune of development and urbanism. On the other hand, it is crowded with a number of towers, towering skyscrapers, and modern entertainment shopping centers, with a number of breathtaking natural attractions, making it a preferred destination for travel from Arab families in particular.
To put a plan for travel and tourism in Kuwait in an accurate way that does not waste time and saves you the trouble of effort, we had to come to you with an article today to find out where Kuwait is located on the world map on the one hand and how you can reach between the most important and famous tourist cities on the other hand.

The State of Kuwait has a number of the finest, richest and most luxurious Arab hotels in terms of the level of services, facilities and various forms of entertainment and innovative architectural design that does not miss a classic oriental touch, and we offer you the best of Kuwait hotels for viewing and reservation via the link .. Read more 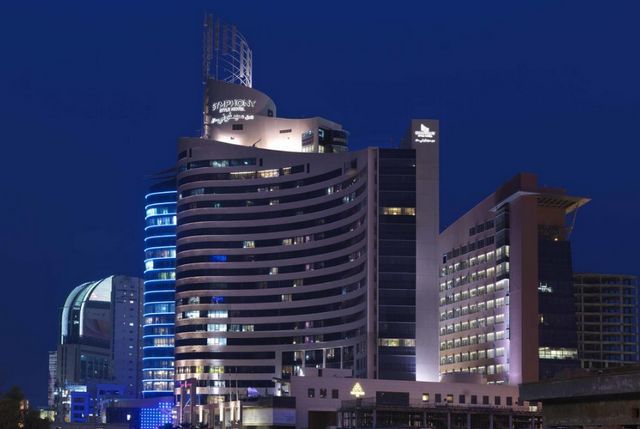 Where is the state of Kuwait located on the world map?

Kuwait is an Arab country located southwest of Asia, northeast of the Arabian Peninsula, on the northwest coast of the Arabian Gulf.
As for the geographical borders, Iraq extends over the northern and western land borders of Kuwait, while Saudi Arabia is located on its southern borders, and the Arabian Gulf coast is the most important eastern sea border of Kuwait.
The State of Kuwait includes about 6 major governorates, each of which is branched into many cities on an area of ​​17,818 km.
To know where Kuwait is located, more specifically on the Arab map and the world map, you should see the illustrated form provided by Google Maps:

Where is Kuwait located and how can you travel to it

After determining where the State of Kuwait is located on the world map, it is time to inquire about the procedures for obtaining a travel visa to it.
As Kuwait facilitates entry procedures into its territories for citizens of the Gulf Cooperation Council states and citizens of 52 foreign countries, their wives, children and servants, with the exception of Iraqi and Palestinian citizenships, these groups can obtain a sealed tourist visa for a period of 3 months from Kuwait Airport or one of the electronic border outlets.
Kuwait requires its arrivals to keep the return ticket in advance, reach the legal age to travel without a guardian, not to be criminally involved or commit any irregularities that prevent them from entering the country, a passport that is valid for a period of 6 months, and they join one of the professions that concern the following areas:
Medicine, engineering, university teaching, journalism, diplomatic and judicial, business and corporate management.

Where is Kuwait and the distances between the most important cities of Kuwait?

The State of Kuwait includes a number of the most important tourist areas and business centers in the Arab world, so in order to preserve your precious time during the trip, the following lines show you where Kuwait is located, the distances and access routes between the centers of the six most important cities of Kuwait’s governorates.

Where is Kuwait, the capital of Kairouan, located?

Kuwait City is approximately 21.3 km from Kairouan, equivalent to 19 minutes of driving across Jahra Street / Route 80, or 22.9 km, equivalent to 23 minutes via Jamal Abdul Nasser Street.

Where is Shuwaikh located from Yarmouk?

How far is Faiha from Qadisiyah?

Al-Fayhaa is 4.5 km from Qadisiyah, which equals driving for 9 minutes via the second ring road and Khaled Youssef Al-Marzouq Street, or 5.3 km, equivalent to driving for 7 minutes via Abdullah Ali Al-Mutawa Street.

Where is Al Ahmadi located in Khairan?

Khiran is 56.7 km from Ahmadi, equivalent to a 52-minute drive through King Fahd Bin Abdulaziz Road.

Where is Khaitan located in Seville, Kuwait?

Seville, Kuwait City is 7.2 km from Khaitan, the equivalent of a 10-minute drive through Jassim Mohammed Al-Kharafi and Bin Sirin Street.
Or 9.6 km is equivalent to 12-minute driving through Jassim Mohammed Al-Kharafi and Salem Abdullah Al-Muzain Street.
The distance between the two cities can also be crossed via Route 103, which takes 14 minutes to drive for a distance of 6.7 km.

Where is Salmiya located around me?

How far is Hateen from Adan?

I see that we have fulfilled the answer about where Kuwait is located and how to travel to it, and if you have some inquiries you can write it in the comment box below and we will get you the answer as soon as possible, and after you know where Kuwait is located you can get to know the most beautiful places of tourism in Kuwait through the following link .. Read More

Where is Switzerland located and the distances between tourism cities in Switzerland?