Where is Seville located? How far is Seville from Barcelona? How far is Seville from Madrid? Among the most common questions among our dear visitors who want to tourism in Seville, in the next report we will answer all these questions and more after we first get to know a short summary about that charming tourist city.
Seville is one of the most beautiful spots of tourism in Spain at all. In it, Western Spanish culture blends with the civilization of the Arab Maghreb and the ancient Andalusian Islamic history that is evident in the architecture of its ancient monuments, which in turn dates back to the Middle Ages such as the famous Giralda tower.
Although tourists come to it all year round, the best time to visit Seville is in the spring and the end of the fall season when the weather is nice and the weather is quiet, unlike the months of July and August, when the city is crowded with tourists. 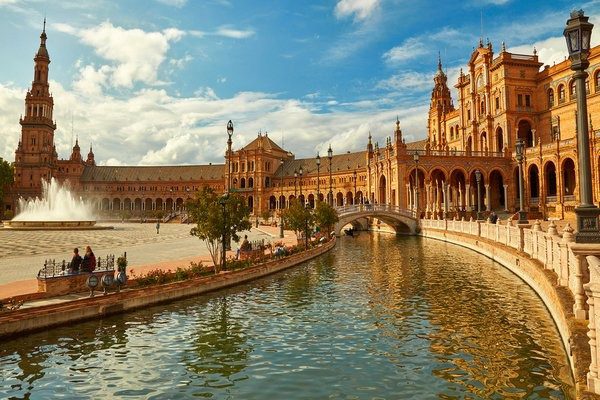 The best hotels in Seville

Seville includes many of the hotels that are considered one of the best luxury hotels in Spain, which feature the most amazing panoramic views of the most important tourist attractions.
We have prepared this guide which includes a set of the best accommodation options available in Seville to help you choose the best and most suitable hotel at the best price .. Read more 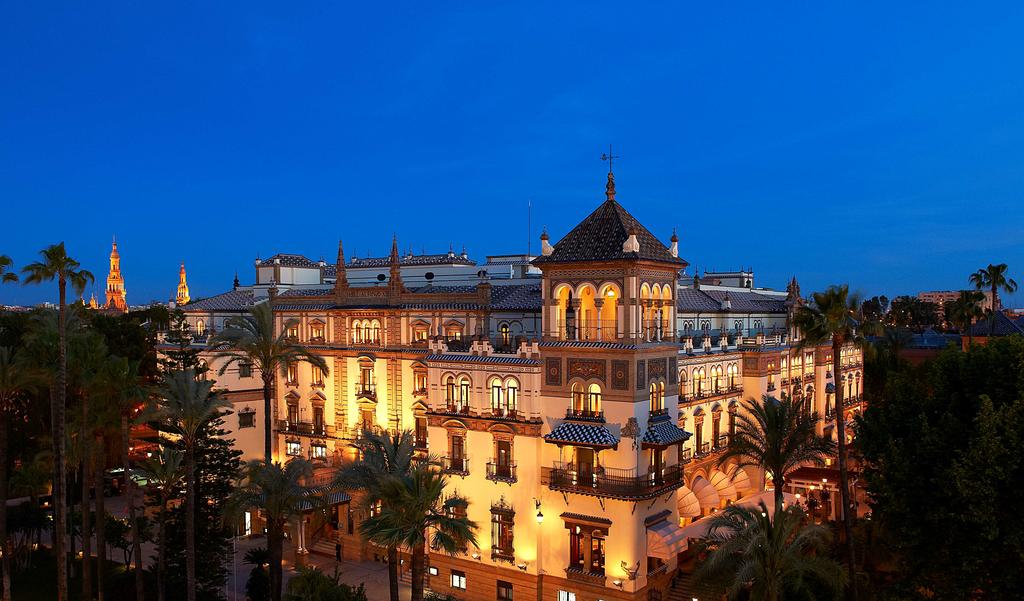 Where is Seville located on the map:

The most important cities near Seville:

After we got to know where the wonderful Seville is located, we will now answer the most important questions about its relationship with other Spanish tourist cities such as the capital Madrid, Barcelona, ​​Granada and Cordoba and how to move between Seville and those cities by different means of transportation.

How far is Seville from Madrid?

The distance between Seville and Madrid, according to Google Maps, is about 528 km on the shortest road on the road between them, and that distance can be traveled in 5 and a quarter hours by car, and in 3 hours except a quarter by express train.

How far is Seville from Barcelona?

The distance between Seville and Barcelona is estimated at about 996 km by road, which is approximately 9 hours and 26 minutes’ drive, along the route shown in the following map. The plane is the fastest and easiest way to travel between the two cities, as the journey takes less than an hour and 35 minutes.

How far is Granada from Seville?
The distance between Seville and Granada is about 256 km, and that distance can be traveled in two hours and 36 minutes by car via the path shown in the map below, and it is also possible to travel between the two cities by express train in four hours except a quarter of an hour.

How far is Melaka from Seville?

The shortest land distance between Seville and Malaga is 205 km, and can be traveled in two and a quarter hours by car or in just 50 minutes by express train.


How far is Seville from Cordoba?

Seville is approximately 145 kilometers from Cordoba, and it is possible to travel from Seville to Cordoba and vice versa by car in two hours except one third or by express train in an hour or a quarter.

After I got to know where Seville is located, to know the most important tourist attractions in Seville that we recommend to visit, you can follow the next article on our website by clicking Read more

Articles you may also be interested in in Seville: