Armenia and the most important tourist attractions

It was formerly a subsidiary of the Soviet Union, but now it is an independent country and has a long tradition throughout the ages, as it is considered one of the first countries in which the Christian religion spread and crossed the main element of it, and the Armenian Republic is among the countries that belong to the United Nations and the Black Sea Economic Cooperation Organization and the World Trade Organization and the Council Europe and the Asian Development Bank, its capital is Yerevan, the official language used in it is the Armenian language and the system of government in it is a republican system. The total area of ​​Armenia is estimated at about 29 thousand square kilometers and its population is estimated at about three million people and The official religion used in Armenia is an Armenian dram. It is worth noting that Armenia has a population of about three million people, but the number of dispersed Armenians is about eight million. This number is relatively high compared to their number within the Armenian Republic. The Armenians were dispersed in all countries of the world such as America and Russia Syria, Lebanon, Iraq, Turkey, Palestine, Cyprus, Argentina, Australia, Ukraine, Canada, Georgia, France. 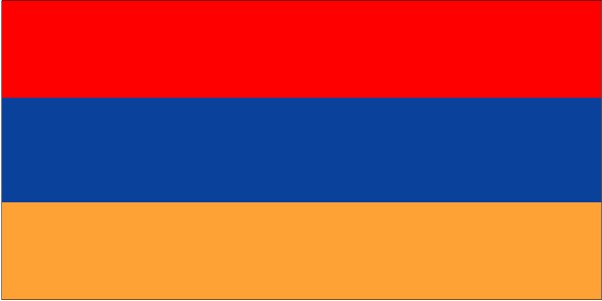 The flag of Armenia consists of three colors lined up horizontally, which are red, blue, and orange, and its climate is very cold in winter, and there is a lot of snow and rain as well. Agricultural products, such as fruits of all kinds, grapes, apricots, and coconuts, as well as livestock, are good as sheep and cows. 96% of the population speaks the Armenian language in addition to some other languages, such as Woosi, English and Greek.

Where is Armenia located

Armenia is located along the Silk Road, which is a landlocked mountainous country located in the South Caucasus in Eurasia, and it is located specifically at the point of convergence of the European West with the East Asia between the Black Sea and the Caspian Sea located between Asia and Eastern Europe, bordered to the West by Turkey, to the South by Iran, to the East by Azerbaijan, and to the North by Georgia

Ethnicities and religions in Armenia

Many different races live in it, but the largest percentage is for Armenians. It is estimated at 97%. The rest is from different ethnicities. It is a small percentage of Russians, Greeks, Yazidis, Ukrainians, Georgians, Assyrians, Kurds, Belarus, Flash, Modevs, and Tatians. As for the dominant religion, it is Christianity in its various sects .

Armenia is one of the countries that encourages tourism, because of the low cost and cheap prices in it. This is what motivates travelers to travel to Armenia to spend the best times and practice all the tourist activities and activities that exist in Armenia, such as walking, climbing and other tourism activities, as well as visiting the tourist places, beautiful lakes, waterfalls and the charming green nature In the mountains in the Armenian Republic, we will mention some of the tourist places in Armenia

The most important tourist places in Armenia 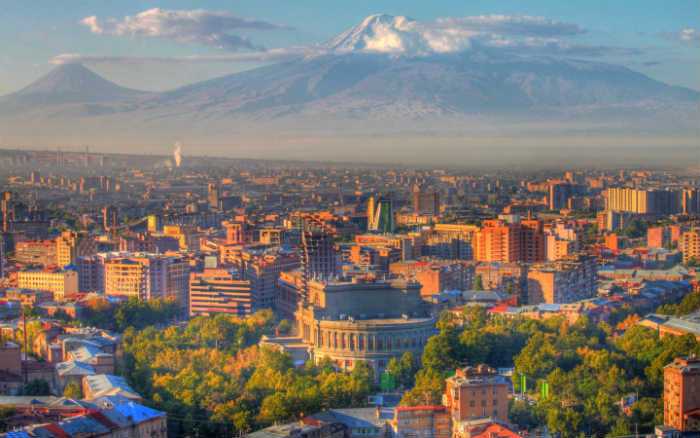 It is the Armenian capital and its largest city and is home to the largest Armenian community in the world and Yerevan is considered one of the three axes of the South Caucasus and there are many architectural masterpieces that reflect the beauty of Armenian Soviet architecture in the past as it was previously called the pink city due to the color of the stone used in building houses Architectural artifacts and tourism are concentrated in the center of the capital, Yerevan, where it is considered one of the most visited places in the city of Yerevan. Tourists can roam and stop in the city center with many restaurants, cafes and entertainment places that can be visited. 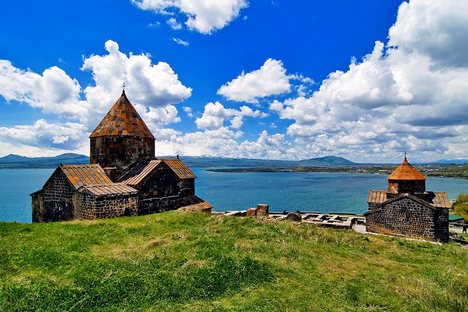 It is the largest lake in the Republic of Armenia, as well as one of the largest elevated lakes in the world, where Sivan Lake is one of the most important tourist places in Armenia, which is intended by many tourists to swim in and enjoy and spend the most beautiful times in it, as well as what increases this lake of fame is the presence of historical and ancient monuments found there Lake Sevan has many sporting activities, such as surfing and beach soccer, and the lake is called the Belle of Armenia for the sweetness of the water in it, as some describe it with tears, due to its purity and blue color.

One of the most beautiful provinces that tourists are keen to go to, as there are many tourist attractions such as health baths, historical castles and many heritage places 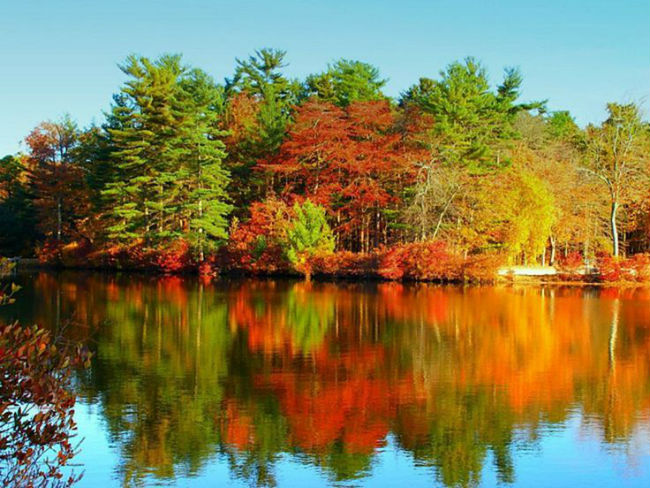 It is a mountainous region consisting of rocky hills lands which are covered in bright green natural colors and is famous for the presence of rivers in it and is considered one of the most important sources of water in Armenia, as well as abundant hot springs and there are many lakes as a prominent lake which is one of the beautiful lakes in Tafush and Tafush is one of The recreational and tourist areas in the Armenian Republic and many tourists flock to see the green nature and enjoy in its deep valleys and therapeutic springs and the surrounding forests as it resembles the Alpine resort in Europe in terms of beauty

It is the highest snowy mountain peak in Turkey, which is on the border of it and is one of the most beautiful mountains that exist in the republic, and it is a summit covered with snow and it is believed that the ship of our master Noah, peace be upon him, has settled on the mountain of Ararat. A meter and a small Ararat is about 3900 meters and the Armenians call it “Brotherhood”: Sis and Masis. Ararat Mountain is considered the most great mountain in the world, and it is located inside the Turkish territories geographically, since it belonged to the western part of Armenia, which was left inside the Ottoman Empire
Moved moved

Things you should know before traveling to Canada