Discover the Svaneti region of Georgia – the highest village in Europe 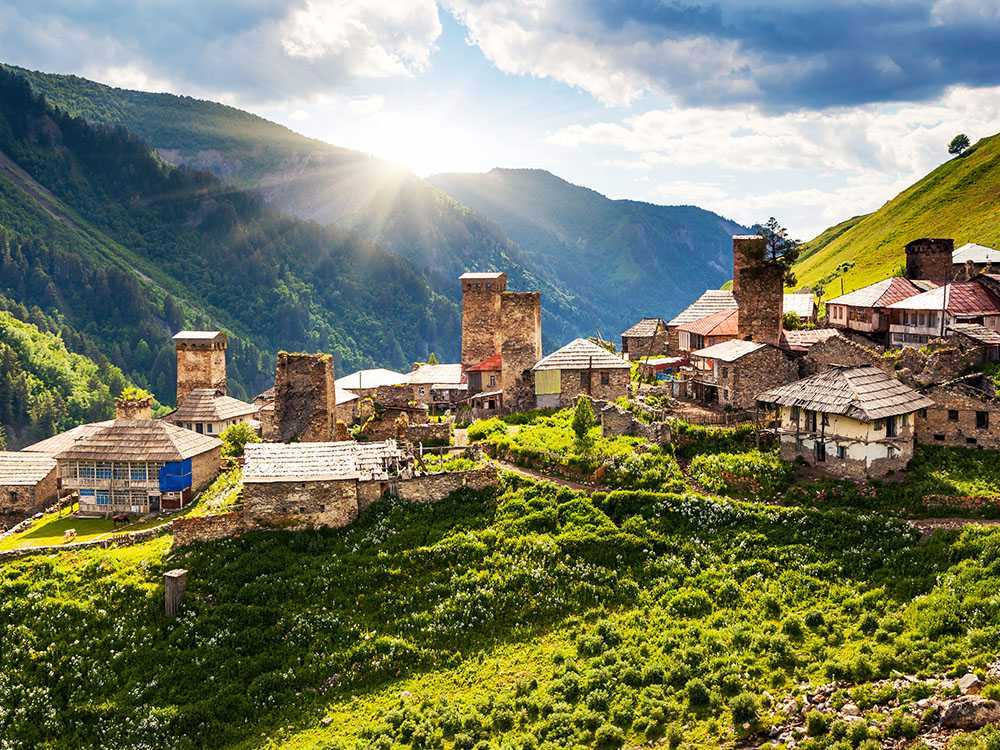 For fans of unusual destinations, this city is yours! Isolation has protected the Svaneti region of Georgia for many centuries, and only a short time ago, the world heard about this remote area, known as the picturesque tourist gateway to the world. The village of Ashghali is located in this wonderful, exotic wild character, the highest European village, at an altitude of 6900 feet above sea level.
Ashghali is located in the snow-capped Caucasus Mountains, and includes four villages belonging to the World Heritage sites, according to UNESCO, in the upper Svaneti. The snow-covered meadows and meadows decorated with flowers that extend over an area of ​​4000 meters give beauty and charm to these villages, and give hikers the perfect opportunity to experience walking. But the exciting thing in my work is not only limited to the beauty of the scene, but extends to the distinctive architecture of the Middle Ages. Many village houses take the form of towers, and were used to defend the residents of the village and maintain their security and safety during times of invasions. There are still more than 200 of these exceptional homes in the village of Chazhazi and they are used either to reside or to guard from intruders who have terrorized the villagers’ hearts. There are currently more than 175 “Kushkebe” in Svaneti, and in Arabic they mean stone forts, built between the ninth and thirteenth centuries.
Svaneti is Renaissance, and the wall paintings reflect the influence of the Renaissance on Georgia. 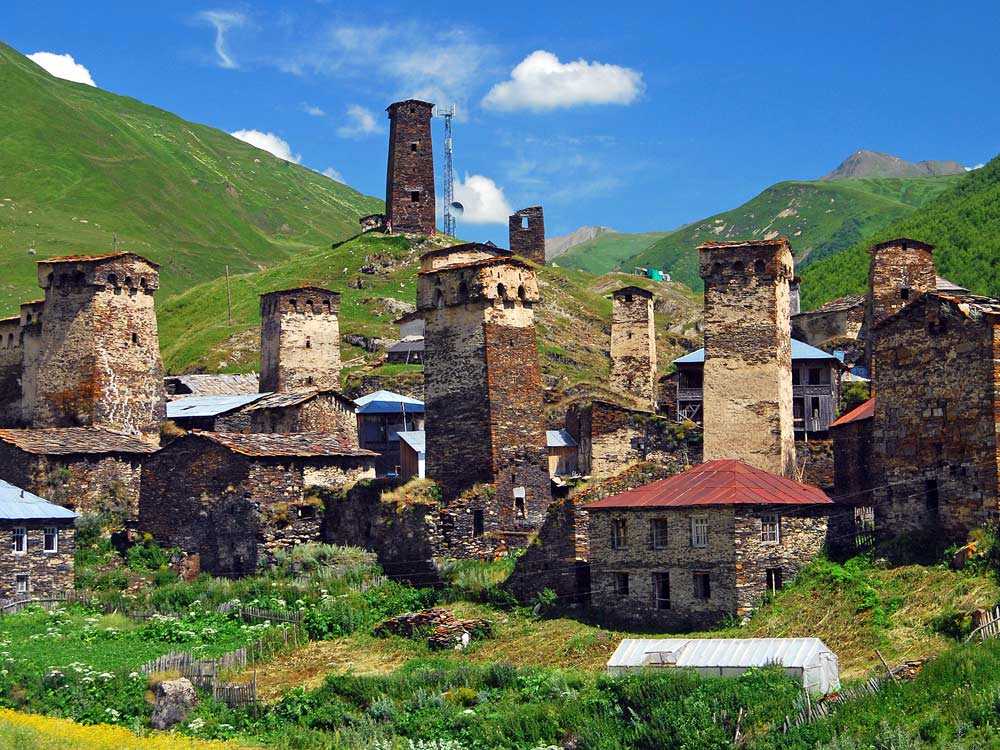 My job is located in the mountains away from the rest of the world, which makes it retain the charm of the ancient world. But this was before the construction of the Mestia Road, the largest city of Svaneti, which connected the region with the rest of Georgia, and then the area developed rapidly. Mestia is undergoing a comprehensive modernization process, although its ancient areas still retain its distinct spirit represented by towers as stone forts.
Yesterday, Svaneti was not crowded, but the tourism development in the region since the middle of the first decade of the twenty-first century has resulted in the creation of new ski resorts and flights taking off from Tbilisi and the development of infrastructure where a road from Zugdidi was created, and a huge increase in options Accommodation and visitor numbers, until Metsia, the only city in the Svaneti region, became very crowded during the summer. Svaneti’s charm and charm will never disappear under any circumstances.

The best 6 3-star hotels in Bahrain .. at cheap prices