The capital of the Sultanate of Oman

The 6 best apartments for rent in Chicago Recommended 2022

The best infinity pools in the world 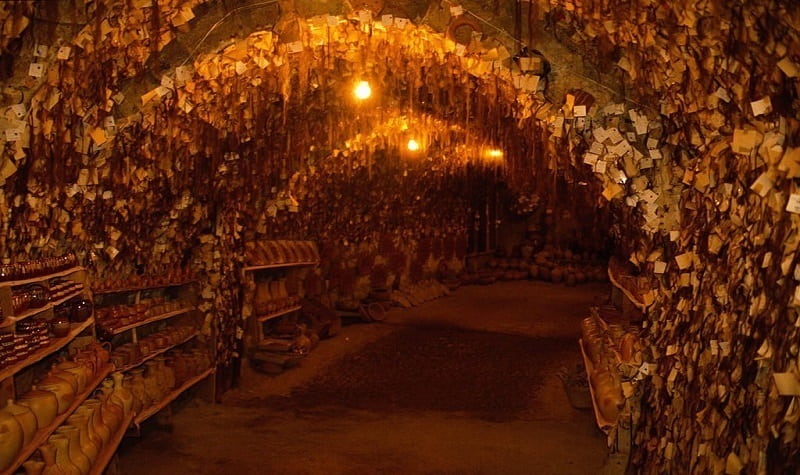 The Turkish pottery maker “Shi Ghalib” had a project he dreamed of achieving, and that project started as a pottery workshop, but that project later turned into one of the strangest tourist places or museums in particular.

It is a museum of poetry, and it is a small deep dark cave in the Avanos region and is classified among one of the strangest tourist places in Turkey, containing hair samples, names and addresses of more than 16 thousand women from all over the world.
If you go there you will see thousands of abandoned samples and any woman can become part of that museum by leaving a sample of her hair as a souvenir if you like. 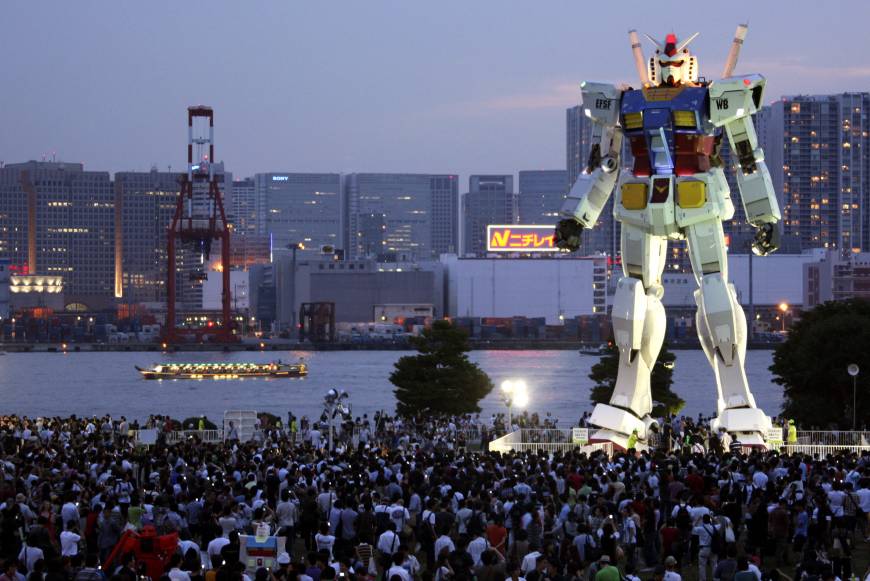 One of the strangest attractions in the world is the Gundam Front Tokyo Theme Park, located in the Diver District in Tokyo.
It is a place for fans of cartoon series Sweet Sweet Gundam, and fans of all things related to robots or Transformers series and films.
When you enter the park, you can find the giant Gundam robot, which is 60 feet tall, in front of you, and his head is moving, and there are lights moving from his head to his feet in 50 different locations to make it illuminate from each side. If you are going to travel to Japan, enjoy going to the Gundam Front Park. 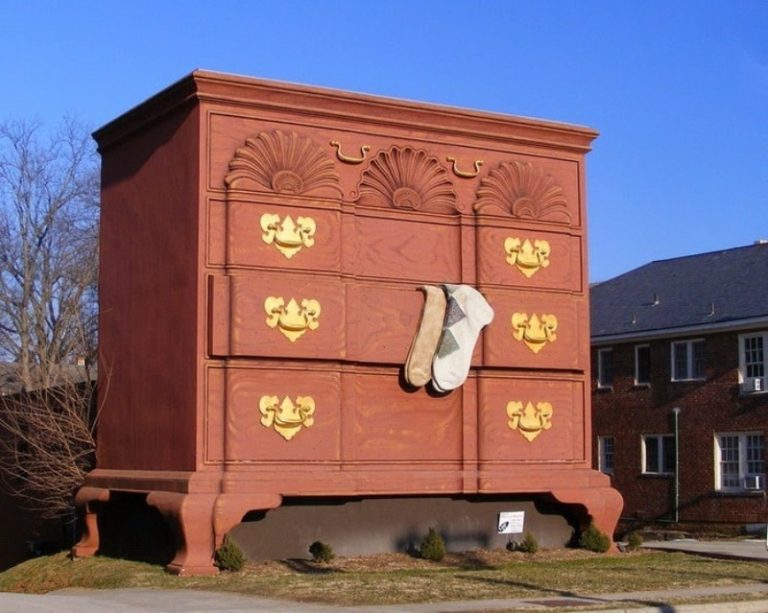 Read:The finest dining halls from all over the world

3- The World’s Largest Chest of Drawers

Are you a fan of home furniture? If you are, then you should go to High Point, North Carolina, America.
In the nineteenth century, specifically in 1926, the North Carolina Chamber of Commerce, in an attempt to demonstrate that High Point is the “capital of home furniture in the world”, built the largest chest of drawers in the world, reaching a length of 20 feet.
In 1996 the cabinet was completely renovated and a completely new front facade was built in addition to the use of real drawers. To add an attractive look, a pair of giant socks were added hanging from one of the drawers, and the treasury appeared on many, many channels and newspapers, which classified it as one of the strangest tourist places in America. 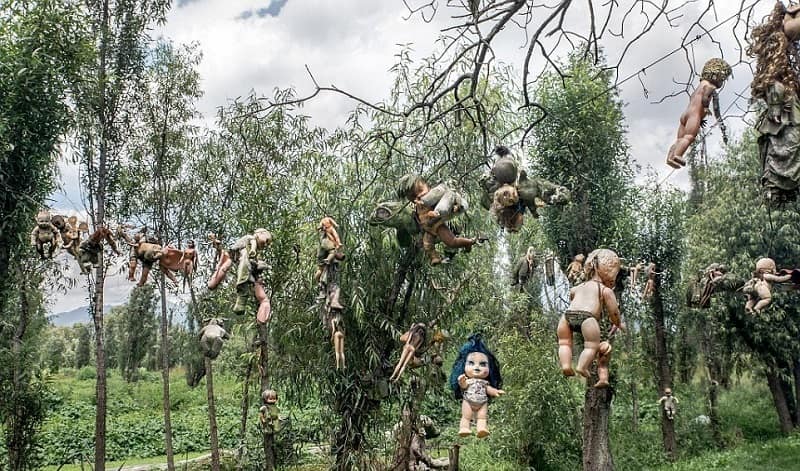 The legend says that there is a girl who was found by the guard of that island and the only one who was staying there, and that the guard called “Don Julian” failed to try to save that girl from drowning.
Shortly after this incident, Julian saw a floating doll near the island. And guessing that she belonged to the same girl, he took her and hung her, expressing his regret over the loss of that innocent little soul. And Julian started hanging more dolls in an attempt to please the spirit of that girl.
Then it was said that all the brides on that island are possessed by the spirit of that girl and some eyewitnesses repeat that all these dolls move their heads and arms, open their eyes, and even whisper to each other at times.
Certainly there are those who exaggerate about all these matters and even make them up, but what is certain is that this island is among the strangest and most terrifying places in the world. 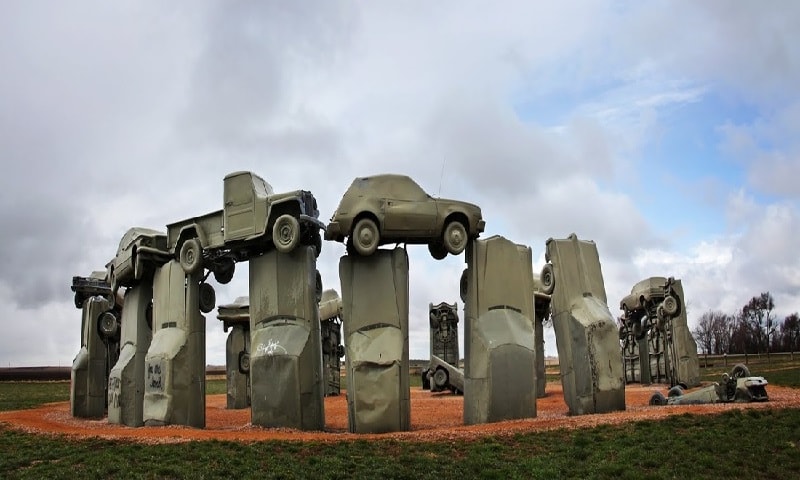 Read:This place is prohibited for tourists

If you are not an archaeologist, but you love everything that is strange, then go to Nebraska, USA, you will find there one of the most amazing and strangest places in the world. It is a monument not built of stone but only built of cars.
The artist Jim Renders built this memorial, consisting of 39 gray cars, a delicate imitation of original car models, arranged in a circle of approximately 29 meters in diameter.
This strange monument was built in a field north of Nebraska, and in 2006 a center was built to receive visitors at the site. 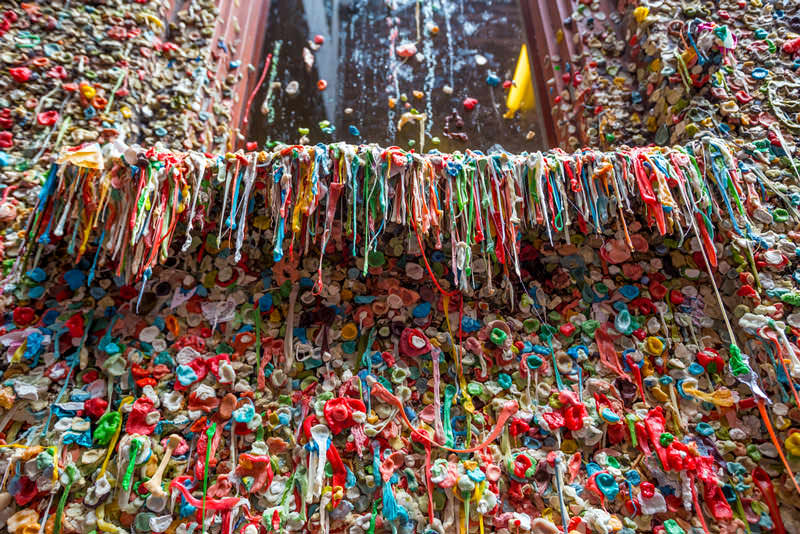 You may need to take a sterilizer that owes you to that place, even if you do not intend to touch that wall. It has been ranked as the second most polluted tourist attraction in the world.
In Washington, capital of the United States of America, and in downtown Seattle, specifically under the “Pike Place” market, and when the theater goers were waiting in the box office row, they were sticking gum with the wall adjacent to the market theater, and this made the wall turn into something like a bright palette of colors, Some pioneers even began to draw shapes of gum, and stick their own souvenirs on it.
What you see on that wall took more than two decades, specifically in 1993.
Although the experience may revoke the disgust of many, most of those who visited that landmark mentioned that the place has something that attracts them to it and many tour guides consider it the second most attractive place for tourism in Seattle in general.

Read:Some peaks and heights that no one has climbed before 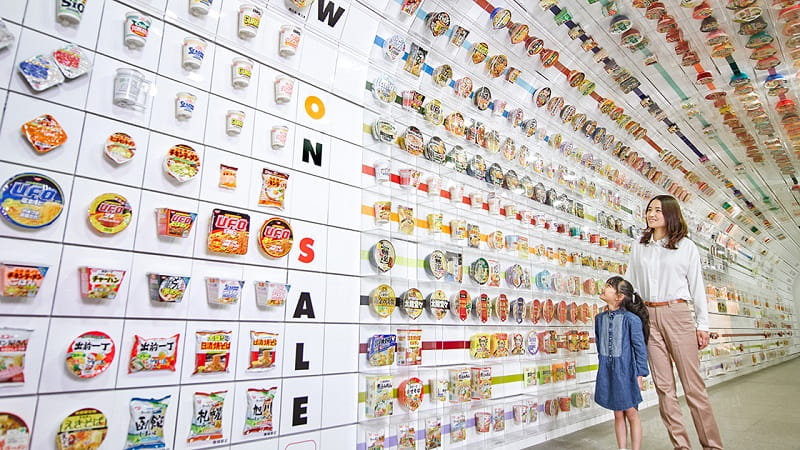 The Japanese Ramen Museum, located in Ikidia, Japan, is considered one of the strangest places in the world, it is dedicated to honoring the creator Momofuku Endo Instant Ramen, who made instant noodles, with the aim of helping university students, especially evening universities, so that no student will feel hungry during He was in the university.
In this museum you can see a copy of the hut, in which Mr. Ramen invented the famous chicken ramen in Japan, but if you are a fan of instant noodles, and you wish to try different and new flavors that you have not tried before, and you will not find them anywhere else, you can enter a room The tasting in the museum.
If you combine the desire of tourism in Japan with the love of pasta and the curiosity to visit exotic places, then this is definitely your ideal place. 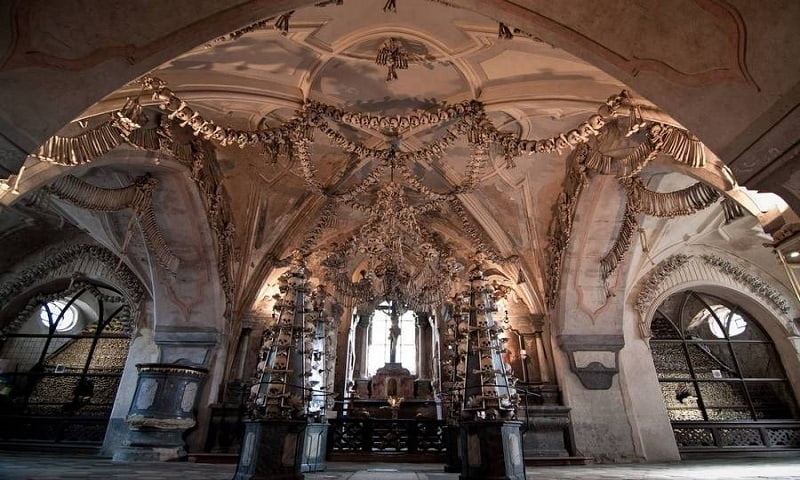 Now with a little bit of terror, freeze your heart a little bit and go to the Orthodox Church of the Czech Republic, you will see there are real skeletons everywhere.
In the city of Kutnahura, in the Czech Republic, the Cedlic Church, a small church, has turned into one of the strangest tourist places ever, after it was used for real human skeletons. After the spread of the Black Death in the city of Kutnahura, 40,000 bodies were buried inside the church, and after its dissolution, the church used these structures to decorate everything in the church, including the chandeliers hung on the wall. 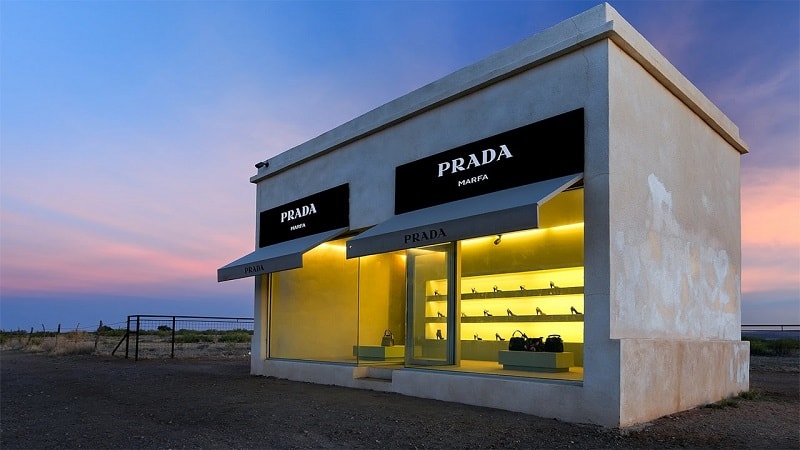 9- Prada in the Desert

Can you be near one of the major shops; see all you can buy but not? It feels strange.
If you want to experience that wonderful experience, you just have to go to the desert of Valentine. There, through the windows of that supermarket, you will find most of what may be tempted by bags and shoes, but you cannot buy anything.
In fact, this store is considered one of the strangest places as it does not have an actual door.
It was surprising that the state of Texas does not have a store for international designer Mario Prada, so the top designers were used to build this store, and the surprise was, by building this permanently closed structure. 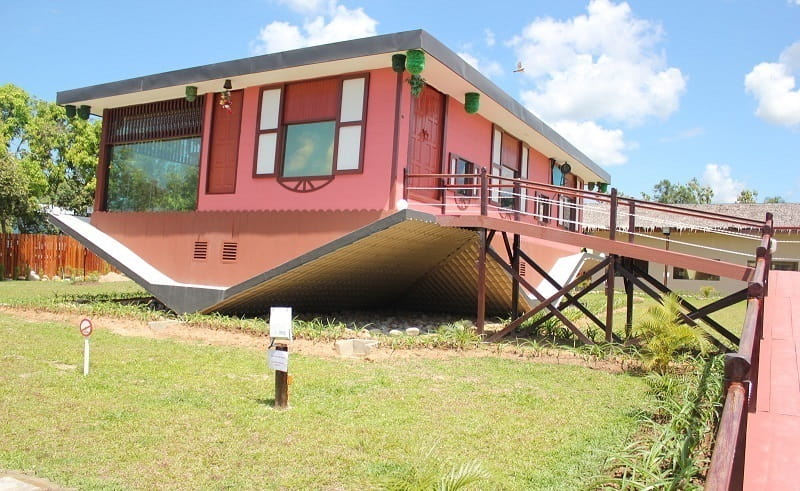 The feeling that there is no gravity is really strange, but more strange than it, is that gravity is up and going upside down.
This is part of the feelings that will invade you when you visit this house in Kota Kinabalu, Malaysia. This house was built so that you feel when you enter it; that you are going against the nature, everything inside it, upside down, you must look up to see the holdings of the house, from The bedrooms, for living rooms, the kitchen and even the graffiti, have a car that is cleverly installed on the roof, not only this; but to increase excitement and suspense, the windows are designed to show stunning landscapes, turned upside down, and this increases the visitor’s sense of being inverted and not Home.
This house was built in 2012 and ranks among the strangest attractions in the world.

Get to know Singapore as a tourist

The most important tourist attractions in Jordan

Report on the Marriott Courtyard Munich

Places of tourism in Cairo

The most beautiful Greek islands for this charming summer holidays

Report on the recommended hotel Abha