Get to know Zaragoza as a tourist 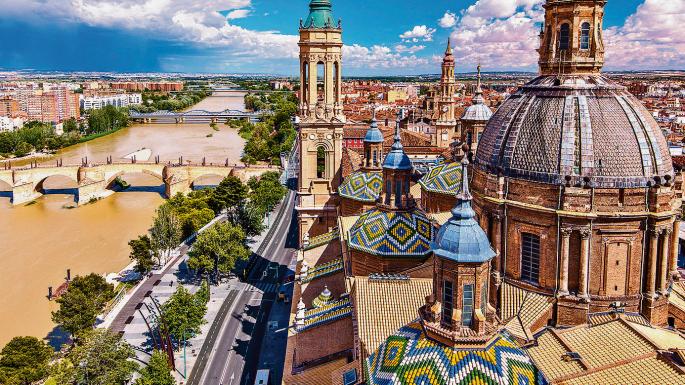 Zaragoza, one of the main cities in Spain, is located on the banks of the Ebro River, halfway between Madrid and Barcelona, ​​and there are many reasons to come to this open city.

The history of the city and its features

2000 years of history, where you will find an impressive impressive legacy on the streets, in addition to Roman, Muslim, Jewish and Christian buildings, the Jaafari Palace, churches, etc., and there is a variety of proposals, theaters, cinemas, galleries, concerts, festivals and exhibitions, in Zaragoza awaiting you in an amazing cultural program Throughout the year, the cultural life of the city is intense, see yourself in the city streets where you can find all the different artistic styles in this city.

In addition, you can taste typical dishes in the region, and of course, take part in one of the great traditions of the city, “tapas”, and the city is a wonderful city for shopping. City to feel the bustle and vitality, and for entertainment at night, enjoy the nightlife in Zaragoza, where night clubs and bars open until the early hours of the morning, fun guaranteed in the city with wonderful nightlife at any time of the year, you will see for yourself when exploring the main areas. 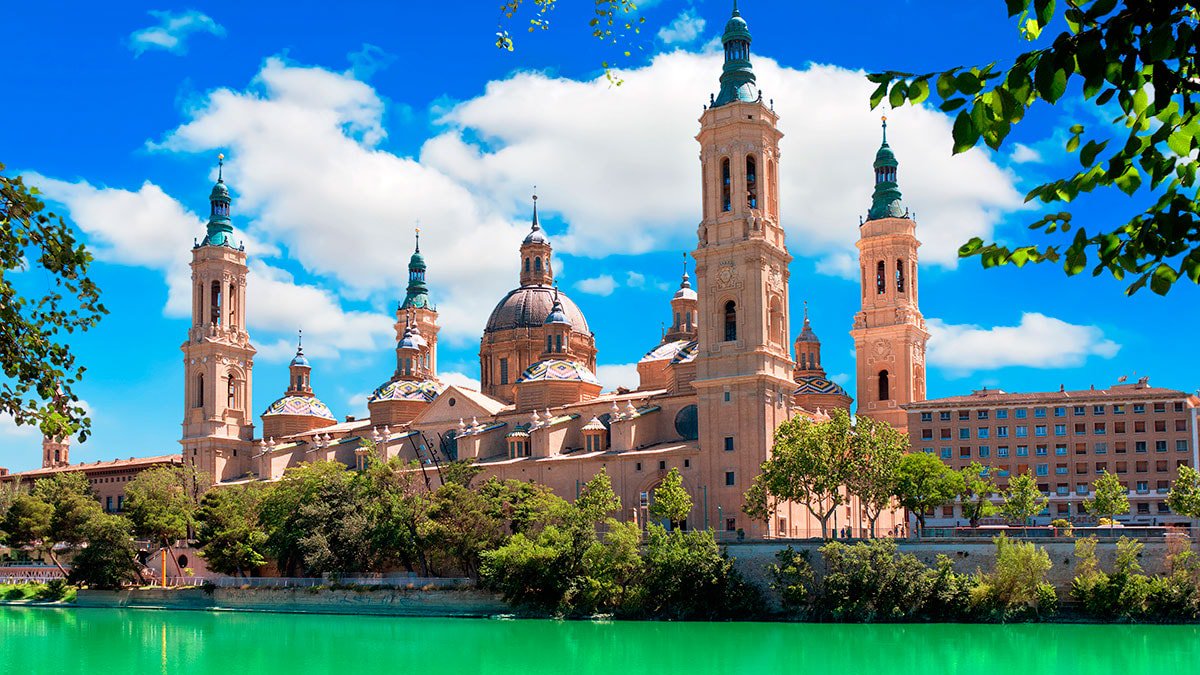 Things you should know about Zaragoza

Here are the most important things you need to know before visiting Zaragoza:

It is the fifth largest city in Spain

Well, you’ve definitely heard of the largest cities in Spain – Madrid, Barcelona, ​​Valencia and Seville – but have you heard of Zaragoza? It is in fact the fifth largest city in Spain. 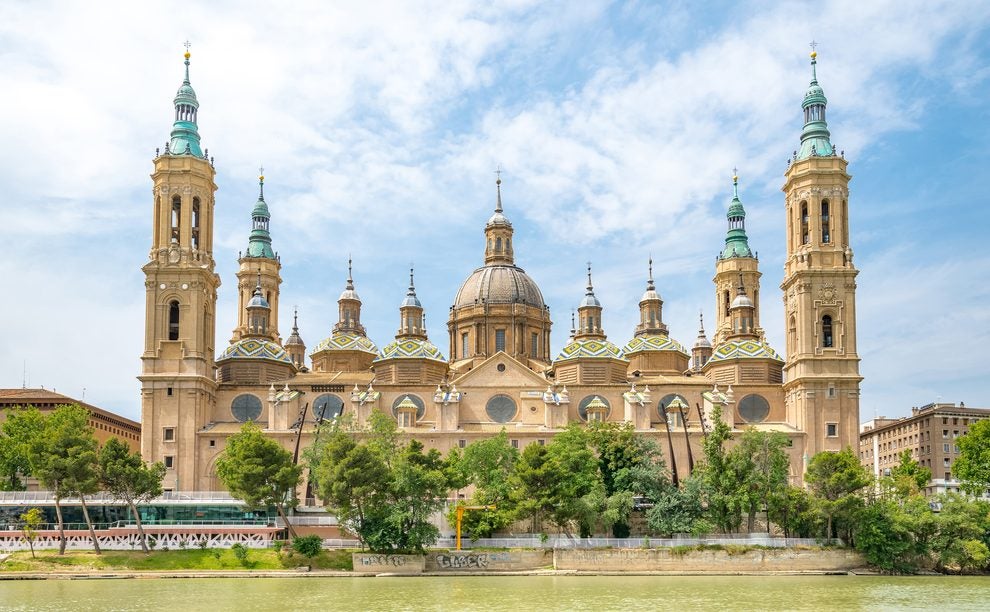 It is the capital of the Aragonese region

Zaragoza is the capital of the Aragon Autonomous Region in Spain, which used to be its own kingdom, meaning that it is home to many great monuments, palaces and houses, including Moorish Aljafería Palace, Museo de Zaragoza Museum and the enormously decorated Casa Solans building.

It is easy to reach Madrid and Barcelona

There is an airport in Zaragoza, accessible from nine destinations in Europe, including London, Paris and Milan, but if you are already on the mainland Spain, it is easy to reach it either from Madrid or Barcelona, ​​and from Barcelona, ​​you can take a bus trip for three hours to reach From there, from Madrid, a 80-minute train ride.

Spain is full of impressive pieces of Maghreb architecture, and the remains of the 800-year Moor rule over most of the country, most of these major palaces and forts, are located in the south of the country, in Andalusia, the best example that can be seen outside Andalusia is the Jafriya Palace in Zaragoza, which was built during The second half of the eleventh century is full of ornate Arab arches and intricate carvings, and today, it is the home of the Aragonese Parliament, and it can be visited on a guided tour. 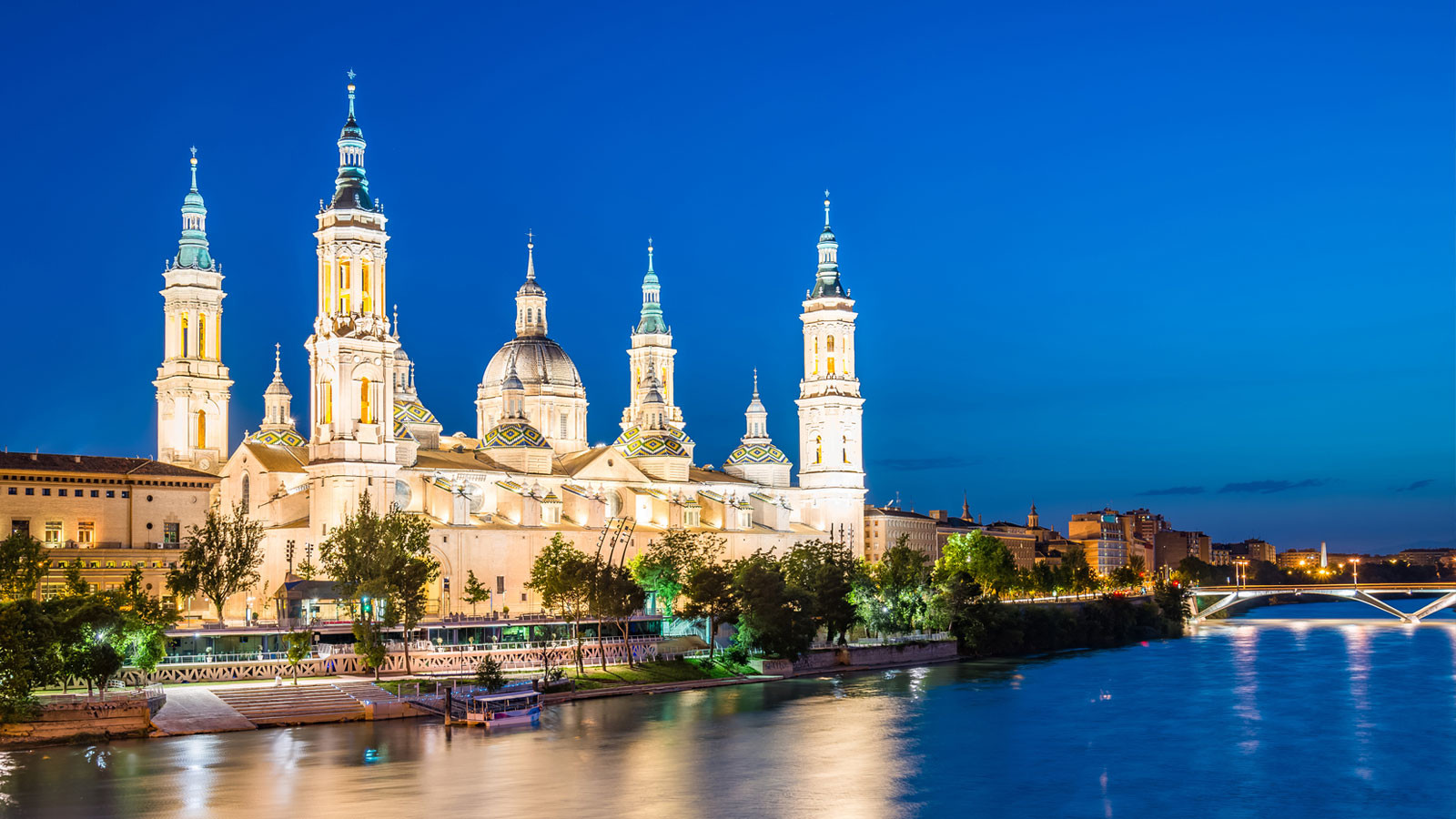 The city has more than 2000 years of history

Zaragoza has more than 2,000 years of history, ruled by the Romans, Moors and Christians, and everyone left their mark on the city. Today, you can see the remains of Zaragoza’s history in Roman ruins in Teatro Romano, the Jaafari Palace, the churches designed in the style of the Madrasa and the Basilica de Nuestra Senora del Pilar Church.
There are great places for daily trips nearby, and there are many places within an hour of Zaragoza that are great destinations for daily trips, and this city includes the deserted ghosts Belchite, the monastery of Piedra, the town of Mudra Tudra, and Reserva Natural de los Galachos de la Alfranca.

It is home to two great cathedrals

The city is home to one or two impressive cathedrals: the famous Basilica de Nuestra Señora del Pilar Cathedral by the river with its Moroccan-style towers and tribes, and Salvador de Zaragoza Cathedral, which combines Baroque and Roman styles.

It has a unique kitchen

Aragon, like many regions in Spain, has its own kitchen, which differs from other regions. Aragonese cuisine is characterized by many types of delicious steaks, filled with meat and vegetables, as well as high-quality products, from external beans to onions from Fuentes, and asparagus from the banks The Ebro River, also known for its various types of fruit, includes dishes that can be tried in Zaragoza, hot dog, bacon from Teruel, cod aguero, and lamb.

Learn the most important tourist places in the city of Cincinnati