Great activities to do after visiting the Eiffel Tower!

If you are visiting Paris for the first time, it is self-evident that a visit to the Eiffel Tower is on your list and for the trip, it is a pleasure in itself as visitors get panoramic views of the French capital. But many tourists do not know what to do after visiting the Eiffel Tower, especially since the area in which it is located does not include many restaurants and cafes, but in reality there is a lot to do there. Discover with us today the best activities you can take in the vicinity of the Eiffel Tower!

As a surprise, many visitors to the Eiffel Tower lose sight of the pleasure of wandering around and enjoying the wonderful green space called “Chan de Mars”, which stretches from the Eiffel Tower to the northwest to the French Military School. The place is characterized by its large size and overlooks the Eiffel Tower with all its beauty, and it was in the 16th and 17th centuries an agricultural area before it became in the 18th century a place for training Napoleon soldiers. Residents intend “Chan de Mars” to enjoy a picnic and eat in the afternoon. There are also playgrounds for children and beautiful flower gardens that make his visit loved by all family members, especially in the spring and summer.

Near the Eiffel Tower lies La Trocadero as the French call it, and it is a long garden with water fountains, children’s playgrounds, ice cream vendors and the Chaillot Palace! In Trocadero there is also a group of cultural facilities such as the “City of Engineering” and “Chaiyo National Theater”. You should also explore the distinguished palace of Chaillot, which has a strange history, in which Adolf Hitler took an official photo after his occupation of Paris during the Second World War in 1940, but in 1948 the General Assembly of the League of Nations met to adopt the Universal Declaration of Human Rights.

Modern art lovers will find a lot of luck near the Eiffel Tower, as two of the most important contemporary art galleries are minutes away. The first is the Paris City Museum of Contemporary Art, which is a municipal museum that is part of the Tokyo Palace in Trocadero. The museum was opened in 1961 and can be accessed for free. The second is a museum located in the Tokyo Palace as well and opened in 2002 and has many exhibitions of contemporary local artists as well as a modern restaurant.

Iconic tour of the Seine

After visiting one of the most famous monuments not only in Paris but in the world, it is not better to take a tour of the Seine and enjoy the most beautiful Paris iconic sites. There are two companies near the Eiffel Tower that offer these tours: “Batu Much” and “Batu Parisian” where romantic tours can be booked with dinner on the boat. Discover in these tours a group of iconic monuments in Paris, such as Notre Dame Cathedral, the Musée d’Orsay, the Louvre, etc. … This tour is especially recommended for those who have limited time to visit Paris. 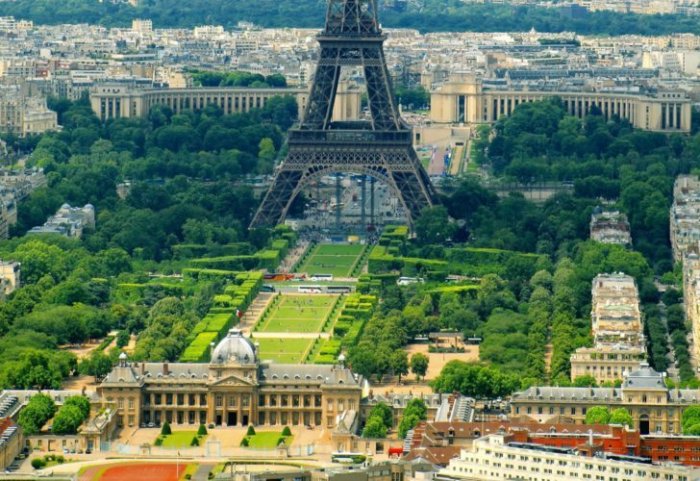 A scene from Shan de Maris 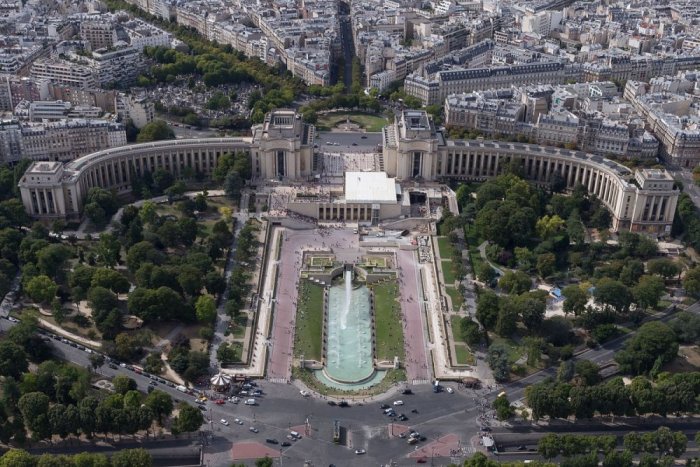 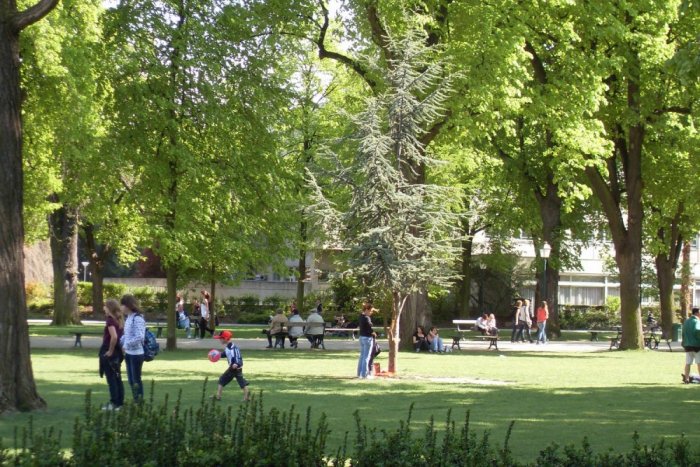 From the Gardens of Chan de Mars 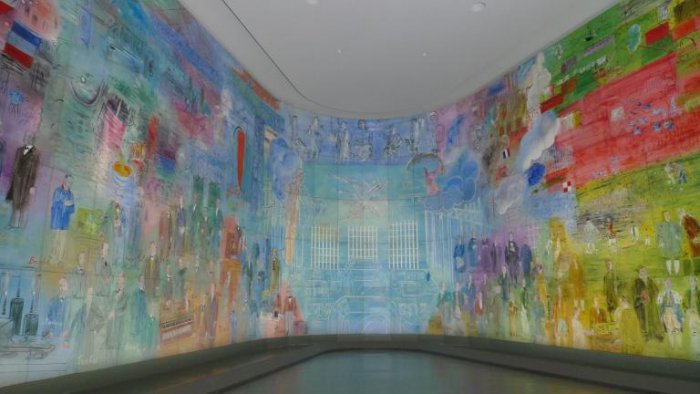 From the Paris City Museum of Contemporary Art 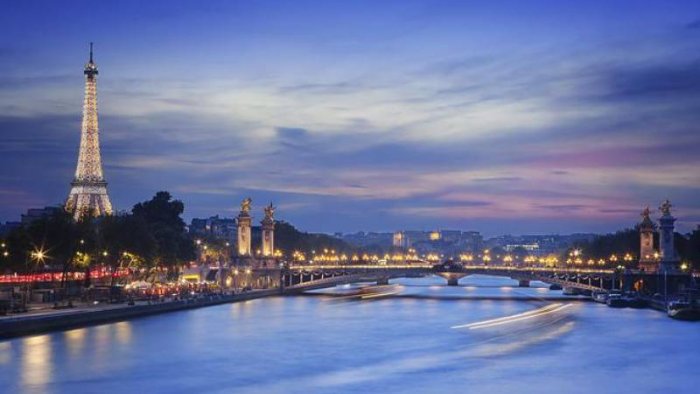 From the vicinity of the Eiffel Tower 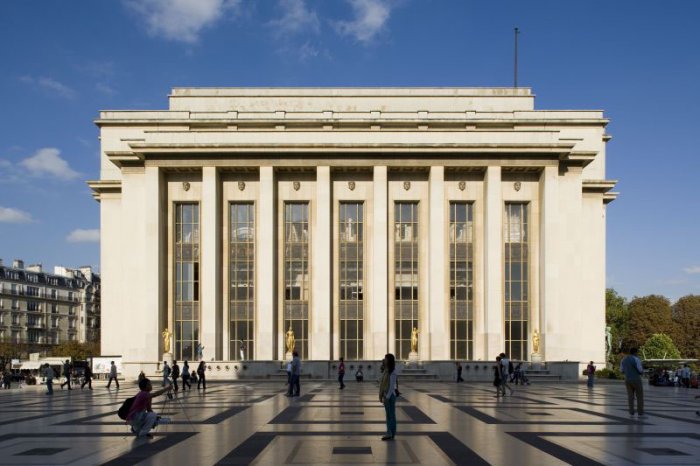 The entrance of Chaillot Palace 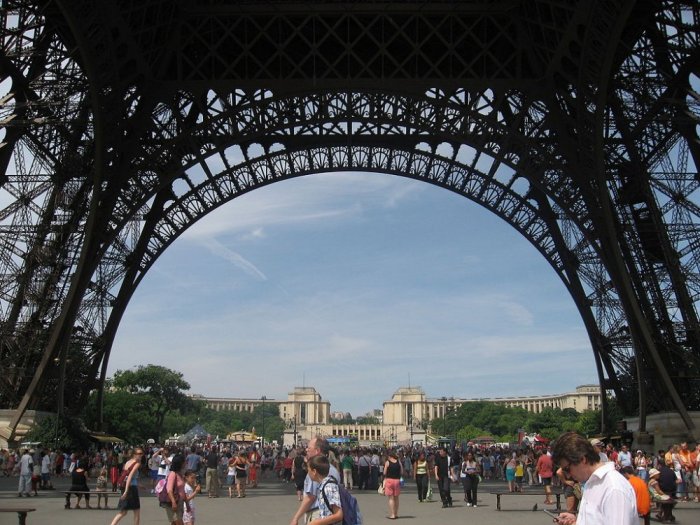 The vicinity of the Eiffel Tower 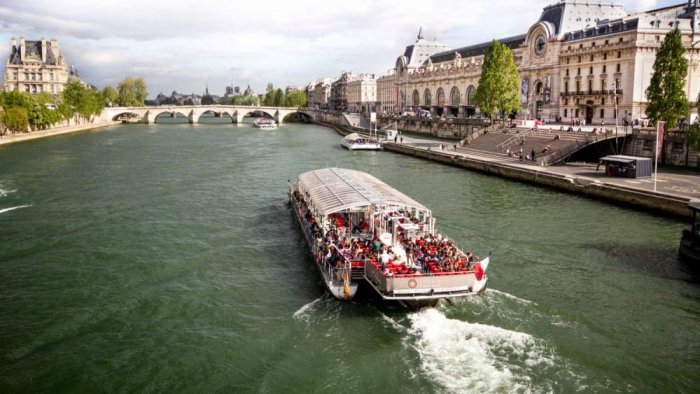 A tour of the Seine 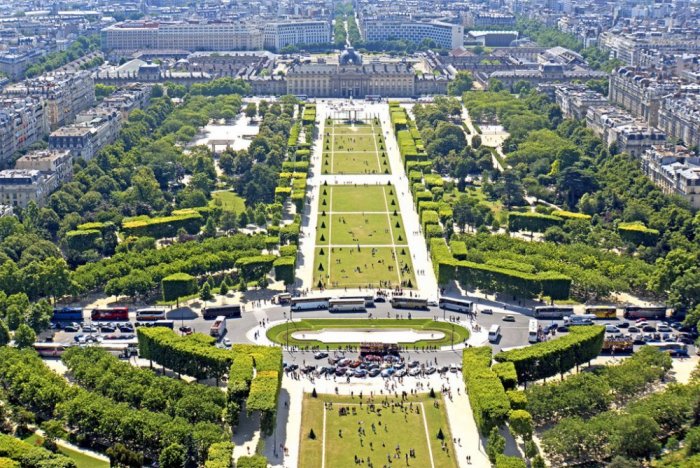 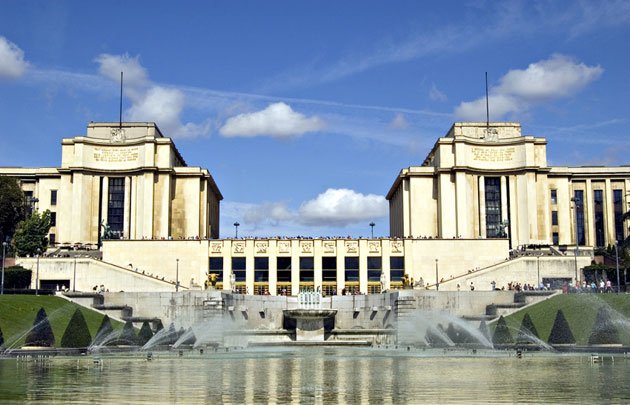 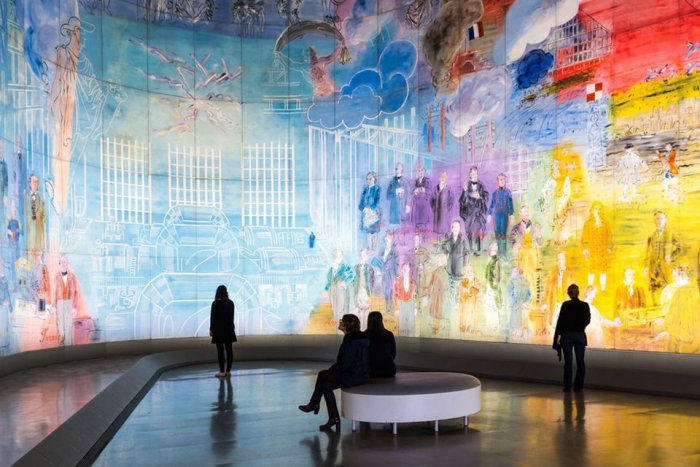 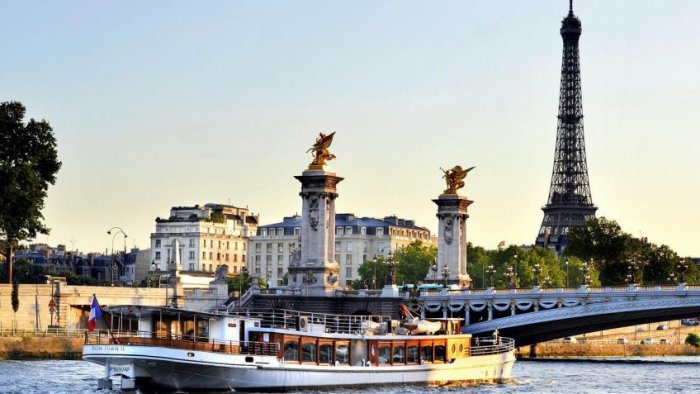