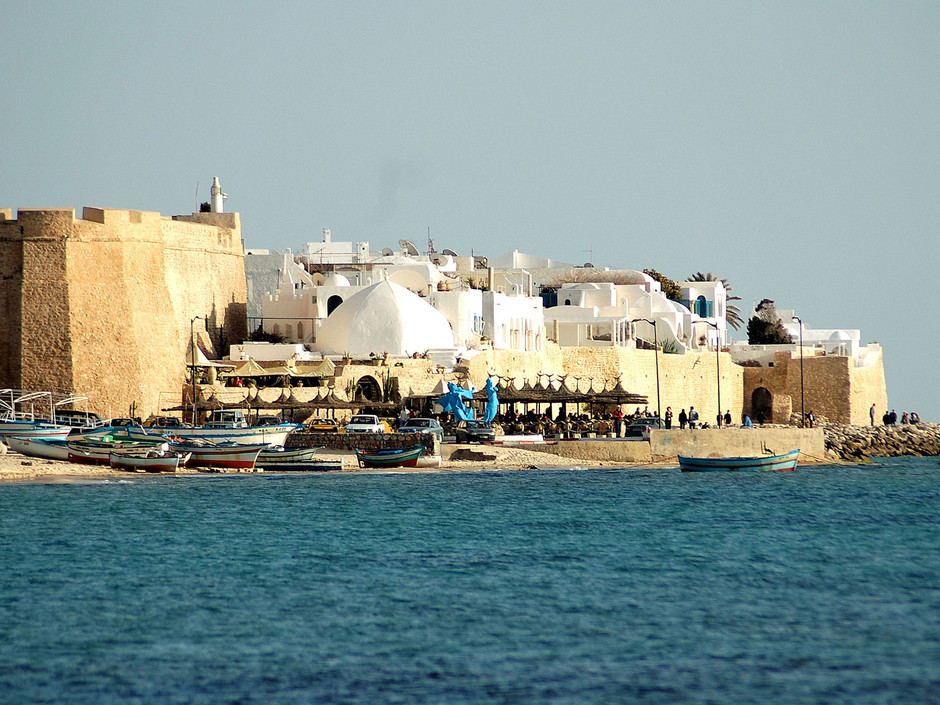 Tunisian hands created an ancient city that combines authentic Arabic style and modernity with a high taste, vitality and movement, “Yasmine Hammamet” represents a new tourist pole and is considered a golden sand masterpiece located on the beach of the Corniche, painted most of its features, and its parties were decorated with flowers and roses, and all its roads and streets were lit, even It has become a world station, a unique and irreplaceable tourist model. 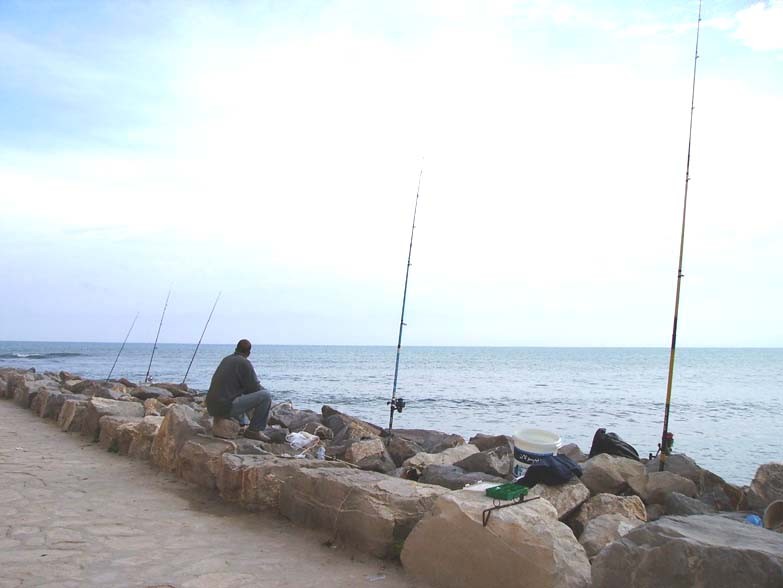 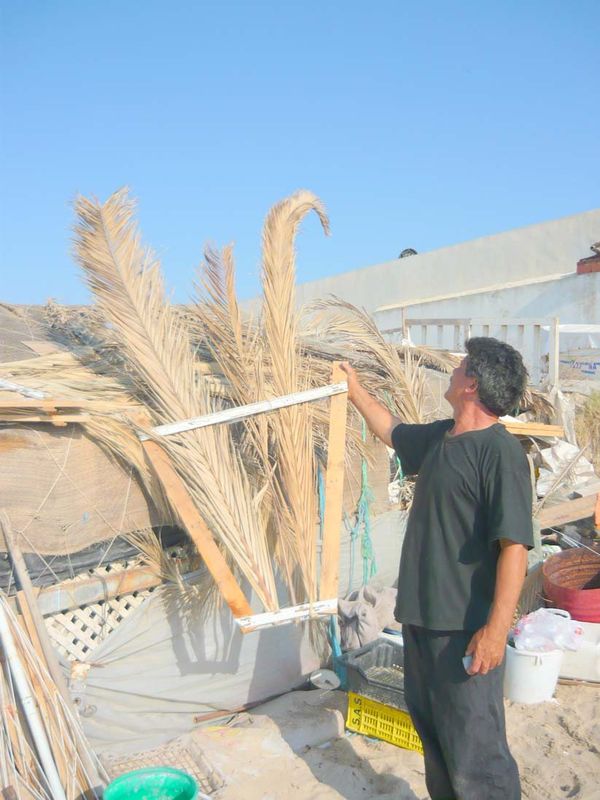 Jasmine universal specifications
The portal of the Mediterranean city of Yasmine Hammamet
“Yasmine Hammamet” appears in the form of a city that has emerged entirely from the ground with its wide streets and hotels that compete in luxury and places of entertainment and entertainment, as well as its wonderful “antique city” which was built according to an authentic Arab architectural style.
Within the vast areas that extend from the south of Tunisia from the city of Hammamet and the Corniche beach, which extends for a distance of 1500 meters lined with cafes and clubs on the eye, in the heart of the station, the “marina” that meets the best international standards, is surrounded by hotels and residences of a bright white color The harbor can accommodate more than 700 yachts and boats.
This modern baby in the Tunisian “Marina” stations is distinguished by its luxury, as it combines modernity with the spaciousness of the place and is able to provide a comfortable and successful holiday, as well as conferences and business meetings.
“Hammamet” is a tourist center 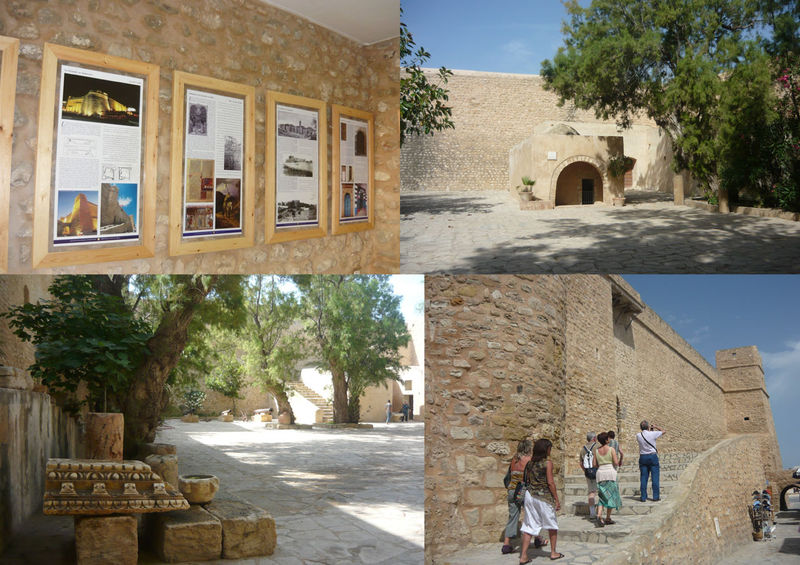 Yasmine Hammamet is a tourist pole
Although the baths are called dormant because they are in the bosom of the sea and is one of the ancient tourist facades in Tunisia, the style of the ancient architecture, which is famous for it, is no longer up to date, nor is it responsive to the tastes of new generations of investors and businessmen.
From this standpoint, Tunisian engineers planned to establish a residential city not far from the historic city, with its majestic castle, its ancient Arab markets, and its bright white houses.
In a few years, the city of sleeping baths on the shores of the Mediterranean turned into a “bouquet of pleasure”, as the Tunisians call it. As this small city has become a global tourist pole that attracts millions of tourists annually, among them the most famous international personalities in search of pleasure and the magic of nature.
The city has made it more beautiful to create the tourist resort “Yasmine Hammamet”, which combined the luxury of construction with the longevity of Arab and Islamic history. This tourist resort derives its name from the legendary fragrant jasmine flower, which is considered one of the most prominent and beautiful symbols of the Tunisian country.
The start of this tourism project was in 1989 when the order was issued to establish a distinguished tourism city on an area of ​​270 hectares. This city witnessed a continuous renewal and expansion year after year, until it became an exceptional model that enables anyone to dream and spend a holiday that is different from the prevailing and the familiar.
The city of Hammamet in Tunisia
In the integrated city of Hammamet overlooking the Mediterranean Sea, one can do whatever he wants, dwell, eat, have fun, rest, and enjoy recreation and physiotherapy. From the squares and markets to the hotels, from the spa to the patios, and from the fences to the homes and gardens, the pioneers of this city are practicing a new life, all fun and joy, that combines the festive festive character, coexistence and acquaintance, and between luxury and serenity.
In the city of Hammamet, centuries and wonders of Arab and human civilizations, customs and traditions, folklore, and timeless folk paintings arise. And distributed luxury hotels, up to 54 hotels, which is one of the most important hotel poles in Tunisia.
A visitor to the city of Hammamet finds all the geometric shapes and designs of the Tunisian country and other human civilizations, European, Japanese, and Chinese, in a mosaic form, bringing all human creations side by side.
The visitor also finds in the tourist resort “Yasmine Hammamet” all kinds of hotels, luxury and medium hotels, clubs, apartments and bathrooms, offering the latest developments in the field of seawater medication, and steam baths, in addition to surprises for lovers of snowboarding and golf courses. Yasmine Hammamet Resort provides about 20,000 beds every year, most of which are classified as Premium.
The Marina is an artificial island
Tunisian Marina from abroad
In the heart of the resort “Yasmine Hammamet” there is another newly constructed masterpiece, its name is “The Marina”, amid 20 hectares of water, it provides 740 ports for ships and sailing boats, 500 apartments off the sea, 55 villas, most of them on an artificial island, constructed on the edge of the port, in addition to To 18 thousand square meters of shops, and 30 thousand square meters of customized gardens.
The “Marina” is distinguished by the testimony of tourists, architects and painters visited with elegance and charm, and the harmony of its architecture. And it made her famous for hosting many major concerts worldwide, and many international competitions such as large motorcycle competitions.
The port, which is today among the most beautiful places on the shores of the Mediterranean, also receives a number of boat races, marine exhibitions and some other activities related to the sea, such as the women’s sailing competition, known as the “Alisa Road”, or “Alissar” , The ancient builder of Carthage.

The engineers of “Marina” and “Yasmine Hammamet” say that it was constructed to compete with modern cities and residential areas in the northern bank of the Mediterranean, such as the nearby resorts of Sicily and Sardinia, and the cities of Cannes, Monte Carlo and Saint Tropez in the south. France.
The “Marina” Hammamet is the most important real estate and housing project of this new category, as it is the first of the future cities, especially because its location is unique, as it extends between the sea coast characterized by its purity and beauty, and the foothills of hills covered with green trees.
The “Marina” project in Hammamet is connected to the mainland with a canal bridge or breakwater that has been configured to be a space spread on its banks, restaurants, cafes and shops. The idea of ​​a canal or casserole is taken from the legacy of the Phoenicians, who built a canal that penetrates into land and then returns to the sea to ensure protection for their ships from raids and storms. Each of the luxury Marina villas has a direct view of the sea from the back of the house, and it has a special location for the yacht or private boat, while there is a “garage” for cars on the front end.
Carthage Land
Carthage Land in Tunisia
And on the outskirts of the resort “Yasmine Hammamet” there is “Carthage Land”, which is a recreational games city, spanning an area of ​​five hectares, and focuses on the collective imagination, a contribution to the revival of myths and tales of childhood, taking advantage of the Arab history and cultural heritage to revive and highlight it again.
“Carthage Land” offers its visitors 18 entertainment spaces and a place for exciting games, such as “The Trip of Hanoun”, “Brothers Barbaros” and “Aladdin’s Adventures”, and others, depending on the fertile imagination and some of what remains in the popular memory of stories, adventures and wars.
The port city of Hammamet
The port, which is located on the edge of the charming city, is the beating heart of the new residential complex. From it, a space opens for the pedestrians along a wide wave breakwater, adjacent to the circular sea channel, and its restaurants, cafes and fast food outlets are spread out from its sides.
The complex includes a market in the old Arab style, which includes artisan shops, who manufacture pottery and traditional artifacts, in addition to a “supermarket” and modern restaurants. The port has five advantages:
The port of Hammamet receives boats and yachts
The first feature is the location of the port, which overlooks the heart of the Mediterranean Sea, it is only 40 miles from the capital city of Tunis, and 60 miles from the Italian island of Sicily.
The port can accommodate 700 yachts and boats, with all the necessary facilities, means of communication and supplies available in the areas attached to it, which made it the most important entertainment port on the southern bank of the Mediterranean.
The second advantage is that it is close to the baths, and is separate from them at the same time. Lush.
Those who are fond of history can visit the historic city with its castle, markets, homes and fishermen, just as they can visit Kairouan, Monastir, Sousse and Tunis, the historic cities that are only an hour away from the project by car.
The third advantage is the presence of two major golf courses in the vicinity of the project, which are two golf courses attracting high classes from Western tourists to Japanese throughout the year.
The fourth advantage is that it is located on the outskirts of the resort “Yasmine Hammamet”, as residents of villas and apartments do not need more than ten minutes on foot to find themselves in the heart of a modern tourist area, including luxury hotels in the categories 4 and 5 stars and restaurants.
The fifth advantage is the ease of ownership for Arabs and foreigners, as a result of the presence of credit facilities and the absence of strict restrictions on the purchase of real estate, as Tunisian banks grant ownership loans of up to 60% of the property price, to be paid over a period of 7 to 15 years.
Hunting by traditional methods
The city of Hammamet promenade
In addition to the fact that “Yasmine Hammamet” is home to recreation and the search for comfort and tranquility, it is also a country that has its people with their customs and traditions inherited in various industrial and agricultural fields. These traditional industries reflect the perfection, accuracy and patience that the people brought in. Sailors have passed down from generation to generation their traditional hunting methods through the ages in all honesty. We mention, for example, the most common techniques used by pigeon hunters: hunting with lights for sardines and mackerel, and hunting for gig and jungles.