Information about the Qaitbay Citadel in Alexandria, which is one of the most beautiful and most ancient monuments of Alexandria, which is located in the far west of Alexandria on the island of Pharos, which is a huge stone building that takes the shape of a square and an area of ​​150 meters in 130, where the sea is surrounded on all three sides, and construction began on this The castle in 882 AH and took two consecutive years to build.
Qaitbay was named after the king of Egypt at the time, “Qaitbay”, he belonged to the Mamluks, and he ruled Egypt for 28 years, and he ordered its construction due to his fear of the Ottoman Empire that was threatening to occupy Egypt and completed its construction and shipping it with weapons and soldiers, and there are some that say that the cost of building the base was 1000000 Dinar, and this castle was built in the place of the Lighthouse of Alexandria, which was one of the seven wonders of the world, but it was destroyed because of the 1303 AD earthquake. 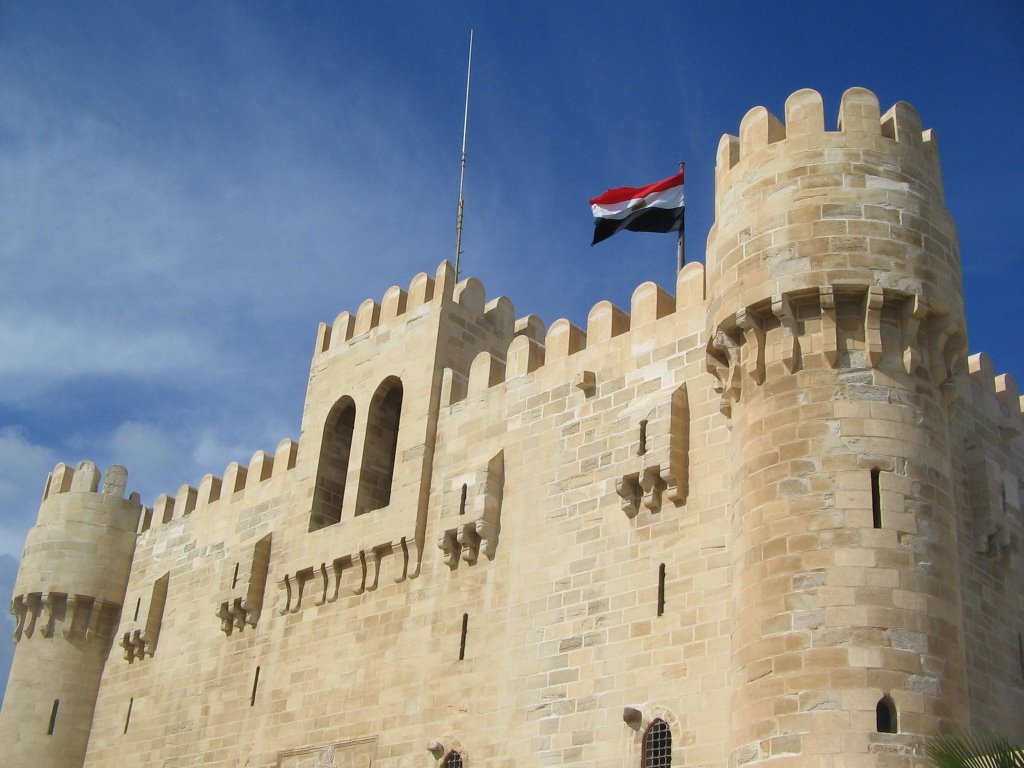 One of the distinguishing features of the Qaitbay Citadel is its impregnable wall due to the large number of multiple watchtowers and a height of about 8 meters.The castle remained the impregnable fortress of Alexandria in Alexandria until the nineteenth century and was subjected to English bombing in 1882, but after that it neglected the castle, which led to some cracks.

Sections of the Qaitbay Citadel

The castle is divided into two parts:

These prices are according to the castle’s Ministry of Antiquities and are:

How do I go to Qaitbay Castle?

Qaitbay Castle is one of the most important monuments found in Egypt, whether in Alexandria or in Rashid. We must visit it and learn about the ancient monuments in Egypt. In addition to that Alexandria contains a large number of monuments and landmarks not known to many, such as the Corniche of Alexandria.
It dates back to the era of the Ptolemies and the Roman theater, and it is located in the Dome Al-Dekka area in Alexandria. There are a number of great and artistic tombs in Alexandria, such as Mustafa Kamel’s tomb that was discovered by chance 1933.
Al-Shatby’s ancient tombs and the Anfoushi tombs are all places worth visiting, do not forget the ancient Al-Marsa Abu Al Abbas Mosque, which many people frequent to pray in, in addition to the Jewelry Museum located in the Zizina area, which was established in 1919 on a large area reaching 4185 meters all of these places Worth a visit and get to know them without exception.

A look at the Canal Central Business Resort in Dubai

In pictures, a tour inside the Dubai Safari Park