The Louvre Museum and the most important information about it

Top 4 activities at the Temple of Heaven in Beijing

Kuala Terengato is a city that everyone should visit 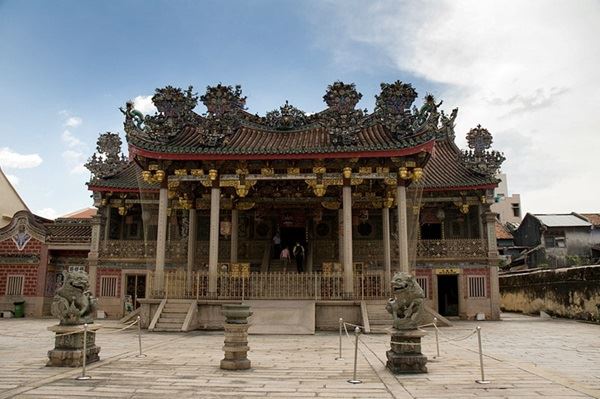 Penang Island is considered one of the most important tourist areas that exist in the state of Malaysia as it contains many different tourism components that enabled it to be one of the first tourist destinations that many tourists come from all countries of the world, and it is also worth noting that this island has This name was given to it because of the presence and spread of coconut trees on its soil, which cover a lot of wide areas of the land of this island, and it is also worth noting that the first to discover this island Penang Island was the English captain Francis Light, who was one of the first Who came on this land? At a time when, after its discovery, the ruler Sultan in the Sultanate of Kedah State had ordered to give this island under the patronage and rule of Captain Francis Light in 1986 AD and from that time this island has become the first commercial center of English origin for English foreign trade has been established in The entire Middle East region. Georgetown has been established to be the capital of the official island, and many facilities that belong to the English heritage and who have settled in the land of this island are spread over its land. It is also famous for this island with the presence of various types of high-quality hotels to be of the most beautiful Tourist areas in and Kedah State ,, 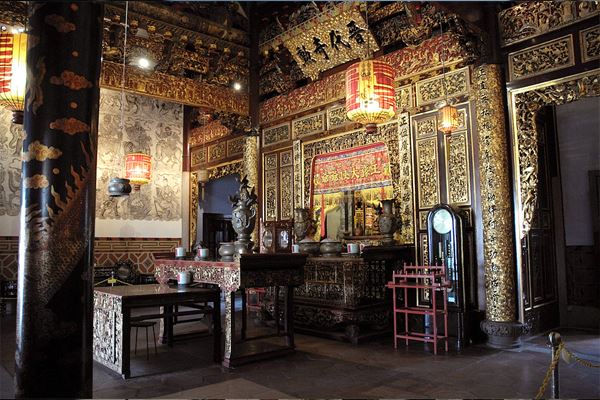 It is also worth noting that this is an island famous for the presence of many wonderful tourist attractions on its land, one of the most important of which is the Kho Kung Se Square, as it is one of the first groups to come to the land of Penang Island. They proceeded to build it upon their arrival is to build one of the most luxurious and ancient archaeological installations, which is one of the oldest homes for the clans that settled in the land of this island, as they started building this giant house, which belonged to the clan in the year 1890 AD, as it became one of the largest The palaces that were built in that era and which usually reach that A universe equals the pride and pride of the palace of the Chinese Emperor at the time, and it also spreads many myths around this place where it is said that this giant palace was built by wasting a lot of resources and money that led to the wrath of the gods who built this The palace, where it is said that on the first night, immediately after the completion of the construction of this palace, a very large fire occurred, for which there is no reason as the fire had touched the entire palace, but from the time of this fire it was not rebuilt or restored even in 1902 AD The government ordered the restoration and reconstruction of this palace. 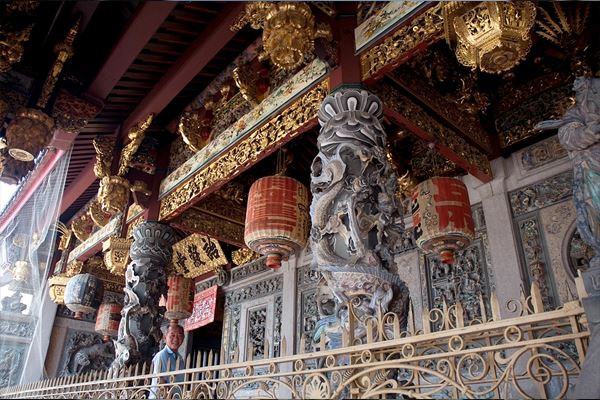 Read:Famous food in Malaysia .. Learn the most famous cuisine in Malaysian cuisine

It is also worth noting that this giant palace is the home and residence of one of the five Chinese clans, which had been established since ancient times and has remained on its beauty and luxury to this day as it is located in the city of Georgetown, the capital, and it is also worth noting that this palace The splendid has been built to be in the form and heritage of a small Chinese clan village, as it is this palace that is considered one of the most beautiful places and palaces that represent the Chinese clans on the land of Penang Island, as it is distinguished by its high and thin columns that bear the ceiling of the palace and which is distinguished Its red color is made of luxurious tiles, and it is spread in a lot of M. There are drawings and some statues that represent the different dragons and the wonderful phoenix. There are also many extinct and mythical animals that are found in Chinese history and have wonderful myths concerning the wonderful Chinese civilization.

Read:Where to go in Malaysia

It is also worth noting that this giant palace consists of a large hallway that has been decorated with many different drawings and engravings that interfere with each other as they have designed these drawings by many Chinese designers, and this palace is considered one of the most beautiful and best areas Tourist located on the island of Penang, which is recommended to visit during your tourist trip in the state of Malaysia.

Important information, the city of Giresun, on the Black Sea coast

What is the capital of Morocco

The 5 best parks in Istanbul are recommended to visit

The best 3 of Kuwait recommended restaurants

The most beautiful attractions and tourist areas in Denmark