The 7 best archeological sites in Lebanon are recommended

Tourism in Lebanon represents a human cultural and recreational activity that may not be matched similar in another part of the earth, because the state owns all kinds of attractions, as it is coastal and mountainous at the same time, and there are many aspects of historical monuments, cultural development, rural originality, and noisy night entertainment.
If you are visiting and seeking to learn about the most important archaeological sites in Lebanon, here is this report that will take you on an educational, cultural, and touristic tour throughout Lebanon.

In this link, we present to you a group of the best hotels in Lebanon, which are distinguished by their good location and luxurious services. 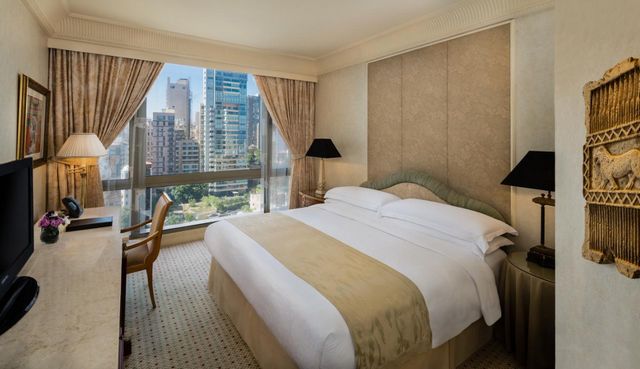 The best ancient places in Lebanon

In the coming lines, we present a group of the most important archaeological sites in Lebanon to learn about its history as well as to enjoy family tours there.

It is a natural cave located in Wadi Nahr al-Kalb, to the north of Beirut, about 20 km. It is formed by narrow cavities due to the leakage of lazy water from the heights to the bottom of the valley. The length of the corridor is 120 meters and is surrounded by naturally carved crystal domes. In the middle of the pass is a small lake that differs Its colors due to the reflection of light on it.
work hours
The Grotto is open 7 days a week, from 9:00 a.m. until 5:00 p.m., except for Mondays and holidays. The dates vary on Orthodox Easter and Business Day.

The National Museum of Beirut

It is considered one of the most important archaeological sites in Lebanon. It is also the main historical museum of the country. It was built after the First World War and was opened in 1942 AD, then it was destroyed by the hand of destruction in 1975 because of the Lebanese Civil War. However, its content of antiquities survived, to be rebuilt and opened in 1999 AD, and the museum currently includes Artifacts of various eras of time and civilizations, starting from the Stone Age to the twentieth century, through Roman and Medieval civilizations, the number of which exceeds about 100 thousand.
work hours
The museum is open for visitors all days of the week from 9:00 a.m. until 5:00 p.m., except for Monday as a holiday, and dates vary on Orthodox Easter and Business Day.

The city of Tire, called the Lady of the Seas, includes the most famous archaeological sites in Lebanon, as it is a coastal city that has gained the highest importance throughout the ages and the succession of civilizations that settled in it, as it abounds with old neighborhoods and markets with an expressive nature of its origin, as well as the ancient Roman castle of Tire, in addition to a natural reserve, And finally Khan Al-Saboun, which has gained international fame in many times, all alongside the magnificent sea coast with its luxurious resorts.

It is one of the oldest archaeological sites in Lebanon, and it consists of 3 adjacent bathrooms located specifically on Bank Street in the center of Beirut, discovered in the year 1968 AD, and from the architectural body of the bathrooms it is clear that it was a social club in which the public exercises their hobbies along with the basic role of the bathroom in cleaning and washing.
work hours
Roman Baths work 7 days a week, 24 hours a day, but appointments may vary on Orthodox Easter and Business Day.

The city of Baalbek

The city is one of the most Lebanese cities containing the most important archaeological sites in Lebanon, as it is rich in many Roman, Phoenician, Christian and Islamic monuments, such as the Stone of Habla, the ancient Baalbek Castle and the shrine of Sayyida Khawla, in addition to the cultural, recreational and artistic role of the city, which is represented in many festivals and carnivals that take place In them annually.
You can learn more about Baalbek, Lebanon, and the most important activities that you can do there by visiting this link .. Read more

It is one of the most important archaeological sites in Lebanon, specifically in the Chouf region in Mount Lebanon, where the architectural style of the palace represents the most remarkable examples of Lebanese architecture followed in the early nineteenth century, the date of its construction by order of Prince Bashir II, then its residents were punished, so it was the headquarters of the Ottoman and then the French, and is currently considered The summer residence of the President of the Lebanese Republic.
work hours
The palace is open to visitors all days of the week from 9:00 am until 5:00 pm, except for Monday is a holiday, and dates vary on Orthodox Easter and Business Day.
You can learn more about Beiteddine Palace Lebanon and the most important activities that you can do there by visiting this link .. Read more

Jbeil Castle or the Crusader castle

It is one of the best and most ancient archaeological sites in Lebanon, where its construction dates back to the 12th century AD by the Crusaders, and its location was carefully chosen with great military care to be close to the old port built at the city wall since the Middle Ages, and the walls of the castle rise to about 270 meters with the wall heading from the east To the west, while the north-south fence rises to about 200 meters.
You can learn more about Byblos Castle or the Crusader castle in Lebanon and the most important activities that you can do there through our website by visiting this link .. Read more

6 of the best Pattaya family hotels recommended for 2020