Azerbaijan is located in the southeast of the Caucasus and on the western coast of the Caspian Sea, and enjoys astonishing natural contrast, as it includes 9 out of 11 types of major climates of the Earth.
The nature of Azerbaijan is characterized by the convergence of the four seasons at one time, as it contains forests, permanent glaciers, and hot steppe.
The highlands and lowlands are considered to be the dominant terrain in the country, and many rivers pass through a large portion of their lands, most of which contain mountain waterfalls.
The nature of Azerbaijan is also distinguished by its rare deserts and bushes, which include a rich diversity of plant varieties, along with water basins, and lakes of various sizes.
The country has taken drastic measures to preserve nature in Azerbaijan and its diverse environment, which is considered one of the important landmarks of tourism in Azerbaijan, so it has established 7 vast reserves.

Azerbaijan embraces a variety of the best luxury hotels worth visiting, which we have collected for you in the guide to the best hotels of Azerbaijan .. Read more 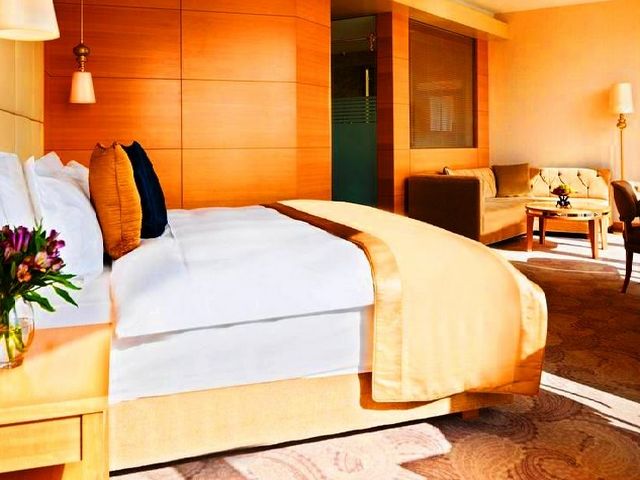 The nature of Azerbaijan

Among the most important tourist destinations of Azerbaijan, those that highlight the beauty of the nature of Azerbaijan of different types, and which we have dedicated this report to talk about.

One of the most famous mineral springs is the Esteso mineral spring, located on the foot of Dombal Hill, on the banks of the Willich River in Masalle.
The spring contains many therapeutic compounds, including hydrogen sulfide and sodium chloride, and Esteso Spring is considered one of the most beautiful places that enjoy distinctive sights of the charm of the nature of Azerbaijan, which are used for recreational and therapeutic purposes as well. 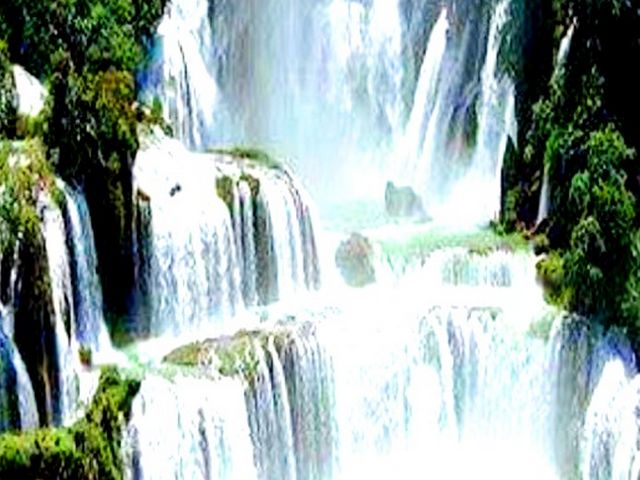 The Gobustan National Reserve was established in the west of Gobustan, 64 km southwest of Baku city center, in 1966.
The reserve includes more than 6000 archaeological rock carved by natural factors, and its history ranges between 5000 to 20,000 years, and depicts the primitive life of humans.

One of the most important places that highlight the nature and diversity of Azerbaijan, the Mount of Fire, or the Burning Mountain, is located on the Abzuzan Peninsula.
The mountain also includes many scattered monuments, and panoramic views of the sea and the surrounding area can be enjoyed on top of it .. Read more

Nebran is a popular resort village in the Khashmaz Rayon district near the Russian-Azerbaijani border, and it is considered the largest entertainment district in the province.
The village is located in a subtropical forest, along a coastline of more than 30 km, which includes the shores of the Caspian Sea.
The village includes many rocky and sandy beaches surrounded by natural green landscapes, which contain an astonishing diversity of tree and plant species. 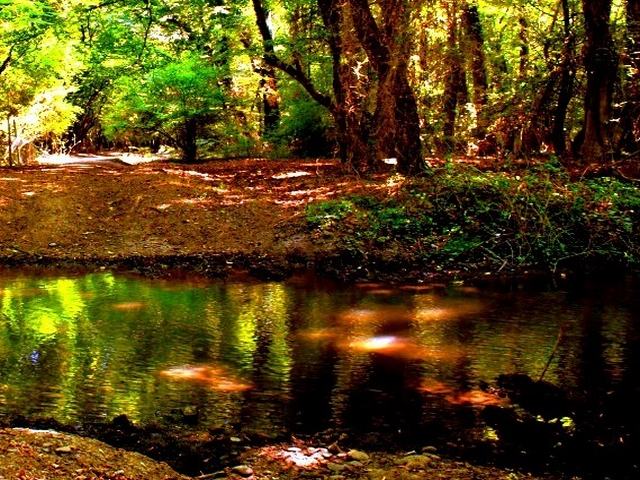 Shirvan National Park is one of the largest parks in Azerbaijan, with an area of ​​543,735 square kilometers, it is a cumulative plain with a height of 25 meters.
The park is located in an area of ​​semi-warm and temperate semi-desert plains, and includes many botanical patterns, also includes the park, which enjoys the most beautiful scenery of picturesque Azerbaijan, several water basins, and embraces some types of gazelle Reem, geese.

Arras is a river that starts from Turkey and then flows along the border between Turkey and Armenia, reaching the Nakhchivan region in Azerbaijan.
The total length of the river is 1072 km and covers an area of ​​102 thousand square km, and it is one of the largest rivers in the Caucasus.
The river part of Azerbaijan is surrounded by mountains and greenery on both sides, and it is a wonderful opportunity to take beautiful photos and learn about the charming nature of Azerbaijan.

Lake Kara Nuhur is located at an altitude of 1540 meters above sea level, within a mountainous area in the Ismaili province of Azerbaijan.
The area surrounding the lake is considered suitable for fans of climbing and mountain hiking, where the lake can be reached with the help of specialized guides.
The lake is characterized by its breathtaking scenery, especially in the autumn, which includes natural diversity, as is the case in most places that show the uniqueness of Azerbaijan. 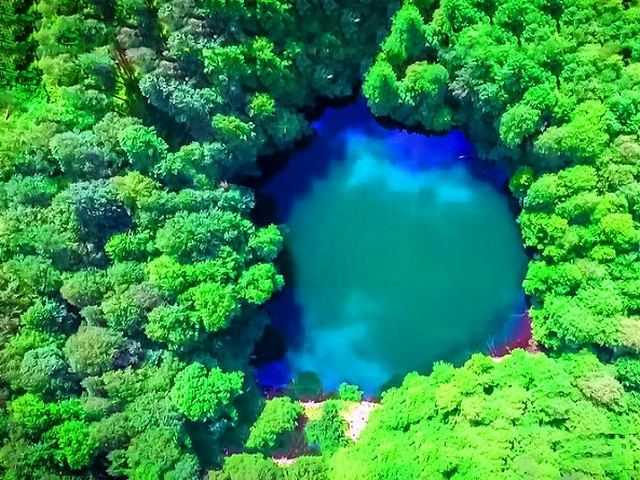 Kepez is one of the Lesser Caucasus Mountains located near the city of Ganja in the center of Azerbaijan, and rises 3065 meters above sea level.
The mountain is located near Lake Gwegel, which was formed by a rock earthquake that cut off the course of a river, and it was called the name Albarrak. The mountain has colorful and beautiful scenery, because it embraces many types of plants, flowers and wild trees of various colors and shapes.

The city of Denar

Lankaran is a small coastal city located near the Iranian border, and embraces many attractions that highlight the nature of Azerbaijan in all its forms.
The city includes many wonderful sandy beaches, and many recreational and therapeutic mineral springs, along with lakes, water basins, parks and national parks.
The city also includes many green forests that include beautiful Portia trees, orchards for tea and rice, as well as several pastures for livestock.

Yidi Guzel Waterfalls, or the seven beautiful waterfalls in their literal sense, flow from the highest peaks of the Caucasus Mountains in the village of Van Dam in Jabala.
These waterfalls include the Mehshechdadur waterfall, which bears witness to the amazing nature of Azerbaijan. It is considered the highest and most beautiful waterfall in Azerbaijan, rising 53 meters above sea level.
Yedi Guzel waterfalls completely freeze in winter and flow in spring and summer, making the most beautiful sounds in the amazing landscape.
It is worth noting that the waterfalls take their name from the seven roads that a visitor must pass to reach, not the number. 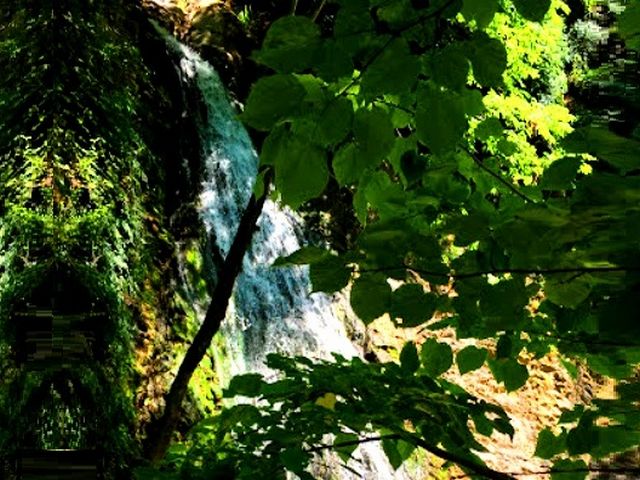 Articles you may also be interested in in Azerbaijan:

The most important tourist places in Azerbaijan

The best tourist places in Azerbaijan for families

Report on the Langham Hotel London