The city of Morse is a Swiss city inhabited by about 16 thousand people today, and throughout the history this area inhabited many, and it has found traces dating back to different historical periods such as the Bronze Age and the pre-BC era, but the beginning of its establishment as an independent city dates back to a year 1286 AD, founded by Louis Savoy, and in the Middle Ages, Morse City was the seat of the Savoy Court, and in the past Morse City was an important commercial center in the surrounding area 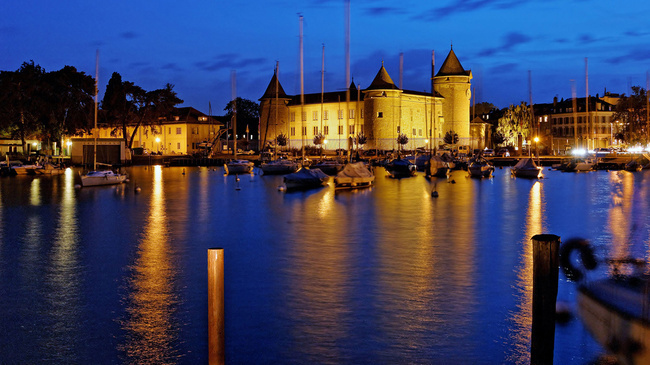 Therefore, a port was built for the purpose of trade at the end of the seventeenth century, and it still stands today, and it works as a yacht port, and there is a park that runs along the shore of the lake, a group of museums, the Independence Park and other places.

The castle of the Swiss city of Morse 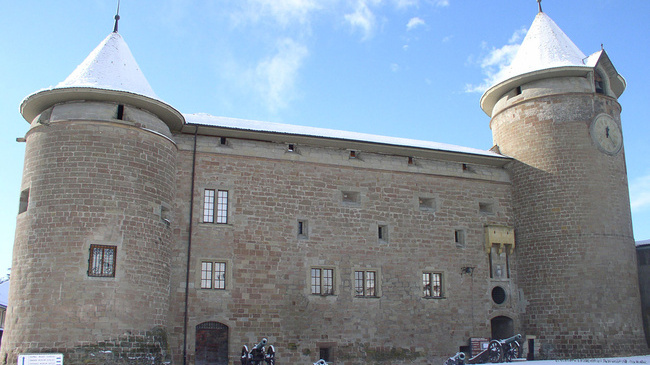 This castle was built in the late thirteenth century AD, specifically in the year 1286 AD by order of Louis Savoy, and the castle has a distinctive architectural design and distinctive, and attached to it four museums within its great walls, and these museums are the Cantonal Military Museum, and the Swiss Museum For historical statues, the Artillery Museum and a police museum, and a castle overlooks the regional lake of Geneva, and this castle has a rich military history, and it is square in shape and has four towers, and one of these towers is larger than others and is the main tower of the castle.

The picturesque nature of Morse 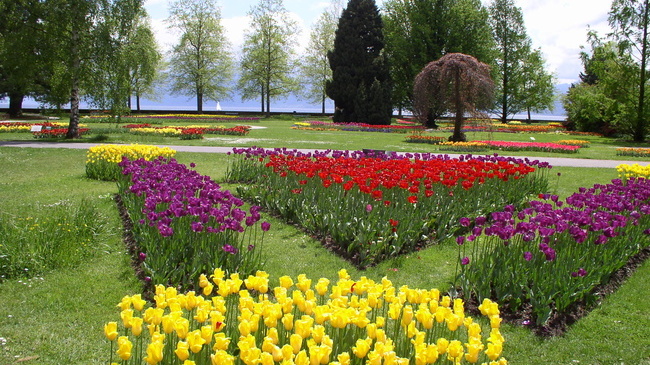 When you visit the Swiss city of Morse, you should not miss out on opportunities to enjoy the beauty of nature in the Morse countryside, and the train can be taken from the city to the countryside, and enjoy exploring this countryside on foot or by bike, and there are many walking paths that pass Among the vineyards and forests scattered throughout the region, the popular amusement park is also located on the hill of Signal de Bougie, which is located above the vineyards of Mont-sur. 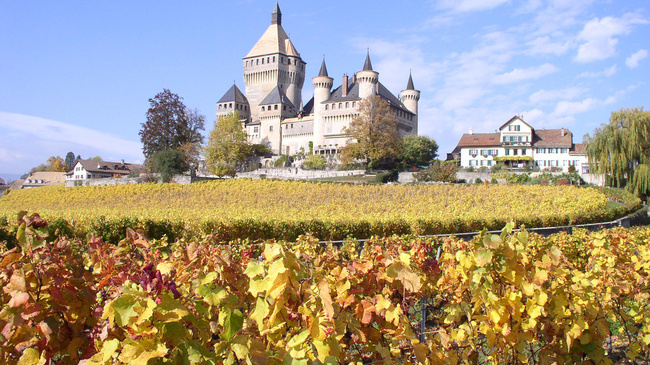 Alexis Forel Museum, which is located in a historic building in the town, which includes a huge collection of dolls and toys in addition to a collection of furniture that dates back to the period between the sixteenth and nineteenth centuries, and it is a wonderful place worth visiting.
Padiroski Museum: It is a museum dedicated to the musical heritage of the Polish statesman and well-known pianist Ignace Jan Padiroski. This museum contains the furniture of the great artist’s house and some of his valuable holdings. 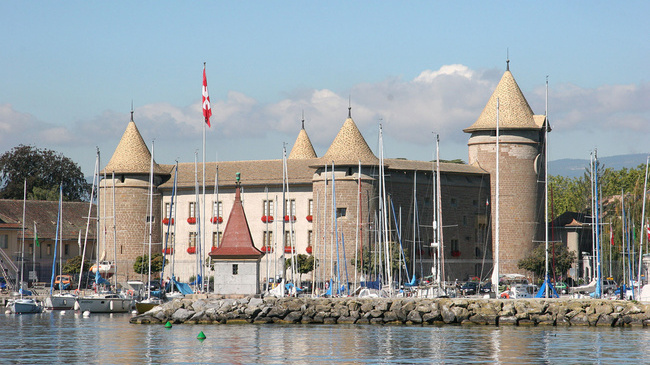 The tulip festival is held in Morse once a year, as this festival is the beginning of the spring, and 150 thousand tulips are planted annually in the Independence Park in Morse, and it is a free festival open to all, and the festival is held specifically in early April to In the middle of May, in this park there are the oldest trees that date back to the eighteenth century and are chestnut trees, and the park overlooks Lake Geneva, and the Independence Park was named by this name in reference to the centenary celebrations that were held in 1898 AD, to celebrate the end of the rule Byrne in Vaud.