The country of Malaysia is famous for its tourist islands with stunning beaches, tropical rain forests and amazing cultural heritage, in addition to that there are a large number of these islands that are famous for being a popular destination for diving and snorkelling.

Here are the most beautiful tourist islands in Malaysia:

The Farterin Islands or Farhan Kapulawan, is also one of the popular vacation destinations in Malaysia, it is located off the coast of northeastern Malaysia. The Farterin Islands group is a group of islands that includes two main islands, Farasan Besar (known as the Greater Farterin) and Farterin Kessel (known as Ferthain Al Soghira), in addition to several other small islands, Ferthain Islands are famous for being home to some of the most beautiful beaches and diving sites in Malaysia.

The Malaysian Tioman Island is one of the most beautiful islands in the world, and it served as a stunning shooting background for the movie “South Pacific” for the year 1958, and although it is also one of the most modern and developed Malaysian islands, it still retains much of its natural beauty and its amazing diversity.

Radagh Island (known to the locals as Pulau Radagh) is one of the largest islands off the eastern coast of Malaysia, and is famous for its white sandy beaches and clear blue waters, surrounded by large pools of water reefs, and is also home to different types of aquatic species that include fish Colorful clown, little sharks and jellyfish.

Pangkor Island, whose name means “beautiful island” in Malay, is an ideal tourist destination to relax away from the noise and crowds. Coral Bay, Pangkor Island is also known as the home of many other tourist attractions such as the Chinese Fu Lin Kung Temple, Kali Aman Temple and the ruined remains of a famous historic Dutch castle known as Tiger Rock.

A Malaysian island occupies a distinguished historical place in Malaysia due to its distinguished location on the path of maritime trade, which made it described in the past as the Pearl of the East, Penang from the beautiful large islands that are famous for its rich cultural heritage and delicious world-famous cuisine, one of the most important activities that you can do during your visit to the island Penang Go on a traditional coach ride around the historic Georgetown town to see colonial buildings, luxury palaces, beautiful temples and elegant hotels. 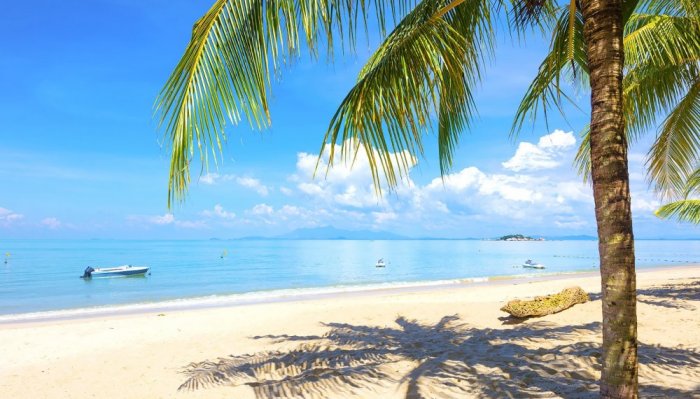 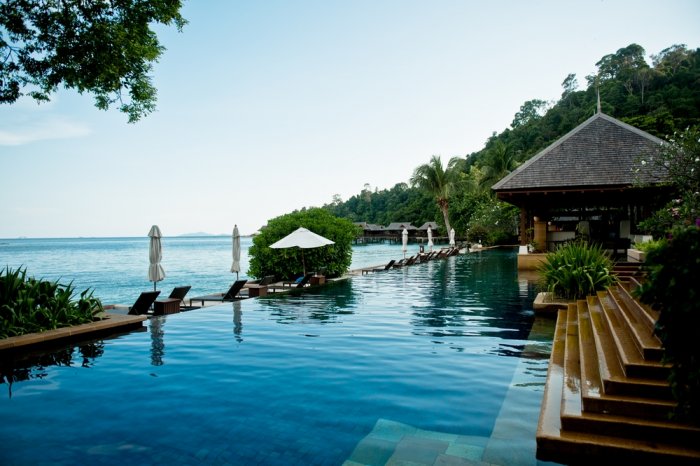 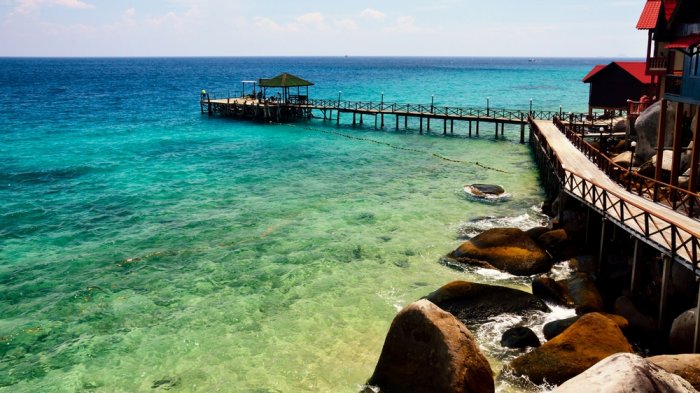 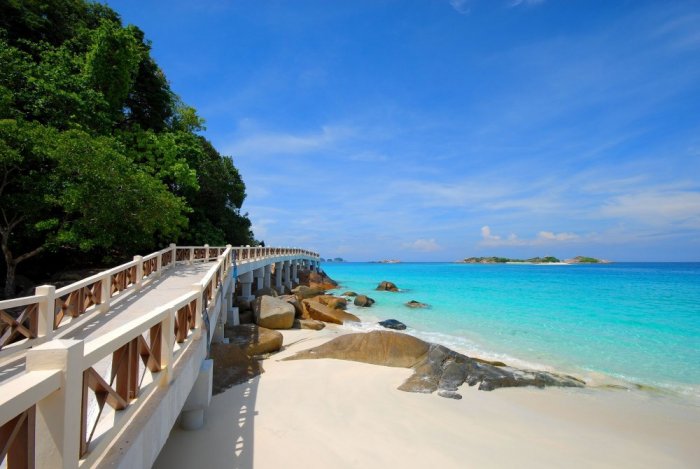 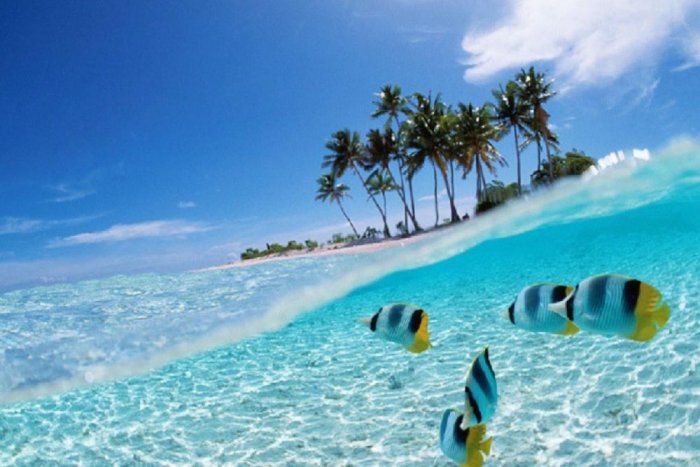 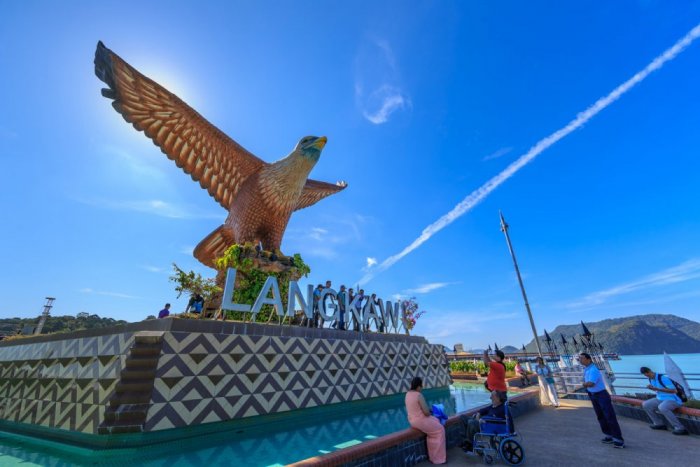 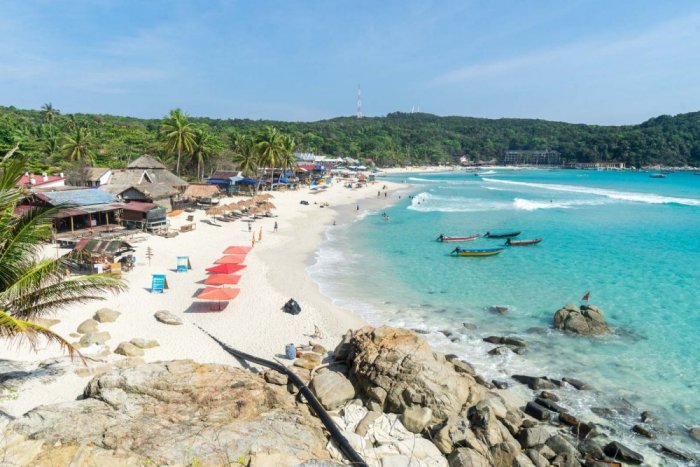 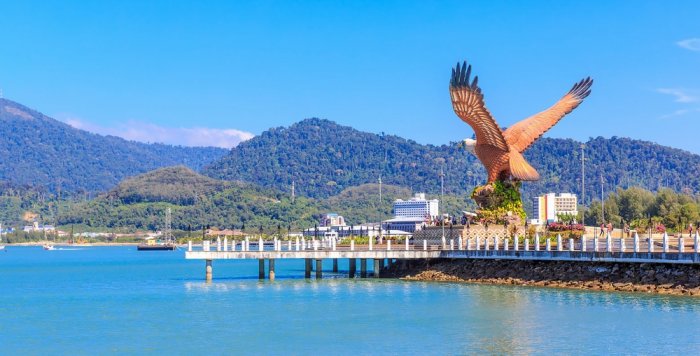 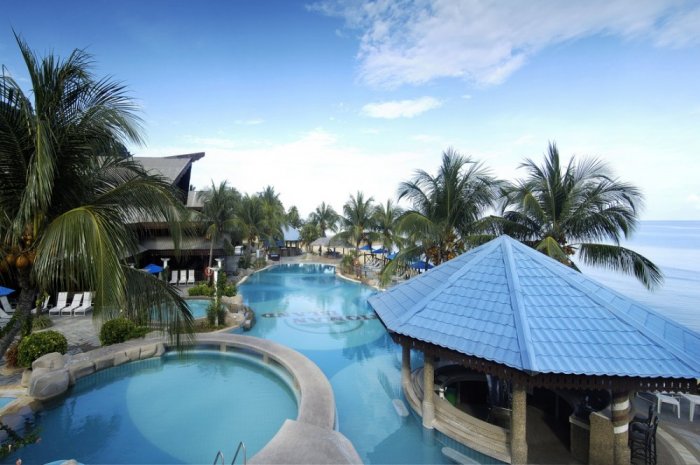 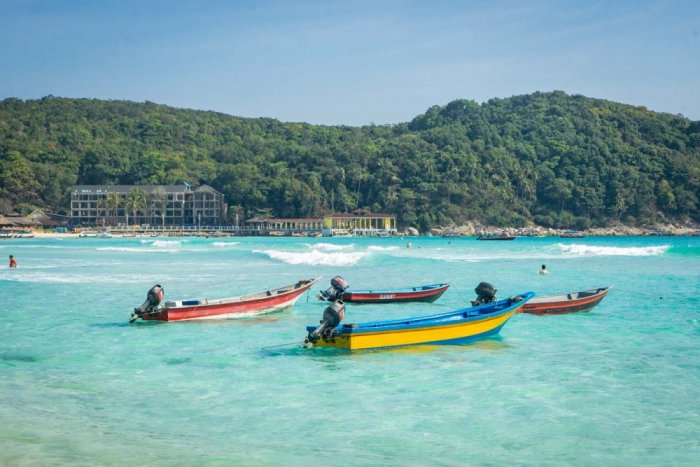 The Farhanti Islands or Farawan Kapulawan, is one of the popular holiday destinations also in Malaysia 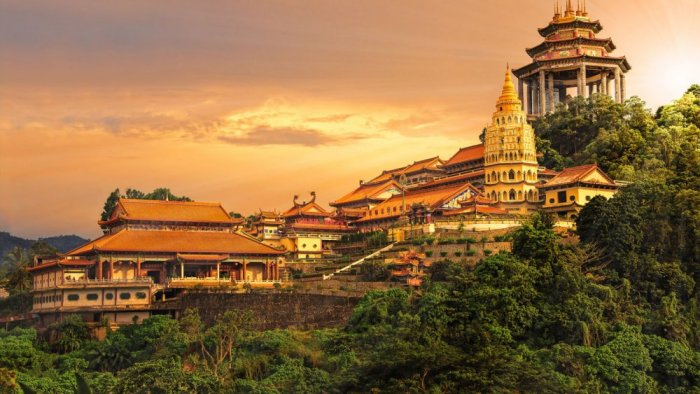 Penang is a beautiful large island, famous for its rich cultural heritage and world-famous delicacies