The most beautiful tourist destinations in Belgium

Report on the Eurostar Hotel Munich

Recommended hotels in 2019 in Munich, Germany

The best Munich hotels with recommended views for 2022

Stuttgart, the capital of the state of Baden-Wuerttemberg, Germany, is located on the edge of the river surrounded by forest hills. A fun new destination for travel and tourism enthusiasts, it combines the scent of history, the charming nature and the wonderful atmosphere. The old part of the city contains many historic houses, and as you wander around the city you find many scenic natural phenomena.

The most beautiful tourist places in Stuttgart, Germany

The state fair is considered one of the most important tourist places in Stuttgart, as it includes one of the most important art collections in Germany, and it is considered one of the most attractive museums in the country for tourists. Known for its collection of high-level drawings from the twentieth century, this is in addition to a group that reflects the art of the German Renaissance, and highlights the leaders of Germany and Italy between the fourteenth and nineteenth centuries. The museum building is also an artifact, and is divided into three buildings; two were formerly established, and the third was newly established in 2002. 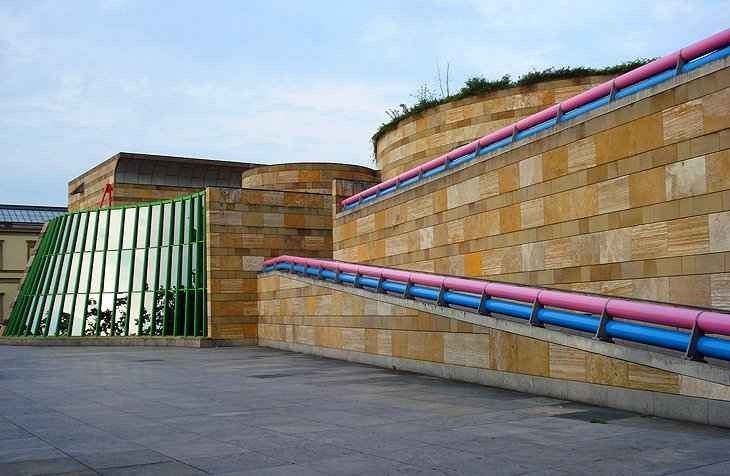 It is one of the tourist places in Stuttgart that car fans will be very impressed with. The Mercedes-Benz Museum was founded here, given the city’s close relationship with the auto industry, where Gottlieb Daimler and Wilhelm Maybach established their work here in 1887.The museum houses a hundred and sixty vehicles, highlighting the development of the auto industry throughout the ages. There is also an Interochem diesel engine plant, located next to the museum, which offers a number of tours. Next to the Porsche Museum, which includes three hundred cars have been restored. 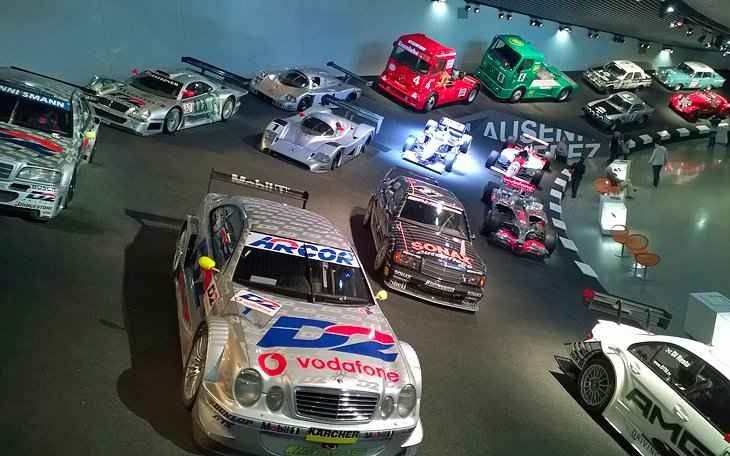 Traveling to Stuttgart is not complete without visiting Schloblatz, one of the city’s most important destinations for residents and locals as well. Surrounded by a group of old buildings, next to a charming garden adorning the place. In the northwest of this square is Koenigsbau; a destination that includes many shops, and shopping arcades. In the southwestern part, there is the Little Palace Square, which also includes a number of shops, and restaurants as well. 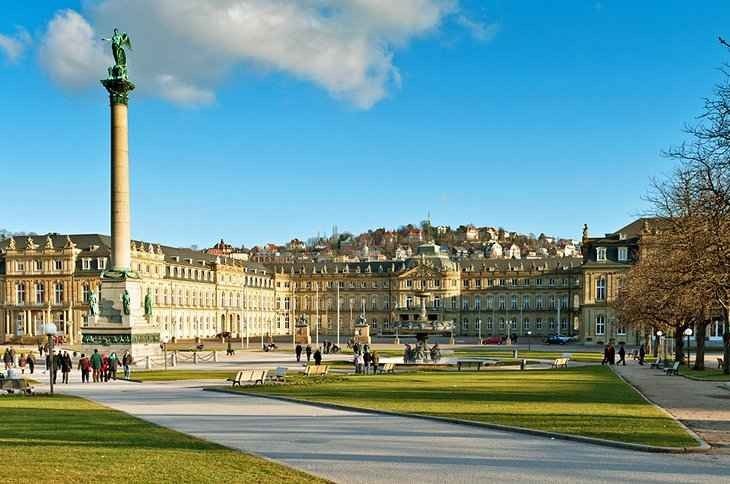 The new castle and old castle are one of the most important tourist attractions in Stuttgart. The new castle was established in the Baroque style, and it was the residence of the kings, and now it is the seat of the government. You can enjoy the amazing view of the building during your touring, the internal tours are arranged at specific times. It includes medieval art collection, musical instruments, watches and royal jewelery. 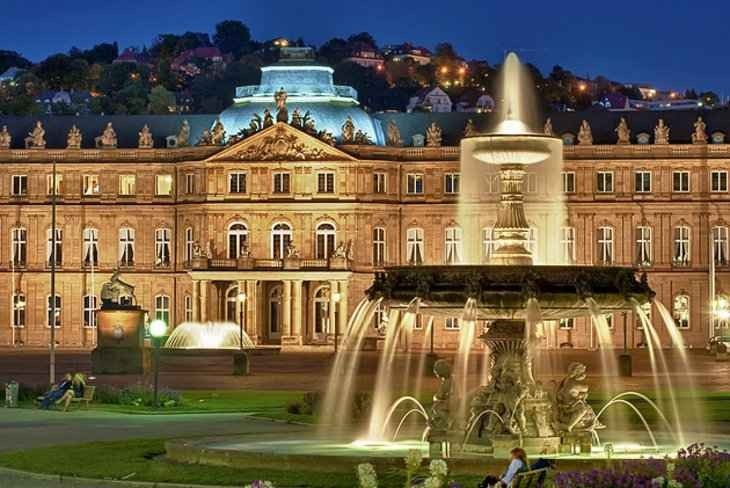 Read:Tourism in German Bamberg .. Learn about “Bamberg” the most beautiful German cities to spend a wonderful trip ..

The Burial Church is located on Württemberg Hill, in one of the most beautiful tourist spots in Stuttgart. Founded by King Wilhelm I, in memory of his wife Queen Katrina, it is known locally as Grabkapel, and is decorated with a round dome in the neoclassical style of Rome. Wandering around the church alone, one of the best things to do there is where you can enjoy this magical sight. 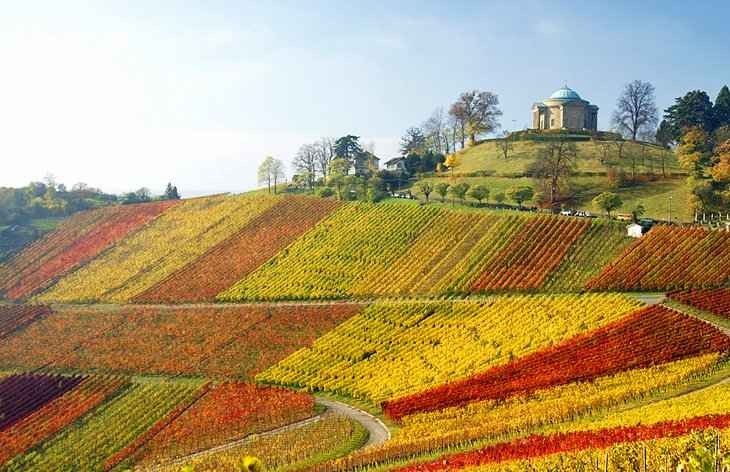 One of the most prominent tourist spots in Stuttgart includes; many greenhouse houses, and animal residences, along with a water park in view of all of this; attracts more than two million visitors each year; it includes about eight thousand animals of a thousand species, and also includes an amazing collection of plants. The monkey house is one of the main attractions in the park. 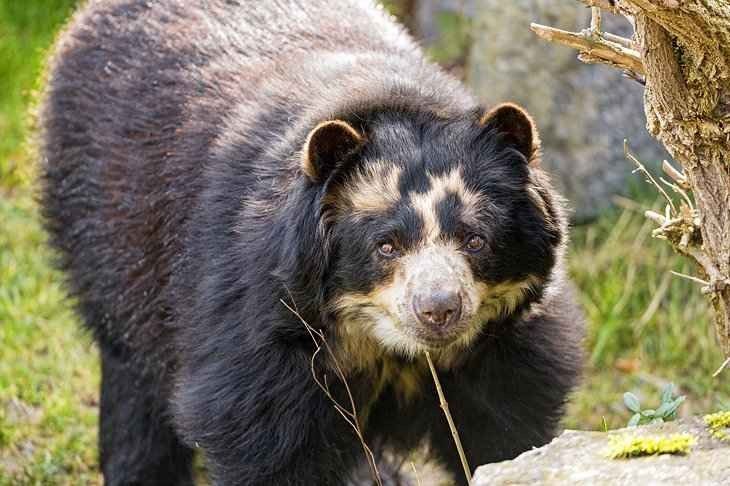 It is one mile away from the city and is considered one of the best tourist places in Stuttgart. Founded for the Duke Karl Eugene in 1763 it includes; many rooms also enjoy a charming and distinctive interior design, in the style of Rocco, and neoclassical. The wing of the palace, which includes many decorated rooms, next to the huge white domed hall is the most interesting aspect of the place. It is possible to wander inside, according to specific tours only. 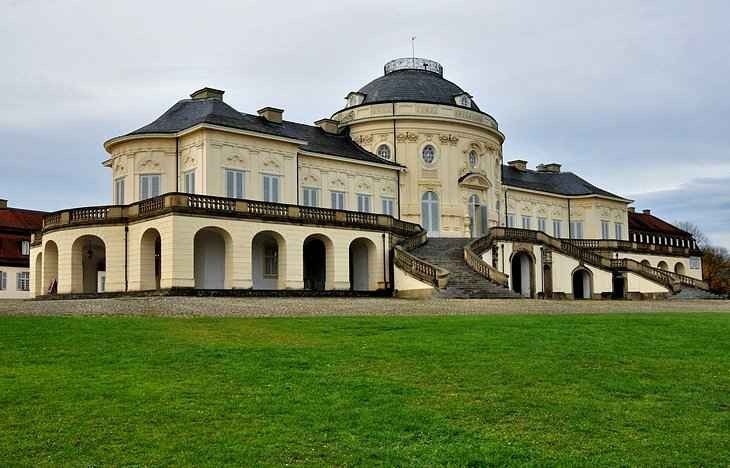 Read:Passion for travel to Lake Constance

One of the places to visit when traveling to Stuttgart. Founded in 1939 as part of a huge gardener show. The area of ​​the park reaches one hundred twenty three acres, and is used in many shows and celebrations. As for the Kelsberg Tower, it was established a period after the park, and its length reaches forty meters, and it is a watchtower that allows you to see the entire park, and the surrounding height 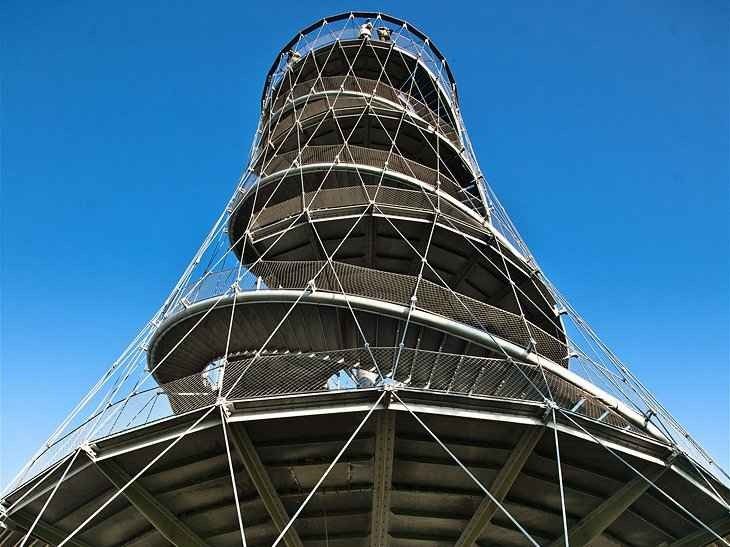 Königstrasse and the Hauptbahnhof

The visit to any city is not complete without; mixing with its people, and enjoying shopping in it. One of the most popular tourist spots in Stuttgart is Corningstrasse, which provides you with this. This is in addition to a number of cafes, dining places, and many live shows. In the middle of this important center there is a Hauptbahnhof; an important archaeological landmark is a tower that reaches a height of fifty-eight meters, and is an important part of the city’s tunnel network. 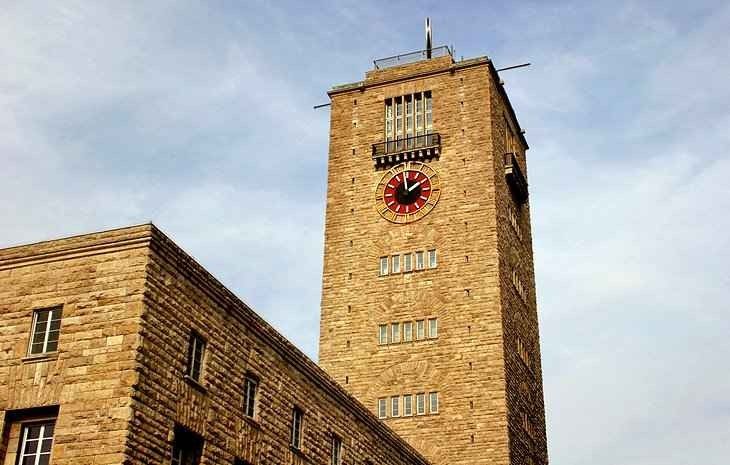 Königstrasse and the Hauptbahnhof

The collective church, one of the best tourist attractions in Stuttgart, was founded in the twelfth century, and is characterized by its tall towers. It was re-established in the fifteenth century in the Gothic style. Among the most prominent of its features is a burial vault of the seventeenth century, in addition to a group of icons of the Renaissance, dating back to the sixteenth century. 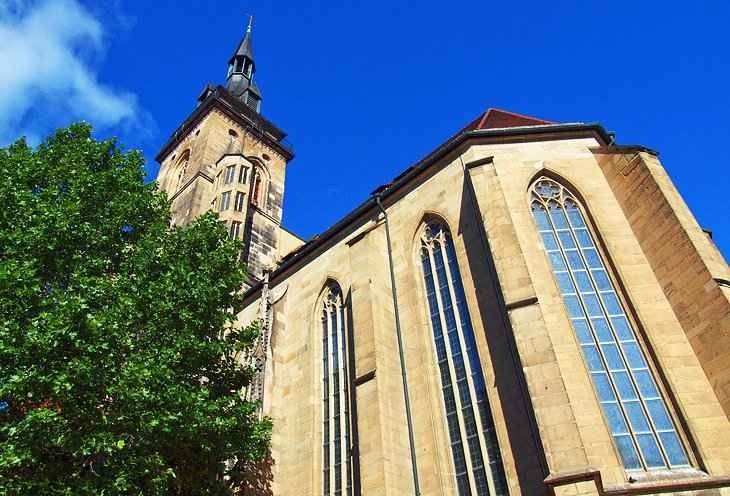 The most prominent museums of contemporary art and modern art located in the heart of the city, so it is considered one of the best tourist places in Stuttgart. Founded in 2005 with a bold design in the form of: a cubic glass from the outside, and equipped with limestone walls from the inside. Its area reaches five thousand square meters Among the most popular works are Otto Dix, Dieter Roth and Willie Baumeister. 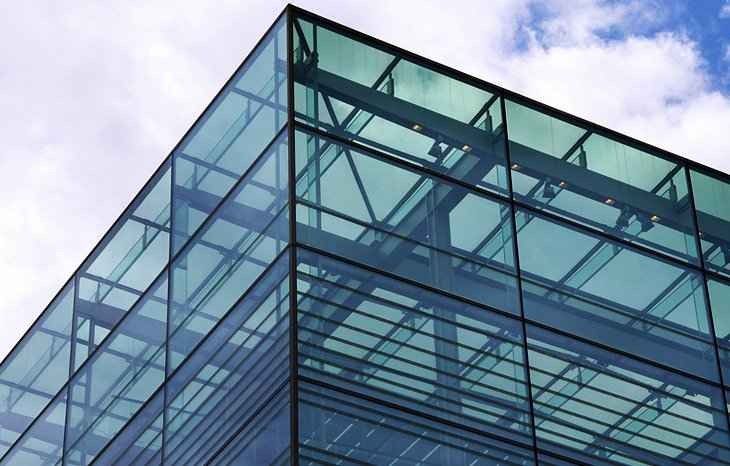 The Old Town is a popular tourist attraction in Stuttgart that you don’t like to miss. Schillerplatz, one of the most important spots in the old city, includes a statue of the poet. The historian, and philosopher Friedrich Schiller. The square also runs a weekly local market, which attracts many of the city’s residents, and tourists as well. Principe is also one of the most important landmarks of the city, which was founded in 1605. It was home to Prince Friedrich Luding, in addition to the Florchkausten Park, which was founded in 1390. 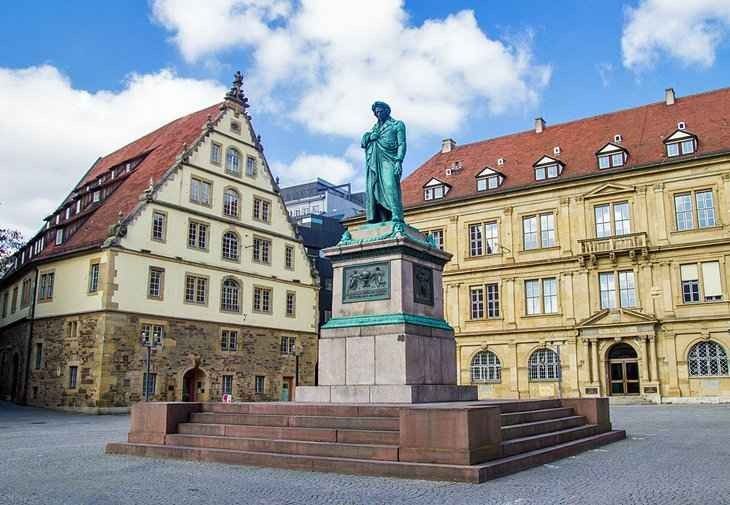 The best beaches of the world for 2022 .. Summer with a breathtaking flavor

A report on the Hilton Istanbul chain

Tourism in Haiti … and your guide to spend a unique trip with the tourist places that it has.