Spain is famous for

What is Geneva famous for?

Home ⁄ Morocco ⁄ Tourism in Tangier, how to discover the magic of the most beautiful Moroccan cities?
Share on
Facebook TwitterWhatsapp

The 3 best beaches in Tangier that we recommend to visit

The 9 best activities are in Ras El Maa, Chefchaouen

Tourism in Tangier is one of the most beautiful cities in Morocco, a wonderful view of the culture and civilization of the Mediterranean, the city located on the Strait of Gibraltar does not go far from the rest of its neighbors from European countries such as Spain and France. Tourism in Tangier is not tourism in a modern city but rather a tour of history, different ethnicities and activities Life is failing life.

What to do during tourism in Tangier

One of the best things he can do during tourism in Tangier is to leave yourself to the charm of the old city by strolling its stone streets and contemplating its antique buildings. Tangier is divided into three main suburbs: Kasbah, Medina and the new city.

Walk around the Kasbah

The Kasbah is located above the “Medina” suburb and is originally an ancient military fortress due to its elevated position from the rest of the city. The Kasbah site provides the opportunity to see a panoramic view of the ocean and the rest of the surrounding areas as it represents a wonderful platform for taking memorial photos. And antiques that can be visited. Read also: Popular markets in Casablanca

Read:Top 5 activities when visiting the old Medina of Fez

Tourist places within the Kasbah

One of the ancient royal palaces in Tangier dating back to the seventeenth century AD. The palace has been transformed from the residence of the sultans over the various ages into a museum that includes many monuments, some dating back to the Stone Age in addition to everything related to the city of Tangier, its history, art and events. 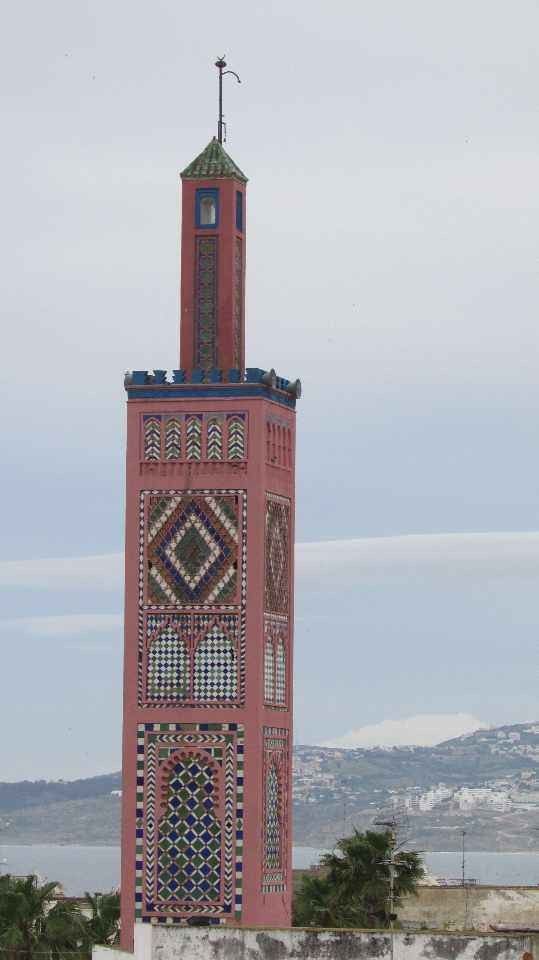 Visiting the Great Mosque is one of the most important tourist attractions in Tangier, as the ancient mosque roughly summarizes the history and civilization of the city. In the fifth century AD, the mosque was a Romen temple, but after the Portuguese occuAl Bahahn of the city it turned into a Christian cathedral, then it turned into a mosque in the eighth century AD. It made it a clear example of the history and civilization of the city, as well as the diversity and diversity of architectural cultures in and around the building.

The tombs of the Phoenicians

To the west of the Kasbah and at the top of a cliff cliff are the ancient Phoenician tombs, one of the oldest archaeological sites in Tangier. The tombs take a rectangular shape carved into the rocks and are believed to have housed the remains of the sons of the great Phoenician civilization. See the beaches of Spain. 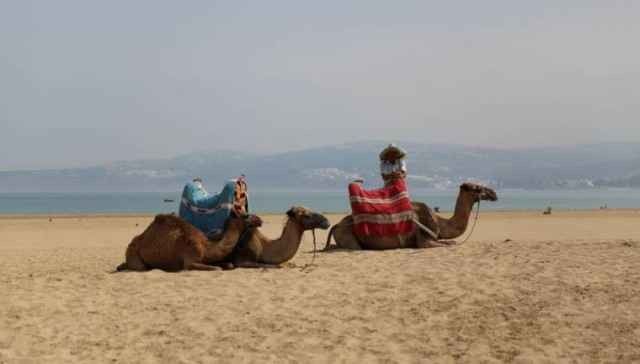 The site of Tangier on the Mediterranean helped the city to have a share of the most beautiful beaches in Morocco. Ashkar beach is one of the most favorite places for visitors when tourism in Tangier because of its charming nature and various activities. Read also: The best tourist destinations in Morocco The beach is located on After only 20 kilometers from the city, many water sports, snorkeling or camel rides can be practiced on its beaches. One of the places that is recommended to visit on the beach is the “Hercules” Cave, which is located at a depth of 30 kilometers in the ground and whose façade is taken as an African continent. 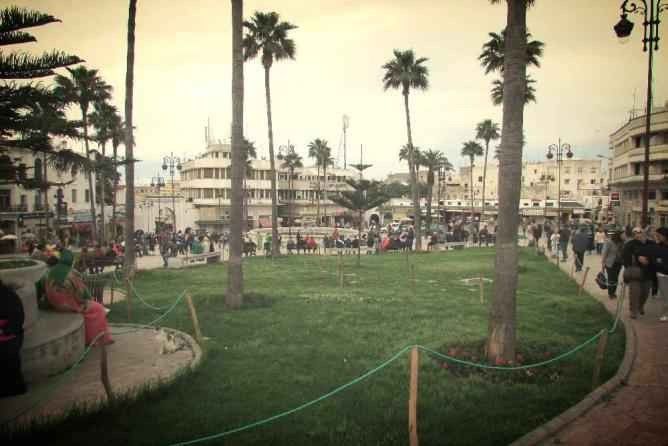 Once again, and not last, the place plays the role of the hero in visiting Tangier, so here in the big market, you can see how the ancient past met the modern contemporary present. Tangier’s great market is a distinctive tour of the old mosque and modern cinema, and the cobbled streets and stones next to modern roads. You can stop A little next to the water fountain and drink a cup of fresh orange juice, one of the most famous drinks, or eat some dried nuts.

Tourism in Tangier is not limited to visiting the city, which is rich in tourist places, but it can be moved from it to another group of Moroccan tourist cities. 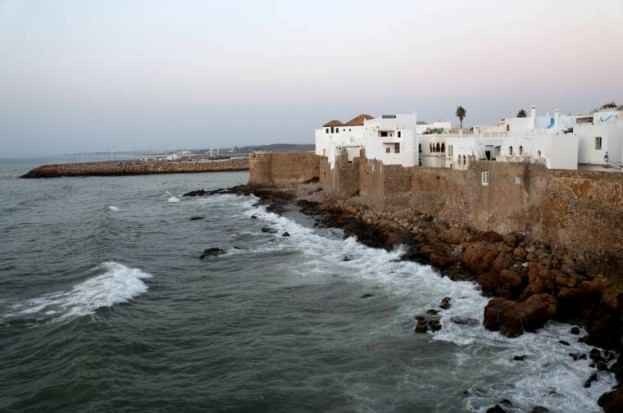 An ancient coastal city that enchants its archaeological and historical monuments in addition to the beauty of its beaches and climate. Asilah city is located 30 kilometers south of Tangier (40 minutes by car) and the best thing to do is to see the sunset scene from behind its ancient walls. 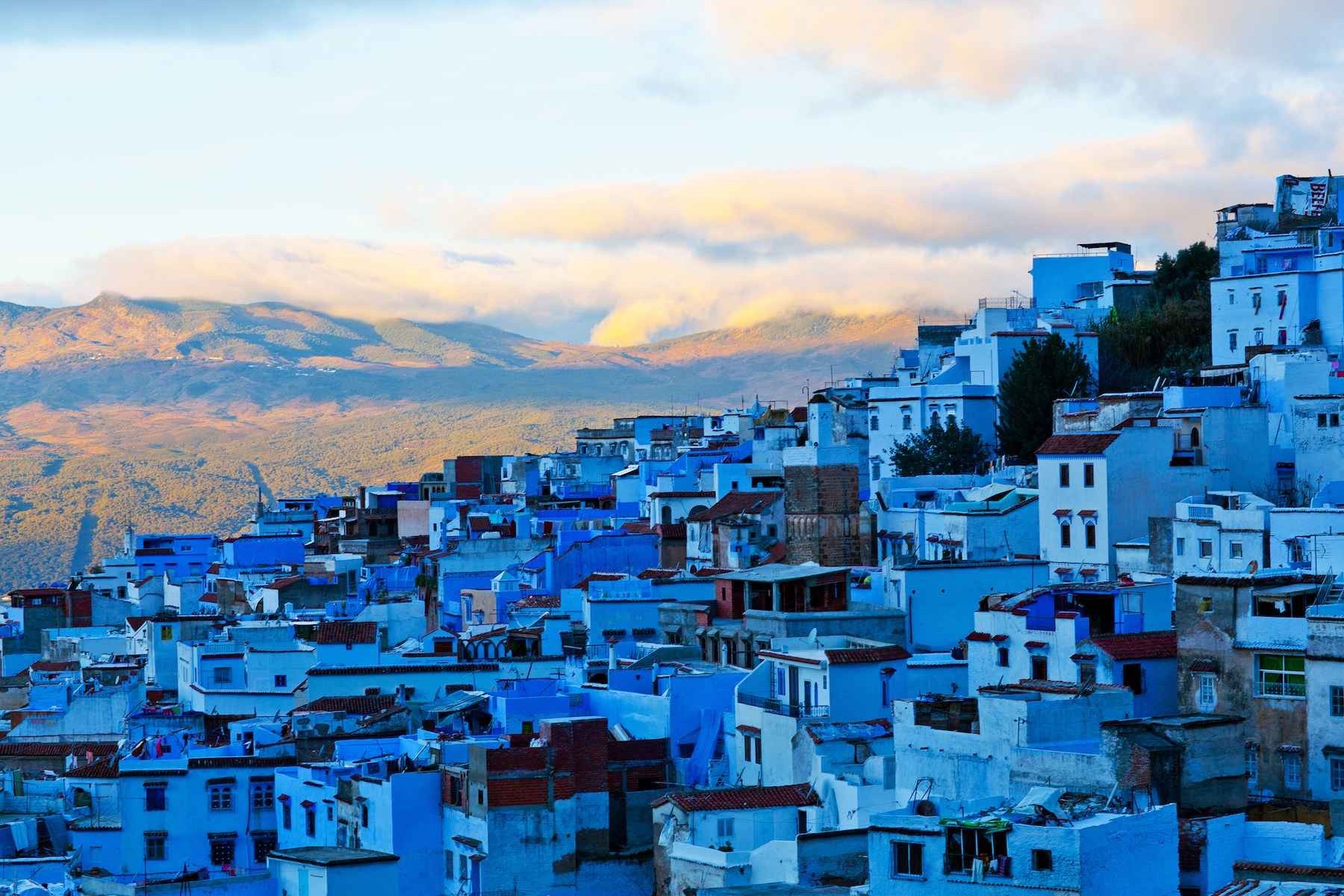 The most bluish city, the reason for its coloration due to ancient customs dating back to the fifteenth century AD. The city of “Chefchaouen” includes many mosques that are worth visiting, such as the Great Mosque that occupies the “Otta Hammam” palace. There is the “Kasbah” suburb The city center was used as a prison previously, but it has now been restored in the Andalusian style in architecture to include a museum of the city’s history and art collections.

A family trip to the Danish capital “Copenhagen”

Report on the Rotana Amman Jordan

The 6 best luxury hotels we recommend for 2022

5 of the best recommended hotels in Dubai 2022

Report on the Copthorne Hotel Sharjah

The best outlet stores in Manchester for brands