Tourism in Wuhan … the most beautiful 8 places and tourist activities

Tourism in the Chinese city of Wuhan is one of the most wonderful trips for many visitors, as the city of Wuhan has many different places and attractions, including museums, theaters, galleries and singing gardens, in addition to the beautiful hotels and delicious restaurants that fill the ancient city of Wuhan.

The most beautiful tourist attractions in Wuhan 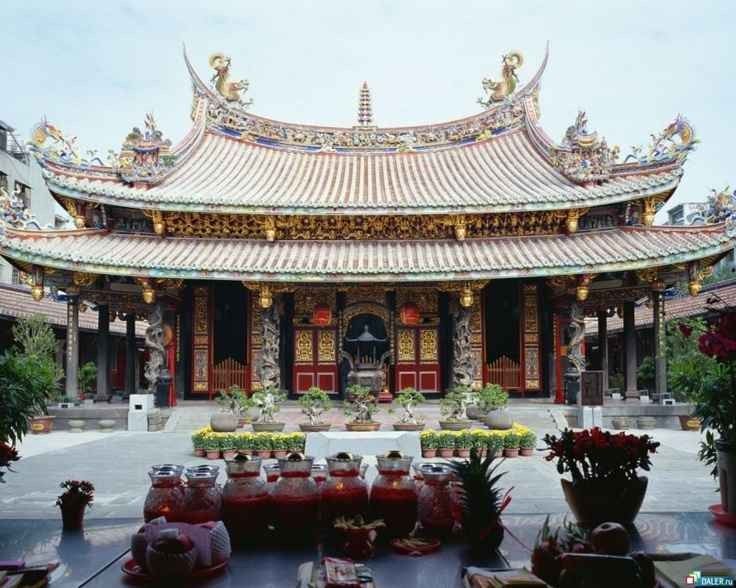 The most beautiful tourist attractions in Wuhan This temple is one of the oldest temples ever, as it was built in the year 826 AD, as it was built in the second year during the reign of the famous Tang Dynasty, and this temple is considered one of the best tourist places in Wuhan as it has many Attractive tourist attractions for many visitors, including the magnificent Jin Palace, as well as the Ragheb Bridge is a saint, in addition to that it contains a room for meditation, and this room has been designed in an amazing way, and the visitor was able to know the different cultures that passed on Wuhan and how it developed over the ages, through A collection of different expressions. Read a Also: Tourism in Shenzhen China 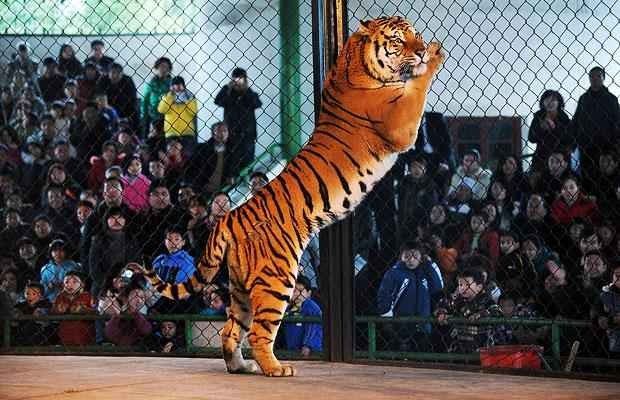 The most beautiful tourist attractions in Wuhan, this park is considered one of the largest parks of Wuhan and China, as it includes a wide range of different animals, it possesses a wide range of different animal species as well as birds, in addition to amphibians, reptiles, fish and a group of different marine creatures, which may number to More than 4000 species of different species, and the number of rare animals is estimated at about 300 species of animals, and this park occupies a large area of ​​land that may reach more than 80 hectares, and this park is one of the eight most important zoos in China. 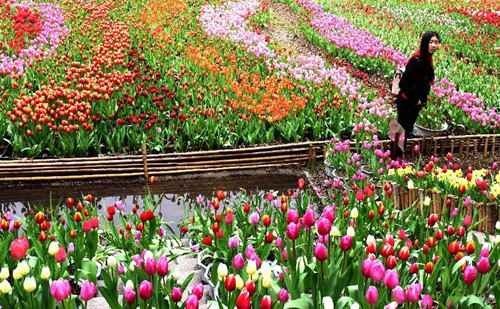 The most beautiful sights in Wuhan, the natural and botanical features of Wuhan are not only mentioned in the zoo, but also in Wuhan, a botanical garden called Wuhan Botanical Garden, and its location in the east of the city. And the fame of that garden is due to its huge and varied number of different plants, and it reaches more than 4 thousand species of plants, as it is located on a vast area. Wuhan Botanical Garden extends over an area of ​​70 hectares. The fame of that garden does not stand on the magnitude of its area and its richness with very many types of plants only, but rather it is the largest water botanical garden in China, and it contains a special section for preserving and protecting migratory animals, so it is considered a reserve for these animals in addition to being a huge garden, and this garden is famous for having On the largest supply of famous gooseberry fruit. Read also: Tourism of Hainan Island, China 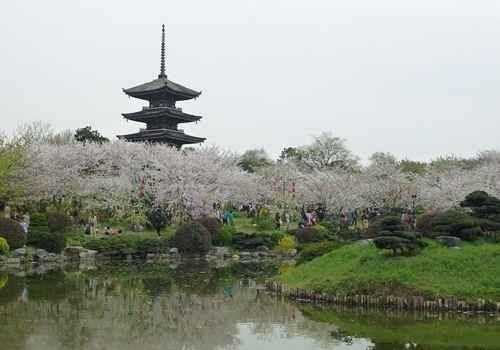 The most beautiful tourist attractions in Wuhan, the climate and the nature of the soil found in Wuhan is a key factor in its inclusion of many of the plant monuments in it, including as we mentioned the zoo as well as the Wuhan Botanical Garden located in the east of the city of Wuhan, it is also located east of the lake park, that garden built by the Council The country since nearly forty or a little less, specifically in 1982, and built this park after the founding of New China, it has been placed in the first major national tourist resorts. It is located on a very large area of ​​87 square kilometers, with six distinctive sites.

Things to do in this park:

Multiple activities can be practiced, such as cycling, observing flocks of birds, as well as horse riding, and not only limited to these activities, but the water covers more than a third of them, as the water has 33 square kilometers of its total area, which provides stunning scenes that combine the beauty of green plant nature. And a water scene in it and allow the practice of water activities inside, so this park is one of the most important tourist attractions in Wuhan. 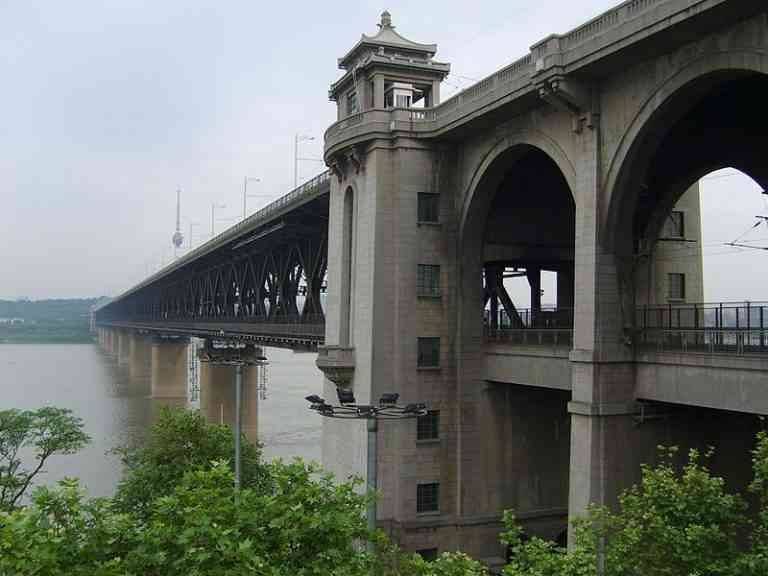 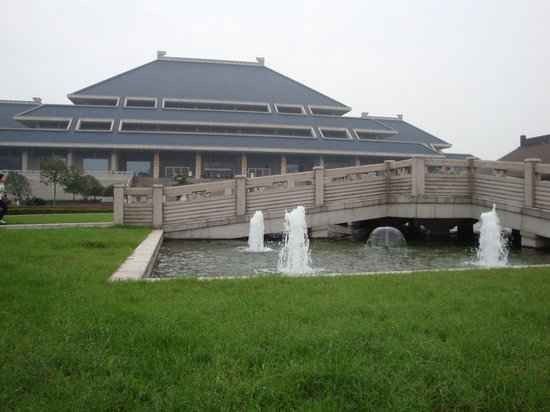 The most beautiful tourist attractions in Wuhan, Hubei Province, located in the Chinese city of Wuhan, is full of archaeological sites. The province includes a museum named after it and is located in Zhang Wuhan. This museum is one of the most famous museums in China because of its great importance in cultural and historical levels. The museum is more than seventy years old. It was built in 1954 AD, and includes in its sides a huge number of monuments in excess of two hundred thousand monuments that vary between history and culture and parts of ancient and historical tombs, so this museum is considered one of the most important places of tourism in the city of Wuhan . 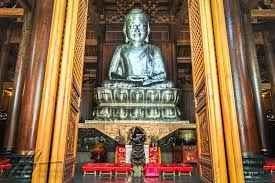 The most beautiful tourist attractions in Wuhan, Hubei Province, one of the most important provinces of Wuhan, as it contains the previously mentioned archaeological museum, it also contains a Buddhist religious museum, is one of the four largest Buddhist temples in the province called the Guiyan Temple, and the story of this temple is interesting, dating back to The time of the establishment of the People’s Republic of China, in relation to the current building of the temple, as it has undergone major changes as it has been destroyed and rebuilt several times throughout its history. The temple is made up of 28 temple halls and has a lot of distinctive and wonderful artworks, and it also consists of five courtyards, it covers a huge area in relation to being a temple where it is said to be approximately 47 meters.

The city of Mulan is located near the Chinese city of Wuhan. The city of Mulan shares the borders with the city of Wuhan, in the western part of Mulan. Wuhan shares a pond known as the Moulin Paradise. This pond is a name named after the beauty of its landscape is unfamiliar. It is considered a path of imagination, with more than 200 landscapes varying between streams, rivers, rocks, waterfalls, as well as trees and many others. The visitor of this pond, of course, guarantees an unforgettable trip in one of the existing boats that can be rented and wandered around the lake, or maybe play beach games, relax and enjoy the scenic nature and very distinctive, and is considered one of the most beautiful tourist attractions in Wuhan.