Tourist places in Amsterdam, the capital of the Netherlands … the most popular destination in Europe

The tourist places in Amsterdam are very special and you will never tire of visiting them, as you will live a different and unique experience.
Amsterdam has more than 40 museums with many theaters and entertainment venues as it is the country’s leading cultural center;
The city is also famous for its historic houses, which were built in the style of concentric sectors in the form of a fan.
Here are its most important attractions and famous tourist places.

This museum is one of the most important tourist places in Amsterdam and the most important attractions of the city, it is the most important art warehouse in Europe.
The museum was founded in 1809 to host a huge collection of rare art and antiquities in the country and the museum currently houses up to seven million artworks, including more than 5,000 important paintings spread over 250 rooms.
The museum is also proud of more than 35,000 books and manuscripts, and it is worth noting the traditional handicraft collections and impressive medieval sculptures in it.
A variety of guided tours are available in English, so that tourists can learn about all the museum's attractions. 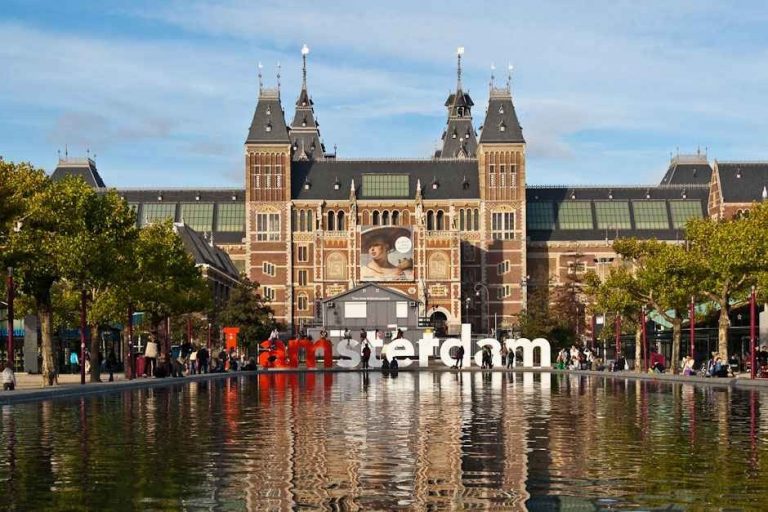 Read also: Best European economic airlines and how to deal with them

This museum is dedicated to showing the very short life of one of the most famous victims of the Holocaust in the world, it is the actual house in which the Anne Frank family hid for a long time during the Second World War.
This family was Jewish refugees from Frankfurt, Germany during the reign of Hitler and the Holocaust.
The museum houses the Anne Frank diaries, which later became the world's best-selling book after the war and a few years after her death, she died just two months before the war ended.
Much of the house has been preserved as it was during Anne's time and serves as an impressive monument for a tragic period of history.

Only a few artists completely captured the imagination and minds of people in the nineteenth century, including Vincent Van Gogh as his amazing works were inspired by his tragic life and his wonderful talent.
Up to half a million people go to the museum every year;
On a larger scale, the Van Gogh Museum is one of the most important art galleries in the world and is the second most visited museum in the Netherlands.
The museum houses the world's largest collection of Van Gogh paintings, including more than 200 paintings and 500 drawings,
In addition to the 700 letters from Van Gogh are included in the group,
As well as many works and related materials from his contemporaries. 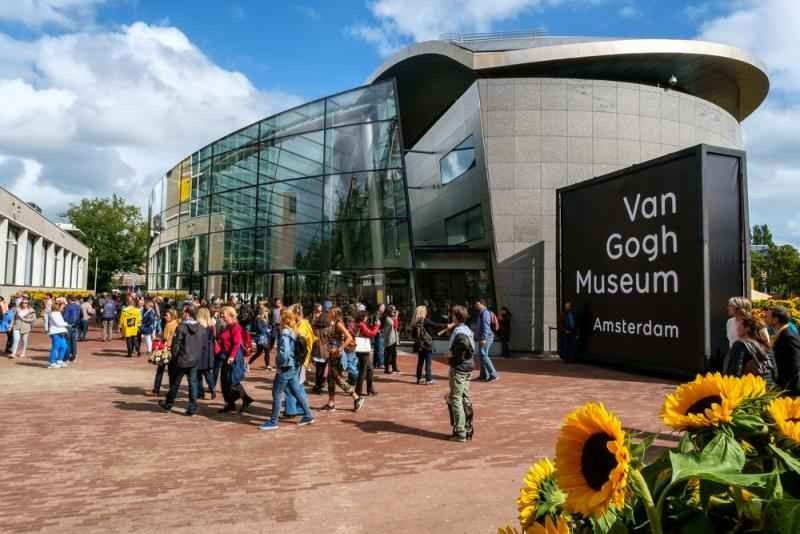 This church famous for the site of the wedding of the former queen Beatrix in 1966 is one of the most important tourist places in Amsterdam and is the most popular church in the city.
Its construction was completed in 1630 and it dates back to the Renaissance and is unusual due to the many features of the internal and external Gothic and its 85-meter tall tower which is the highest tower in the city.
On the edge of the tower there is a large copy of the emperor's crown and it was placed there in memory of Emperor Maximilian of Austria who in 1489 cured the disease in Amsterdam and gave the city his full protection.
The church contains 48 bells, the largest of which weighs about three and a quarter tons. 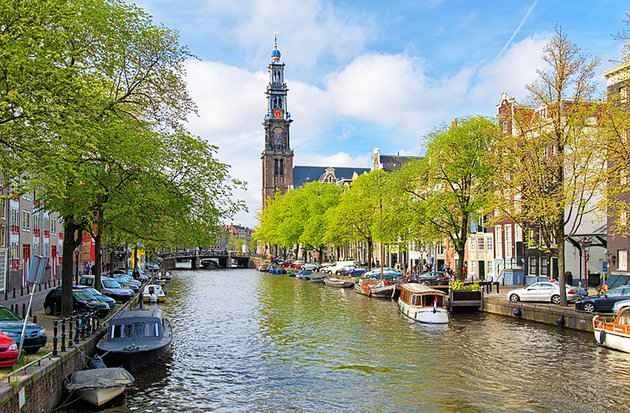 The royal palace was previously located in the municipality building and it is the king's residence when he is in the city.
Building the palace was a huge task when it started in 1648.
The mansion on the outside is completely classic, while the interior is exquisitely designed and furnished.
It is decorated with a wealth of inscriptions, motifs, and marble sculptures alongside Haneb with ceiling paintings by artists Ferdinand Paul and Gouvert Flynn,
In addition, it includes one of the finest furniture collections in the world.
The palace houses marble stoves and paintings by Cornelius Holstein and the world's greatest artists.
As for the largest and most important room in the Majlis Hall decorated very luxuriously, this palace is one of the most beautiful places in all of Europe.
Inside are guided tours in English. 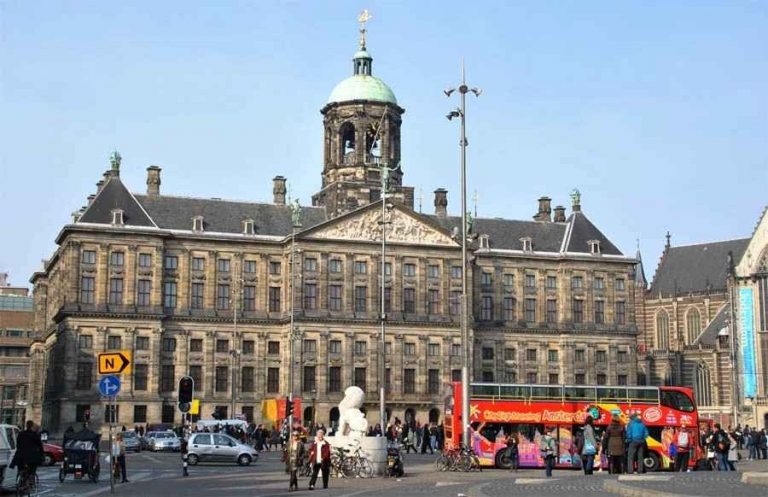 The Maritime Museum is considered one of the most important tourist places in Amsterdam for children and families, especially after its recent refurbishment. 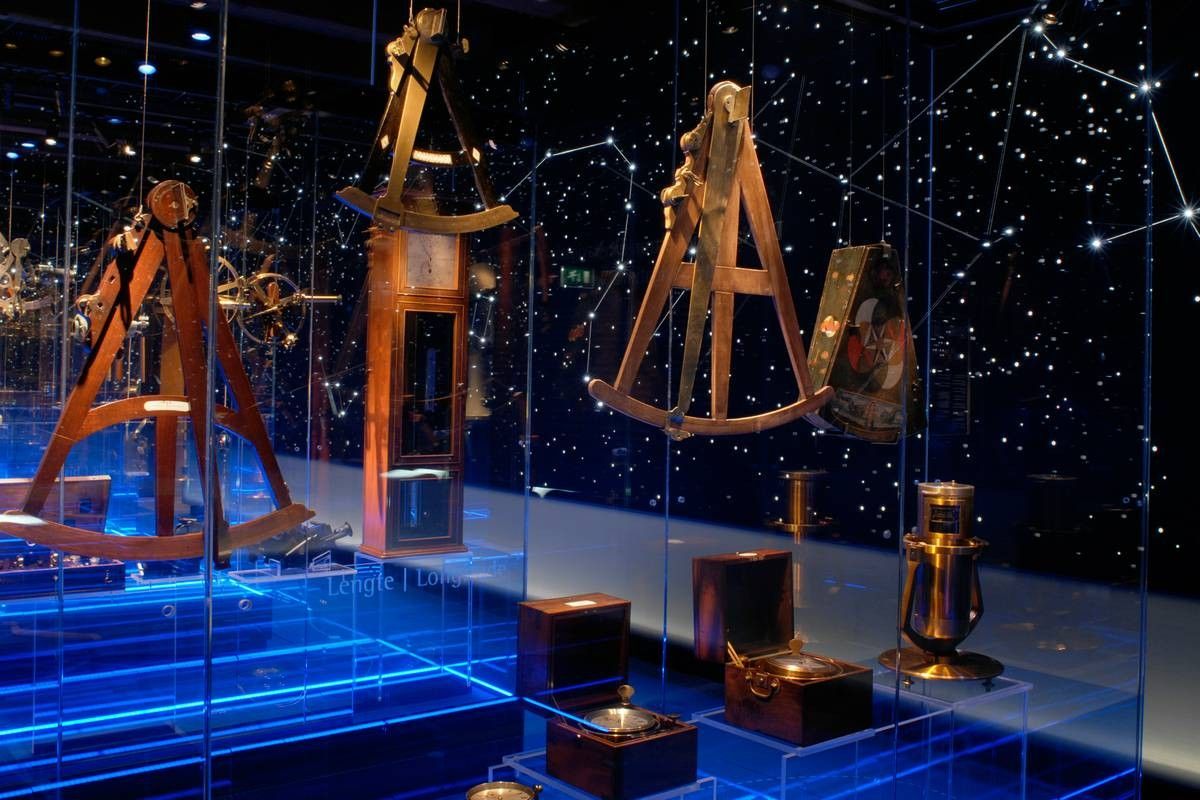 The museum also includes many pictures, paintings, ancient maps, and several models and designs for the most famous ships. The museum helps greatly to understand the history of the Netherlands and how it was a people with a special relationship with cruises.

If you are a nature lover, Amsterdam includes some of the most beautiful natural areas in the Netherlands. The oldest house in the city. The park, located near the well-known commercial street (Kalverstraat), is easy to reach and there are many signs pointing to it. 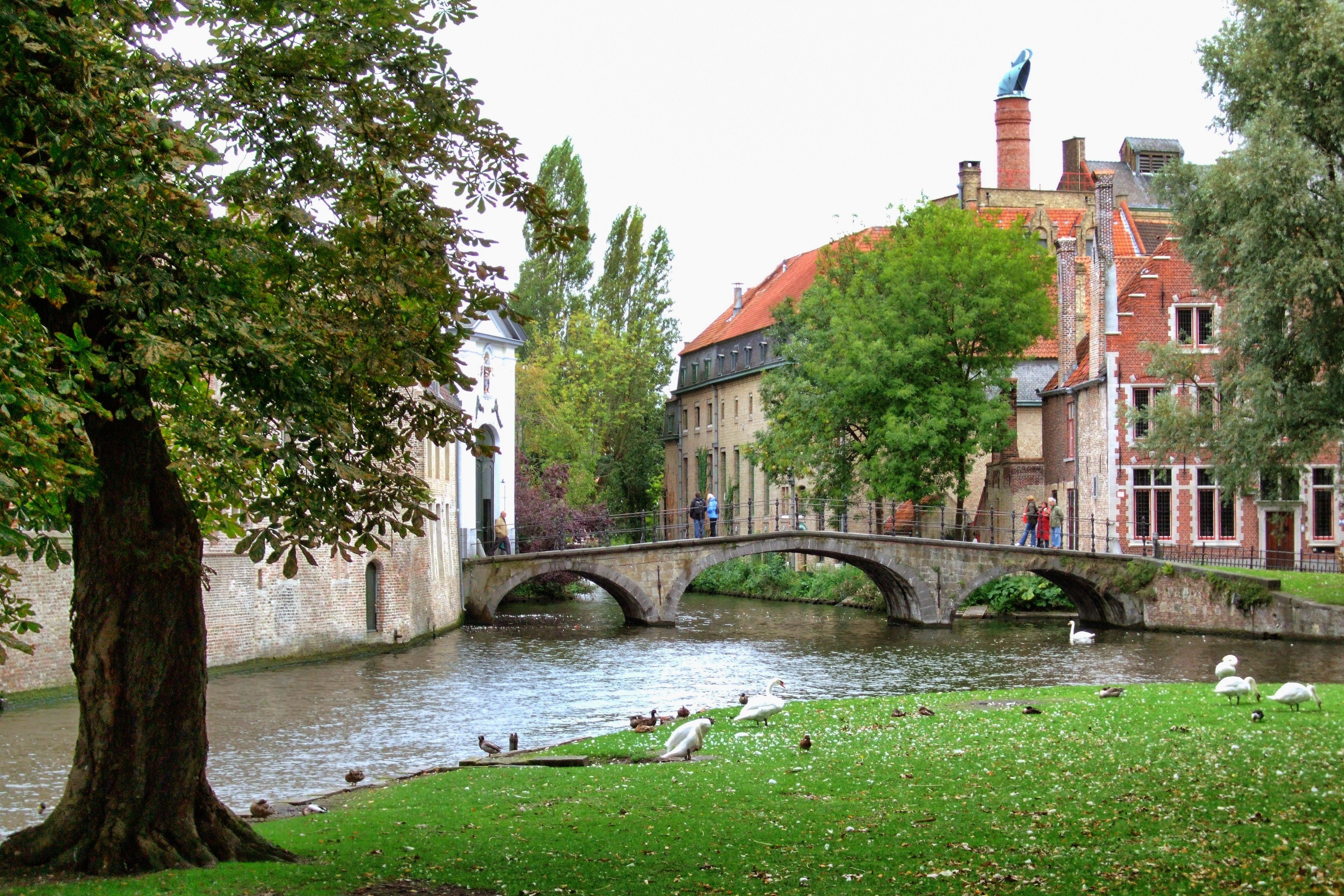 If you are a fan of visiting historical buildings, there is the Oude Kerk Church, one of the huge Protestant churches whose architectural design dates back to the Gothic era. The funny thing is that the church towers on its eight corners were used by sailors in the past to get to know the state of the sea and see the coming ships. 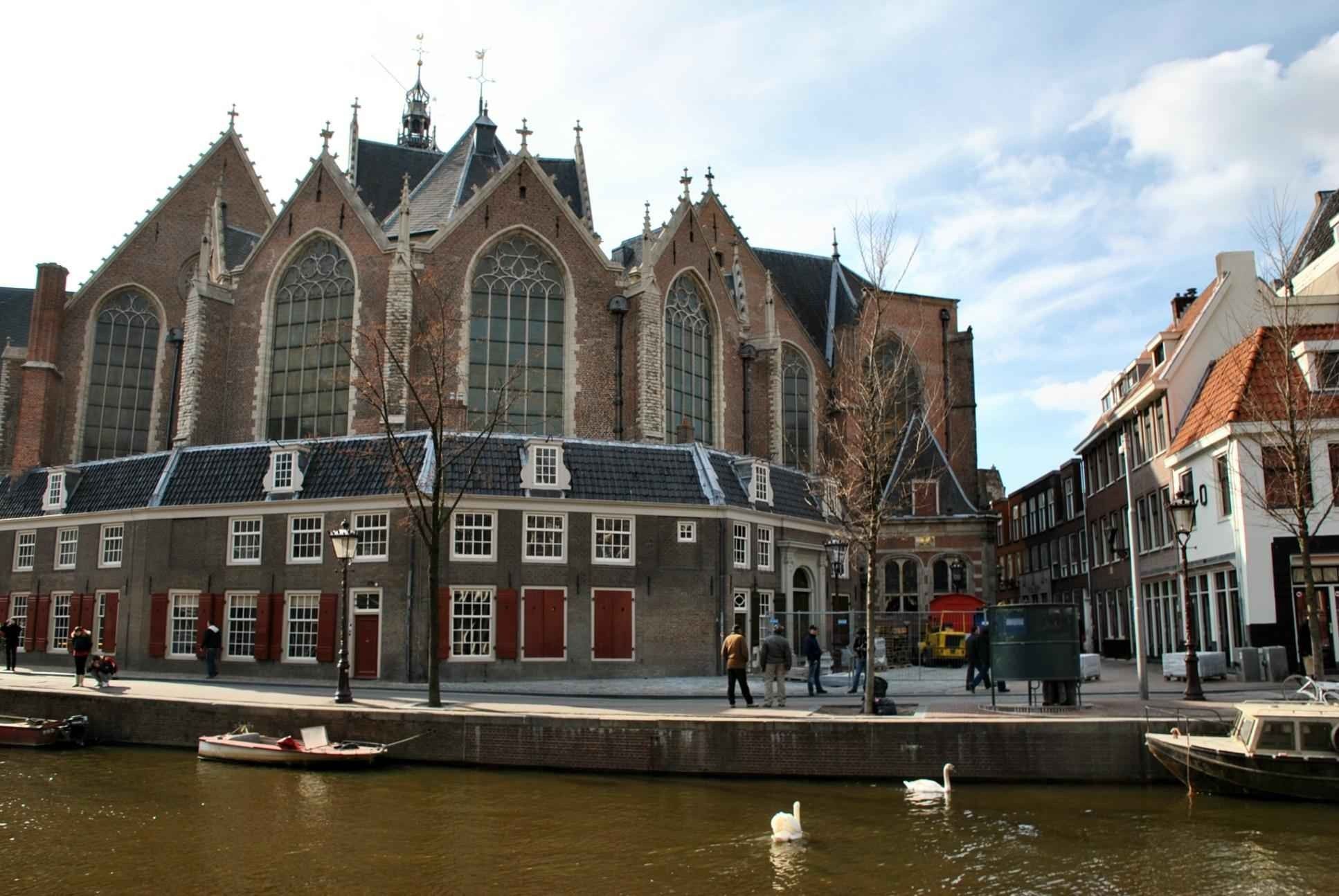 Shopping streets cannot be considered one of the most important tourist places in Amsterdam, whether it is the most famous such as (Kalverstraat) or some other street that locals and tourists who have visited the city more than once know. One of the most popular commercial streets in the city. In the region between Leidsegracht and Raadhuisstraat there are more than 200 retail shops for sale at a retail price. This group of independent stores includes almost all specialties such as fashion design salons, home appliances stores, clothes and accessories The commercial area is less crowded with Every notable for the famous places like shopping (Haarlemmerdijk) and (Utrechtsestraat) and (Czaar Peterstraat), located in the eastern region of the city. 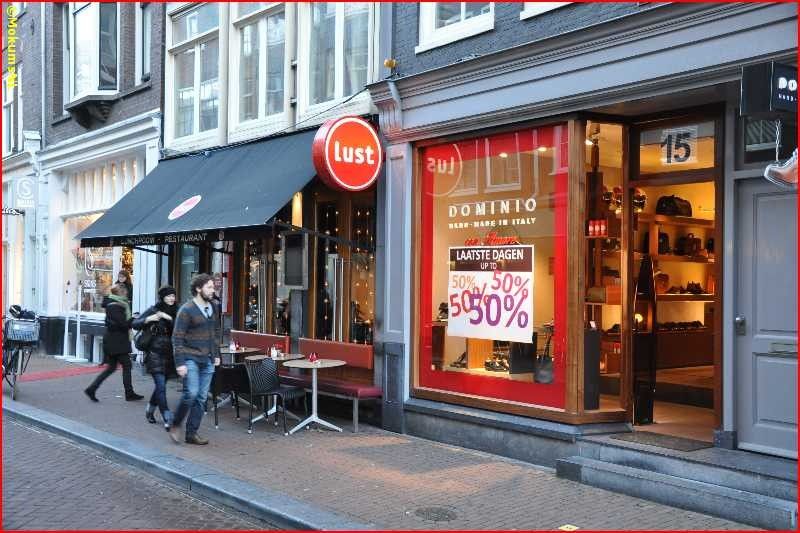 Tulips are one of the distinctive features of the Netherlands and some consider them the official flower of the country. Therefore, the visit to Amsterdam is not complete without enjoying the fragrant and beautiful scenery of the tulips during their sale. During the spring season, you can also visit one of the most famous fields of tulip cultivation in the world (Bollenstreek) which is located only 20 minutes outside the city. There are many interesting things and places of tourist places in Amsterdam that can be seen while visiting the city, there are more than 30 public parks open for freeFor visitors. 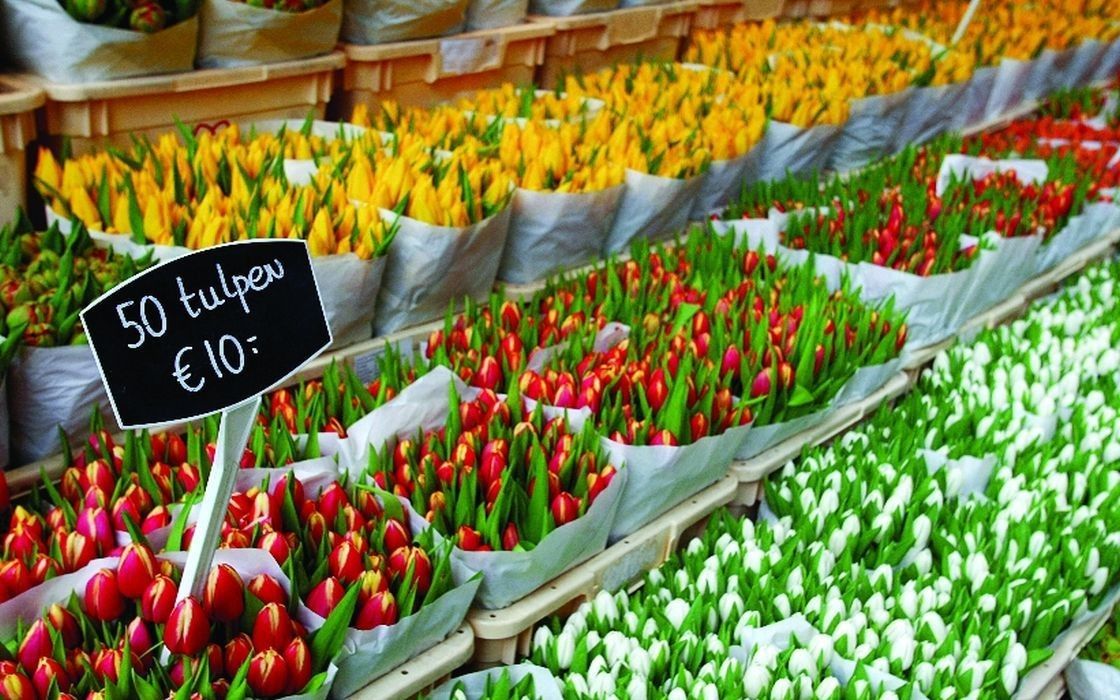 Shopping in Oslo Where to shop and how?

The most famous tourist place in Karlovy Vary, Czech Republic and its features for tourists