Aswan stretches along the banks of the Nile River where you can enjoy the enchanting atmosphere of the city, and stunning views with your loved ones. It has a long history as ancient Egypt was the gateway to all Africa, as it is one of the most important parts of the Pharaonic era. Tourist places are spread all over Aswan, especially the ancient Pharaonic monuments that emerge through temples, museums, and the breathtaking Nubian villages.

Learn about the touristic places in Aswan … where you can relax, and get to know the most ancient civilizations of the world

One of the most beautiful tourist places in Aswan, where it is decorated with charming palm trees, and the village houses of bright color built with mud bricks. It is considered one of the most important landmarks of Aswan, attracting tourists. At the end is the Museum of Aswan, and the ruins of Abu, the oldest colony in Aswan, which contains the temple of Khnum and the Temple of Satit. East of the dam is located below the ruins colony, the scale of the Nile, which was built in the Pharaonic era to know the level of the Nile River at the time of harvest. You can then head to North Aswan to enjoy the beauty and charm of the Kouti and Seo villages, which are decorated with colorful homes that exude joy and comfort. The corridors of cities are filled with shepherds and chickens, which makes you feel relaxed from the stress of city life. There is also the Kitchener Island, which is known as the Aswan Botanical Garden, where it is filled with plants from Asia and Africa. You can reach it via boats and ferries. 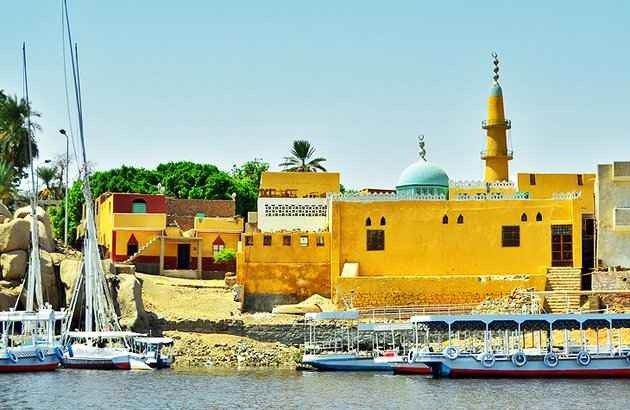 One of the most important tourist places in Aswan and Egypt, and a special place for history lovers, where you can learn about the history of ancient and modern Nubia. The museum tells the story of that civilization whose impact was erased after the construction of the High Dam and Lake Nasser. This is also next to the handicrafts of the Kingdom of Kush, i.e. ancient Nubia in addition to a number of black and white images of the UNESCO project to preserve the relics of the temples of Abu Simbel, and the elephants from Water of the High Dam. The museum’s handicrafts include the statue of Ramses II, the statue of Amirnas, the head of Shabtaka, and the head of a black granite spotted head. There is also the ethnographic section that displays a collection of exquisite Nubian handicrafts and folk art. Do not forget to visit the Fatimid cemetery, which contains a number of shrines. It is located behind the Nubian Museum, and is part of its tour.

The Temple of Elephants is considered one of the most important monuments of Upper Egypt, due to its unparalleled architecture and the important monuments it contains. It was moved from its previous place due to the water of the dam, which caused part of its destruction to the island of Agilica. The island also contains the temple of Hathor, and the Trajan kiosk next to some buildings belonging to the Roman and Byzantine periods. You can reach it by taxi. 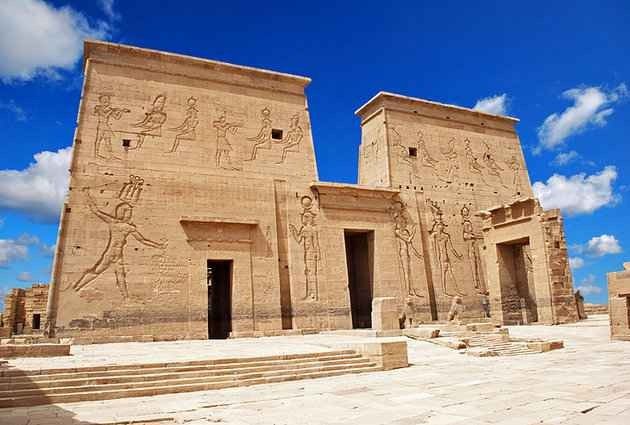 The northern quarry of Aswan is home to one of the most important and famous monuments of the region; the unfinished obelisk, which extends to forty-one meters in length and four meters in width. Much of the obelisk has been lost due to a crack in it, and it is said that if it is completed it will weigh up to a hundred thousand sixty eight tons. 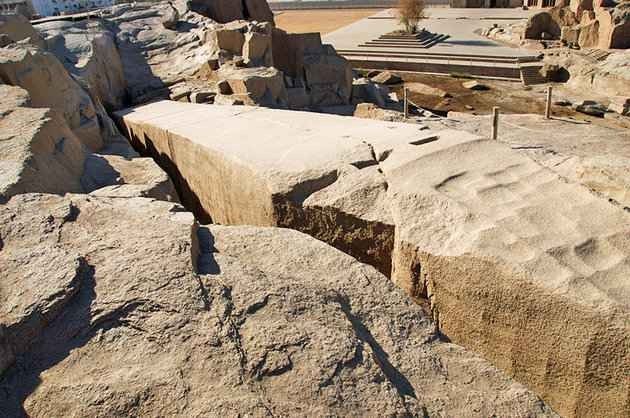 One of the most important, and the most controversial buildings in Egypt’s modern history, was established in 1960 and took eleven years to build. And consumed 42.7 million cubic meters of stone, which is seventeen times the size of the pyramid of Khufu. Its length extends to 3.7 km, and its thickness reaches nine hundred and eighty meters at the base, and forty meters at the top. The High Dam is of great importance as it is used to conserve water and generate electricity. So do not miss his visit. 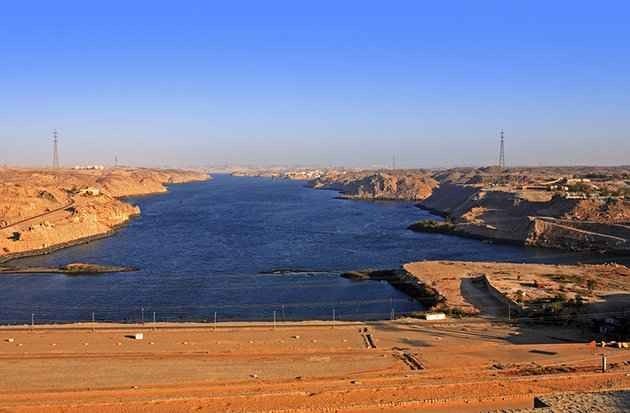 Saint Simon Monastery is located between the banks of the Nile River, and it was built in the seventh century, but it appeared recently in the thirteenth century due to a lack of water, and it is considered one of the most important Coptic monuments in Egypt. The southern part of the monastery is composed of a church, and the eastern part contains two tombs, and the middle includes a depiction of Christ Among the angels. The northern part, and the western part both contain sub-buildings and small caves. 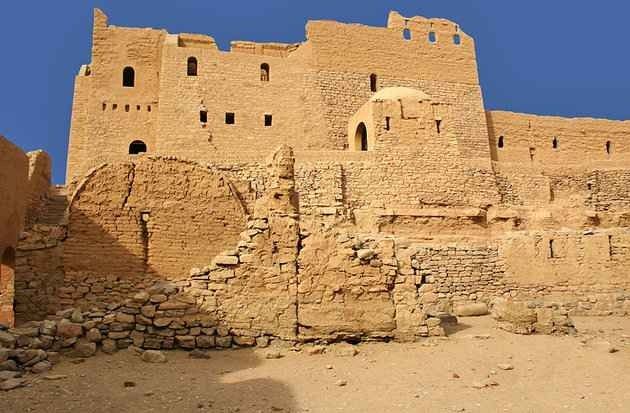 Tombs of the Nobles

A group of carved stone tombs that extend over the West Bank of the Nile River where Hakami, priests, and nobles of Elephantine Island were buried. The twenty-fifth and twenty-sixth cemeteries are the first tombs you can visit. They belong to the Sixth Dynasty of Rulers, where the rulers, Micaho, were buried, and I will build them with them. Both are simple and practical. Above on the right is the thirty-first cemetery, which belongs to Prince Sarinbot II, and is the largest, and the best of the tombs. Next comes the 43rd cemetery, which contains inscriptions recording the Nubian trade movement at this time. Finally, the Stika Cemetery, the most affected cemetery, which still retains some of the colorful drawings that highlight art during this period. 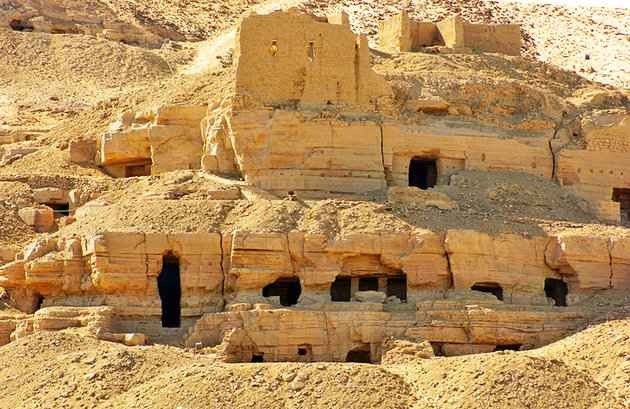 Tombs of the Nobles

One of the most important tourist places in Aswan, which is a group of temples that have been preserved from the waters of Lake Nasser, within the rescue project of UNESCO. The Temple of Kalabsha is one of the three temples that have been preserved, as it is the best, and the smallest of its age, and belongs to the Roman Emperor Augustus. The temple of the Viceroy House is located in the northwest, and was established by Ramses II, and includes a vestibule, exhibition room, and sanctuary. Finally, the Kirtasi temple, which includes the columns of Hathor at the entrance, and four columns with a floral top. 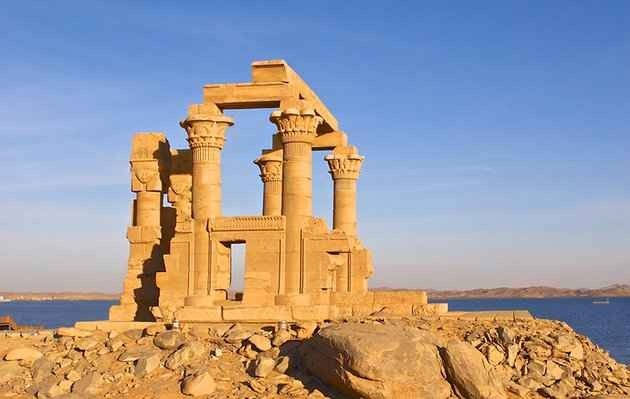 The Aga Khan Mausoleum is located on the west bank of the Nile, and was established to contain the tomb of Sultan Muhammad Shah, who was known for its important role in establishing a number of educational, medical, and educational institutions in Africa and Asia. The title was called Aga Khan, and he used to visit Aswan a lot, to enjoy the magical atmosphere and nature. Awe-inspiring. So Aswan was chosen to establish this mausoleum with it. 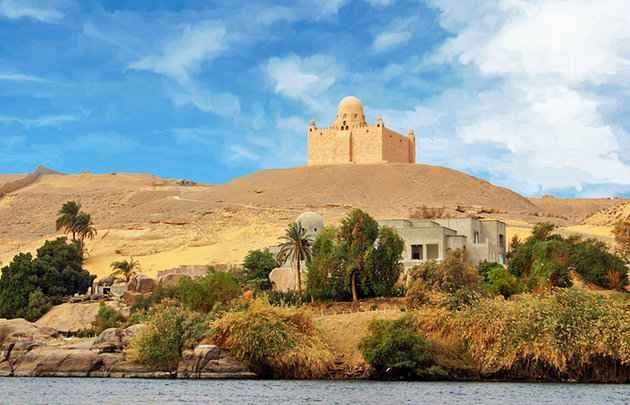 One of the most beautiful places in Aswan is surrounded by a huge garden, wide green spaces full of various types of plants, and picturesque flowers. It has a breathtaking view that overlooks the West Bank of the Nile. The hotel has gained great fame and attracts a huge number of tourists because of its beauty, and there are also allegations about the famous writer Agatha Kristi staying in it, and writing for part of the story of death on the Nile with it. 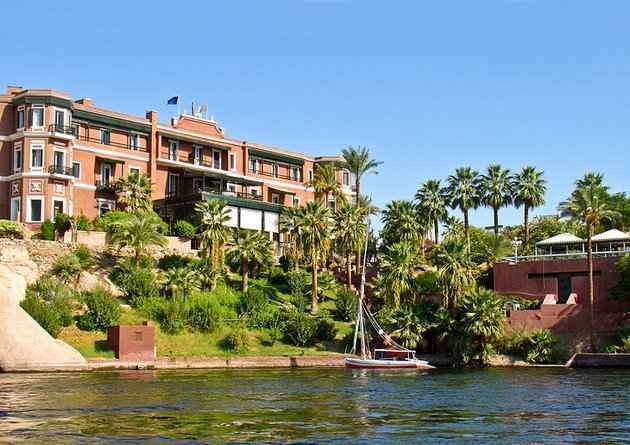 Where are the Mauritius Islands located?