Where is Jordan located and how to travel to Jordan

Jordan is one of the best destinations for tourism in Asia and the Middle East. In it, authentic Arab culture and ancient history are mixed with the stunning natural beauty that attracts tourists from all over the world.
In addition to the large role played by the diversity of tourism components in Jordan, including nature and cultural and religious monuments, climate diversity is also an important factor in increasing the number of tourists as well as the distinguished geographical location.
Among the most prominent tourist areas in Jordan is the area of ​​Jabal Al-Qalaa in the capital Amman, which includes the Roman amphitheater dating back to the second century AD and the remains of the Roman Temple of Hercules, where there is a huge hand that is likely to belong to the statue of Hercules.
In the following, we will answer the most important questions that come to us about traveling to Jordan, we will get to know you and where the Jordan is located and how it can be traveled in addition to the distances between the most important Jordanian tourist cities. 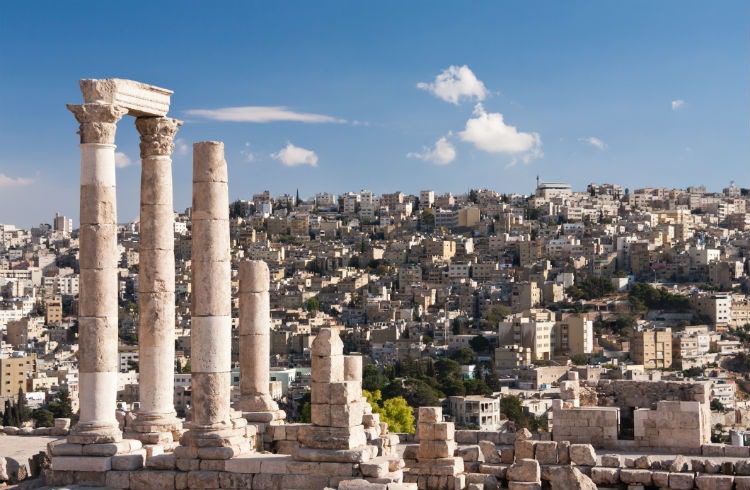 Jordan includes a large group of hotels that were able to collect thousands of positive reviews by guests who had previously stayed there, as it works to provide many high-quality services and diversified facilities at competitive prices … Read more 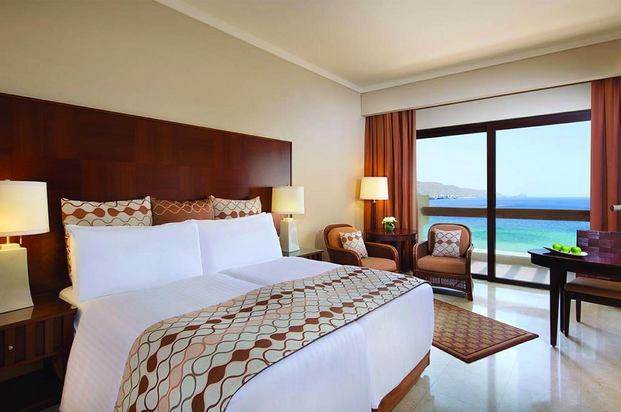 Where is Jordan located on the map:

How to travel to Jordan:

After we got to know where Jordan is, let us now know how to travel to it:
All citizens of the Gulf Cooperation Council countries and most Arab countries can travel to Jordan without obtaining an entry visa in advance, as they can obtain it from airports upon arrival.
See the embassy or consulate of the Hashemite Kingdom of Jordan in your country for more details on travel visas.

Distances between the most important Jordanian cities:

The distance between Amman and Aqaba

The shortest distance between Amman and Aqaba reaches 333 km, according to Google Maps, and that distance can be traveled in approximately four hours by car, and to know where Amman is and the distances between it and other important cities, please read this report … Read more

The distance between Irbid and Amman

The distance between Irbid and the capital Amman is 91.6 km, and that distance can be covered in an hour and 39 minutes by car … Read more

The distance between Amman and Petra

The historical city of Petra is about 233 km from Amman, and it can be traveled by car in approximately three hours and 15 minutes … Read more

The distance between Aqaba and Petra

The distance between Petra and Aqaba is approximately 126 km on the shorter road to connect them, and it is possible to travel from one destination to the other in an hour and 54 minutes by car … Read more

The distance between Irbid and Aqaba

The shortest distance between the two destinations is about 403 km, which equates to a 4 and a half hour drive by road 35, which connects them …

The distance between Amman and Karak

The distance between Amman and Karak is about 131 km on the shorter road to connect them. This distance can be covered in two hours, except for 11 minutes by car … Read more

Do you have any other questions or inquiries about where is Jordan located or how to travel to? Kindly ask your question below in the comments box and we will answer you as soon as possible. To see the best tourism cities in Jordan, you can follow the following article on our website … Read more

The 6 best parks in Tabuk that we recommend visiting

Report on the Corniche Hotel Kuwait