Rome is the city whose empire extended to all parts of Europe and Africa, and it is rich with ancient historical monuments and perhaps what distinguishes it is its geographical location near hills and rivers, a huge number of tourists flock to visit its most famous tourist attractions such as the Roman Forum and the Colosseum, so it is considered the most important tourism cities in Italia
If you are dreaming of traveling to the Vatican City, you must first know where Rome is located? And the distances between them and the most important tourist cities of Italy, especially how far Venice is from Rome and Milan is far from Rome, the two most famous cities after Rome, all of which we will get acquainted with in the coming lines. 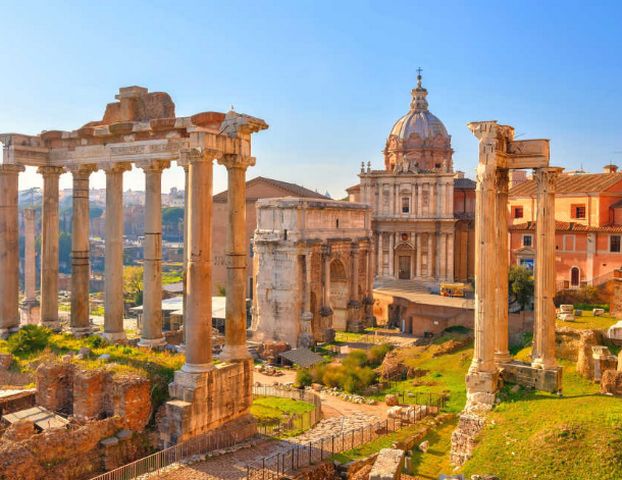 Due to the city’s natural scenery and dazzling tourism components, it has been distinguished that it includes a luxurious group of hotels and resorts that provide its guests with high-level hotel services and suit all tastes, hotels have won the approval of the guests in terms of the quality of their facilities and good handling of their employees, we will get to know the best hotels in Italy In Rome and reviews of previous Arab visitors through the following article .. Read more 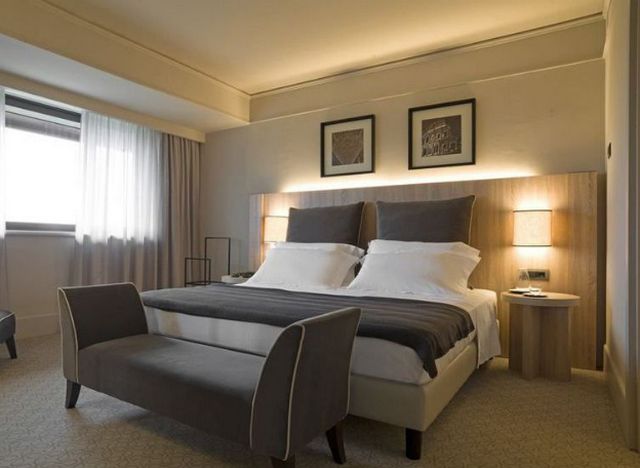 Rome’s location on the map

Rome is located in the western part of the Italian peninsula, on the borders of the Tiber in the region of Lazio and overlooking the Mediterranean Sea, it is considered the largest city in Italy in terms of population if it reaches about 2.7 million people and its total area is estimated at about 1285 square kilometers.
You can look at the following map to find out exactly where Rome is located on the map.

The distance between Rome and Venice

The distance between Rome and Venice is about 526 km, i.e. approximately 5 hours and 31 minutes by car, and the distance can be traveled by plane within an hour and 5 minutes from Venice Marcopolo Airport.

The distance between Rome and Milan

The distance between Milan and Rome is estimated at one kilometer, about 573 km, and you can travel by car to reach within 6 hours and 10 minutes, and to arrive quickly you can use the plane to arrive within an hour and ten minutes only, and the distance from Rome to Milan by train is estimated at about four hours and the map attached below shows how Rome is far from Milan

How many hours from Riyadh to Rome

The distance from Riyadh to Rome is about 4797 km, and it is possible to take off from Riyadh Airport in the Kingdom of Saudi Arabia to Rome to arrive within 5 and a half hours.

Where is the city of Rome located from Florence?

Rome is 274 km from Florence, and when you travel by car it will take three hours and 10 minutes through the fastest route shown on the map

Where is Rome located from the city of Naples

The distance between Rome, Verona

The distance between the two cities is estimated at 502 km, i.e. approximately 5 hours and 18 minutes travel by car, and the distance can be covered by flights from Verona Villafranca Airport to arrive in an hour.

Where is Rome located from Polina?

The distance between Rome and Polina is approximately 850 km, and when using your car you will arrive within nine hours and 20 minutes.

The distance between Rome and Genoa

The distance between the two cities in kilometers is about 500 km, and it is possible to travel by car to arrive in 5 hours and 30 minutes, and the distance can be traveled at the lowest time through flights from Genoa Airport to arrive in an hour and 5 minutes.

Rome contains many historical monuments and attractive landscapes, such as beaches and waterfalls that attract tourists from all over the world to enjoy the exciting recreational activities, and you can learn more details about tourism in Rome and its most famous landmarks through the following link .. Read more