The best 4 activities in the Roman Forum, Rome, Italy

The Roman Forum in Rome is an important center for monuments in the city of Rome, which is a rectangular square that was located in the heart of ancient Rome between the Palatine and Capulin Plateaux, in which popular celebrations and government elections were held, and an important center for public speeches and public trials.
It is distinguished by being the heart of economic and commercial life in Rome, and it is believed that the Roman Forum was the most famous meeting place in history, due to the many statues it contains that commemorate the ancient Roman men.

• You can see the ancient buildings of ancient Rome in the Roman Forum. The forum includes the shrines and temples of the Roman Kingdom, and the old royal palace dating back to the eighth century BC. 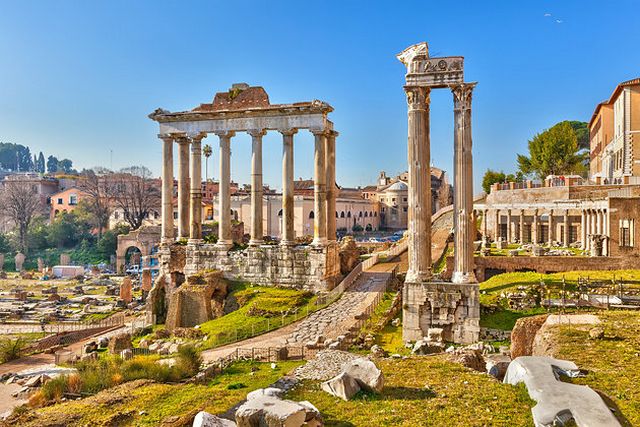 You can see the Vista temple dating back to the seventh century BC, all of which were rebuilt during the era of the Roman Empire and later turned into a seat for the official meetings of the Roman Republic “Cometium” where the Senate and democratic government meetings were held. 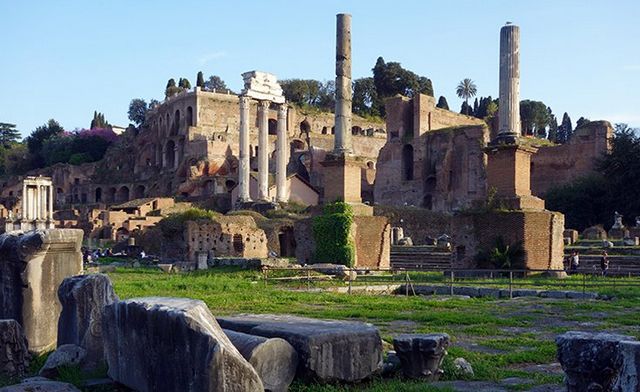 • The main view of the forum includes the Arch of Titus (Arco de Teto), the Temple of Saturn, the Vista Temple, and the Church of San Luca and Martina, all linked to the Sacra Way which is the main road to the forum. 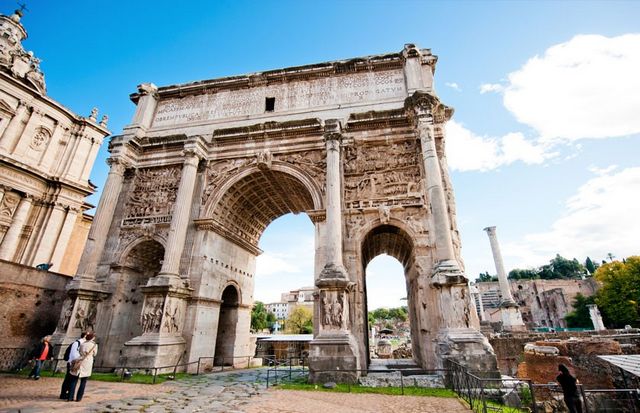 • You will have an incredible panoramic view, and you will see the remains of historical buildings and how ancient the city of Rome was. It is indeed a place worth visiting and it is near other tourist places that are worth a visit where you can take some memorial photos, whether with family or with friends.

The times of the Roman Forum visit Rome

Tickets for entry to the Roman Forum, Rome

Roma Luxus Hotel is a 5-star rating with a great rating among the best Rome hotels, as it is less than 10 minutes’ walk from the forum.
Summary of Arab visitor ratings
The hotel received great reviews for both location, view, cleanliness, staff.

Forty Seven Hotel is a 4-star hotel with a great rating among the best hotels in Rome, 2.2 km from the forum.
Summary of Arab visitor ratings
The hotel got great reviews in every way.

The site of the Roman Forum, Rome on Google Map

The best activities in the Trevi Fountain, Rome, Italy