The Museum of the Two Holy Mosques belongs to the General Presidency for the Affairs of the Grand Mosque and the Prophet’s Mosque in Makkah Al-Mukarramah. Its aim is to highlight the cultural and historical appearance of the Two Holy Mosques. The museum contains seven main halls starting from the entrance that contains old and modern magnified images and figures for the Two Holy Mosques. The second hall is the Hall of the Grand Mosque Which contains valuable examples of antique pieces and inscriptions of the Sacred Mosque, followed by the honorable Kaaba hall, which contains models for the cladding and the old door of the Kaaba, and the hand-weaving machine for the cladding industry and other collectibles.

As for photography enthusiasts, they will find great pleasure in touring the photographic hall, which contains rare photos of the Two Holy Mosques and history lovers. They will find their remains in the manuscripts hall, which include examples of the two Holy Mosques libraries and a copy of the Qur’an Othman bin Affan, may God be pleased with him, followed by the Well of Zamzam Hall which contains Frame of Zamzam well, made in the early fourteenth century AH, old inscriptions, old and modern photographs of the Zamzam well. The last hall, the Hall of the Prophet Mosque, contains examples of the Prophet’s Mosque holdings in addition to photographs.

The fortress of the Masmak is prominent in the history of the Kingdom in general and in the city of Riyadh in particular, as it represents the first start of King Abdulaziz, may God have mercy on him, to unite Saudi Arabia, and the story of building the Masmak goes back to the era of Imam Abdullah bin Faisal bin Turki bin Abdullah bin Muhammad bin Saud, who began building it in the year 1282 AH corresponding to 1865 AD within a large palace in the heart of Riyadh and this fort was part of that palace, and the designer or fisherman means the thick and tall fortified building where historians gave him several names, including the fort and the castle, and on 13 Muharram 1416 AH corresponding to 11 June 1995 AD the Custodian of the Two Holy Mosques the King Salman bin Abdulaziz, may God protect him Al-Masmak Historical Museum, which tells the story of the unification and establishment of the kingdom at the hands of King Abdulaziz, may God have mercy on him.

The Jeddah Museum belongs to the General Authority for Tourism and National Heritage in the city of Jeddah, and the purpose of its establishment is to highlight the cultural and historical appearance of the Kingdom to educate and educate the community, and the museum was held inside the Palace of King Abdulaziz bin Abdul Rahman Al Saud, may God have mercy on him, that is, in the Khuzam Palace in Jeddah, which was built in 1340 AH Corresponding to 1923 AD, when this palace was converted into a museum and opened on 10/17/1415 AH corresponding to 3/18/1995 AD, the museum contains photographic and restoration laboratories, the laboratory and the library and includes a group of specialized books in addition to some periodicals, pamphlets and the visiting exhibition hall, And Hall of pre-Islamic times and starts from the stone ages until In the pre-Islamic era, a collection of stone tools, pottery pieces, paintings of inscriptions and rock writings are displayed, in addition to texts and pictures that tell about pre-Islamic periods, and the Islamic hall that talks about the beginning of the migration of the Messenger, may God bless him and grant him peace, to Medina and the era of the Rightly Guided Caliphs and Islamic periods The series, in addition to displaying a group of different archaeological pieces and paintings that include texts, pictures and plans dating back to this period and the Hall of Unification of the Kingdom that tells about the beginning of the first Saudi state to our time, by displaying paintings and pictures of the periods of the Saudi state in addition to I have films showing a selection of heritage pieces for the Kingdom, the King Abdulaziz Hall and King Saud, which include some of their own holdings, and pictures of their history and their lives, may God have mercy on them, and finally there is the Jeddah Hall that contains exhibits on the city of Jeddah, and what has happened in it. Through pictures and old maps of the city, films will be shown in the museum about the monuments and heritage of the Kingdom.

It is one of the richest regional museums that dive into the history of science and technology in the ages of Islam, and it is interested in enriching awareness of the contributions of Muslim scholars in this field, and advancing new scientific inventions and achievements, and the museum highlights the achievements of these scholars during the golden age of the seventh to seventeenth century, most notably Jaber Bin Hayyan, Abbas bin Firnas, Al-Kindi, Al-Razi, Al-Jazari, Taqi al-Din and others. The museum reviews how their accomplishments contributed to shaping the current world, and how their pioneering work laid the foundation of modern civilization and the world today benefited from their knowledge, and the museum uses the latest technology for interaction The exhibition presents important achievements in science and technology during the golden age of Islam, as it enables its visitors to take a virtual tour through its website, and the museum displays its message in the context of a story narrated by the exhibits inside it, which enriches its visitors with rich information gained through a number of interactive screens spread throughout its It provides an explanation on knowing the most important reasons that led to the flourishing of science and technology in Islam during the golden age in the period 29-1060 AH (650-1650 AD). According to information from the official website of the museum, it displays examples of devices developed by Muslim scholars such as the Citadel Clock Alma It is from the invention of the island world, as well as the wind tower, water lifting machines, windmill, the four-sided lock and the lock with the secret numbers. The museum is divided into 9 groups, where it offers presentations on technology, chemistry and mathematics, art and architecture, astronomy, navigation, life science and the environment, and at the end of a visit In the museum, visitors test their knowledge of science and technology in Islam through the interactive information test screen, and another presentation briefly explains the contributions of Muslim scholars and engineers, as well as general information about current science. 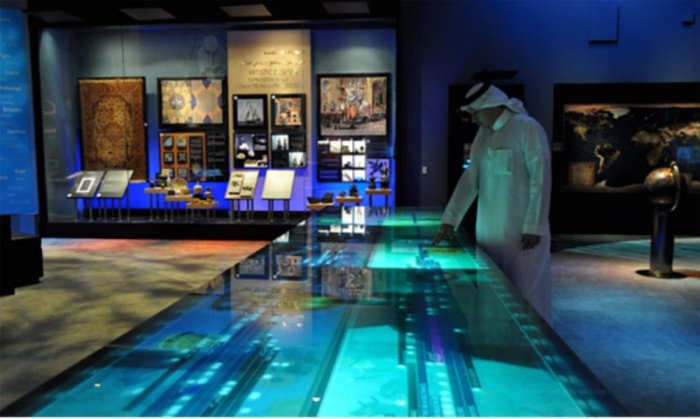 Inside the King Abdullah University of Science and Technology Museum 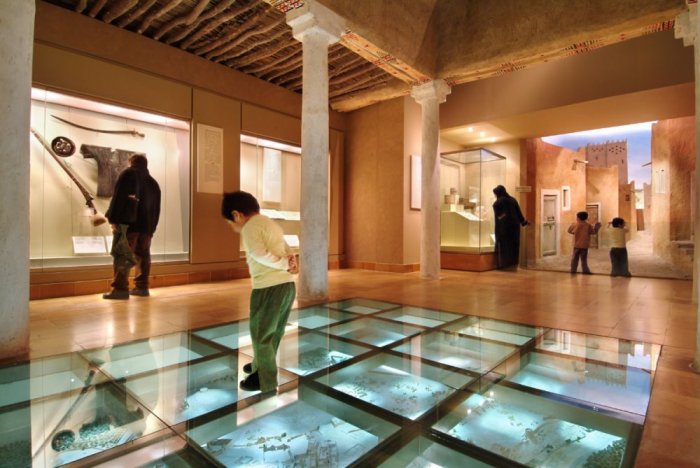 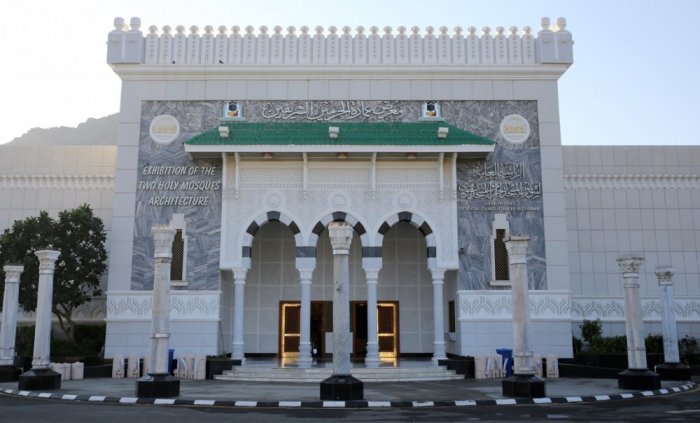 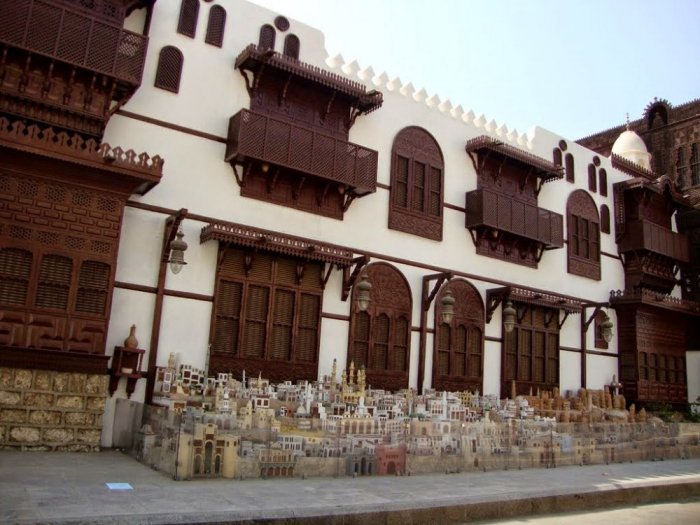 The most beautiful artificial islands around the world