Iceland and the island of Himai..a journey through the embrace of nature

If you are looking for a different and exciting tourism adventure, here is a distinctive new destination … it is Iceland.

Head north to Iceland, a country of legends and fairy tales that arose out of its magical volcanic nature, where you can spend an unforgettable tourist trip.

Iceland has a picturesque nature that fascinates spectators, making it a destination for global tourism over the past years, where visitors find a haven of comfort in the embrace of virgin nature..and recently Arab tourists explored this unique place and came back loaded with stories of adventure and pictures.

One of the most important characteristics of Iceland is that the day never ends, as the day extends for a long time of up to 22 hours due to the geographical location of Iceland, which makes the visit more exciting.

Visitors to Iceland enjoy visiting the sites of dormant volcanoes, which were active in the past, leaving behind magical rock formations thanks to its unique composition of minerals.

Visitors also find pleasure in heading to the Blue Lagoon with its stunning turquoise waters, where they can enjoy the delicacy of salmon fishing that blooms in the waters of the North Atlantic Ocean.

One of the most beautiful scenes in Iceland is the hot springs flowing water, where thousands of tourists flock to see the sparkling water with a temperature of up to boiling point as it flows from the ground under the influence of active active volcanoes nearby.

Tourists also spend time contemplating the magic of nature with the Digarvos Waterfall, which has a unique and picturesque view, from where it touches areas of volcanic heat, which makes it flow in the snow in a beautiful and charming way.

Visitors to Iceland are also keen to head to Wadi Al-Sukhan, a valley in which the eyes of water suddenly burst as a result of heat reactions in the ground and the height of the water flowing from the craters of the earth reaches 60 meters!

You can also take the most beautiful pictures that embody the splendor of nature and the greatness of the Creator in Jokulsarlon beach, where it is characterized by the presence of huge blocks of ice floating above the water that pushes it during the tides in a magical scene.

Iceland also provides visitors with many of the parks and nature reserves listed on the UNESCO World Heritage List, where you can enjoy watching rare species of birds, foxes and other animals that live only in the north of the globe.

As for lovers of skiing and camping in the mountains, they head to the Isafjordur region, where they enjoy the scenery of mountain ranges that have been formed by volcanoes through millions of years, waterfalls falling from them, green plains and valleys around them.

One of the most beautiful attractions that tourists are keen to visit every time they go to Iceland is to visit Himai Island, which is famous for Elephant Island.

Himay Island is the largest island in the Vestmannaeyjar archipelago and is also the only one within this inhabited archipelago.

The island has a population of only 4,500 people, but it receives 10 million tourists annually who seek unique adventures and the captivating beauty of nature.

The island is located in the bosom of Mount Fire, which includes the famous Eldeville Volcano, which activates every few decades to throw lava on the mountains, giving the lands around it a natural fertility of molten minerals.

The island is characterized by a giant rock formation resulting from the ancient lava in the form of a giant elephant or an extinct mammoth. This rock elephant appears as if it is coming out of the water with the tides in a scene that hijacks hearts and eyes.

Some may think that the climate of Iceland and Himai Island is cold due to its location in the North Atlantic Ocean near the North Pole, but it has a wonderful and mild climate in summer or winter due to the heat that the surrounding volcanoes and hot sparkling lakes have.

One of the most enjoyable moments for Icelanders is the two-hour polar twilight, where the sky turns pink or green in a way that is fantastically exciting … and this is the night of Iceland! 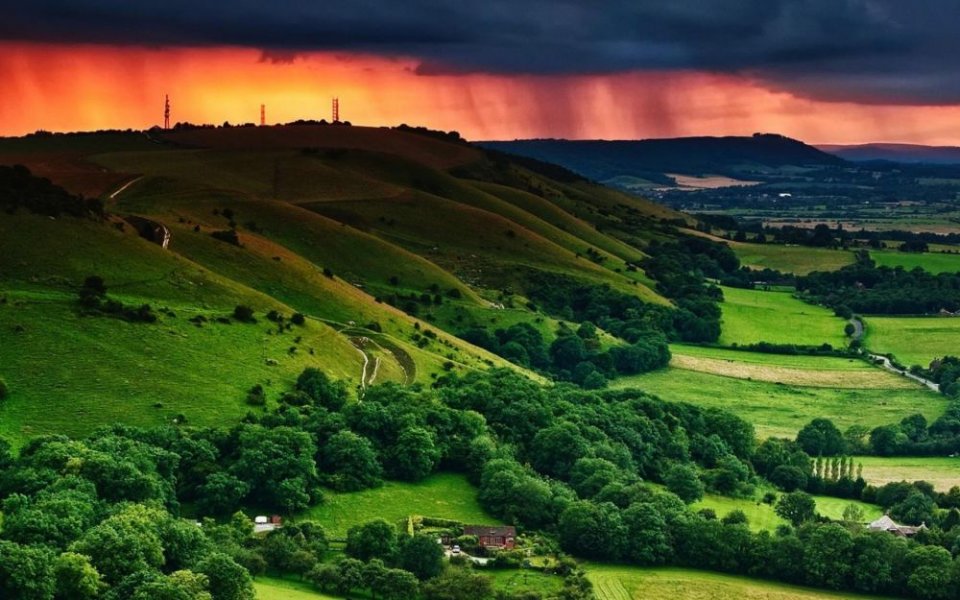 The scenic plains of Iceland 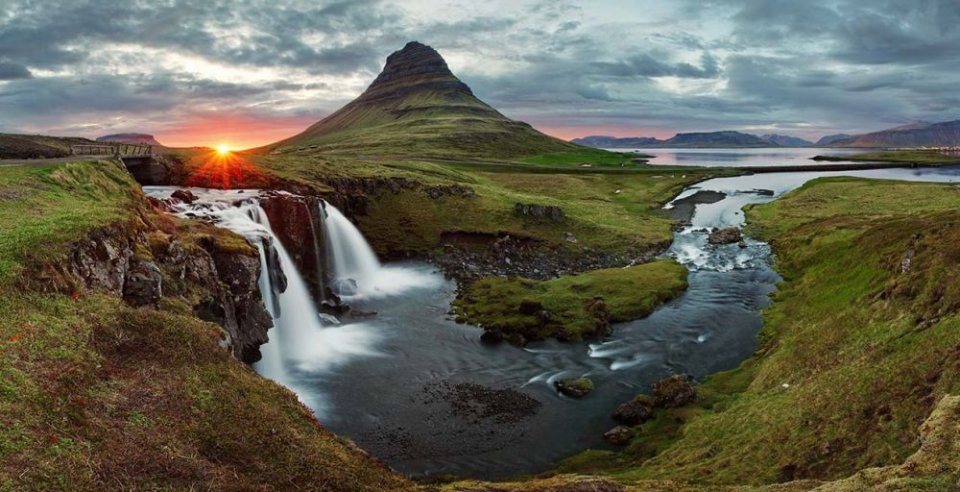 The beauty of nature in Iceland 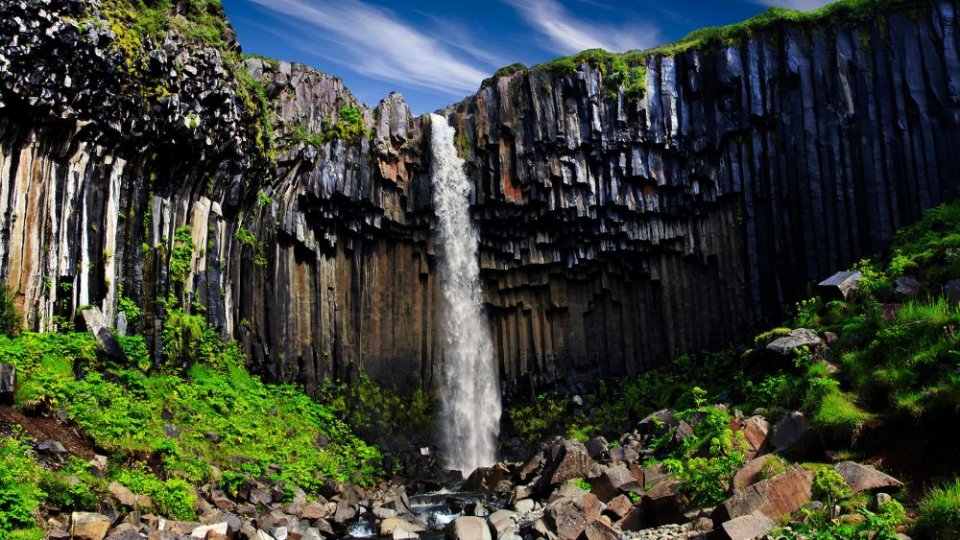 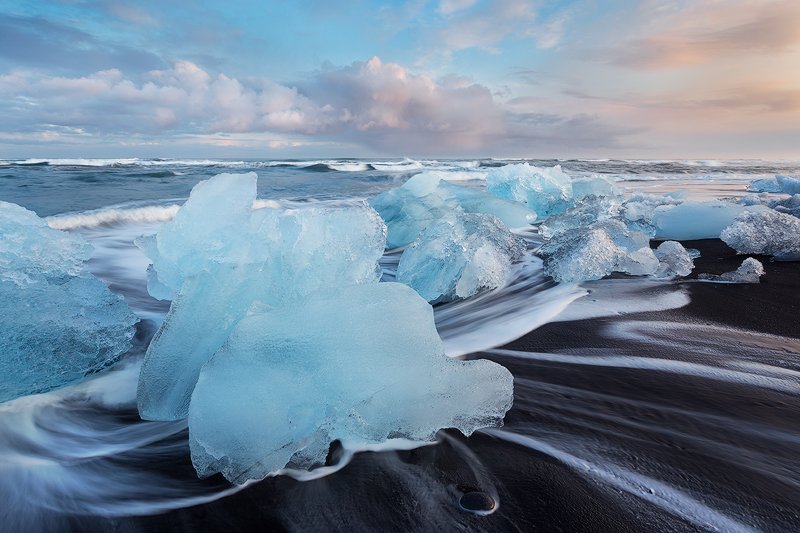 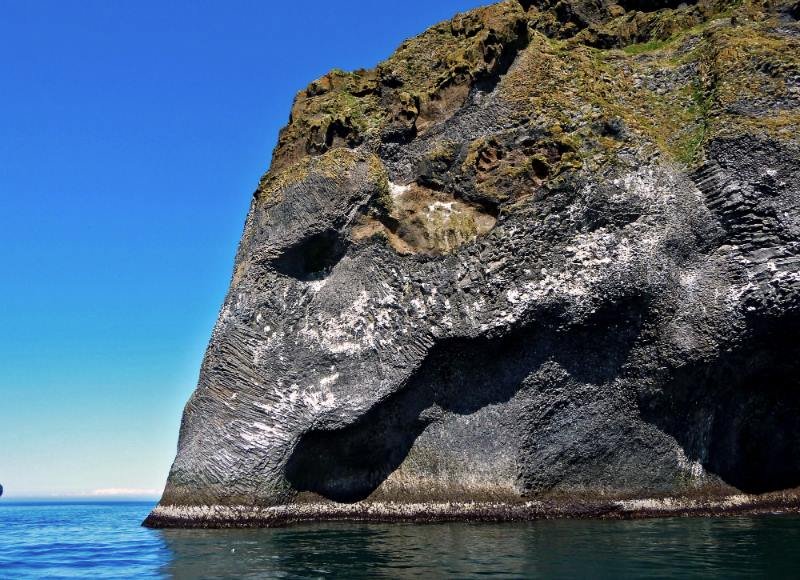 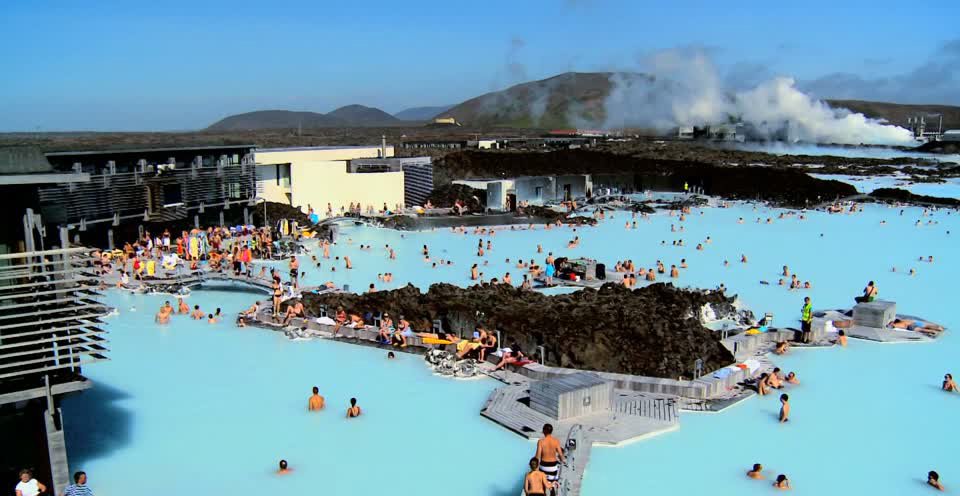 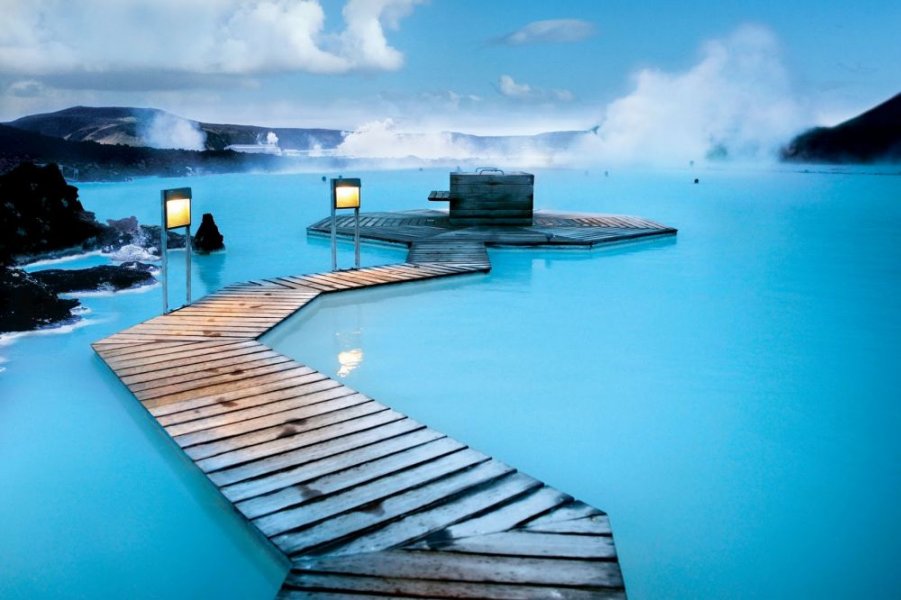 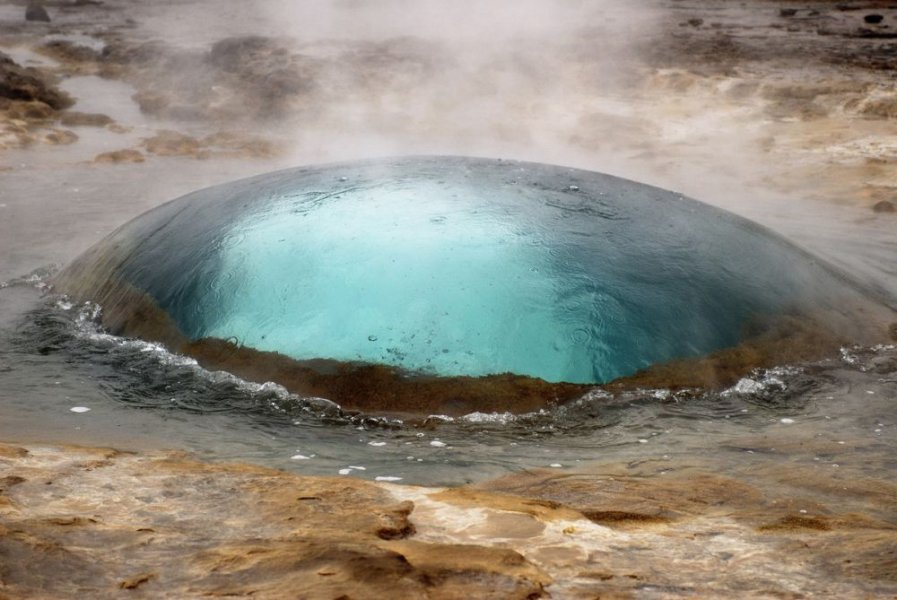 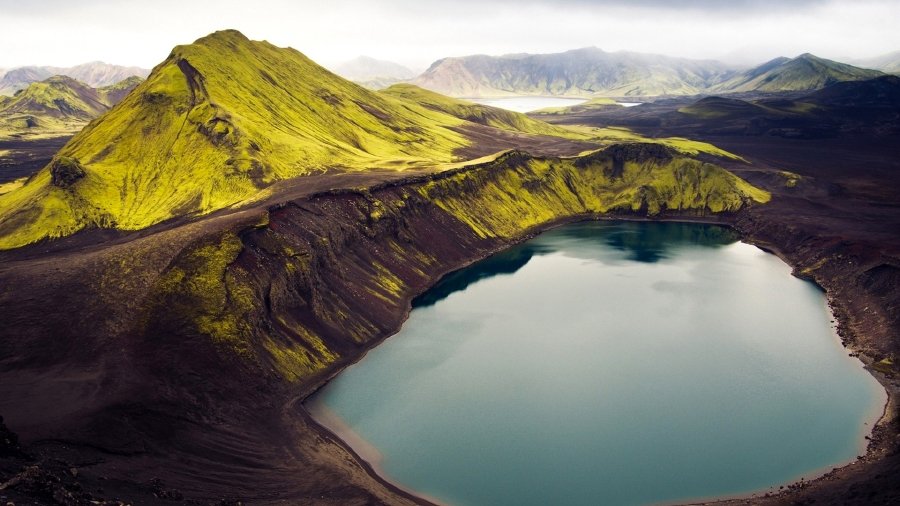 Do not miss the adventure in Iceland 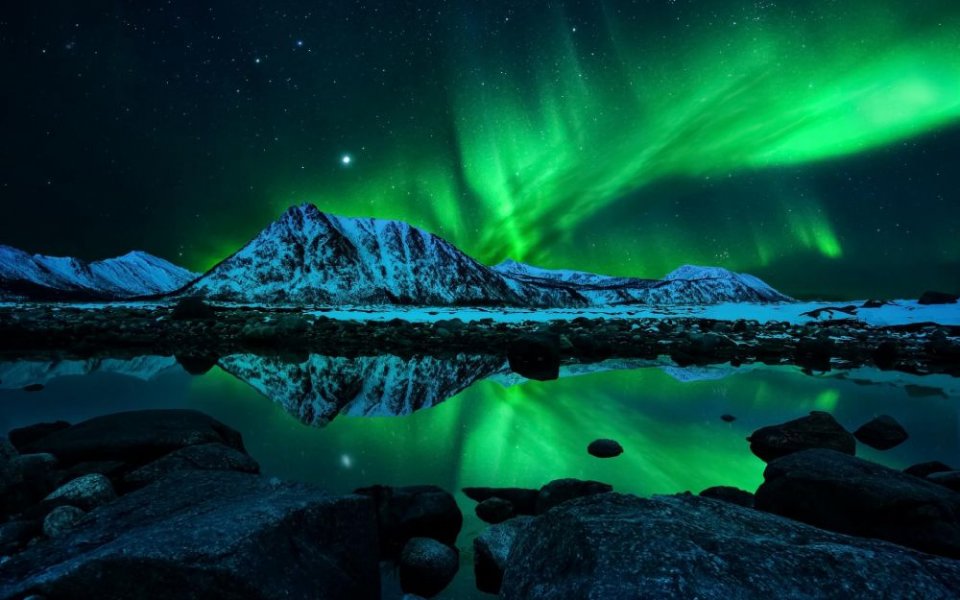 Aurora Borealis is a great opportunity to take pictures in Iceland 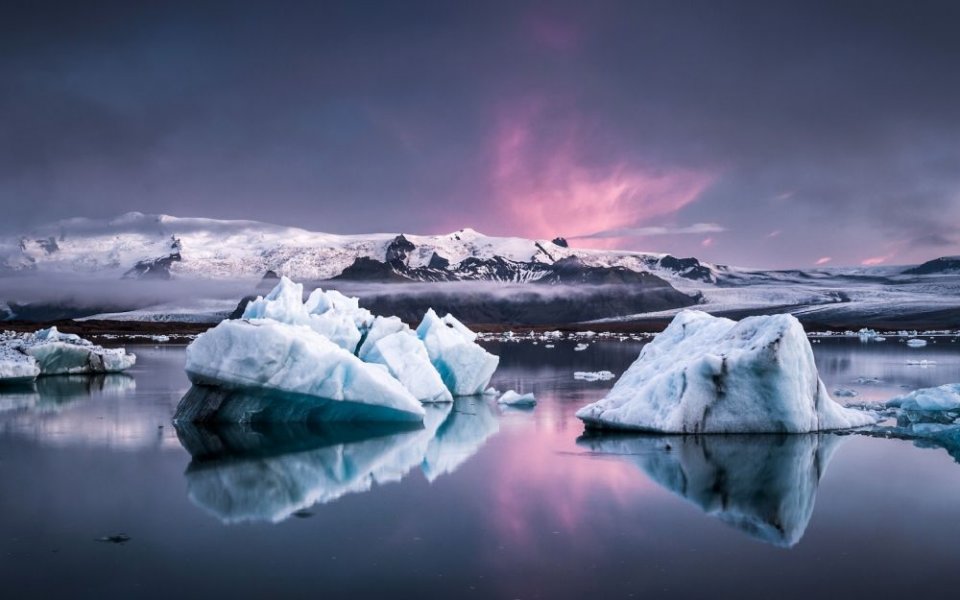 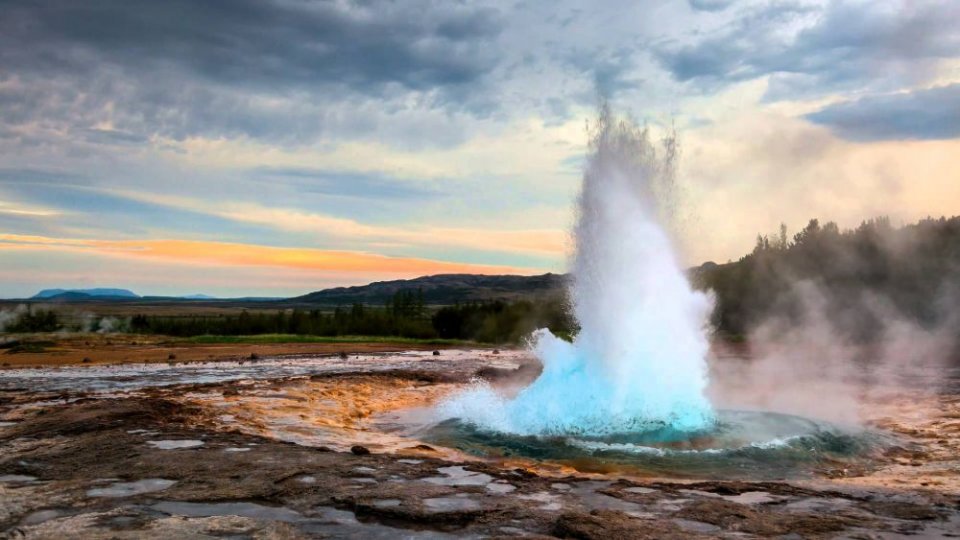 Hot water flows from the ground in Iceland 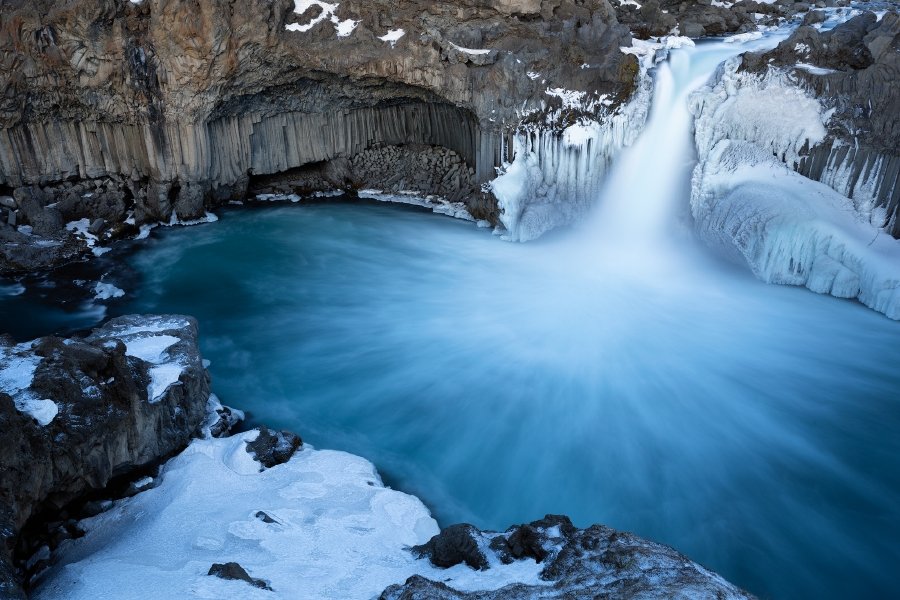 Wonderful islands that are not appreciated

10 attractions paint the splendor of Colombia