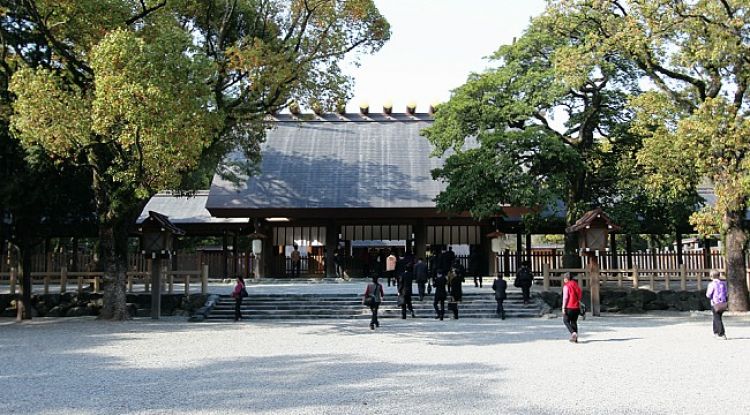 The shrine was established during the first century AD, and is considered one of the most important shrines of Japan, and this shrine is famous for its slogan that dates back to the imperial era, as it was built during the days of Emperor Kiko, and the shrine was destroyed during World War II, but it was restored again And this shrine is distinguished by a slogan of a lawn mowing sword at its entrance. It is completely surrounded by a wonderful wooded area. As for the main shrine it is known as Hongo, and it is completely surrounded by a closed wall. As for the eastern area of ​​the shrine it is known as the Treasury, and this area includes a large number Of artwork, including old photos, jewelry, and masks for this Era, and the place receives annually exceed nine million visitors. 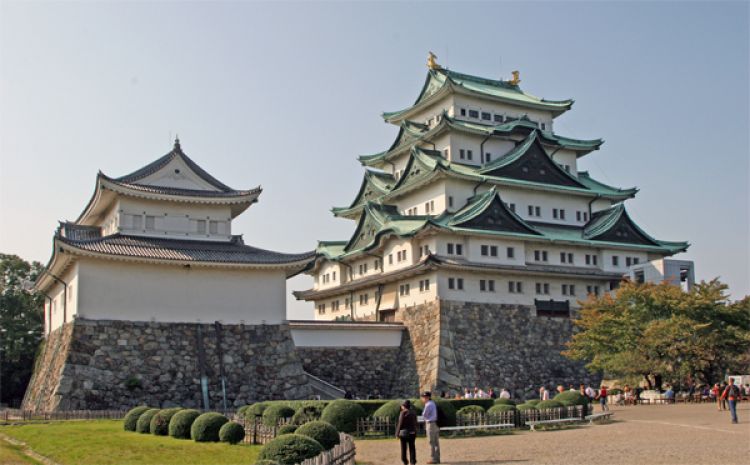 And this castle is one of the most prominent and most beautiful castles in the world, and it is one of the most important tourist attractions in Japan, and this castle was established in 1612, then it was rebuilt in 1959, and one of the most important attractions is its main tower, which reaches its height 48 meters, it is decorated with some gilded dolphins, and the castle includes a museum that displays a treasure trove of art and mural paintings, and it consists of five floors, in addition to that it is near the Ninomaru Park. 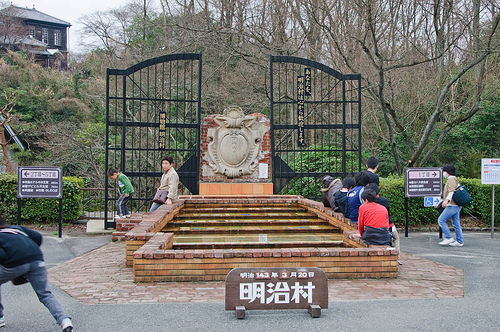 And this museum is located 24 km from the northern region of the city center of Nagoya, and the most beautiful thing about this museum is that it is open in the open air, meaning that the tourist can enjoy the beauty of the place and the splendor of the climate at the same time, and the museum is characterized by its Japanese architecture Distinguished, which is one of the most important places open to the public throughout the year, and displays the foundations of ancient Japanese architecture, and the most beautiful forms of old furniture. 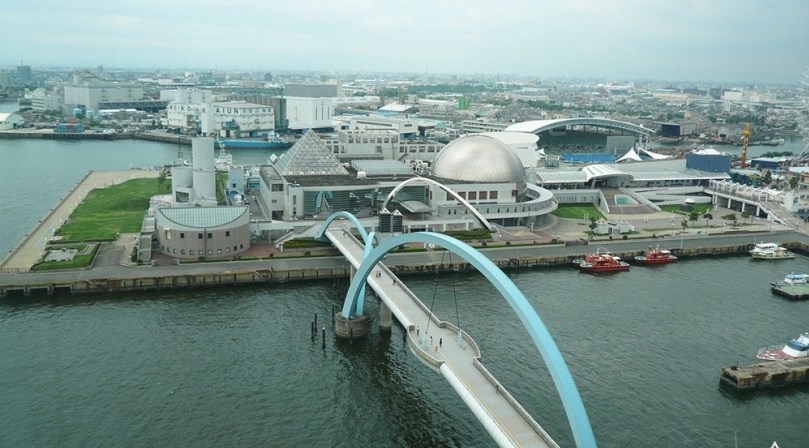 And this port is located in Ice Bay, and recently it was considered one of the most important tourist attractions in the city, especially for those traveling with children, as it includes a large number of recreational places that children love, especially the great aquarium, which includes A large number of exotic fish, as well as the old Fuji ship, as well as a small park and a wonderful garden for the most beautiful wildflowers.

The Higashiyama Zoo was opened in 1937, and thus it is the oldest and largest zoo in Japan, and includes 125 species of various animals, including monkeys, tigers, elephants, giraffes and lions, as well as an aquarium for some tropical fish, and places for many From the birds and reptiles, and near this park lies the Botanical Garden, and while in the park you can climb up to the Higashiyama Sky Tower, which reaches a height of 100 meters, and through it you can enjoy a wonderful view of the city.