Sightseeing in Frankfurt is a city of beauty, culture and day trips

Tourist sites in Frankfurt are among the most beautiful things to visit in all of Germany.
Frankfurt is the fifth largest city in Germany, and the German center for trade, tourism, arts and culture.
Frankfurt is located on both sides of the East Main river, next to the Taunus mountain range in Germany.
In terms of history, in 1372, it was considered a free city directly under the Roman Empire, without being under the control of a king or a local nobility.
In this article, we will talk about the most important tourist places in Frankfurt, which we advise you to visit whenever you visit the city. 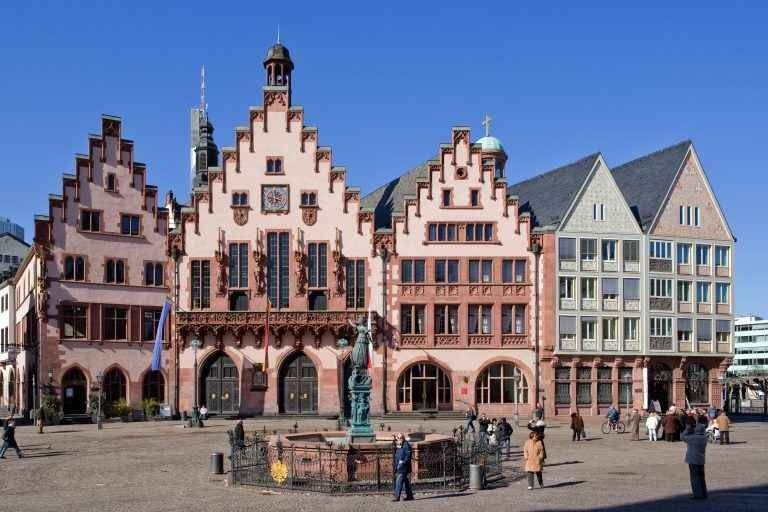 It is one of the medieval palaces.
It is one of the most important sights in Frankfurt.
And the word Romer in German means Romanian.
This palace has been the Frankfurt City Hall for more than 600 years.
The owner of the palace sold it to the city council in 1405 to turn it into the city hall. 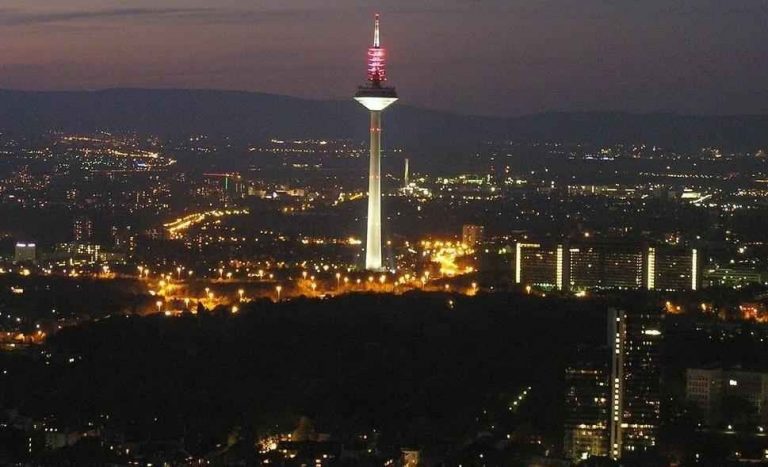 It was built in 1974 AD.
It is the second tallest tower in Germany after the famous Berlin Tower, with a height of 337.5 meters.
When you climb on this tower, you can see full scenes of the religion of Frankfurt.
It is one of the tourist places in Frankfurt, which attracts a large number of tourists every year. 3- Frankfurt Forests: 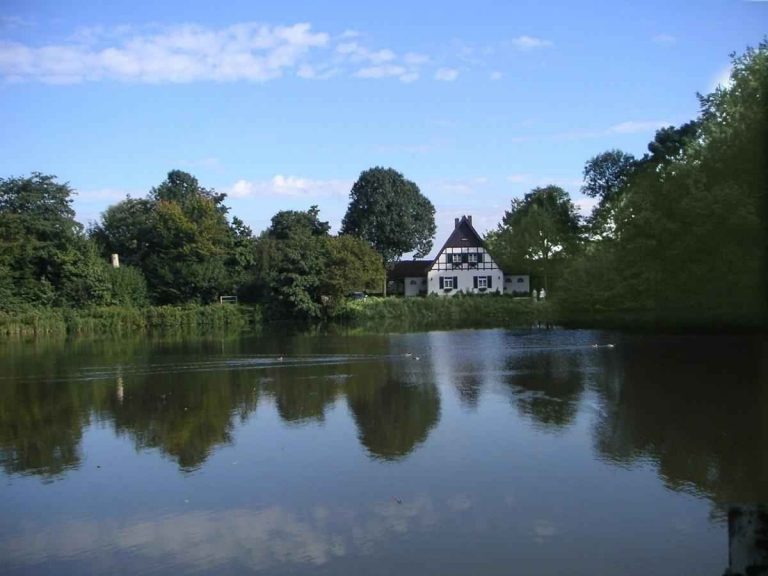 It is the largest forest located in the German city.
It is suitable for individuals who want to spend time away from hustle and bustle.
It contains biking trails, as well as a large café group. 4 - Sunnberg Museum: 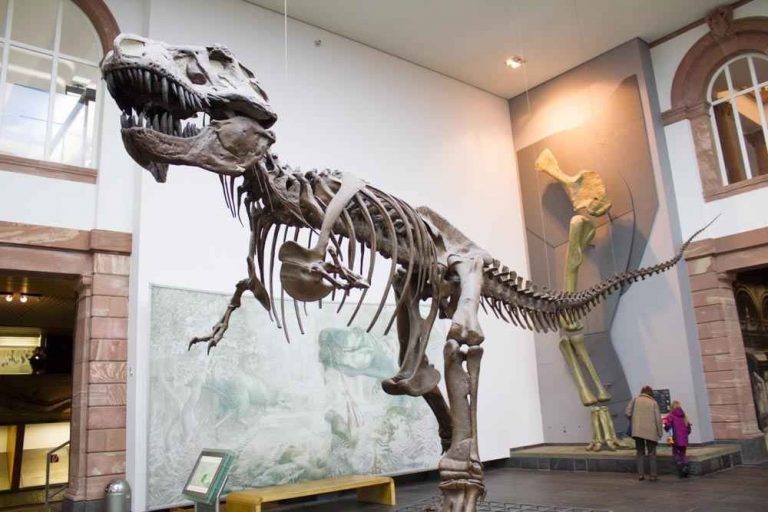 It is a museum specialized in natural history, displaying the remains of living things.
It is the second largest museum of natural history.
It is the largest museum displaying dinosaurs on the continent of Europe in general.
It contains 2000 samples of birds and stuffed animals.
It is one of the most popular tourist destinations in Frankfurt, as it is visited by many local residents, as well as tourists.
The total number of its visitors reached half a million in 2010. 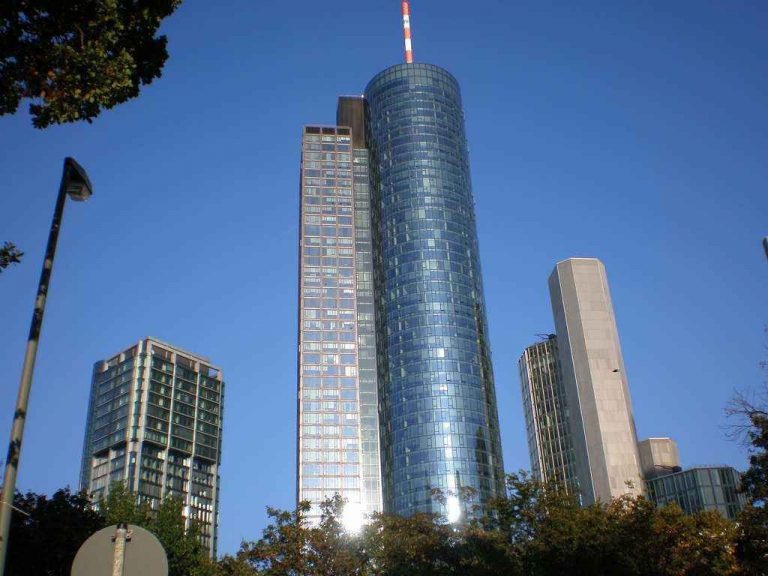 It is the skyscraper located in Frankfurt.
It reaches a height of 200 meters and contains 56 floors.
And it bears the name Main River, which passes near the city.
There are two platforms inside for tourists to see the city from above, in addition to it contains five underground floors. 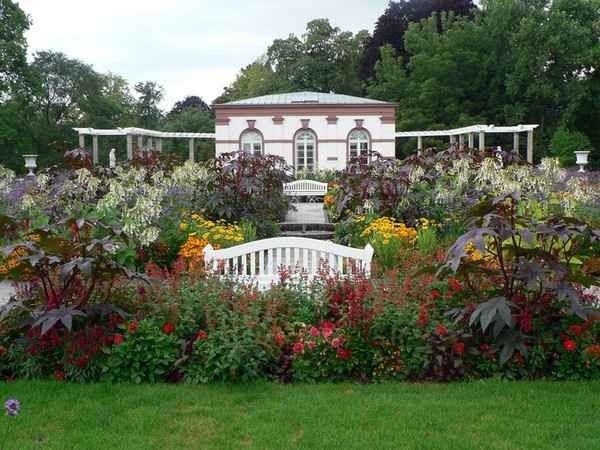 It is the largest park in Germany.
It was designed by engineer Heinrich Sesmeier, and it was officially opened to the public in 1871.
It contains a wonderful collection of plants and trees, you can wander around the garden, and enjoy the fresh air. This was one of the most famous sights in Frankfurt, which can take from your schedule during your visit to Germany more than two days.

Frankfurt is not only a tourist country, but also a huge commercial center thanks to its location on the River "Main". It is also an ideal starting point for exploring the surrounding areas in Germany because of the presence of many means of transportation in it. Whether you are searching for historical places, medieval castles or natural scenes on the banks of Rivers, one-day trips from Frankfurt can satisfy all your desires. 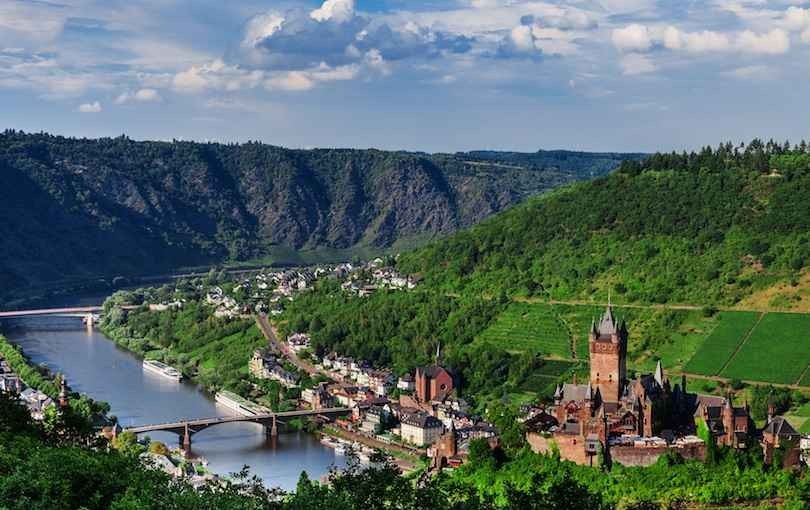 Cochem-Cochem is located two hours west of Frankfurt and is one of the most beautiful ancient cities that seem to have been frozen in a previous historical era. The city is located on the banks of the “Mosel” river, where the valley is filled with houses covered in wood with a charming view, in addition to the beauty of the city There are a group of ancient historical buildings, such as the castle (Schloss Reichsburg - Reichsburg Kochum). The castle, which is more than 1000 years old, is characterized by its elevated location, which makes it a suitable place for photographing and obtaining a full view of the city. Tourists spend time on the beach Boating and Adventure Sports. 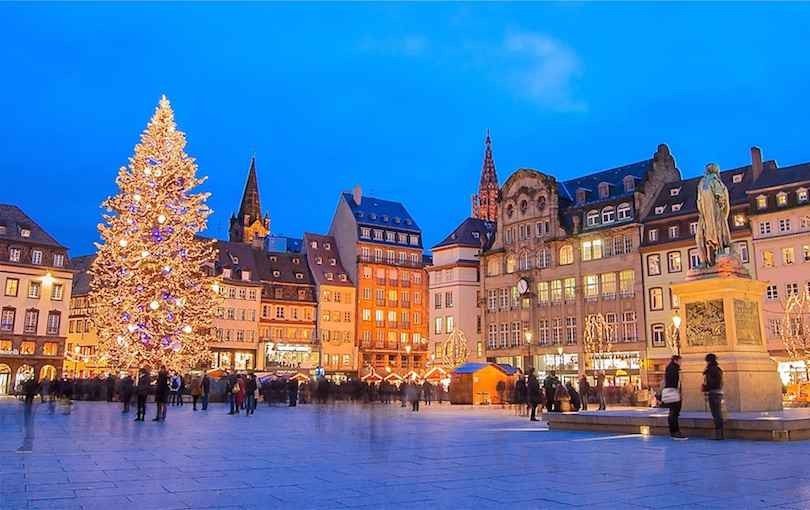 Strasbourg is located just two hours from Frankfurt, on the border between Germany and France. The most famous places in the city are Notre Dame Cathedral and the Museum of Art, which houses a large collection of Renaissance exhibits and is located across from the cathedral. 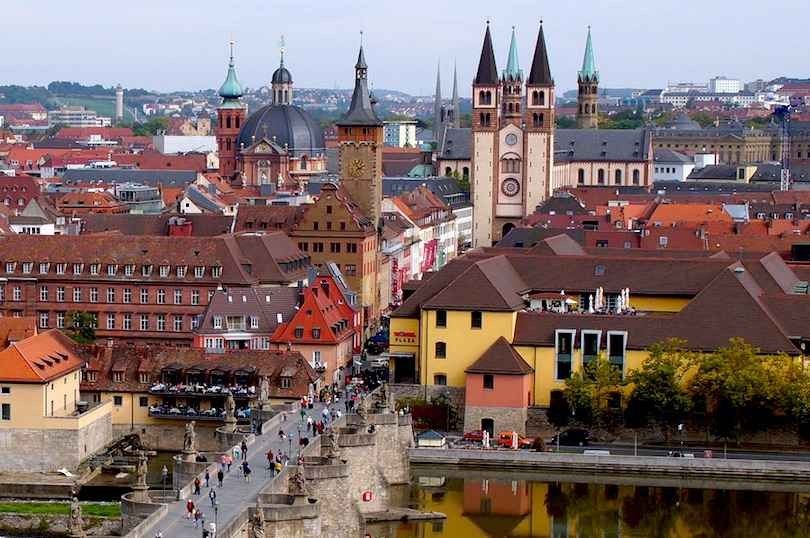 If you want to enrich the tourist places in Frankfurt, you only have to take an eastern train to visit the city of Würzburg - the city is an hour and a half away by train and is famous for one of the most beautiful historical palaces as it includes one of the oldest churches in Germany.The Palace of Würzburg includes about three hundred rooms and a large number of Artistic collections dating back to different historical eras. In addition to visiting the palace, you can spend quality time in the surrounding gardens, which are open to tourists. 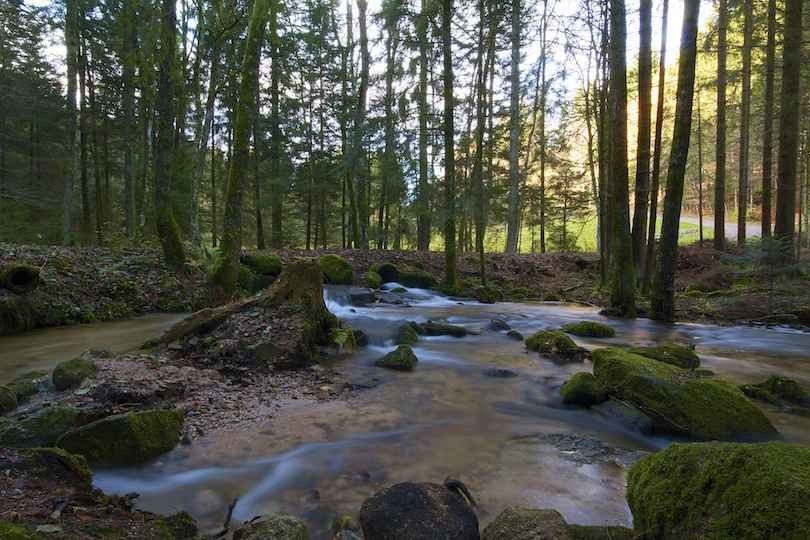 If you are looking for a natural beauty among Frankfurt attractions, we recommend that you visit Schwarzwald - the Black Forest. The Black Forest lies 240 km south of Frankfurt and is one of the most mysterious and exciting places of myth in Germany throughout history. But the forest is now one of the most important places for outdoor activities. And sports in summer and winter. While visiting the forest, you can take walks in the designated paths, skiing in the snow in winter, or relax in water baths and water eyes in summer. The forest includes ancient spas dating back to the Roman era erected on springs Thermal Ni allows for tourists to visit. 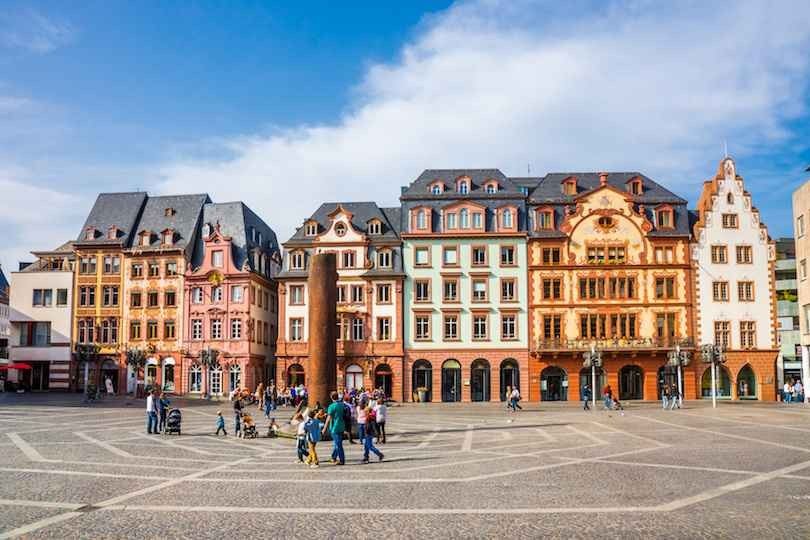 Those who do not want to get far from the tourist places in Frankfurt can visit Mainz, which is only 45 minutes away. The importance of Mainz is due to the fact that it is one of the cities with a long history where the Romans lived about 2000 years, leaving behind many monuments and places that deserve The city also has a group of museums, the most famous of which is the Museum “Gutenberg.” The old city (Altstadt) is one of the most beautiful things to visit in Mainz and includes a number of historical buildings dating back to the Middle Ages. 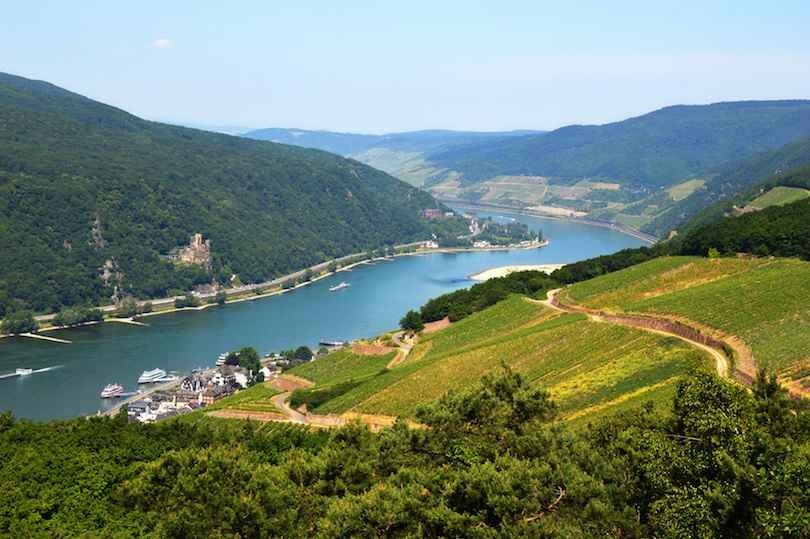 River cruises in the Rhine

River cruises are one of the best ways to explore the Rhine Valley with its charming green scenery and see the largest number of its attractions. During the river cruise starting from Frankfurt, you can see many historical castles and medieval villages. 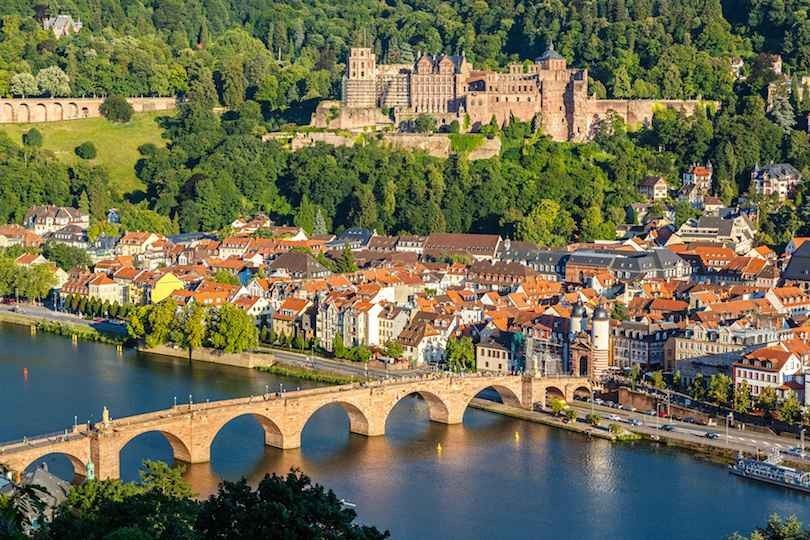 One of the important educational cities located to the south of Frankfurt and includes the oldest university in Germany. The history of this university dates back to the fourteenth century A.D. The train can also be taken to the tops of the mountain (Königstuhl) to see the enchanting views of the city from above. 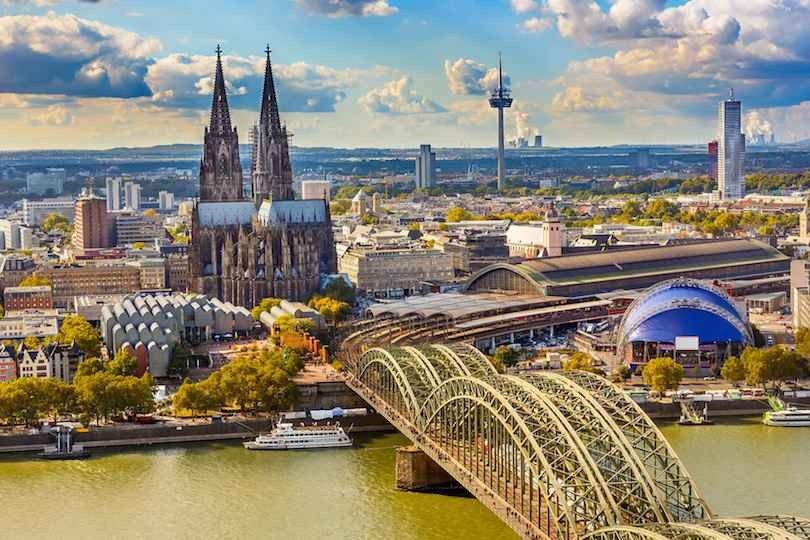 In the northwest of Frankfurt is the city of Cologne, which historically belongs to the Middle Ages. The city has long been a major stop in the Roman Empire. A number of strange and quaint monuments such as "Winged Golden Car", which is a pure gold car, made by the artist "HA Schult" and was not intended for the city of Cologne, but it was finally settled in the city museum. The car is not displayed in a showroom, but is displayed above the museum tower in Air Open air in front of the public’s eyes! In the suburb of “Brussels”, which includes a number of cafes, there are some strange statues, such as statues of some people drinking coffee on the balconies.